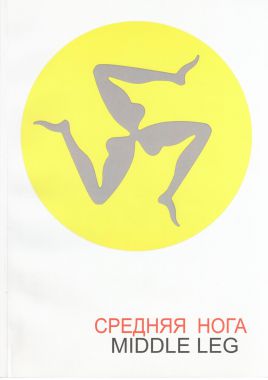 “In one of his last essays, Tartu dreamer Yuri Lotman spoke of the vital need for some kind of “ternary relations” to appear in culture, which would be capable of replacing the inertia of the pendulum of civilization, which swings from one extreme to another, destroying everything that falls in the path of its oscillatory movements… The project turns to the problematic of binary oppositions, the correlations upon which our ideas of the formation of history and society have been built for ages. A unique collection of works by Ukrainian artists of various generations and styles is placed in a publicly accessible sign system, sometimes forbidding, sometimes dividing, but always isolating their human origin … This exhibition approach does not de-structure the artists’ works displayed in such an uncommon context. Au contraire! The works (which are primarily paintings, an art form that celebrates the individual source) easily exceed the “given frames.” (M. Rashkovetsky, from the introduction to the catalogue).