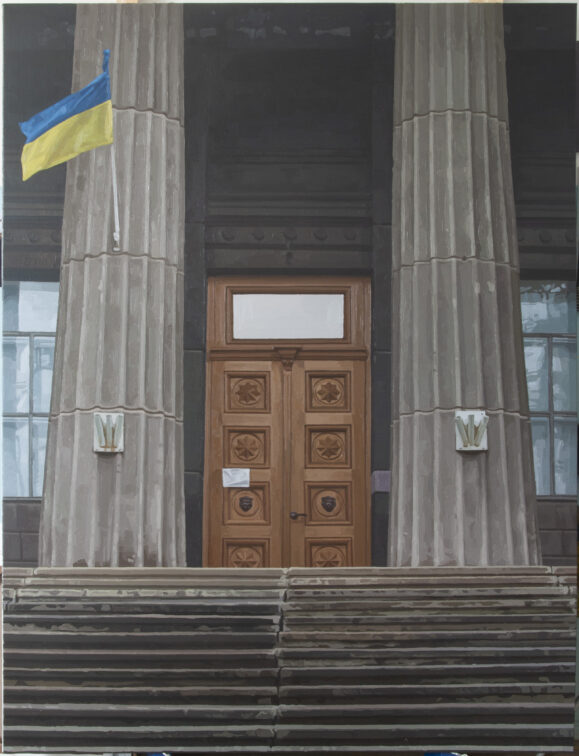 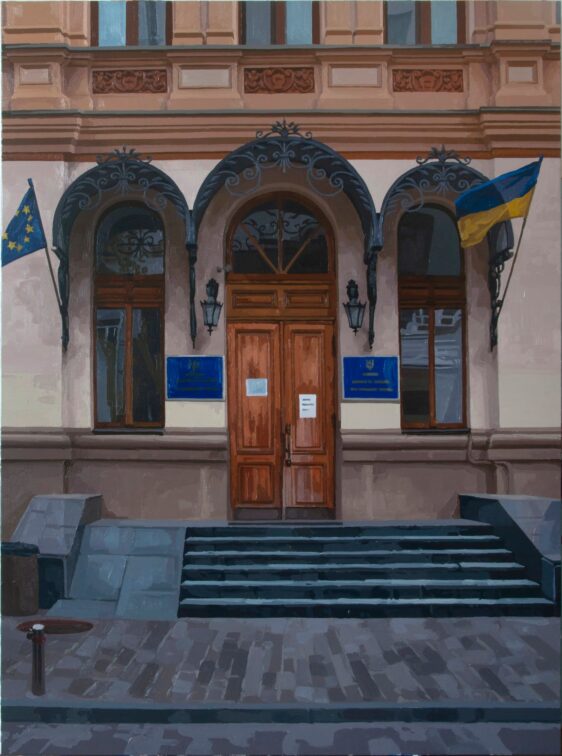 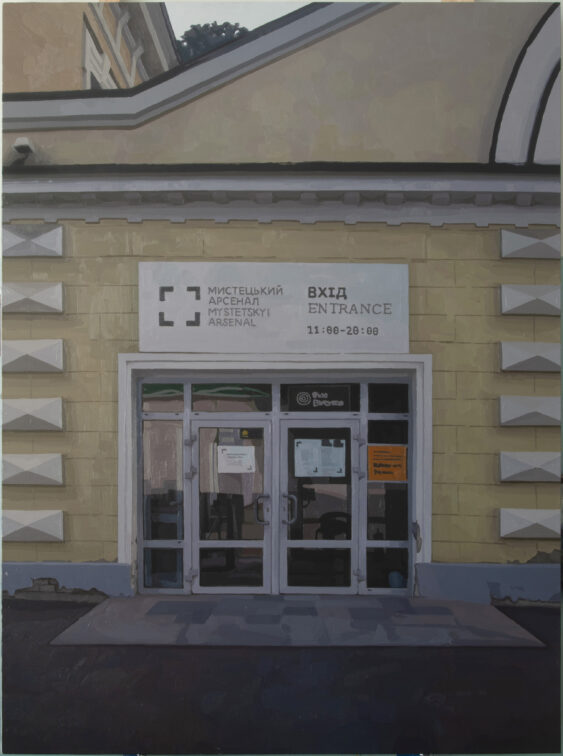 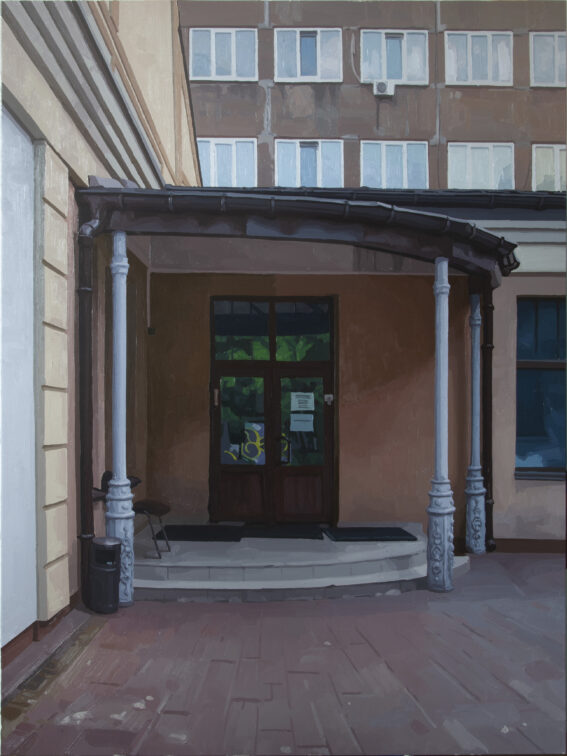 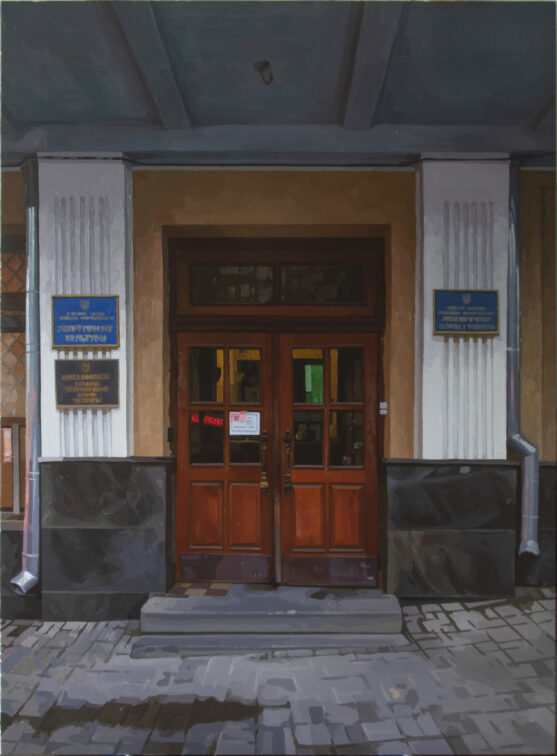 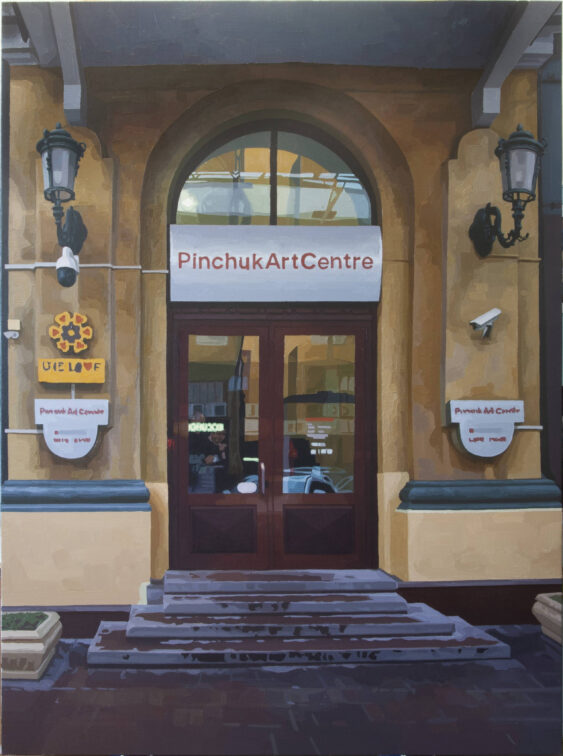 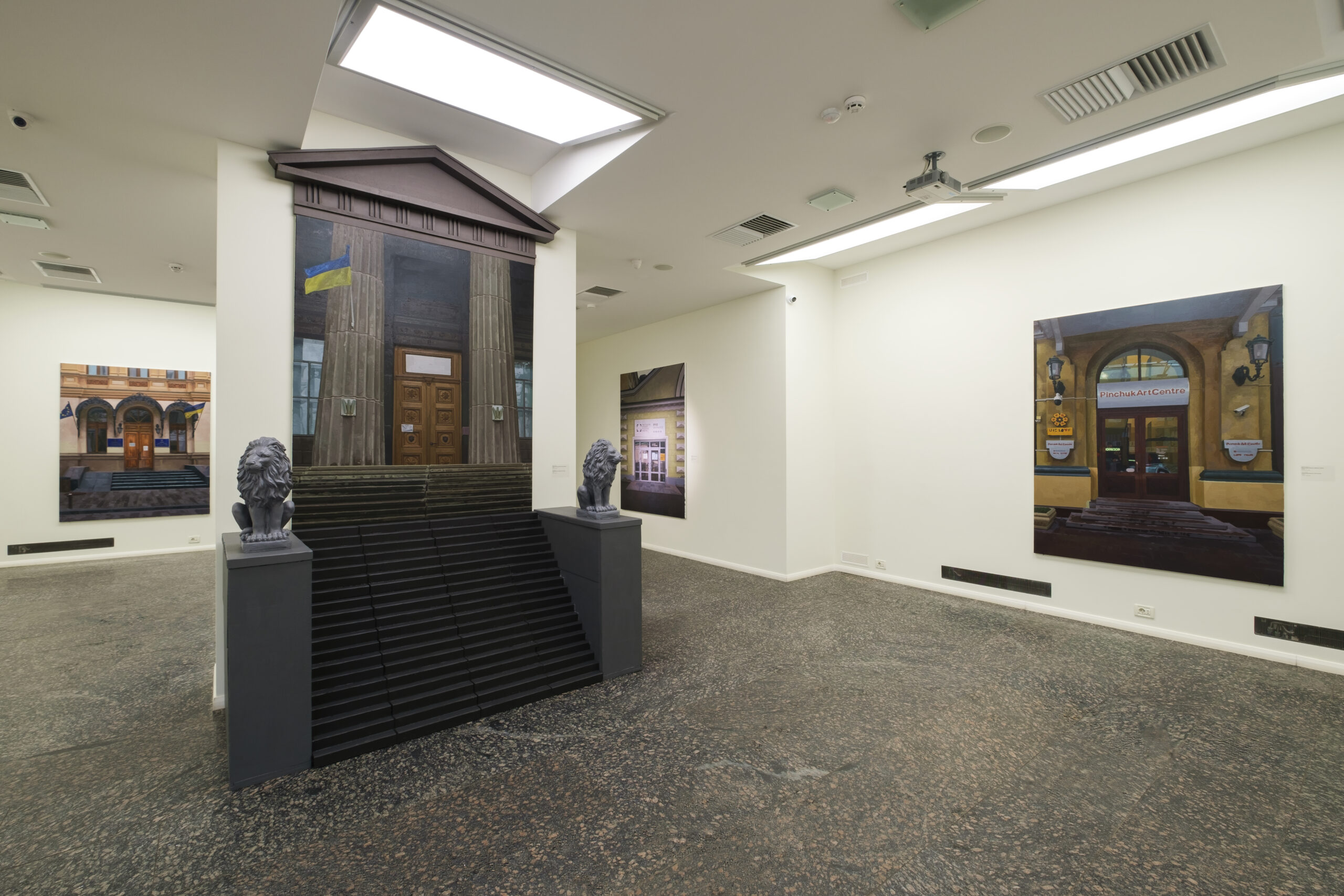 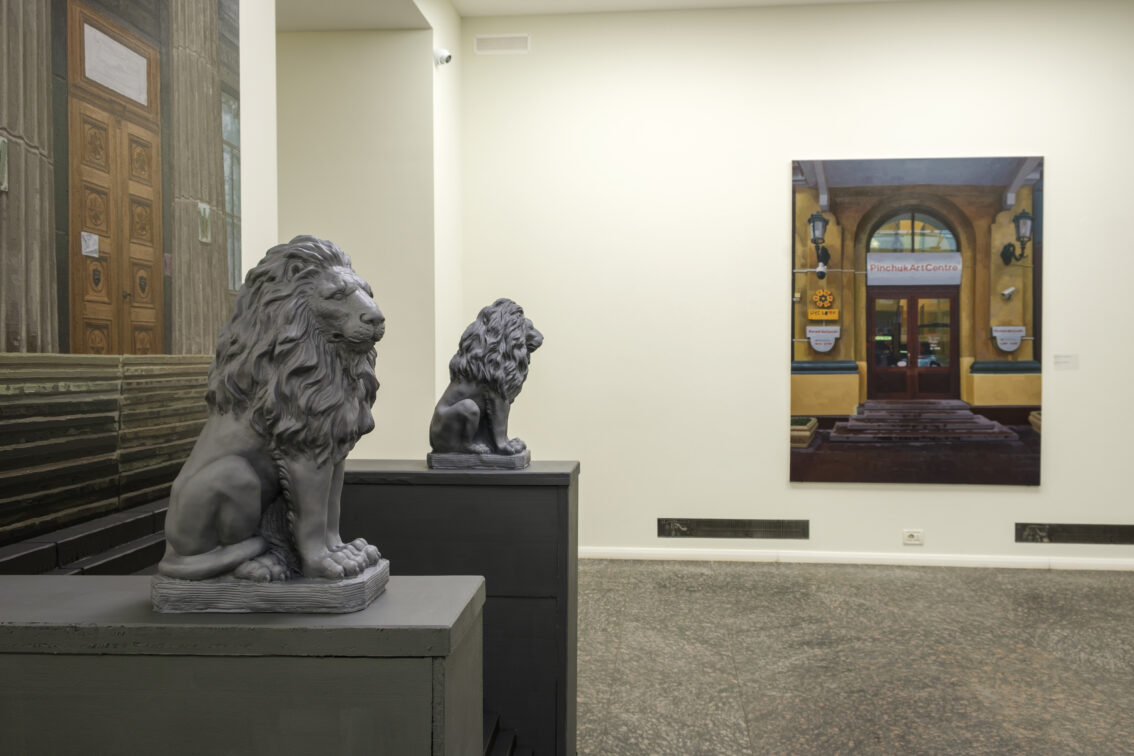 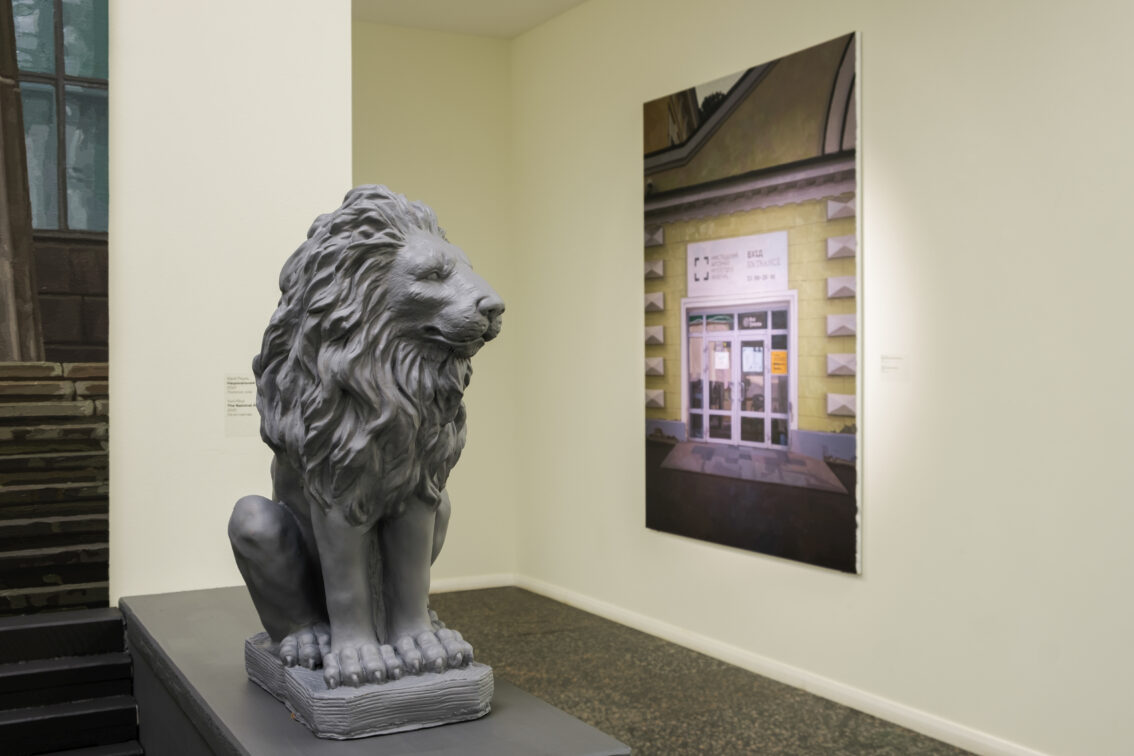 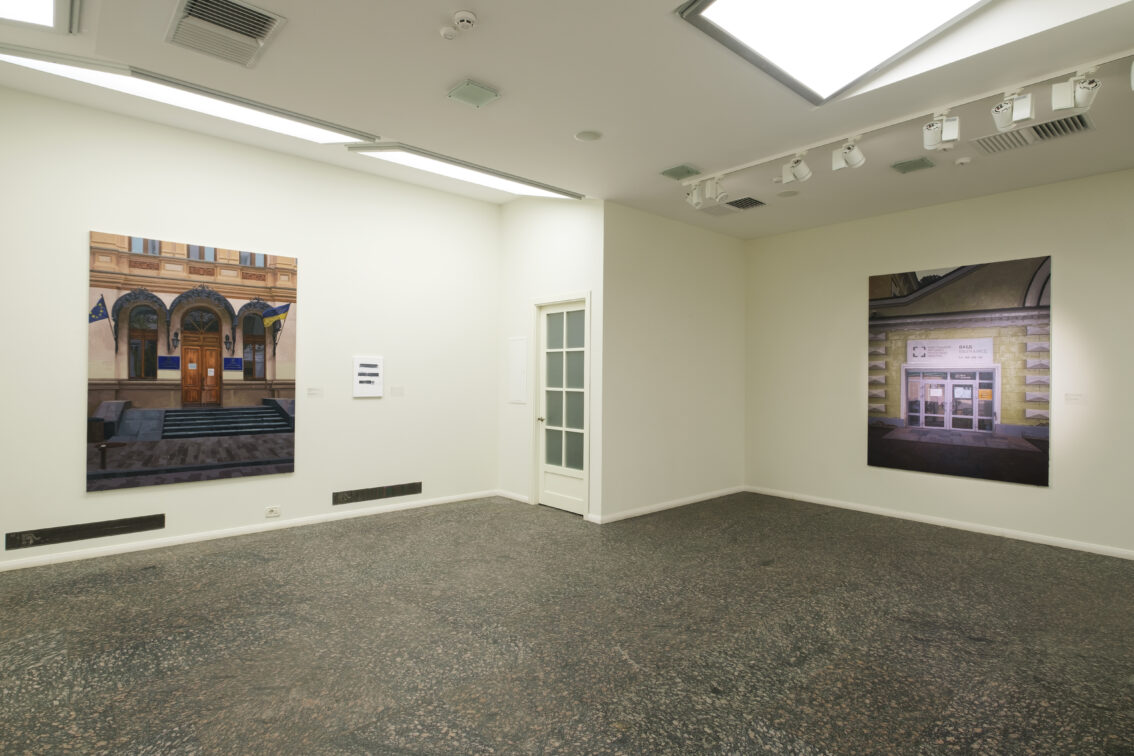 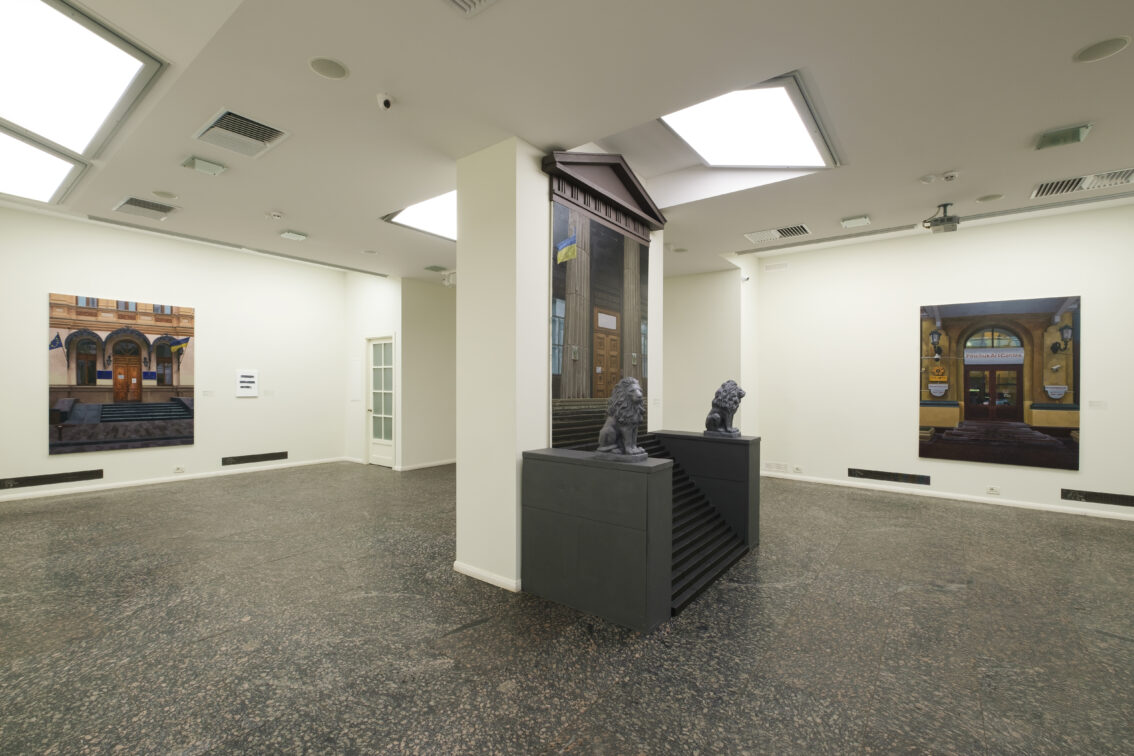 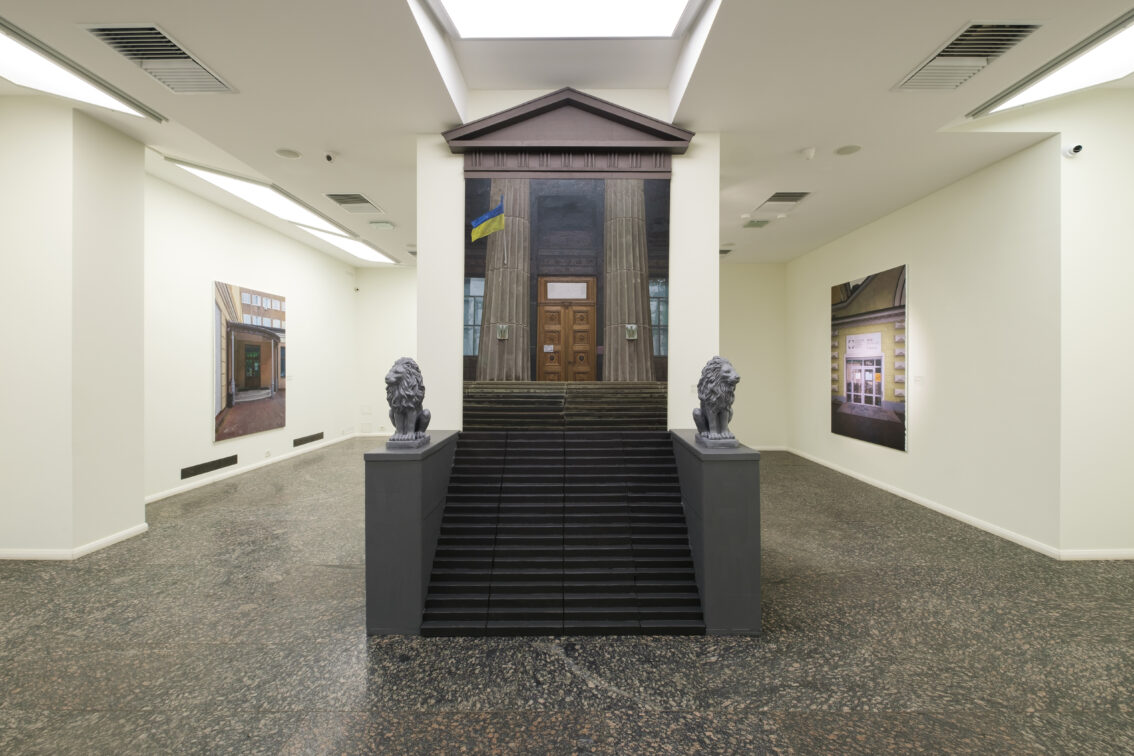 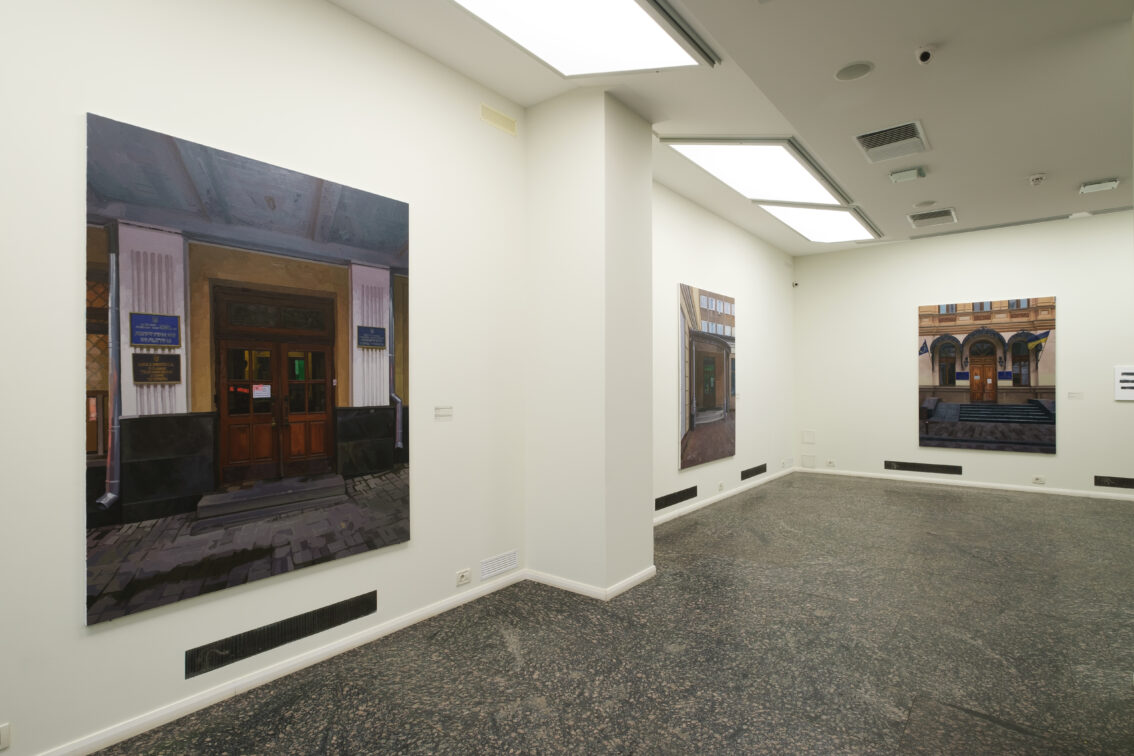 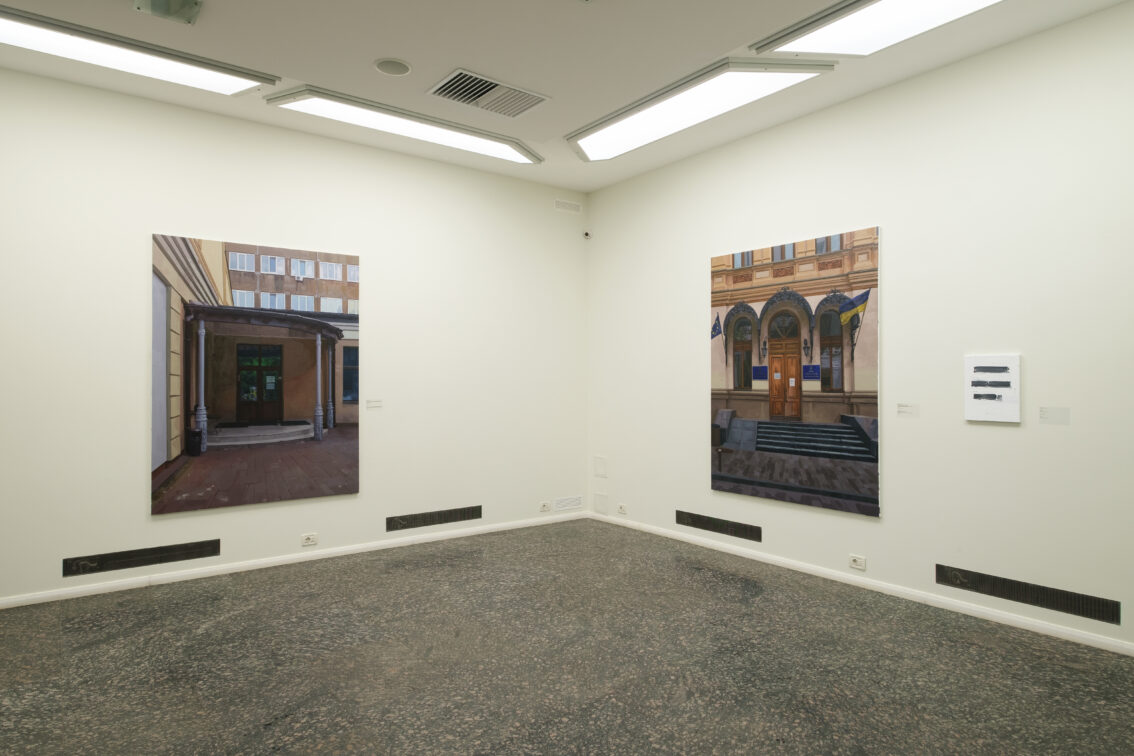 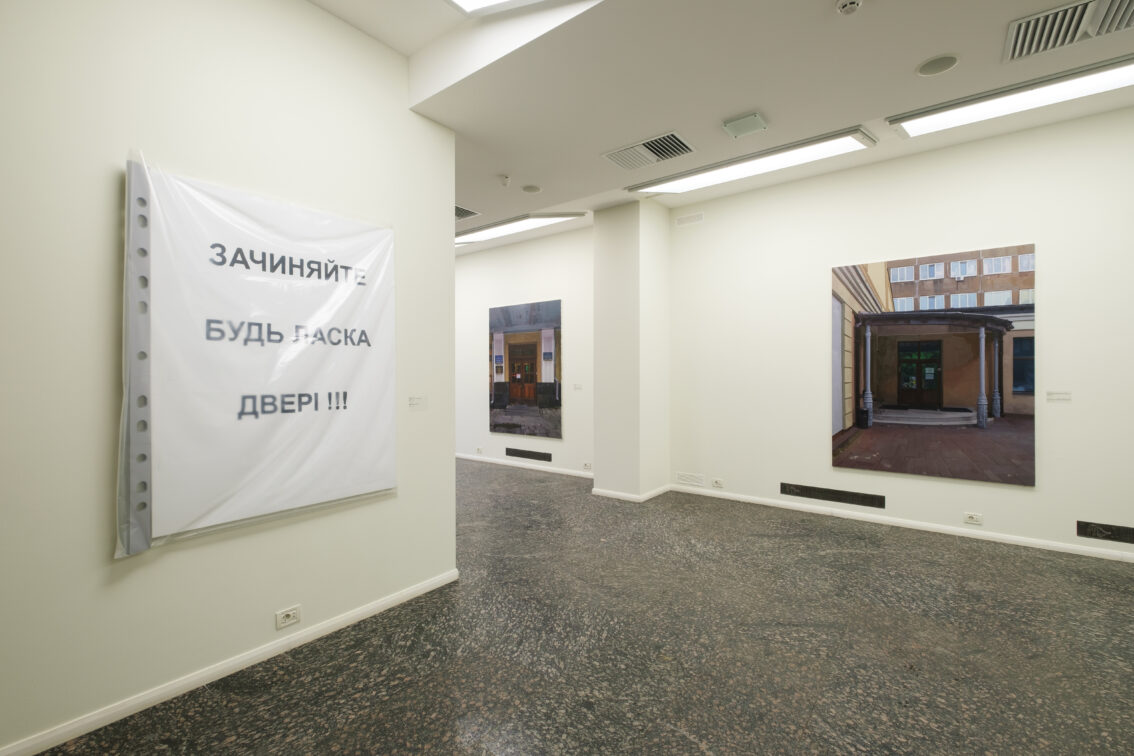 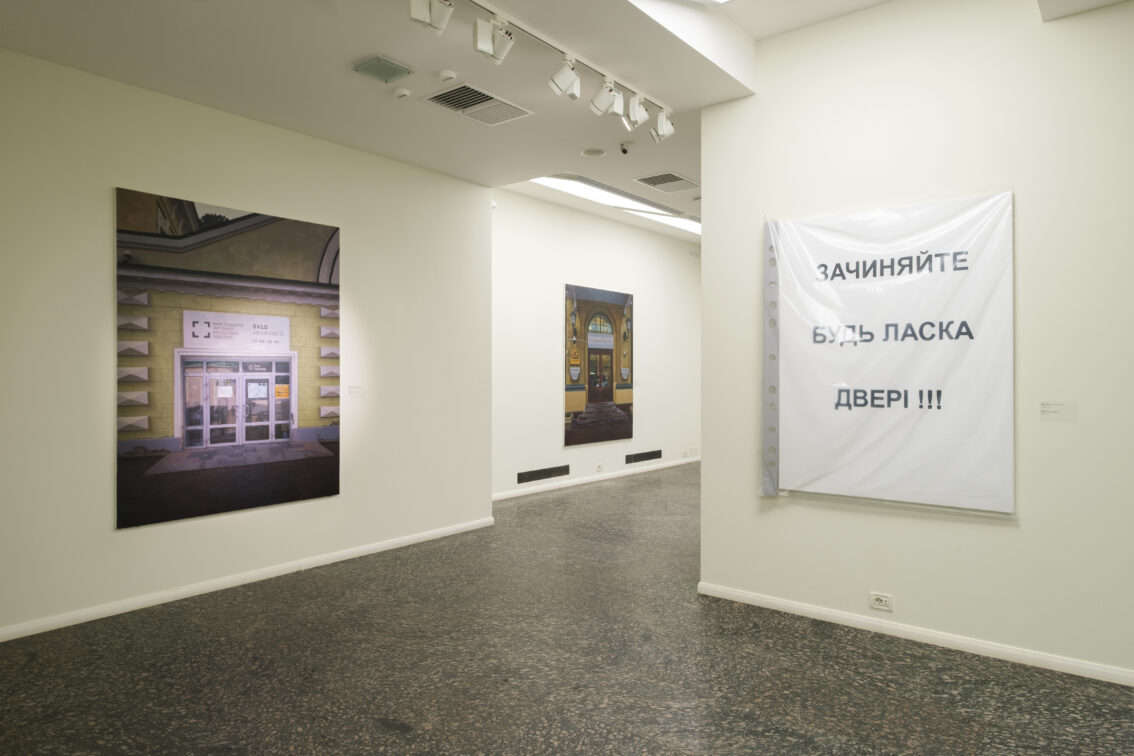 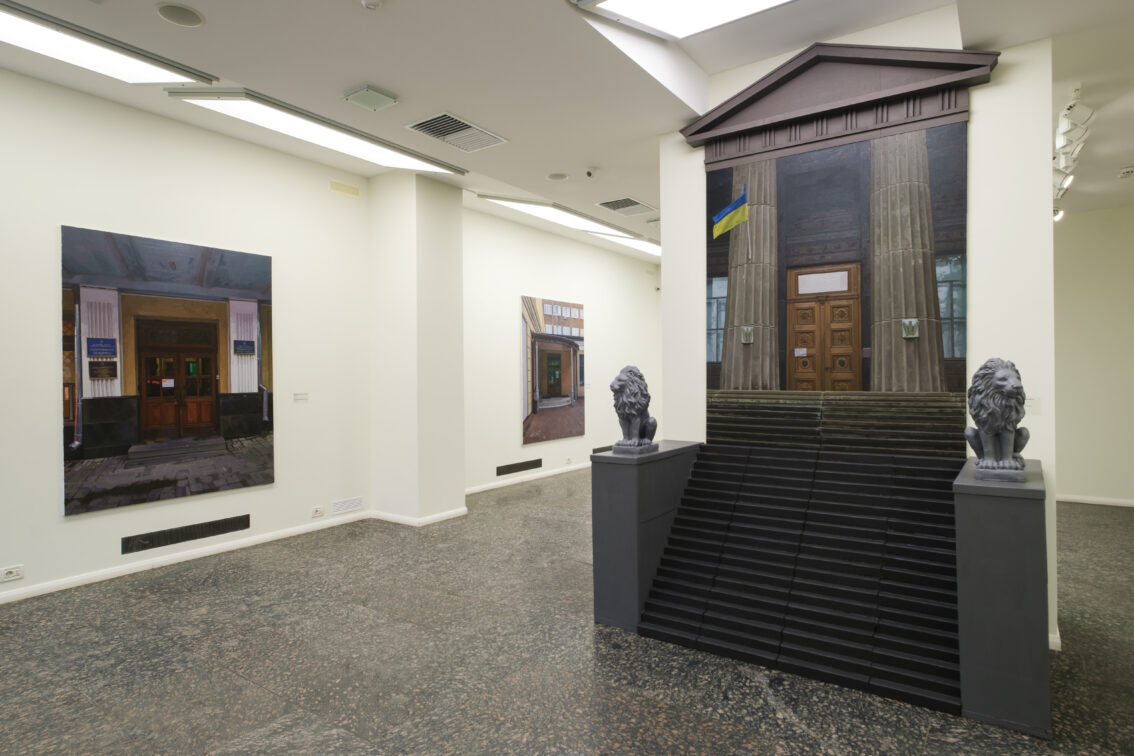 Dymchuk Gallery presents Yurii Pikul’s new exhibition ‘Towards alienation’, which consists of his paintings and an installation created in 2021. The author realistically depicts the entrances to the most important cultural institutions of Ukraine, among which are the Ministry of culture, the National Art Museum of Ukraine, Mystetsky Arsenal, and others, and draws the spectator’s attention to the feeling of alienation that these institutions evoke.

‘On the one hand, this series is an artistic report on the appearance of the exterior of the main cultural and art institutions of Kyiv in 2021. I made these works as if they were passport photos. I had no other goal than to demonstrate the recognizability of the object in a neutral environment, stripped of any emotions, volume, or depth. This way, the paintings work as formal images in scientific books of the XIX & XX centuries, with the single purpose to give a clear visual idea of how the depicted object looks like.

On the other hand, I wanted to demonstrate my subjective perception of the chosen institutions, my non-identification with them. I wanted to articulate the feeling of reciprocal alienation and non-involvement, closedness, invisibility, and parallel existence without any common points. The facade, flat as theatrical scenery, nothing behind it. It’s as flat as a classical painting, also imitating depth without anything behind it. Here we can put the equal sign (=), two parallel lines never crossing each other’.

Yurii Pikul was born in Kyiv in 1983. In 2005, he enrolled in the National Academy of Visual Arts and Architecture, but later left on his own will. From 2007 up till now, Pikul has been carrying on his exhibitory activity in Ukraine as well as abroad. The artist lives and works in Kyiv.