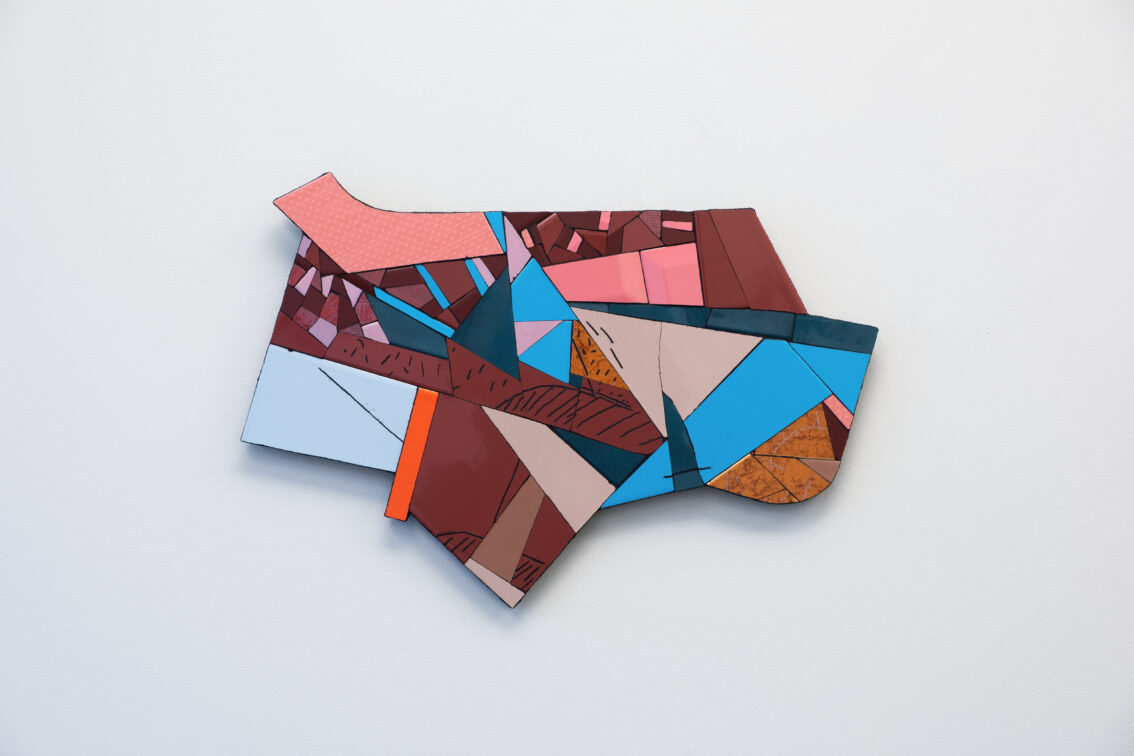 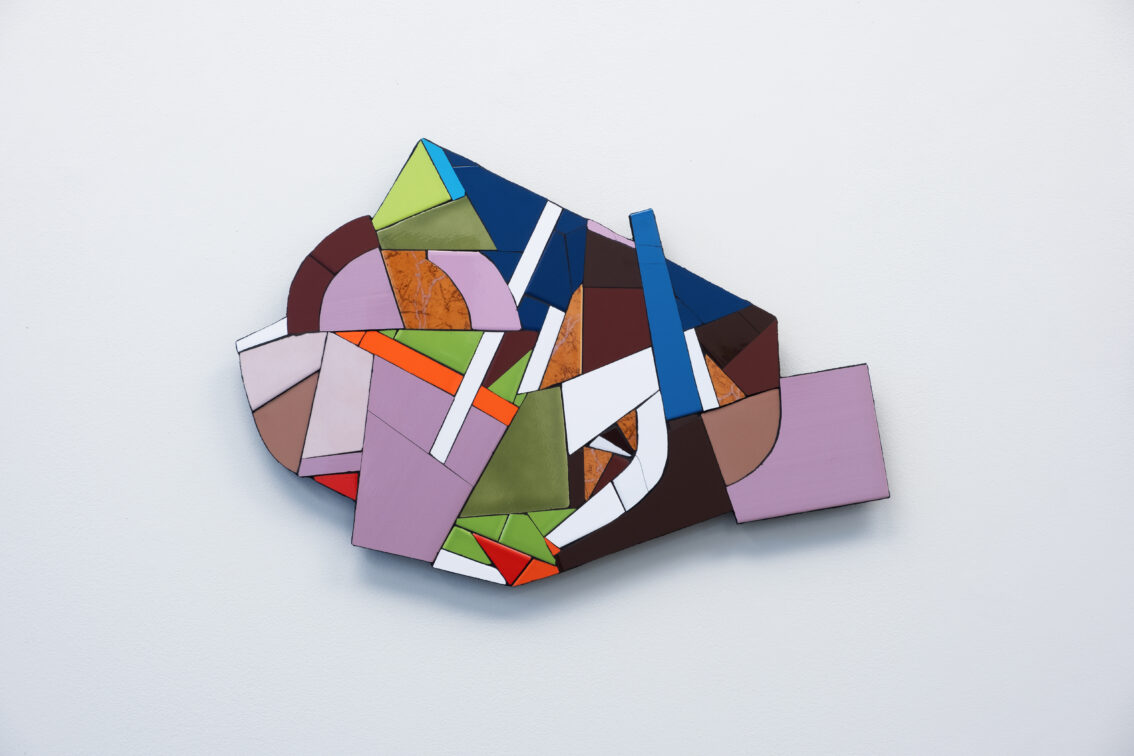 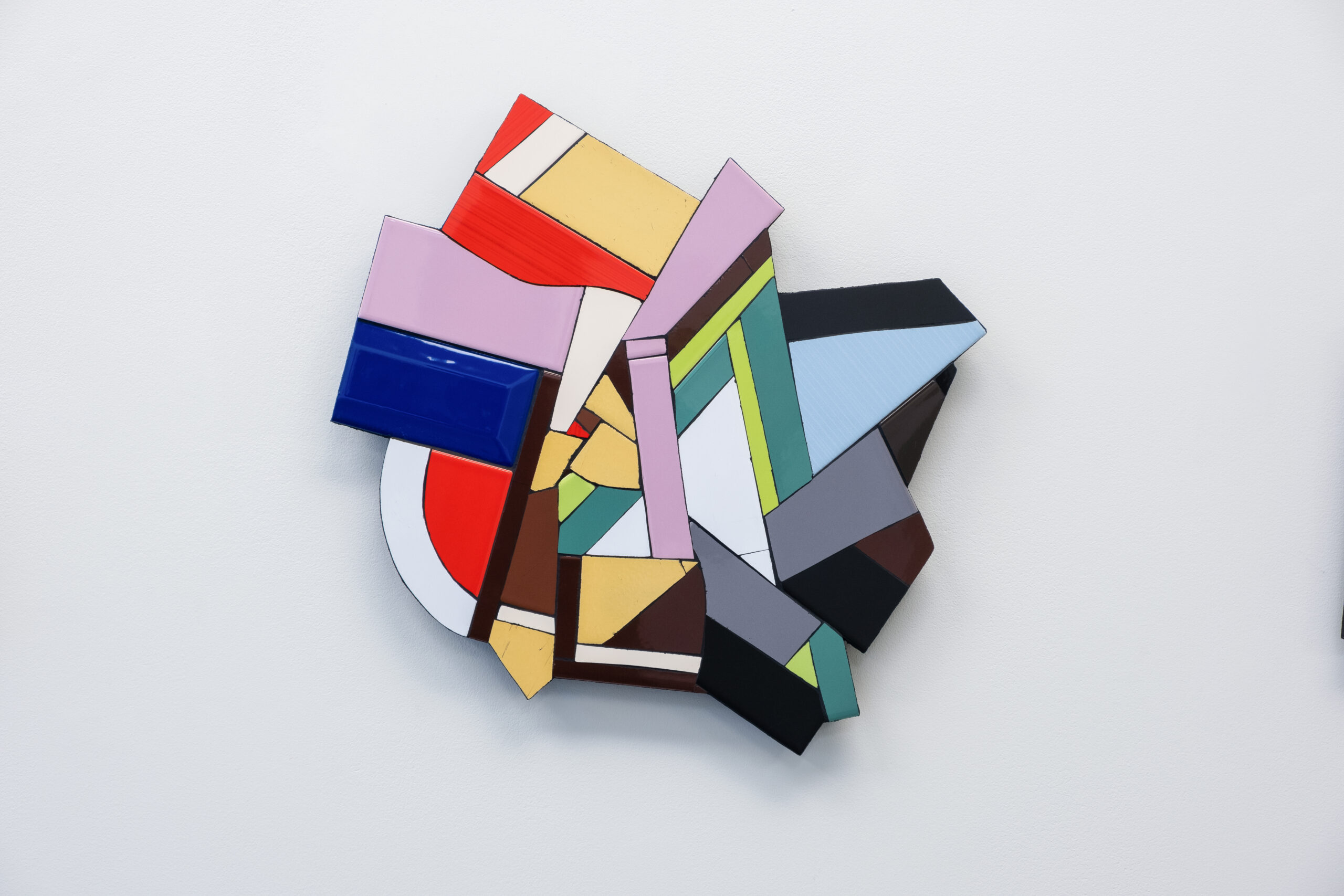 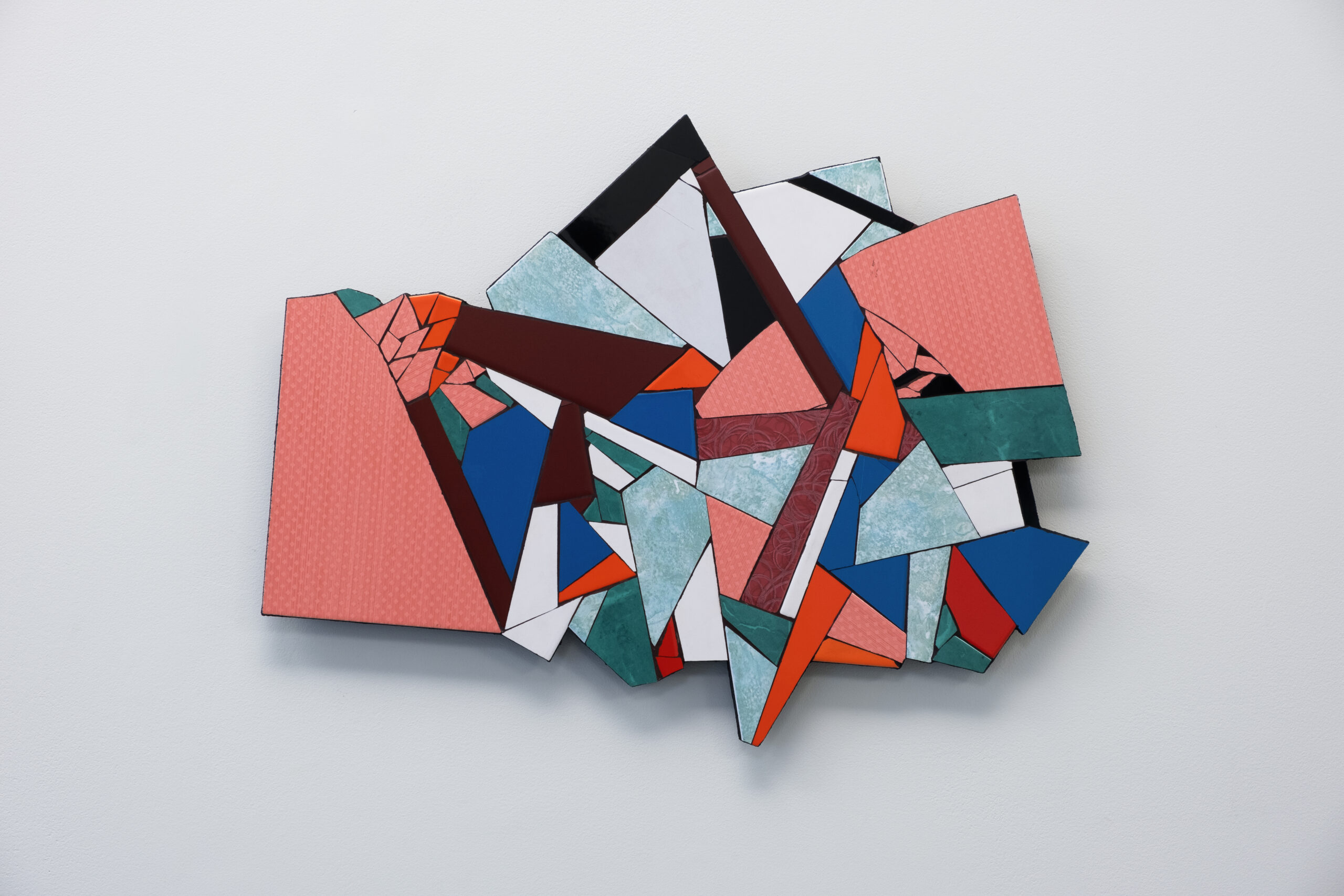 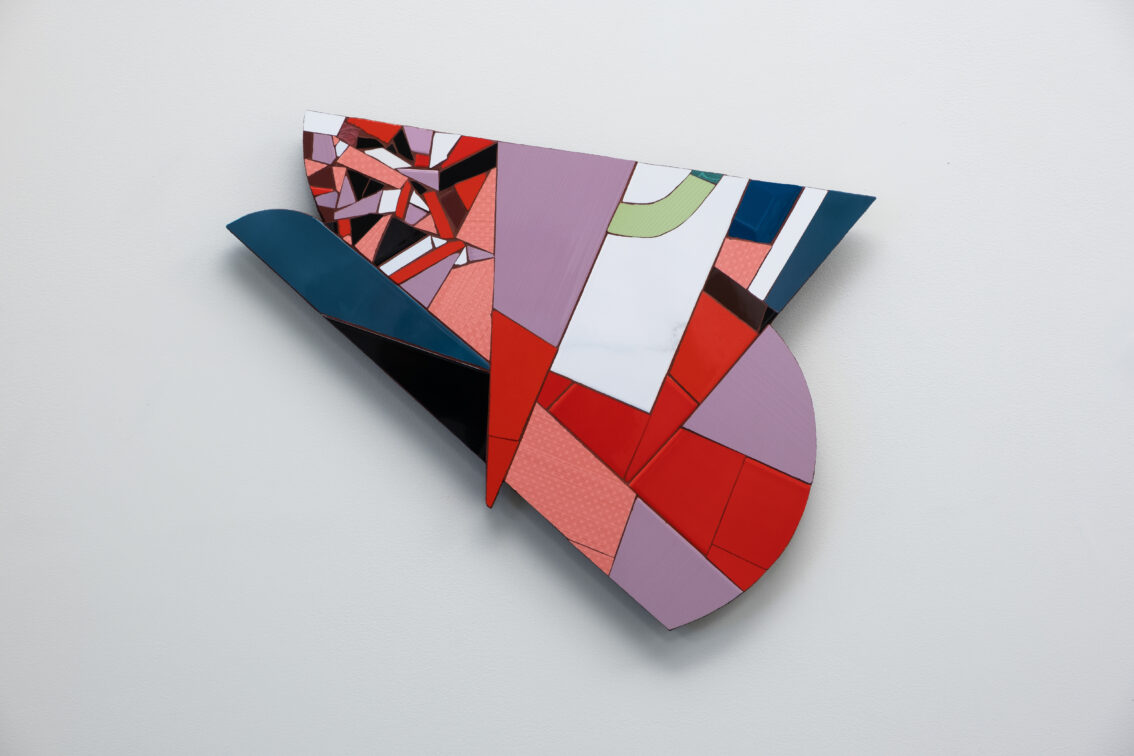 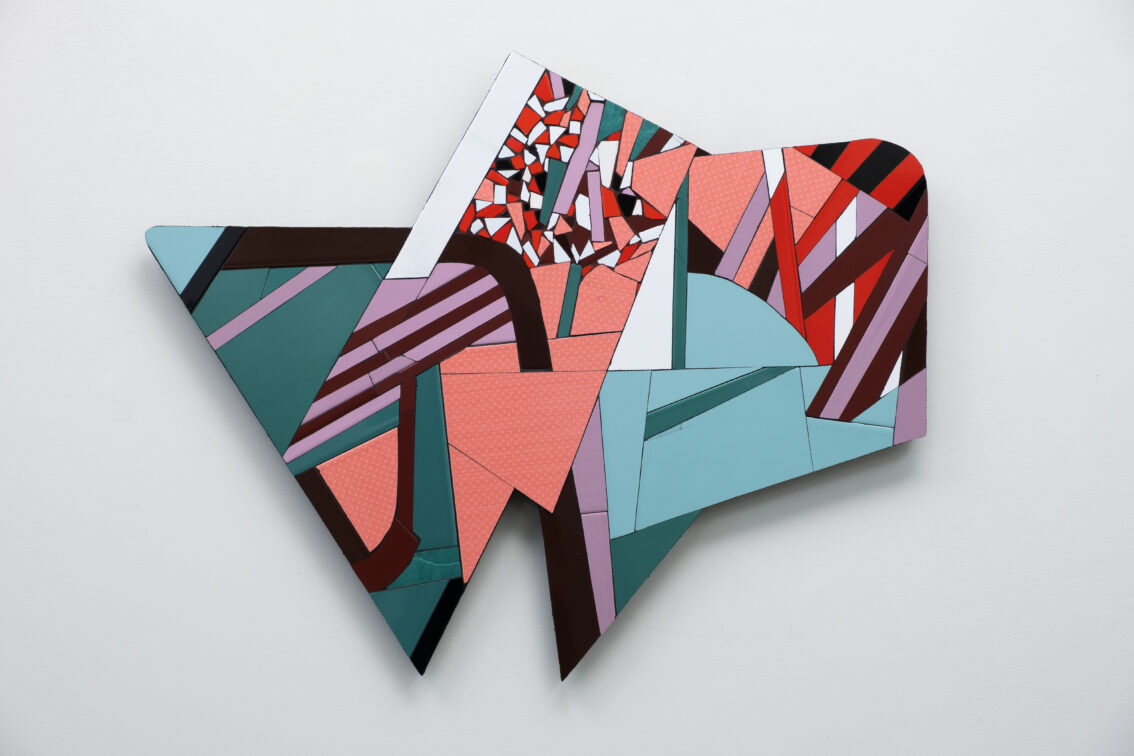 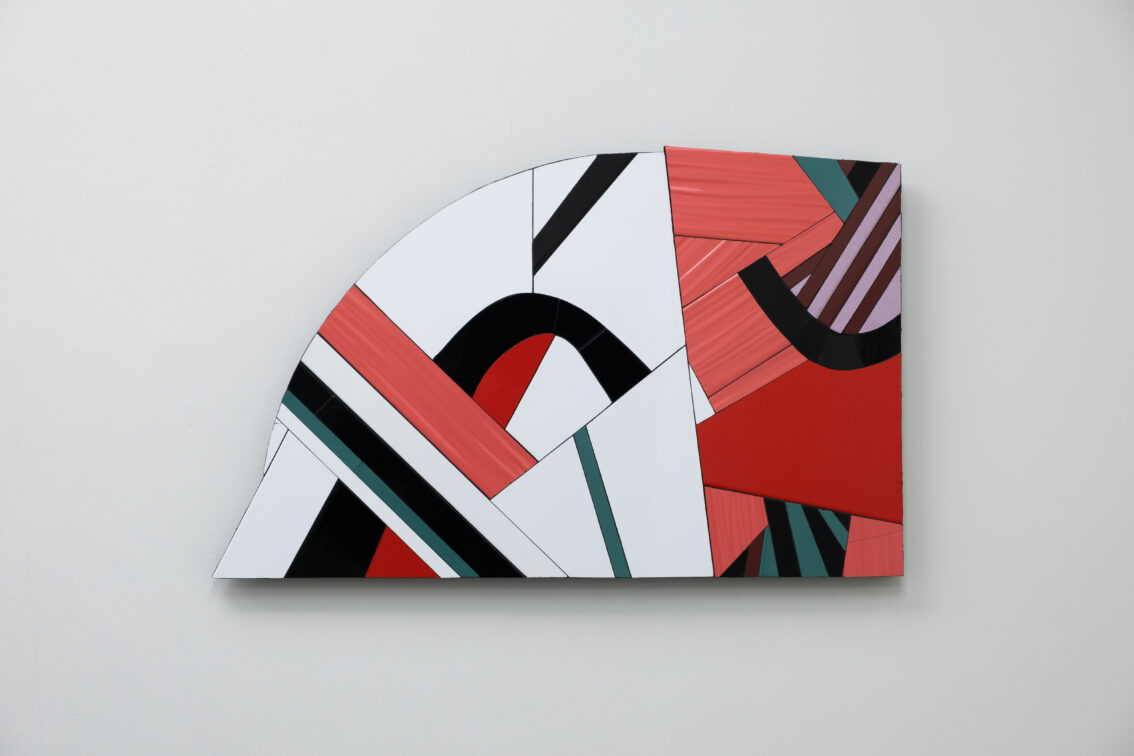 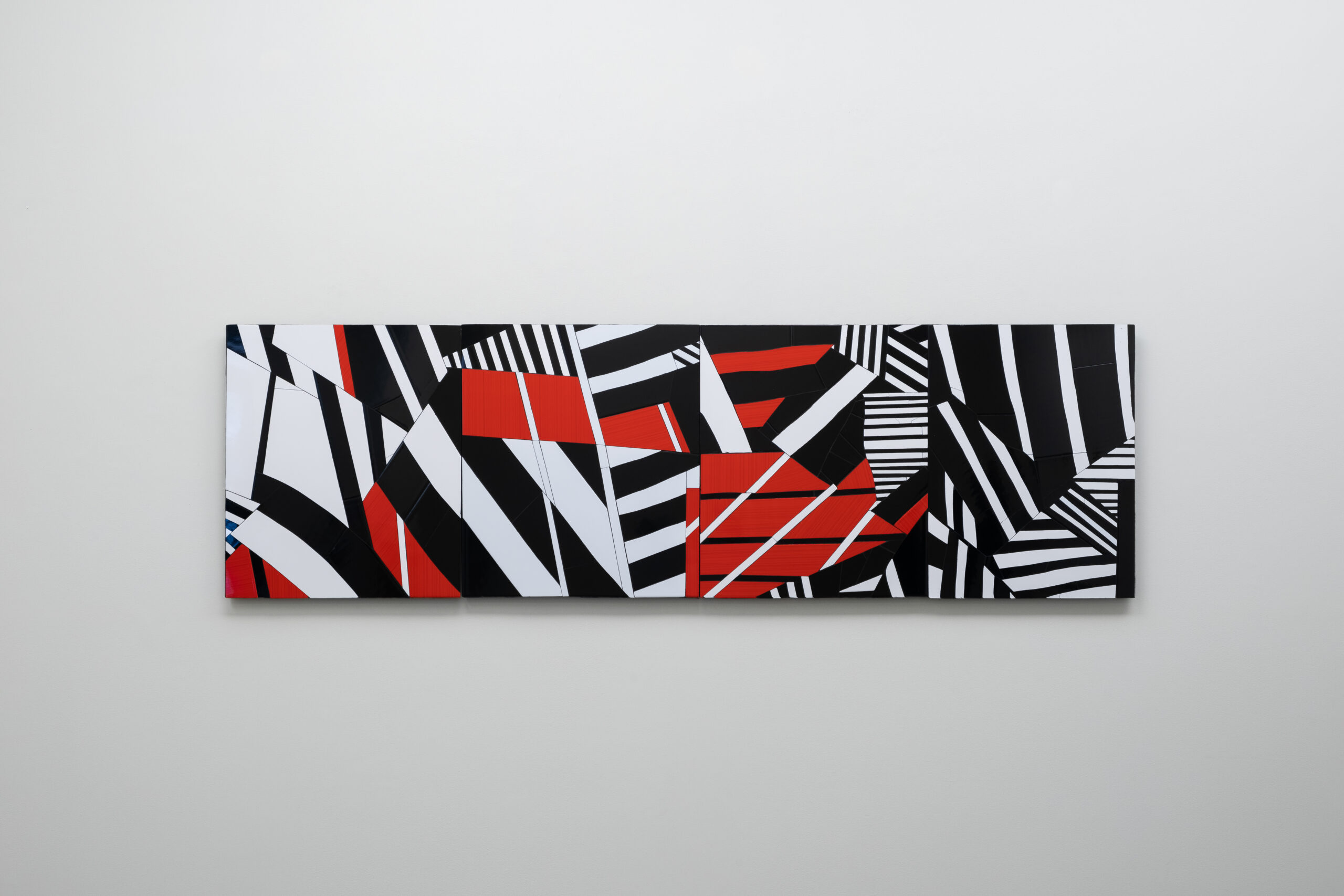 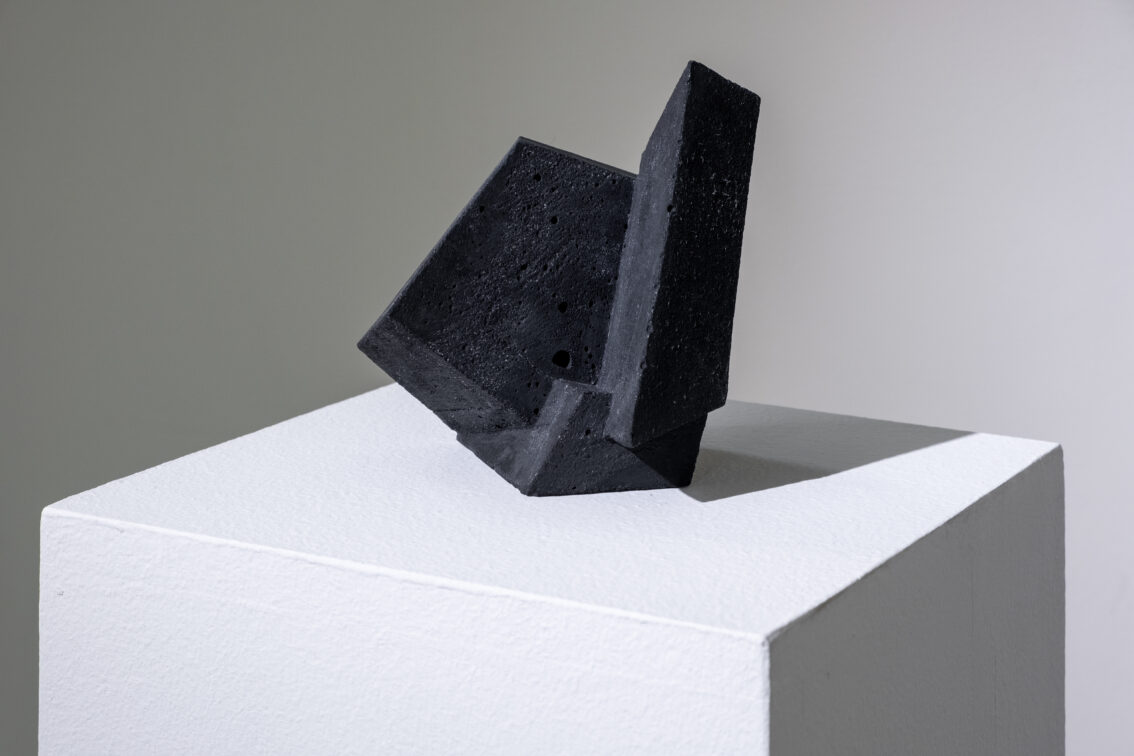 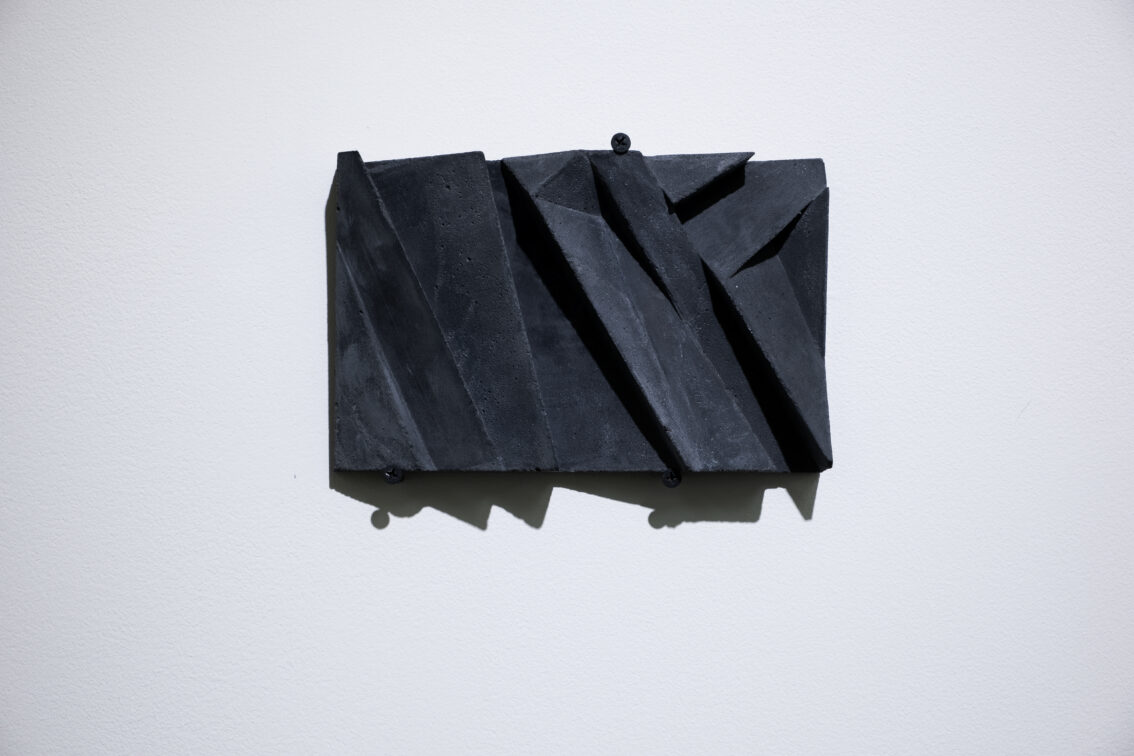 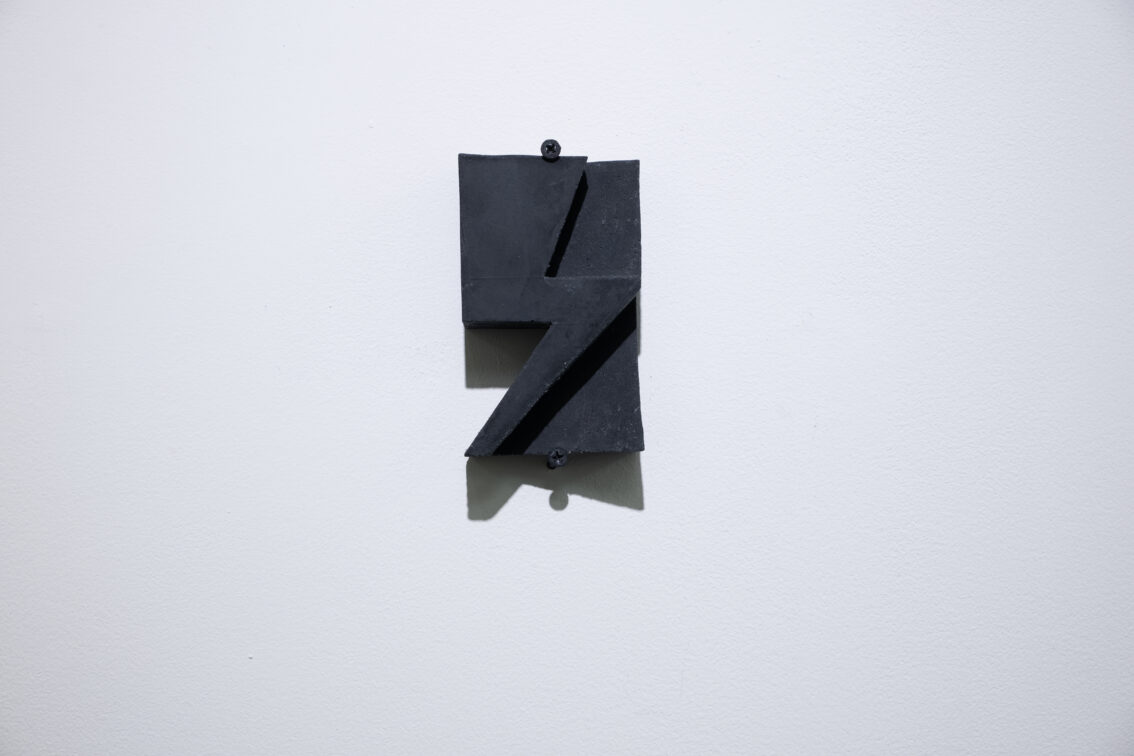 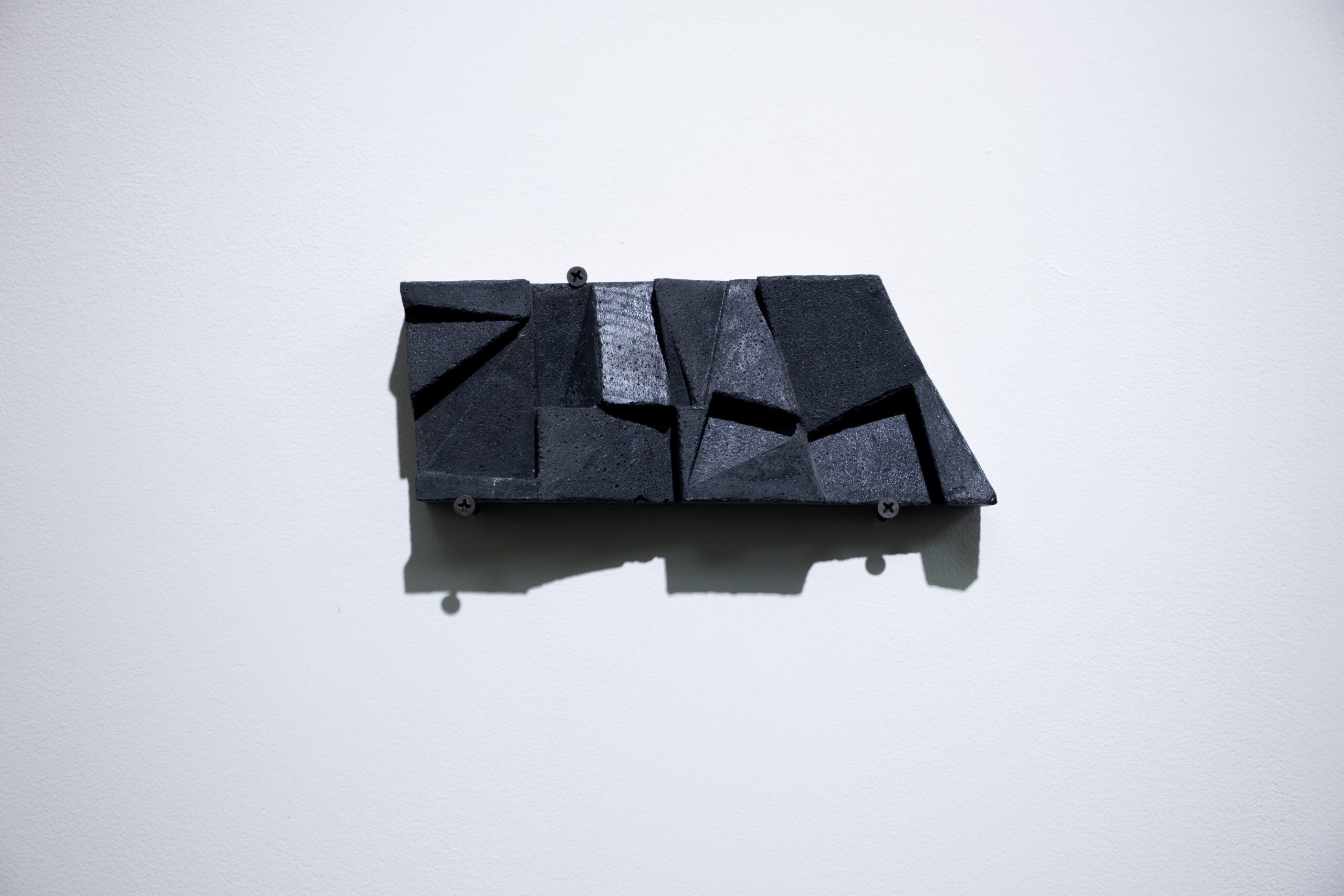 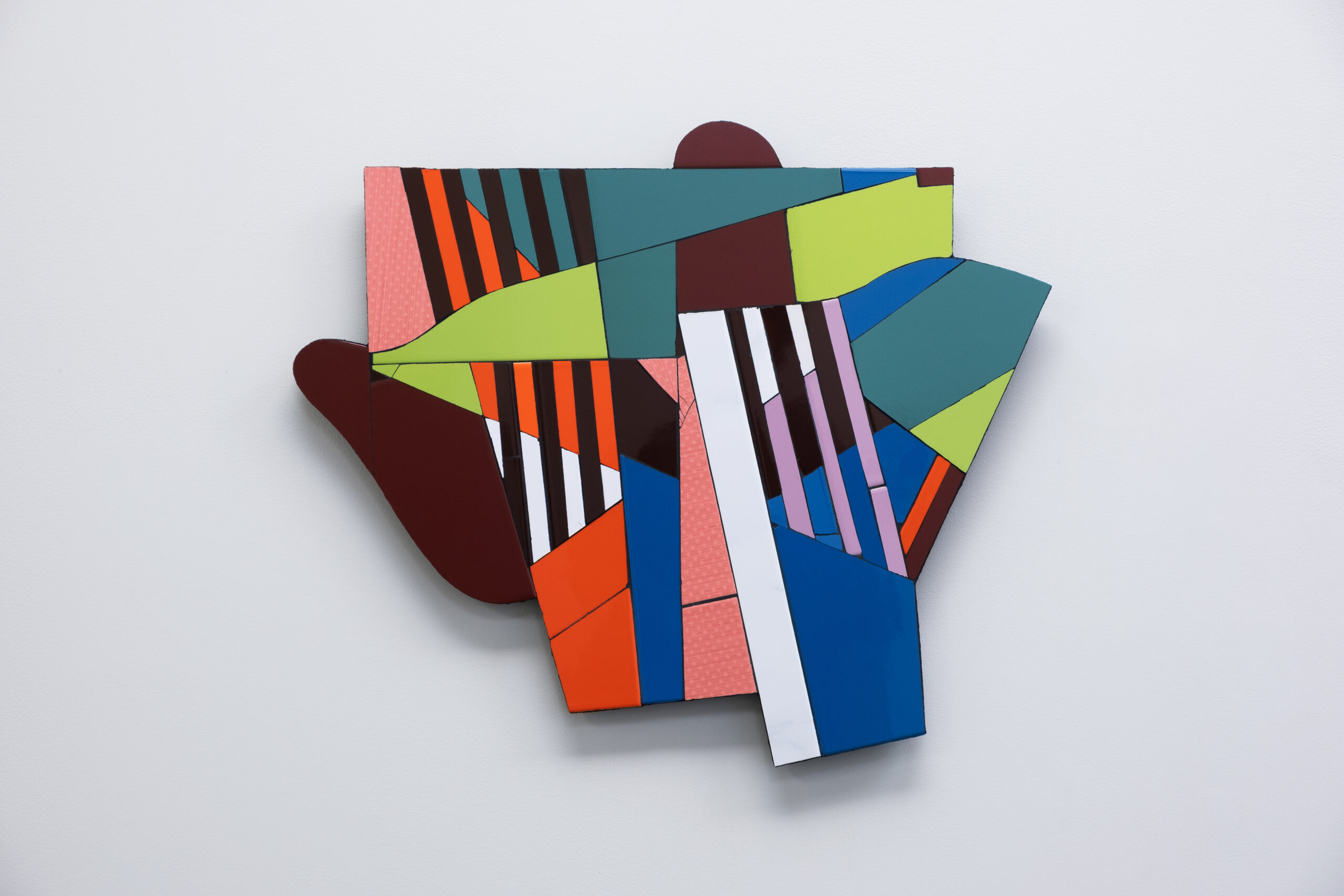 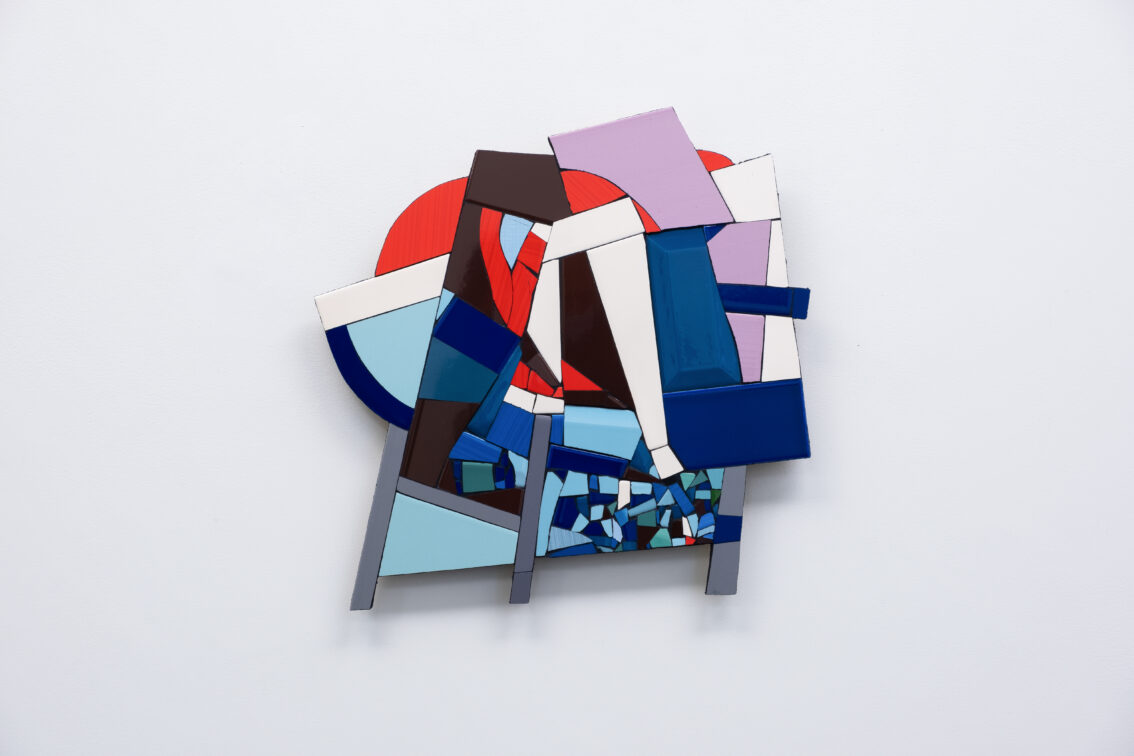 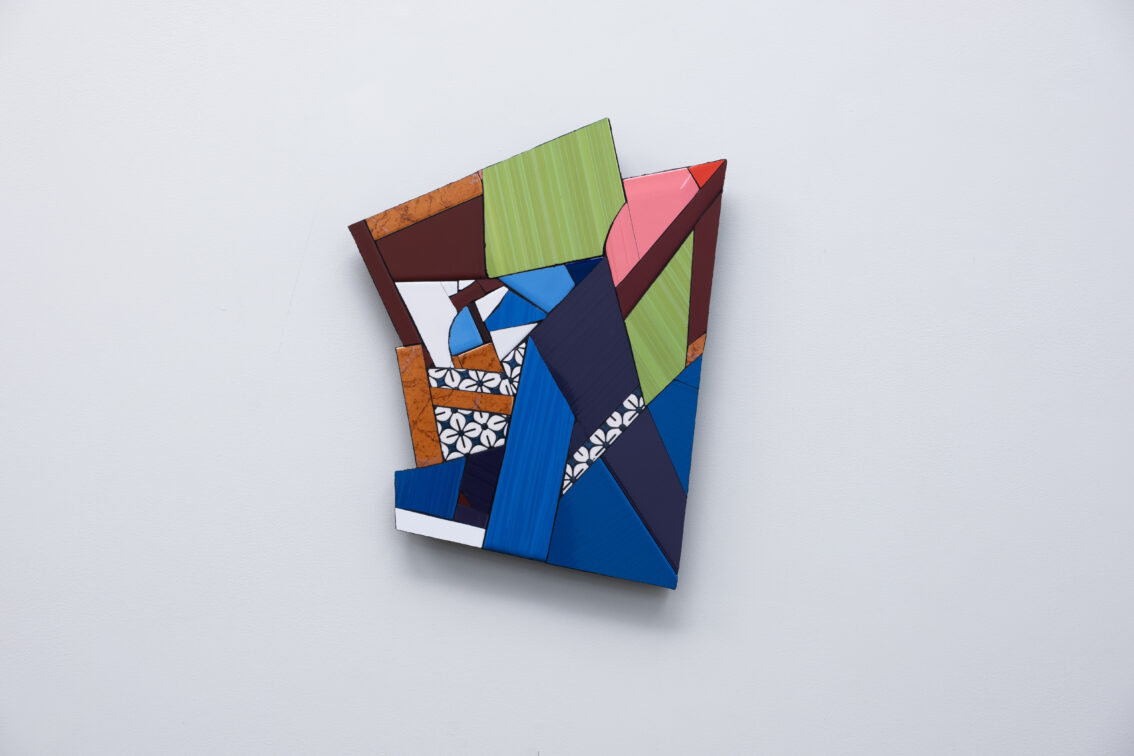 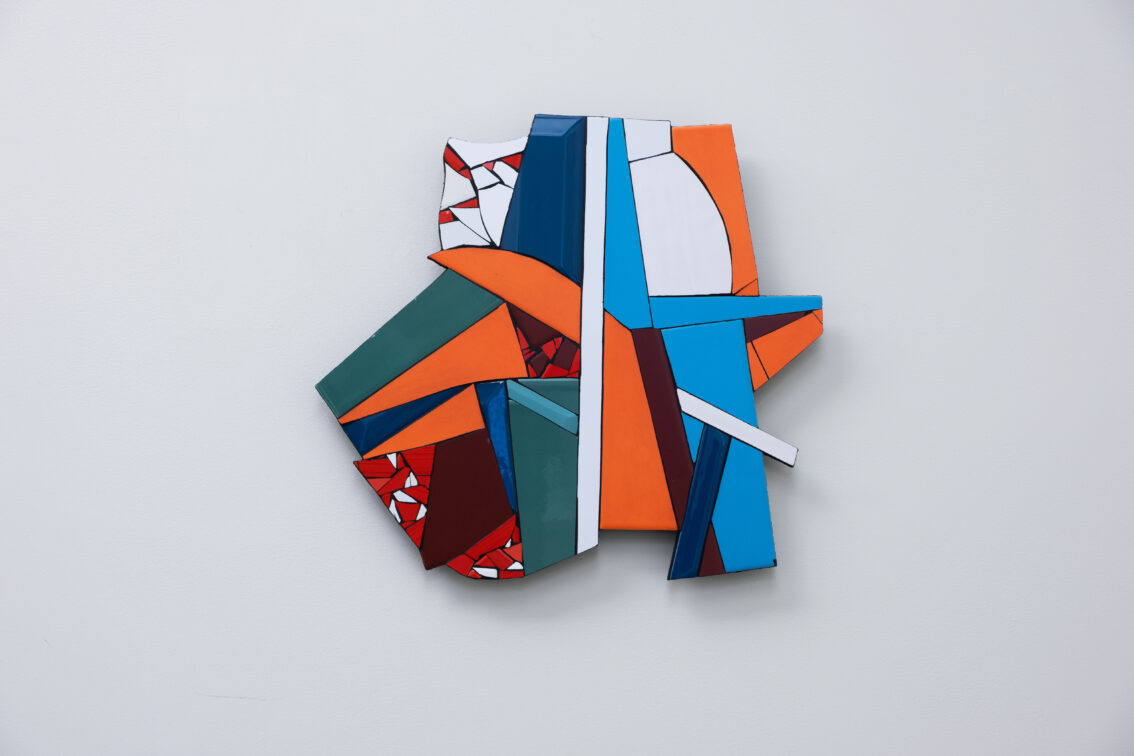 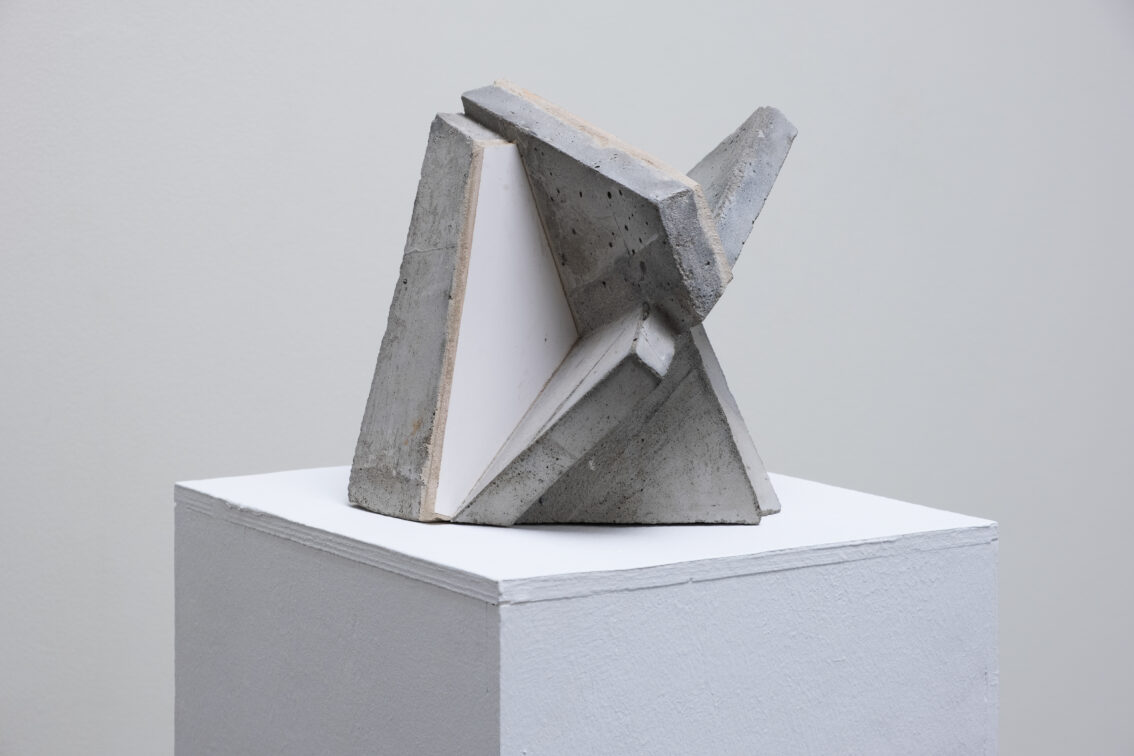 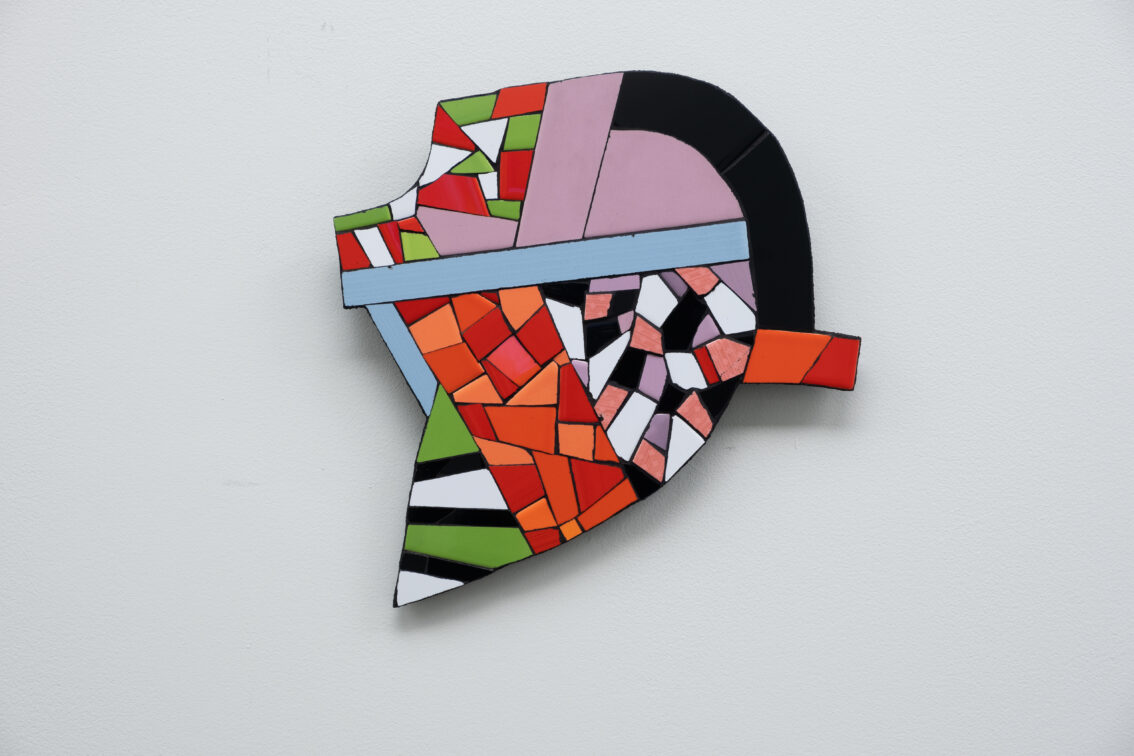 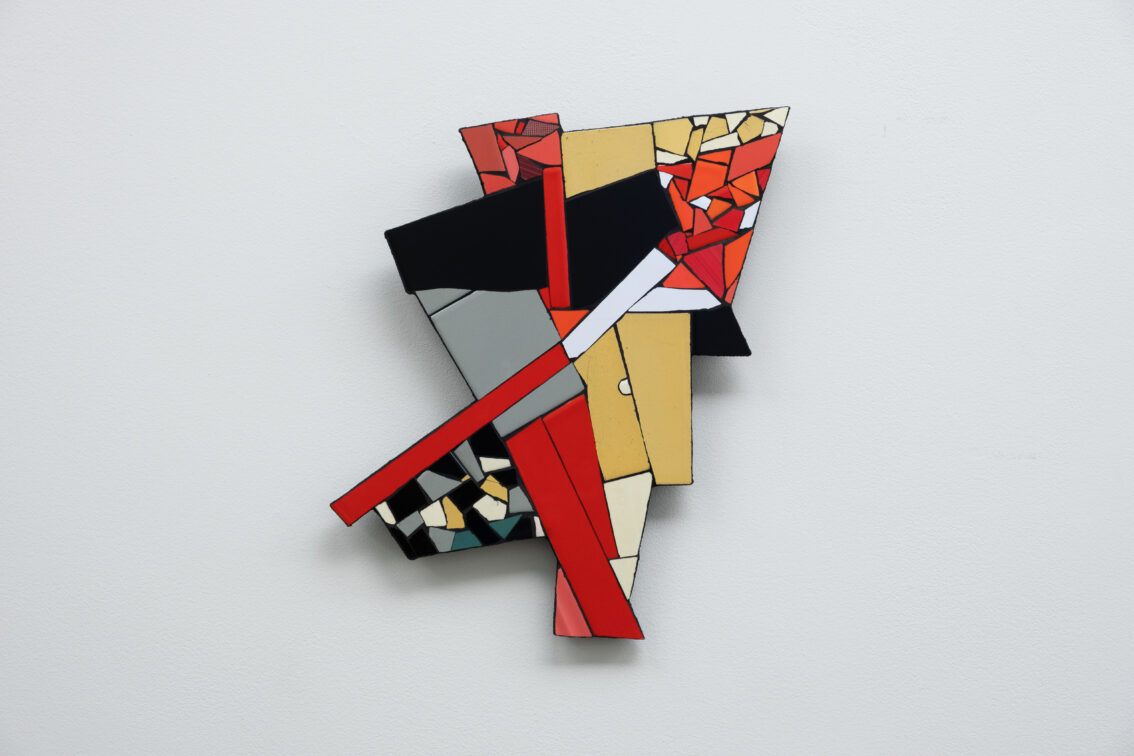 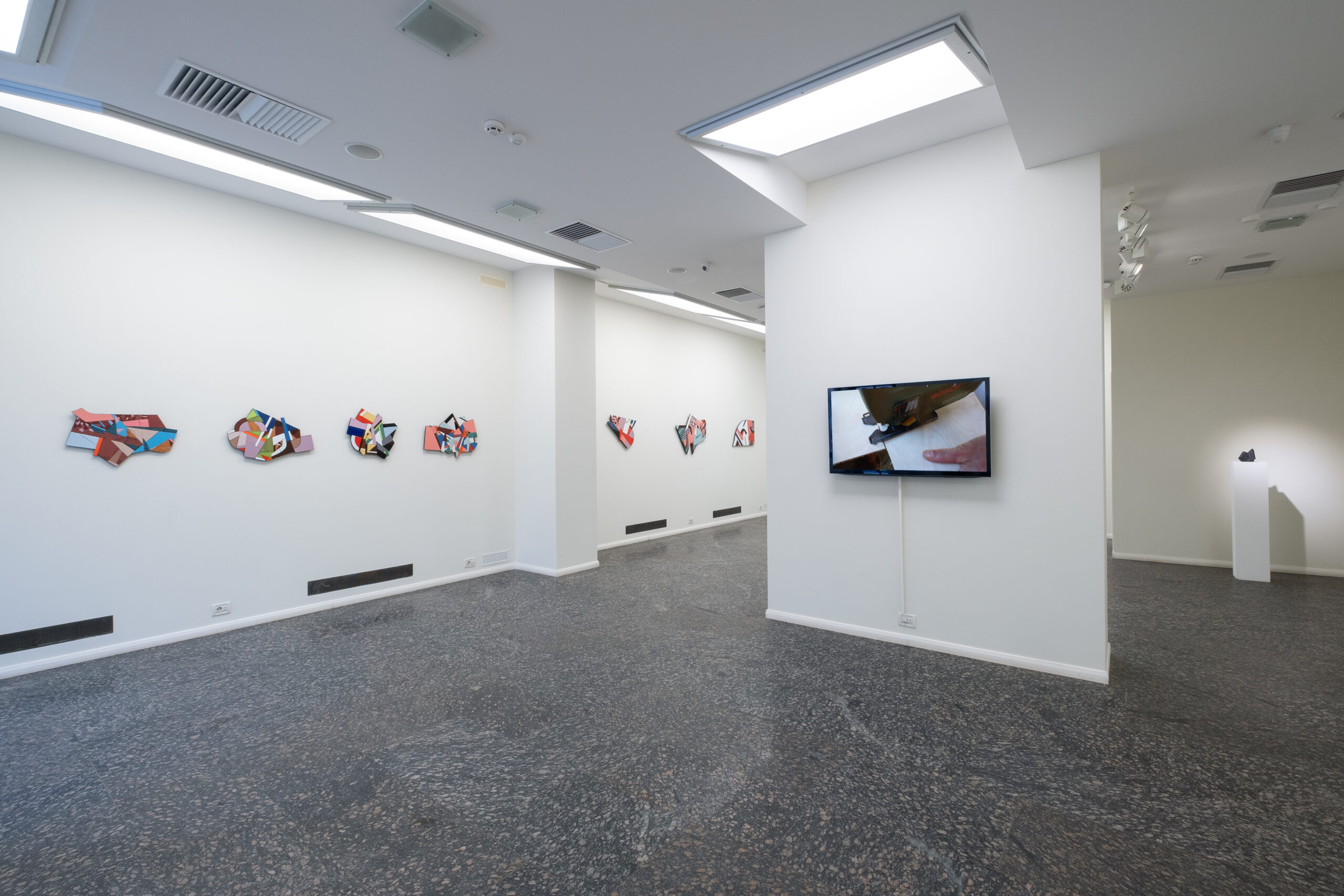 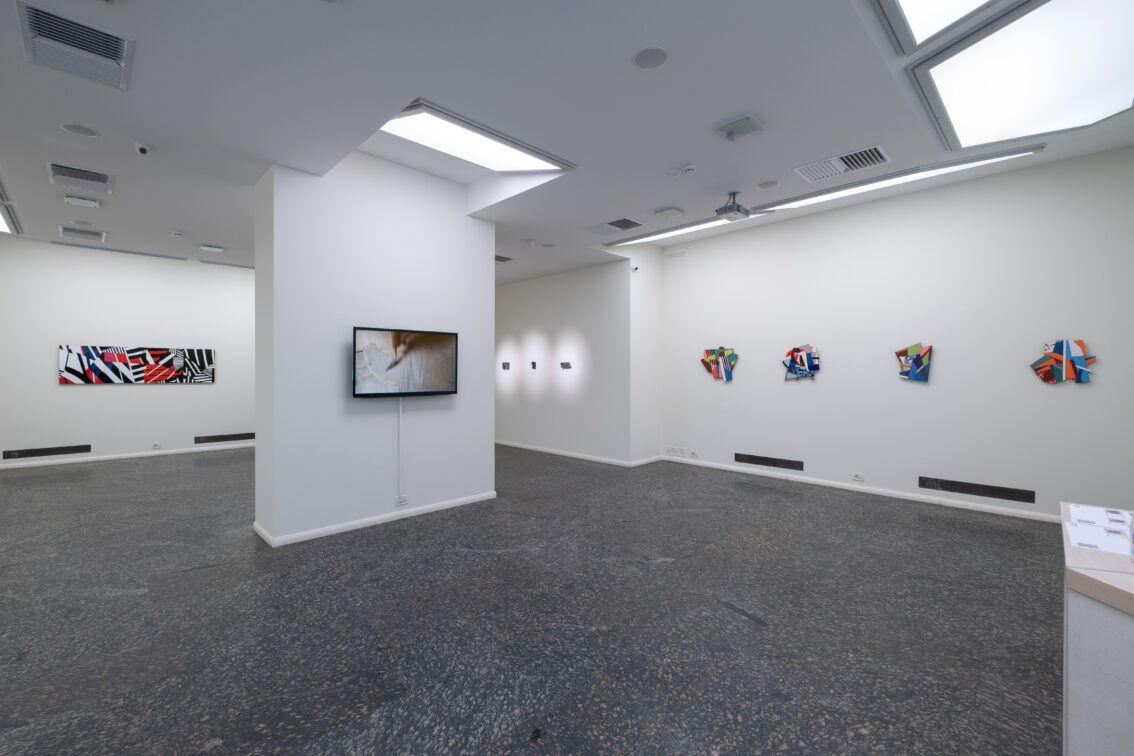 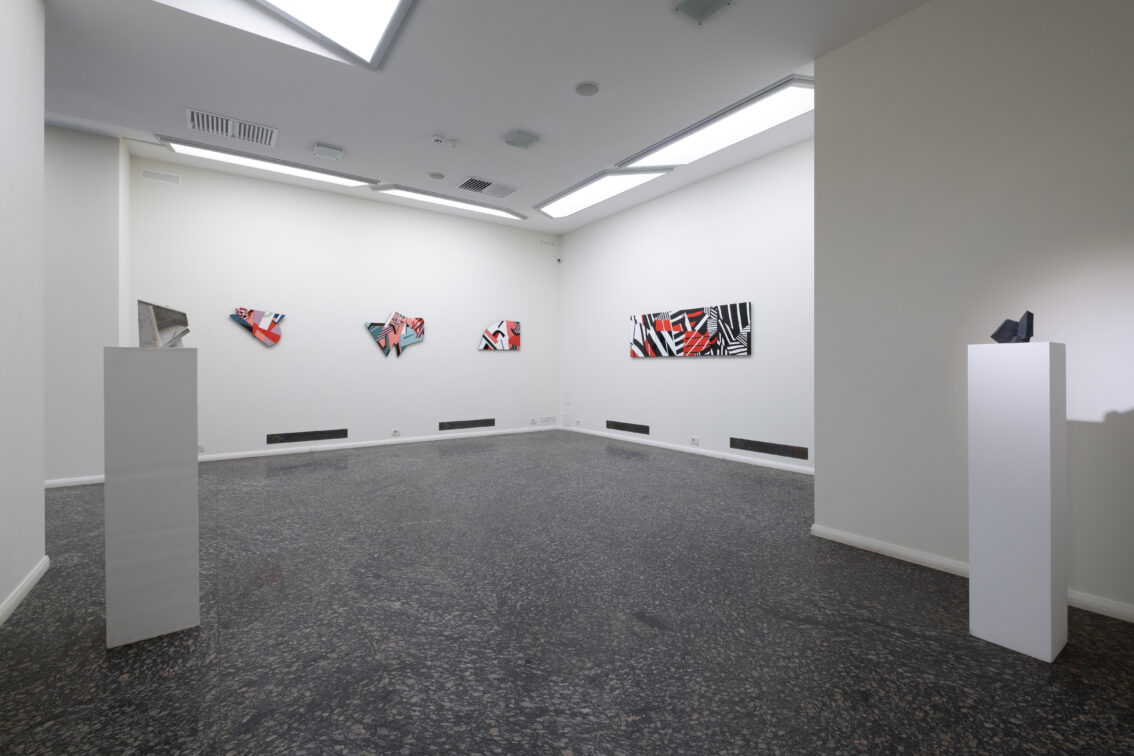 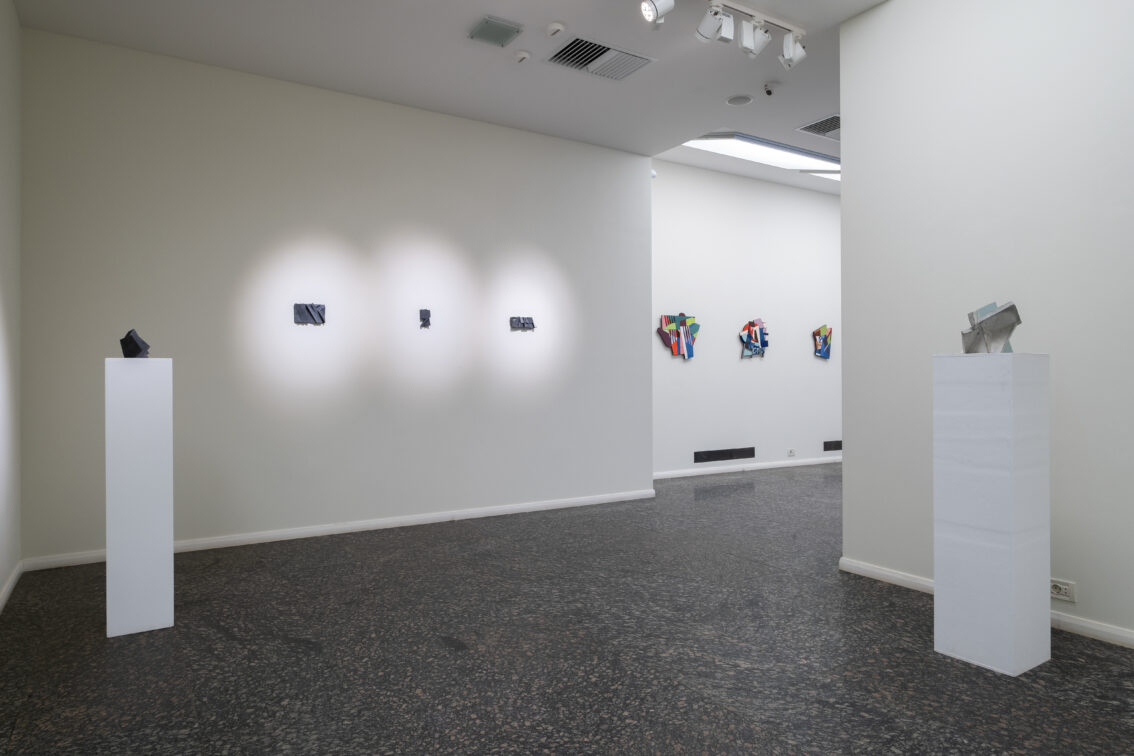 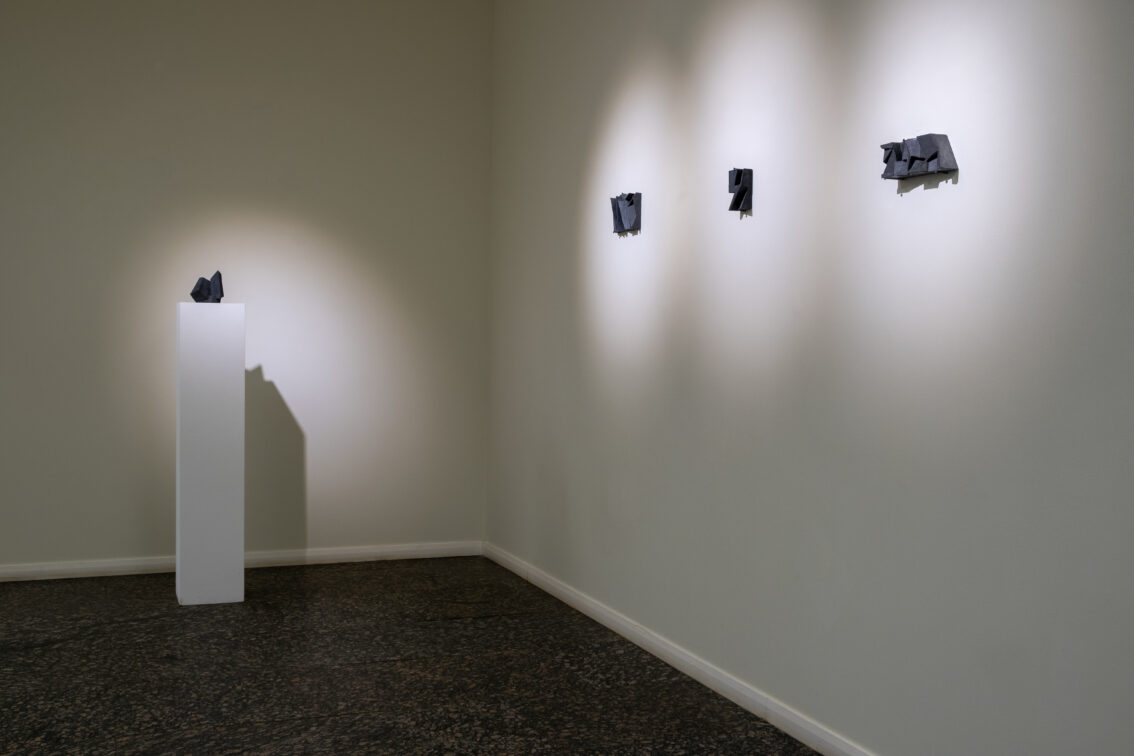 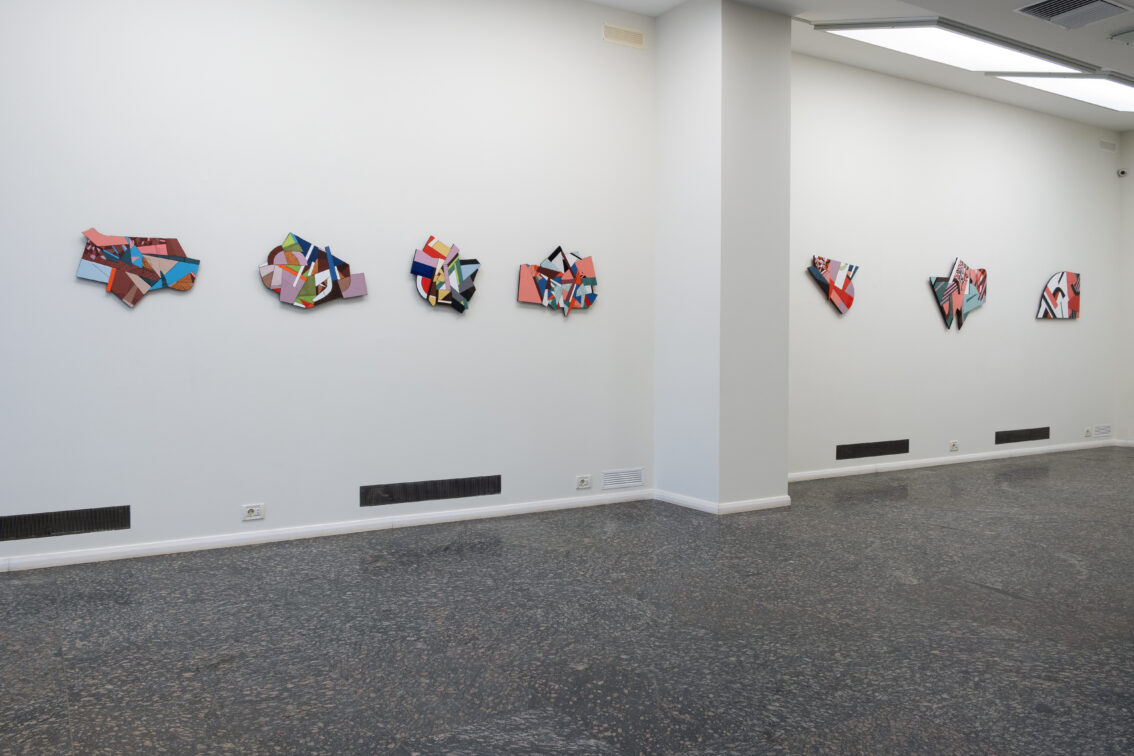 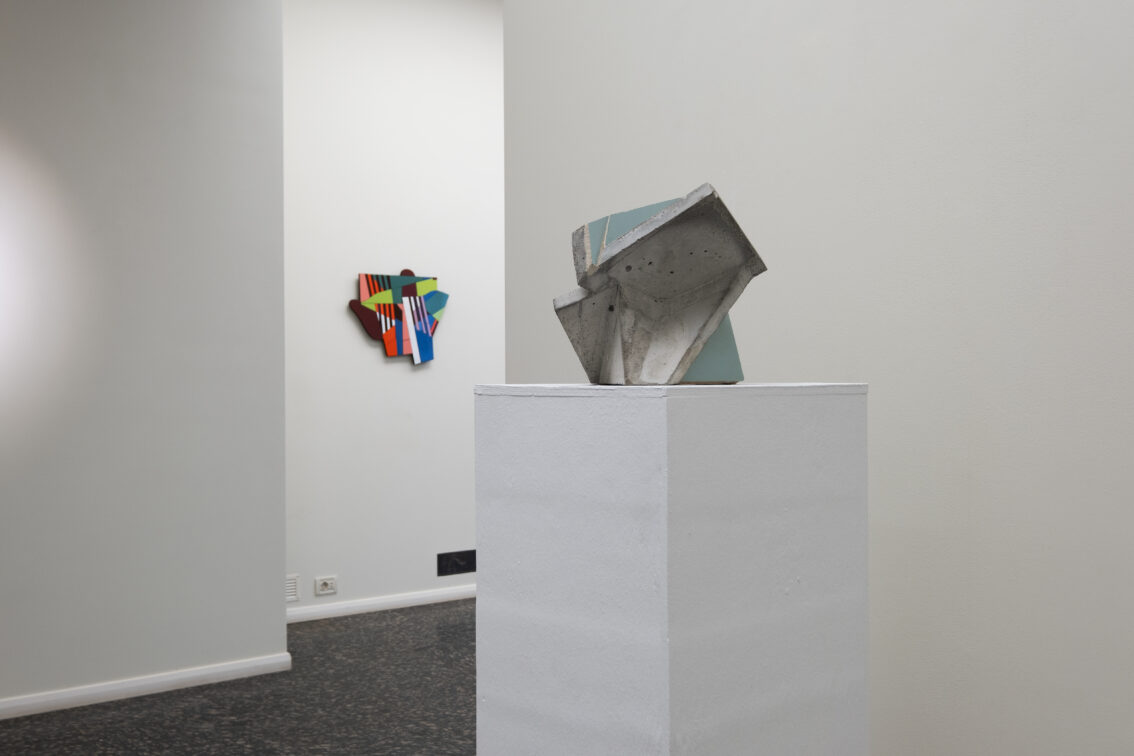 Dymchuk Gallery presents an exhibition by Pomme de Boue, the artistic group known to the citizens of Kyiv for numerous interventions into the public space they have performed during the last few years. The exhibition features exclusive works made in 2021.

Mosaic has always been the primary medium for the group of anonymous authors. Since late 2018 until today, the artists have installed more than 300 objects made of colourful ceramic tiles on the streets of Kyiv. As a matter of fact, during three full years of the group’s continuous activity, the objects have demonstrated a tendency to become larger, growing from 5-10 cm to 40-50 cm wide.

The authors emphasize their own artistic interests in the structure of the visual form, alluding to the heritage of Picasso, constructivism, Bauhaus, geometrical abstractionism. In contrast to conventional street artists of modernity, Pomme de Boue talk about pietra dura, stressing the continuous nature of creating images and the importance of gaps between individual tiles as well as between whole elements of the image. ‘Large, aggressively vivid and irrational in terms of composition, mosaic looks in a monumental way, creating monumentality, becoming a monument itself’.

The exhibition consists of objects remarkably different from those installed in the urban space. These demonstrate further evolution of the creative thought of the artists: ‘They are much bigger, starker, more complex, being at the same time way more structured, not that anarchic in their own way. They are utopian in a sense. They could serve as decorations for buildings, theatres, railroad and metro stations. Many of them are the biggest we have ever created. Yet we can never predict what happens to our works. We are glad if people like them. But sometimes they are destroyed, and we can’t even tell by whom. Probably by our fans or collectors, probably by some haters. Perhaps, it could be casual municipal service workers.’