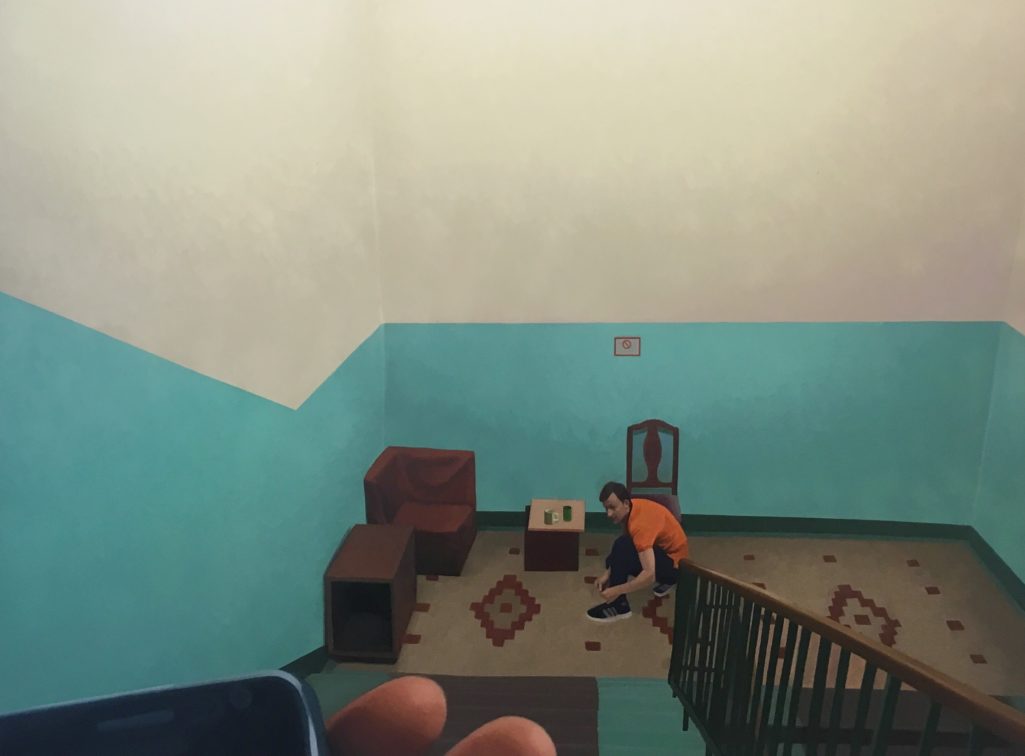 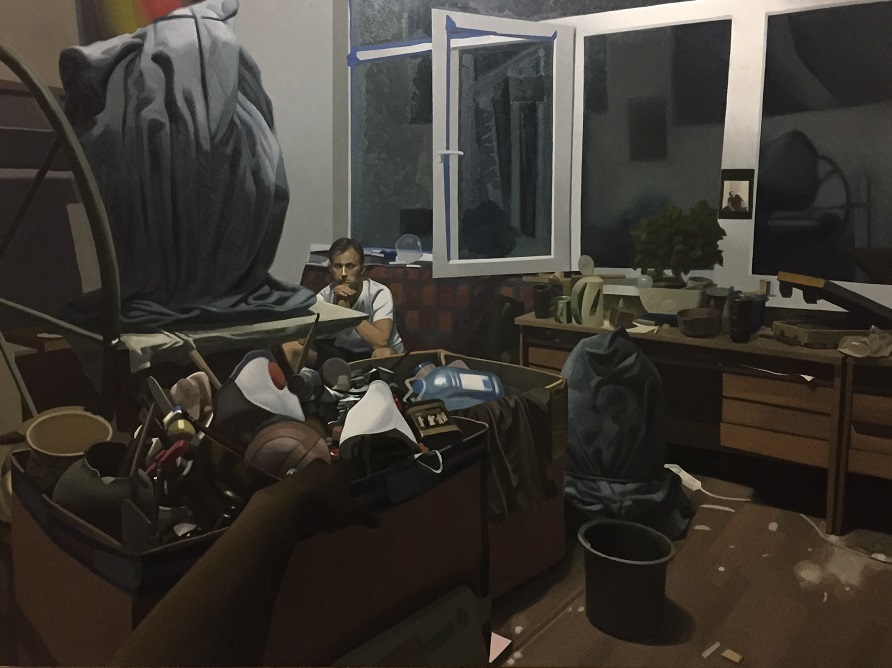 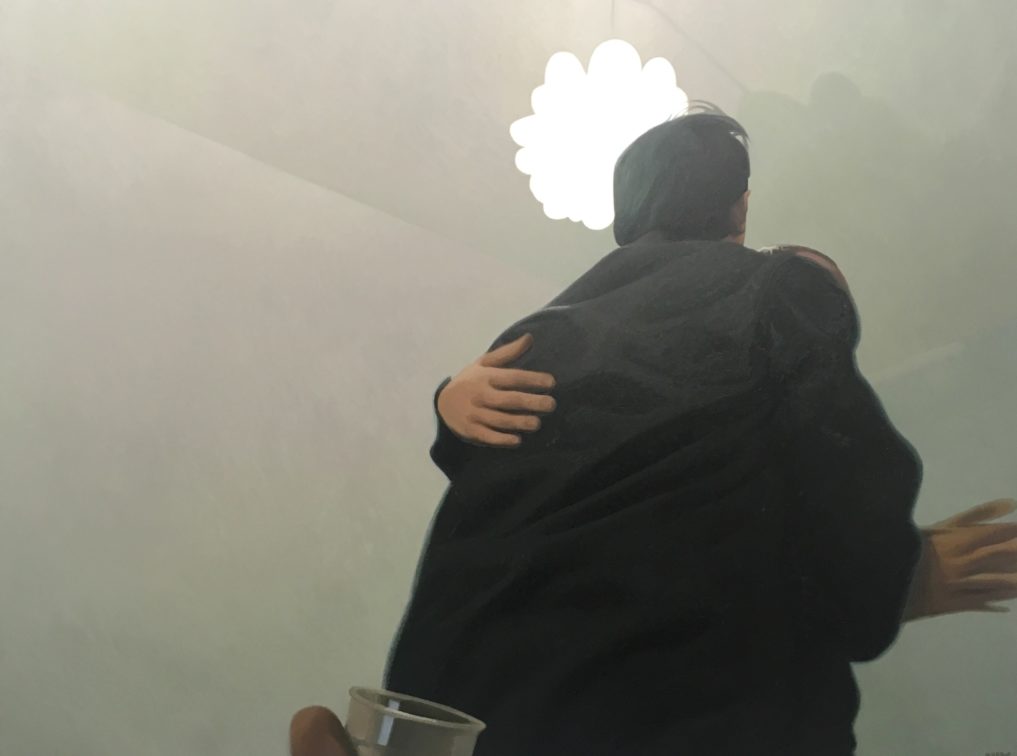 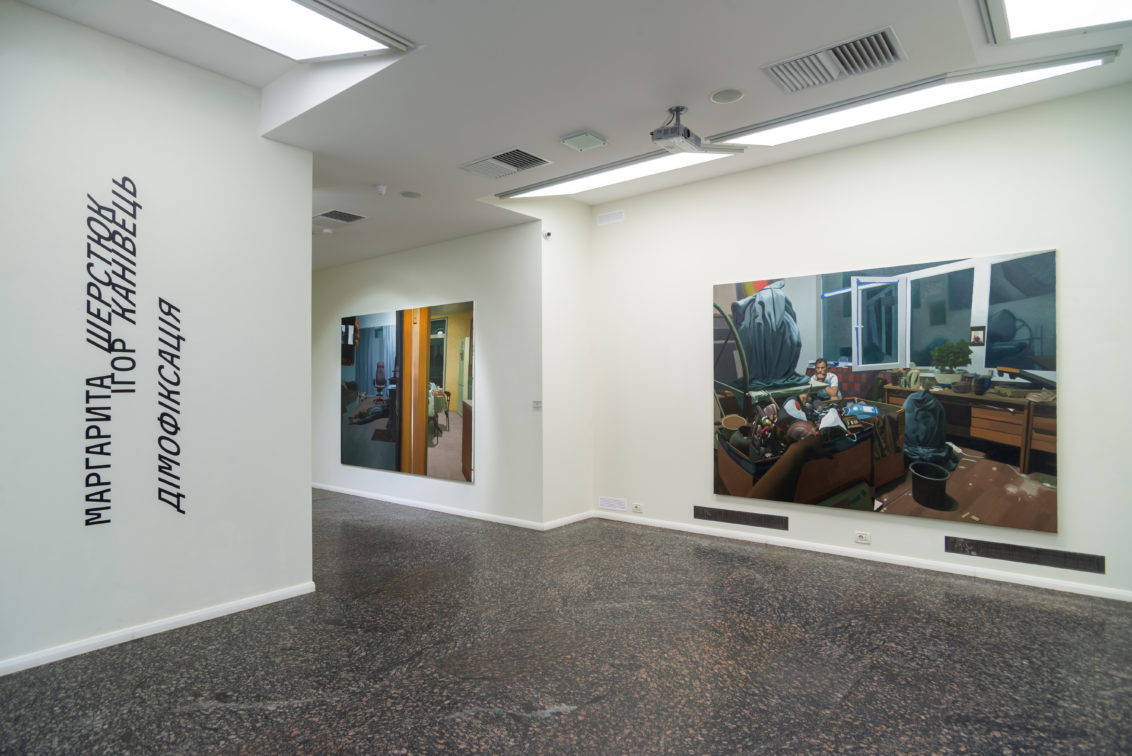 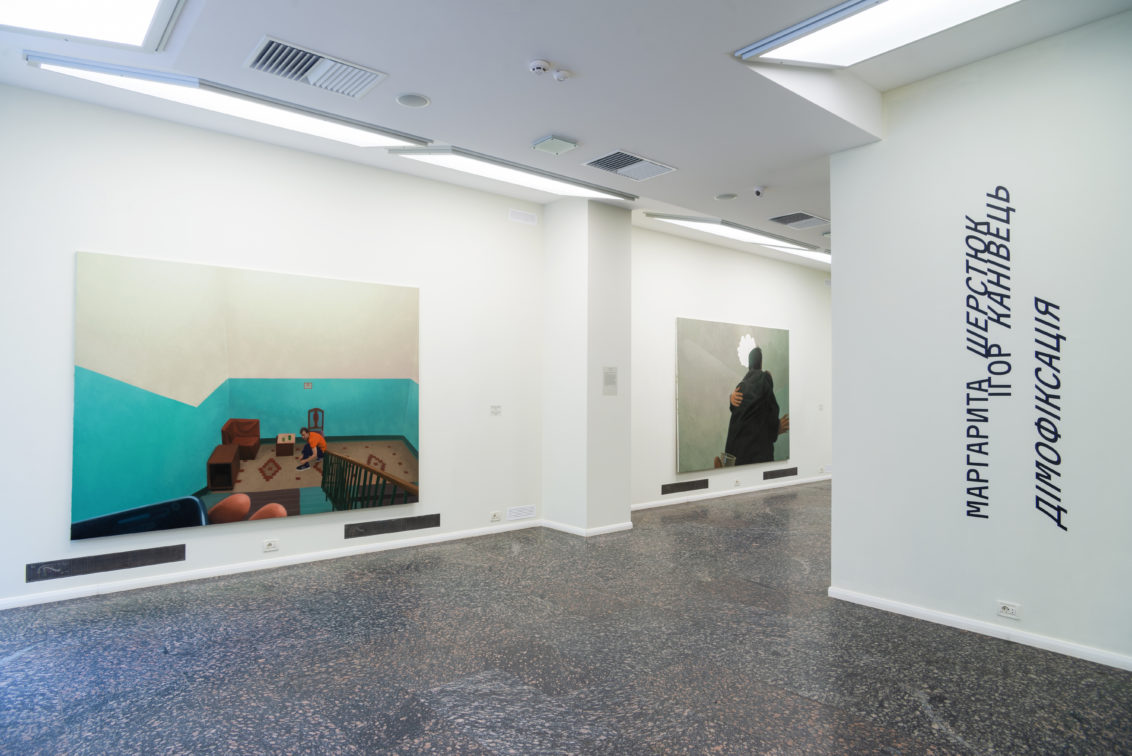 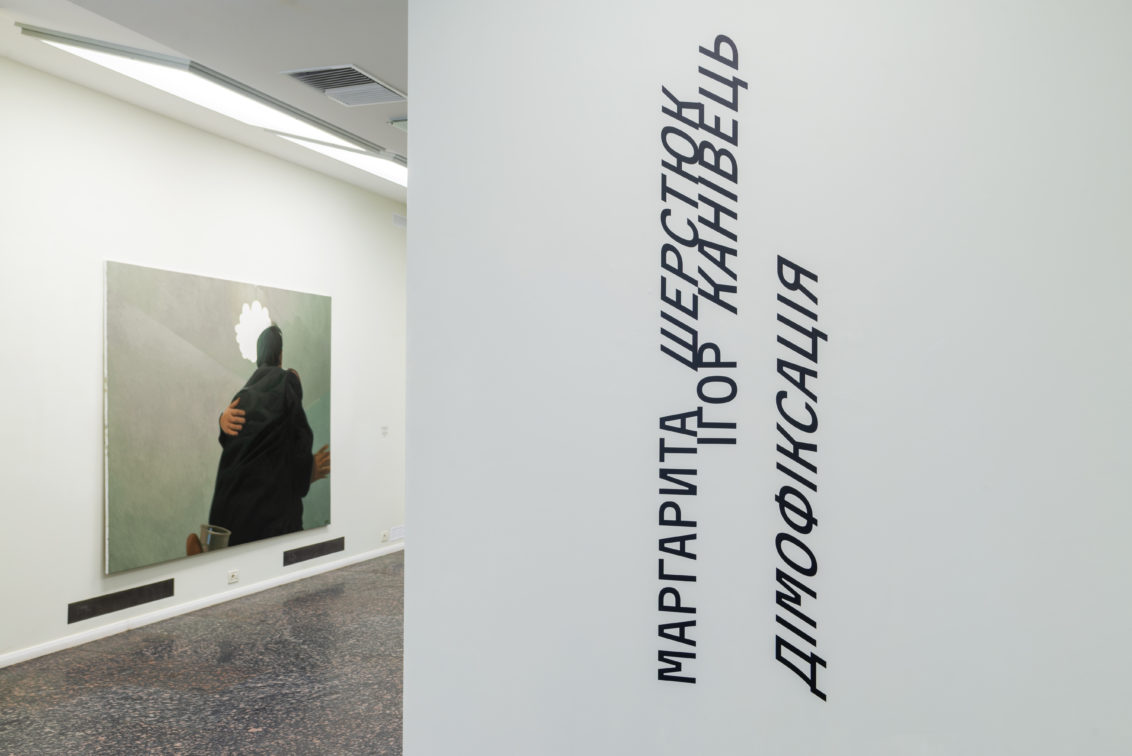 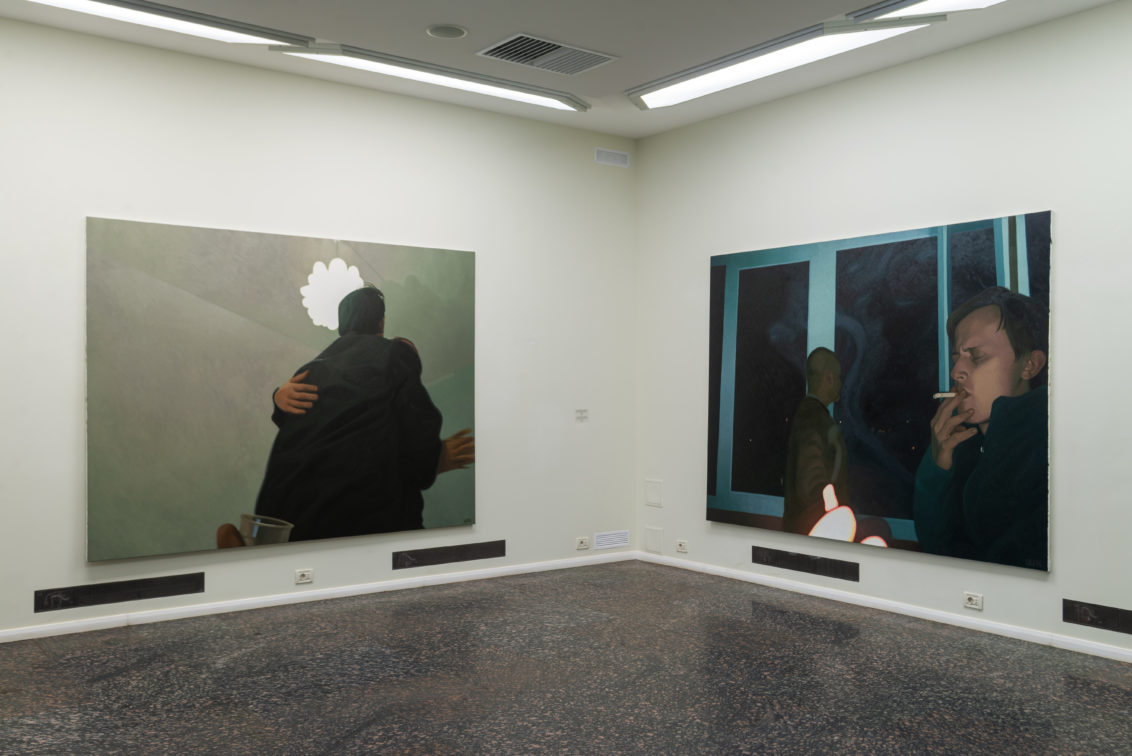 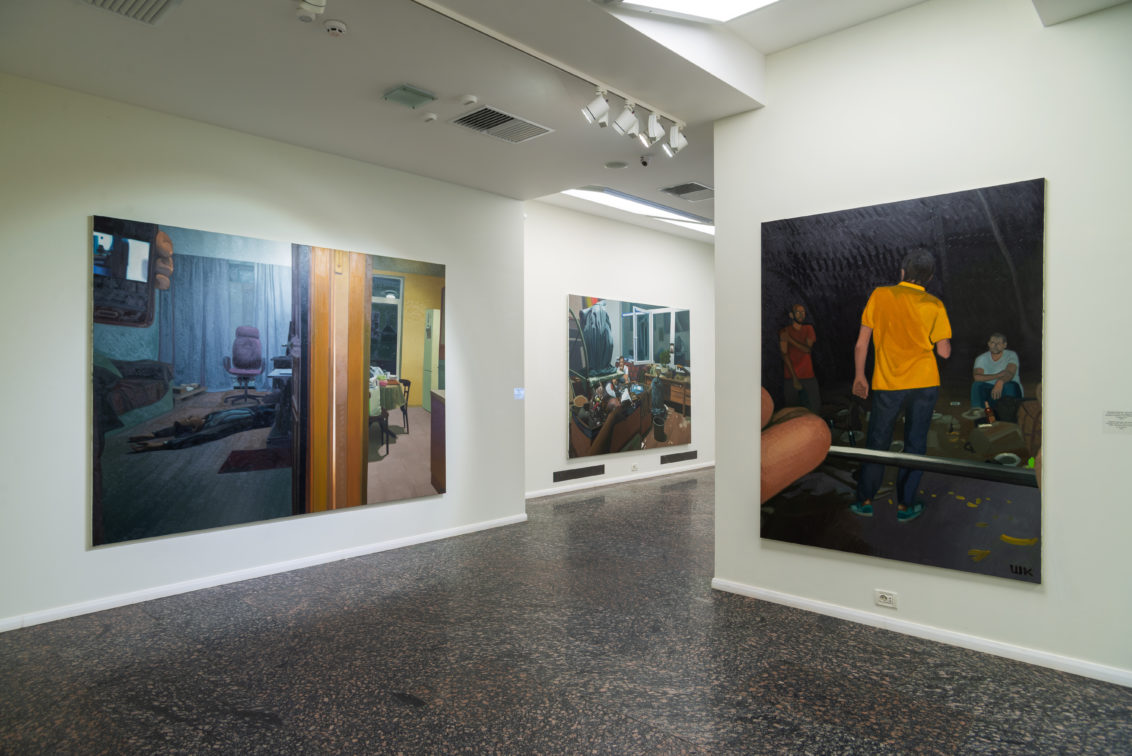 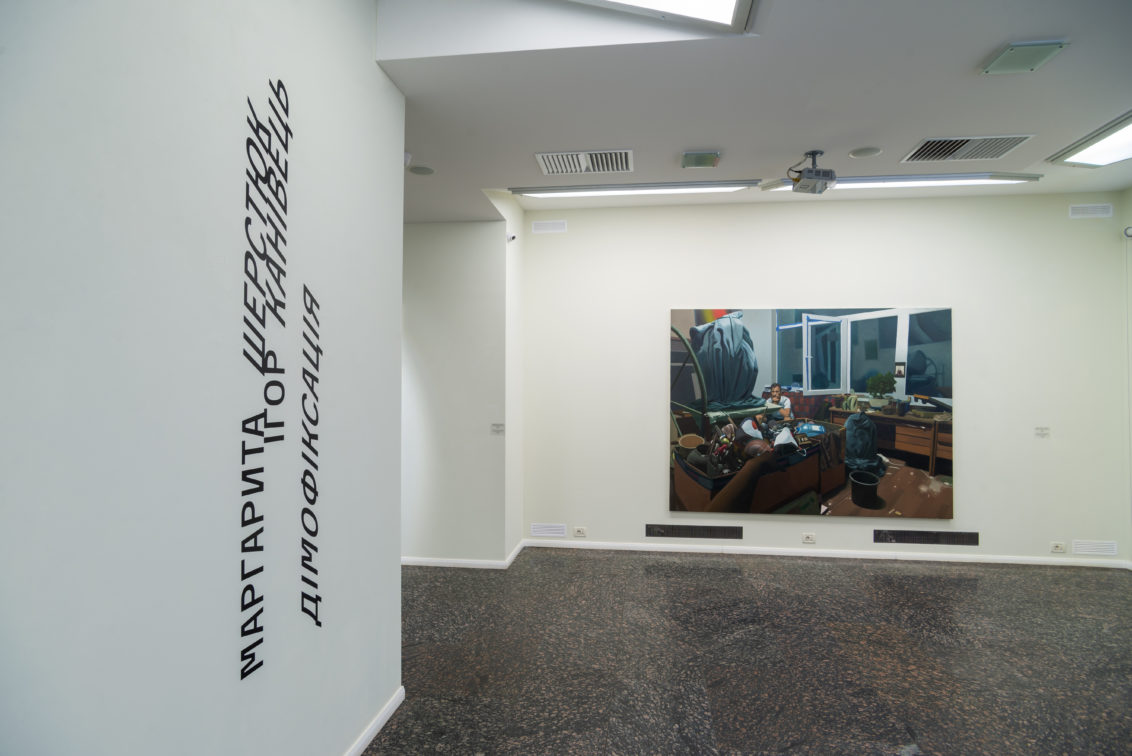 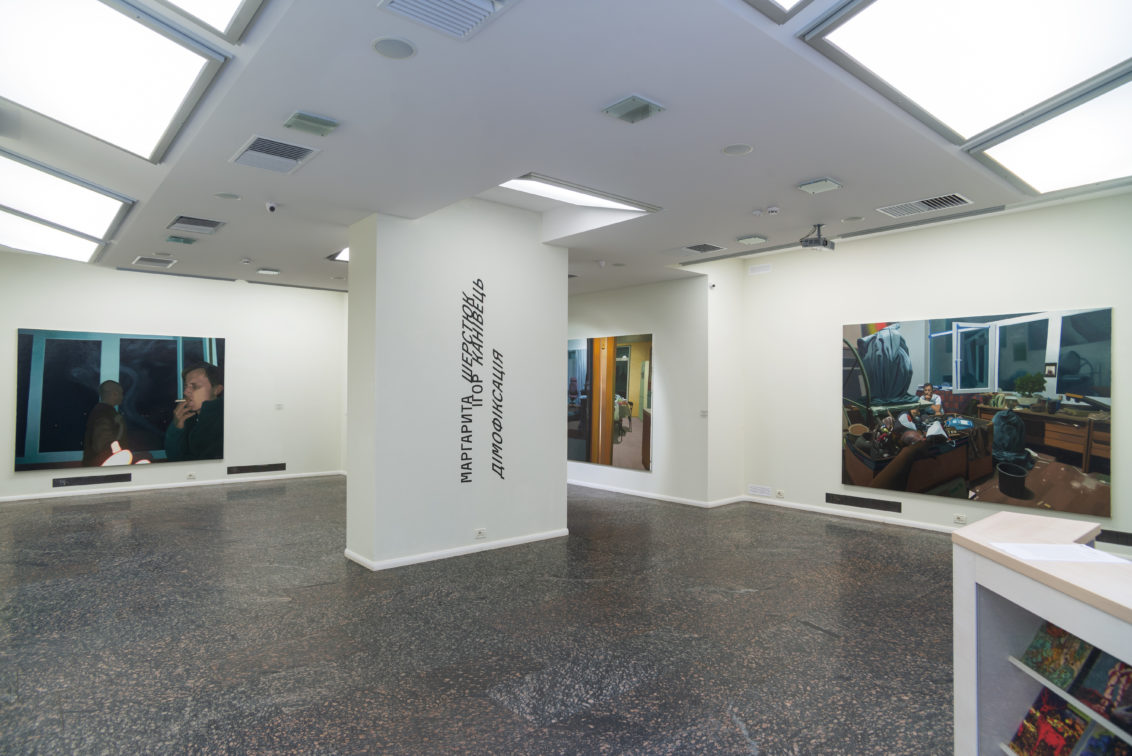 Dymchuk Gallery presents a new project by Margarita Sherstyuk and Igor Kanivets. A series of large-scale paintings consists of 6 canvases created by artists in the last few months.

“We continue the cycle of paintings, in which we fix our lives using the composition “in the first person”. This time it was decided to create an exhibition devoted entirely to one person. When Igor suggested this, we briefly wondered who could it be and at the same time we said: “Dima!”. The idea to write a series depicting our friend – little-known in art circles, not public, but dear to us – seized us and kept in an euphoric state for the entire process of its realization. There is something in this, which is not entirely descriptive, at the sensual level. At first I liked the “unselfish game”; the first impulse was the curiosity “how would it be?” The fact that the work was created secretly from the main character added more intrigue to this project. Having immortalized our friend, we emphasized the value ​​of every human being. The effect is exacerbated by the careful elaboration, the hyperrealistic style of the painting and the large size of canvases. I want to note that the meaning of the project that started as a joke, was transformed during the realization. On the one hand, the ease of the idea, and on the other hand, the depth of the inner world of the hero of canvases which is discovered through the daily study of external signs (plastic, facial expressions, phrases). Due to the concentrated contemplation of the image of one person, we increased empathy for mankind in general. It should be noted that Dima is not a star character, but also not a typical representative of our time. Our choice is completely illogical and not dependent on considerations of underlined topicality, hype. This is something personal, spontaneous, implicit “.