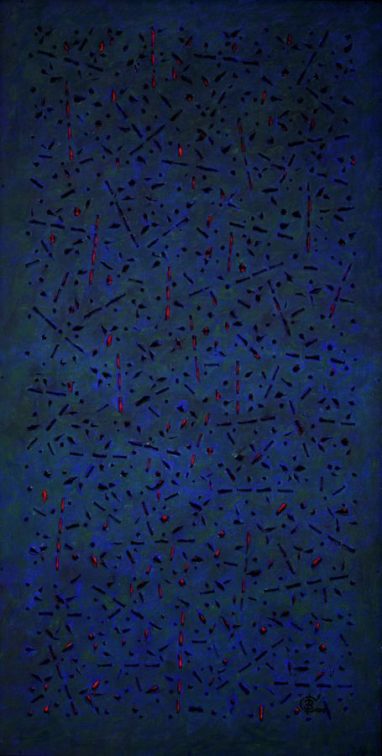 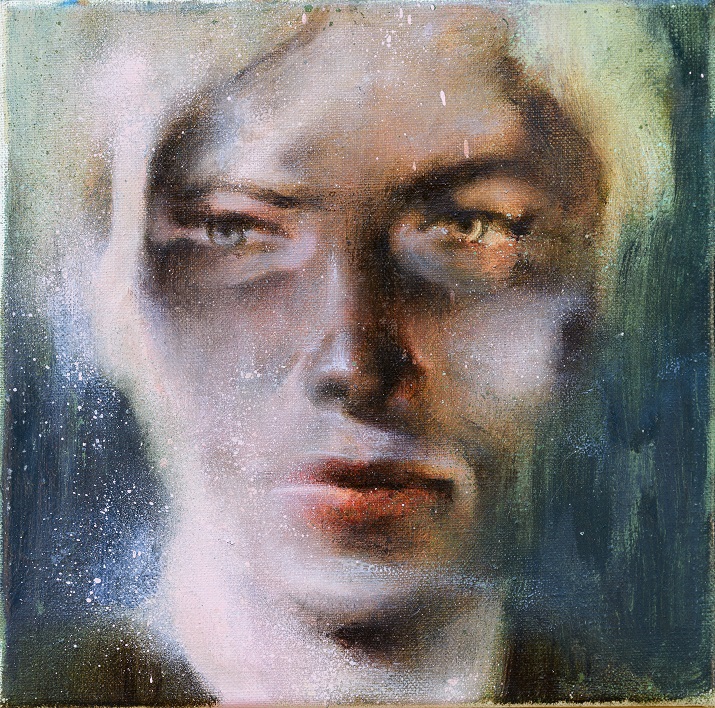 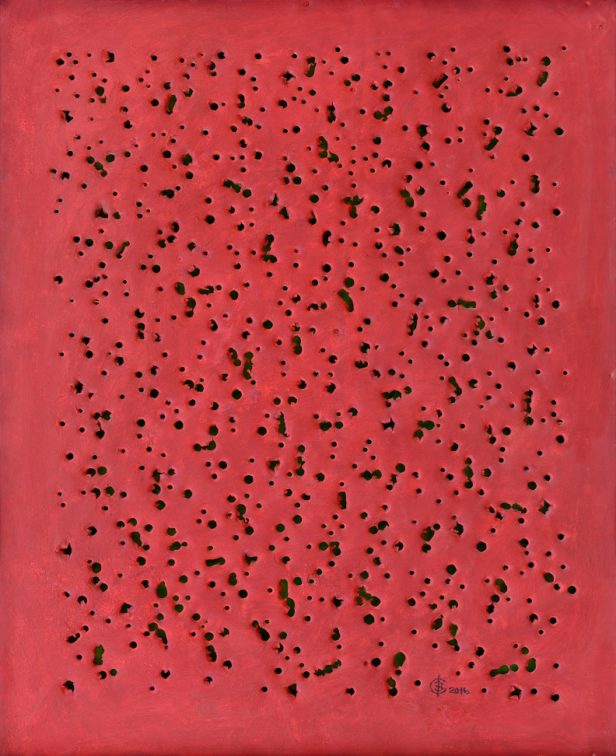 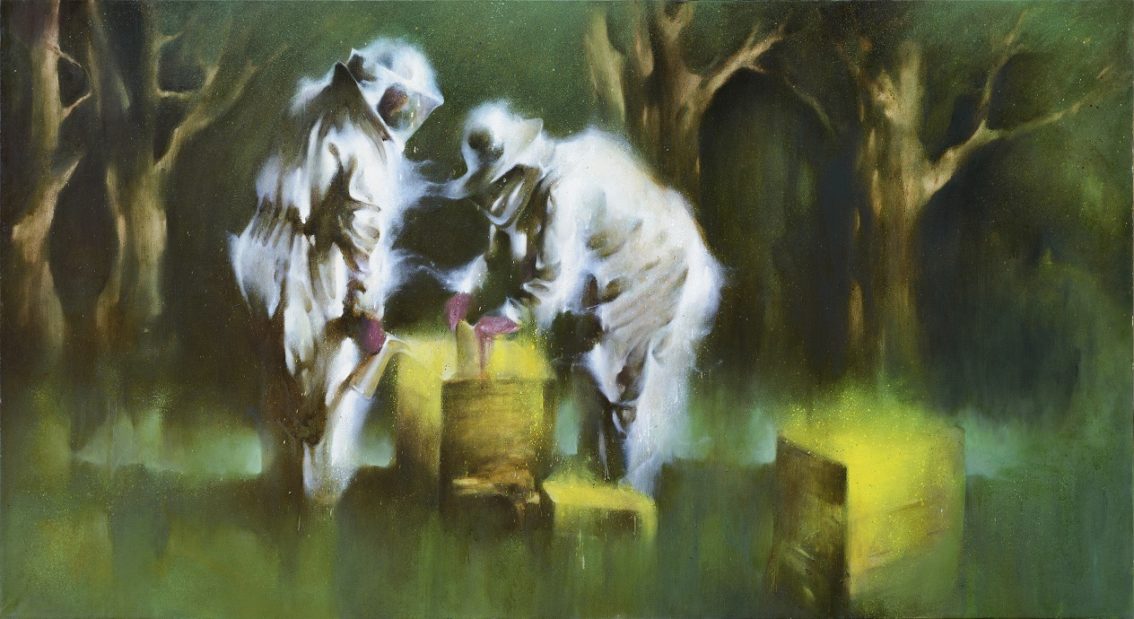 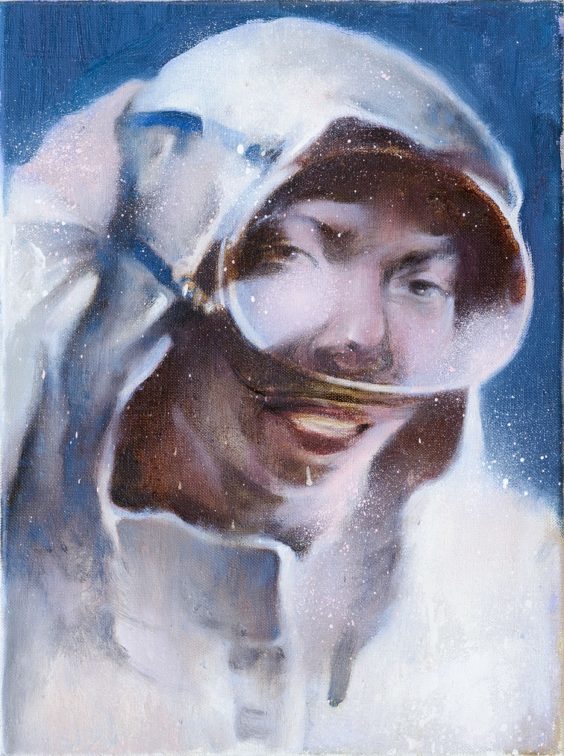 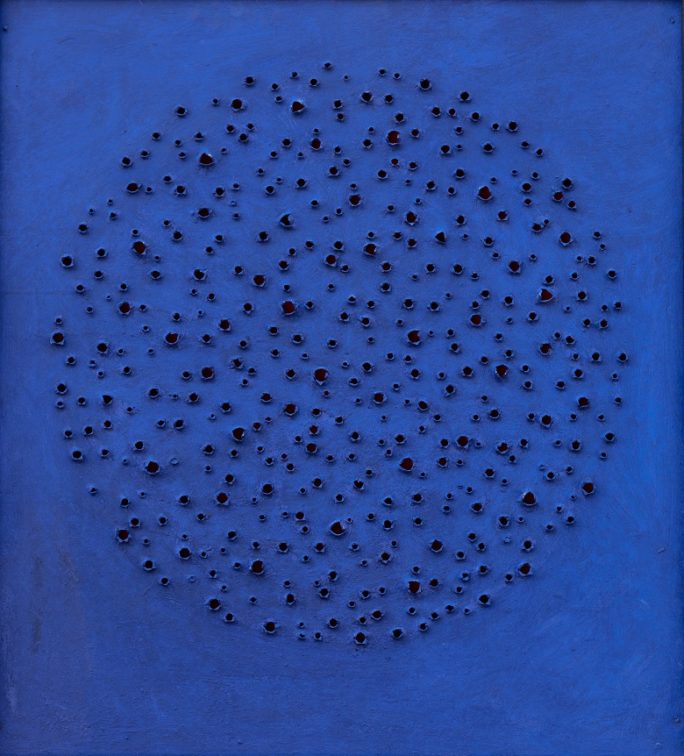 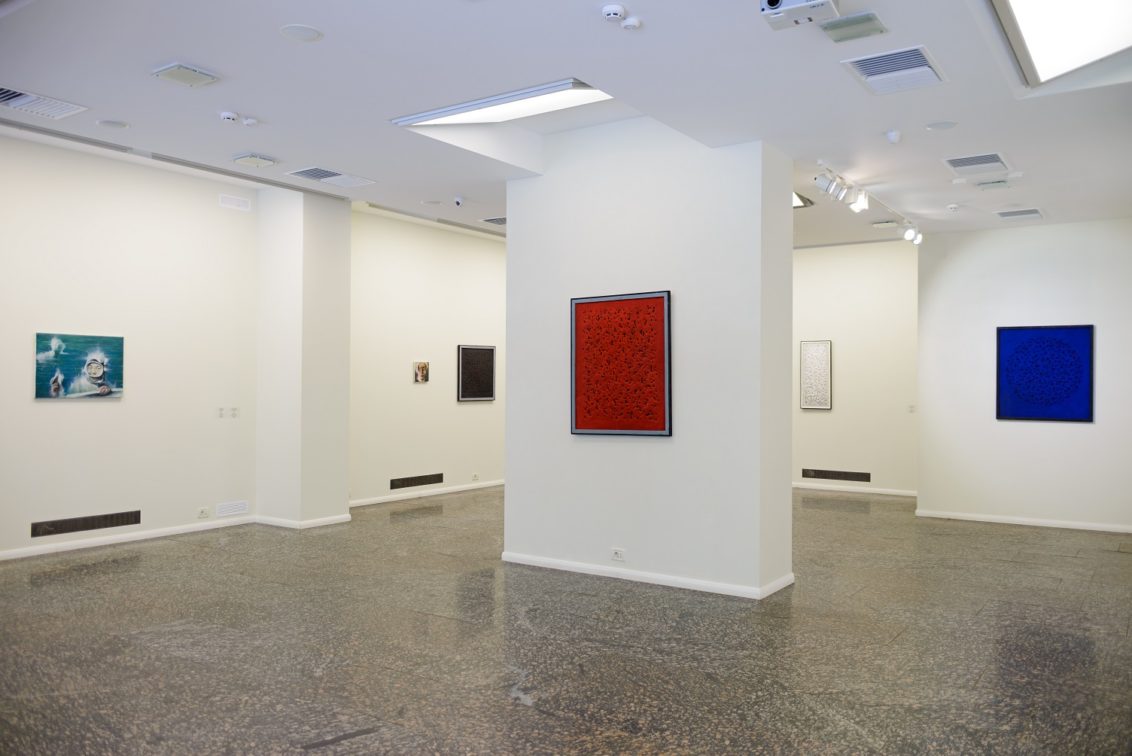 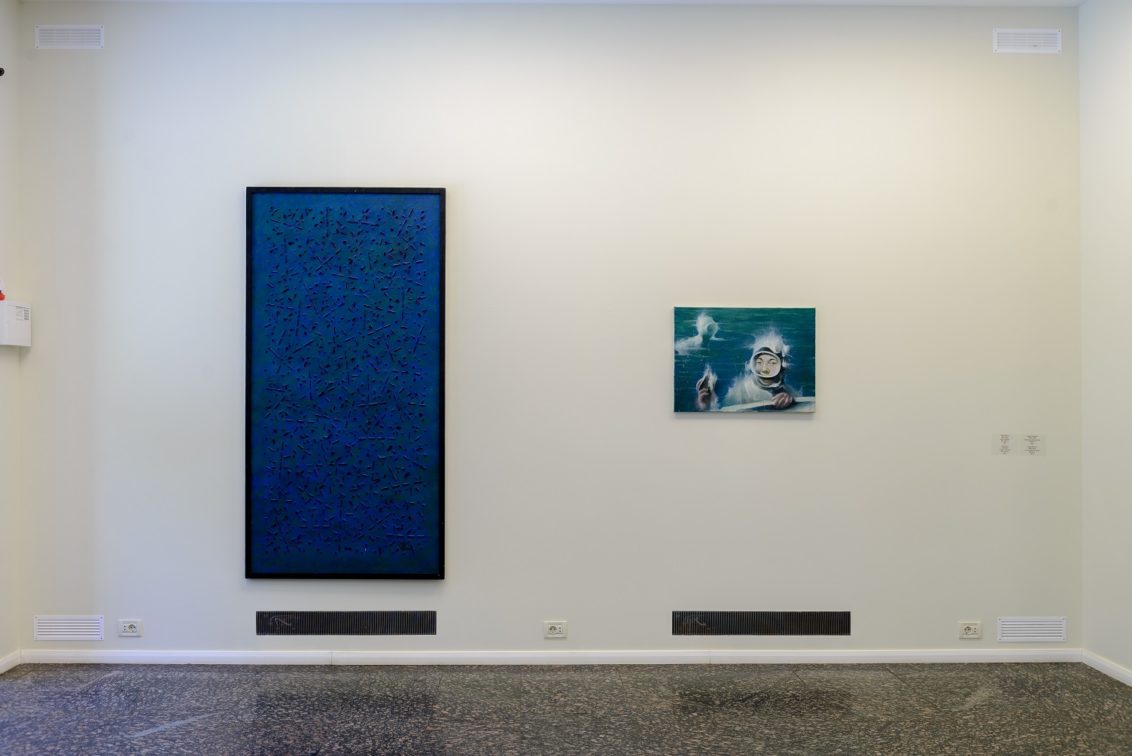 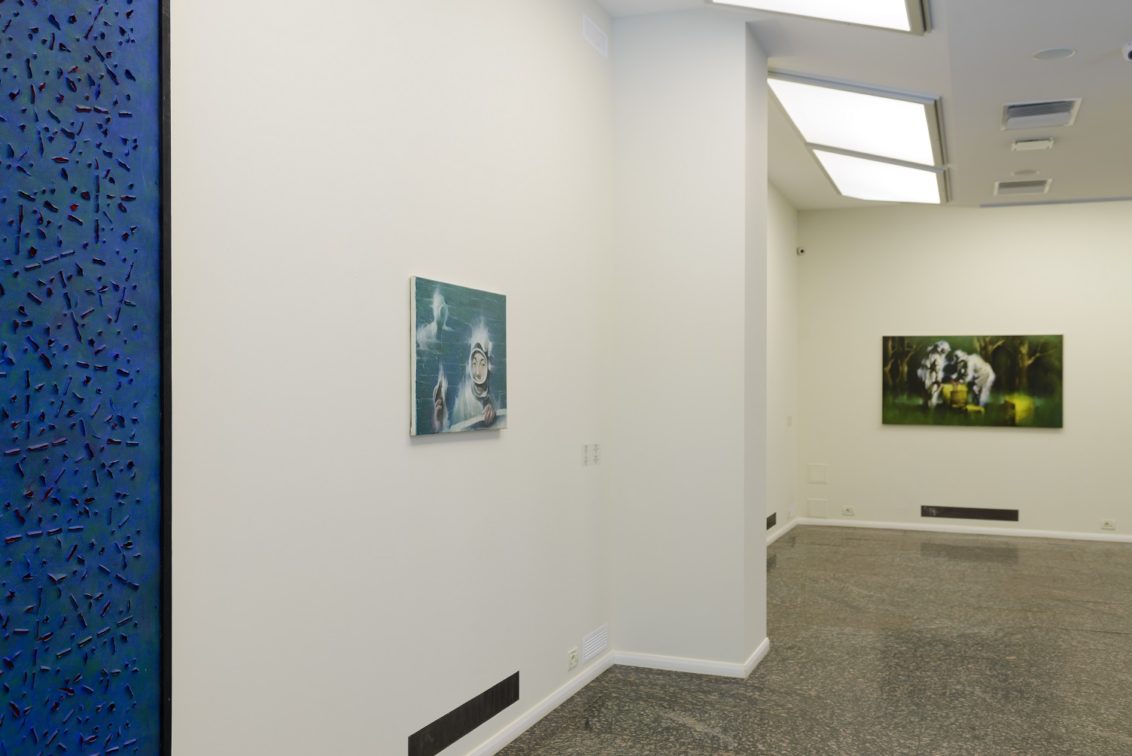 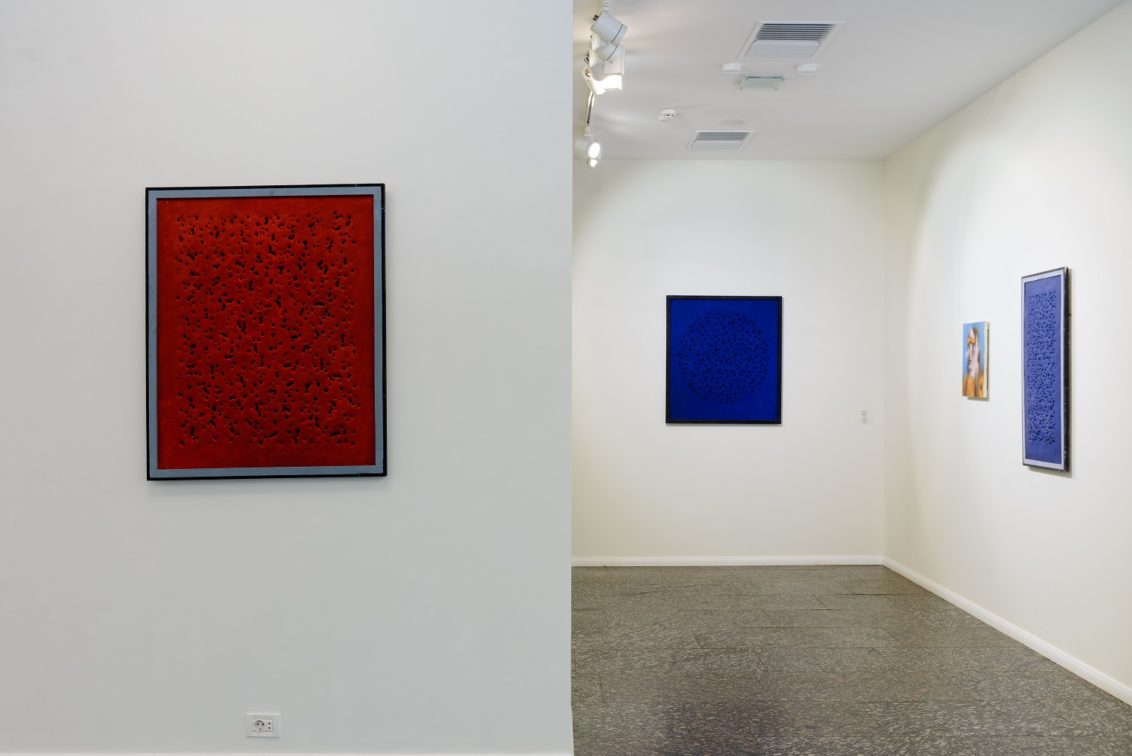 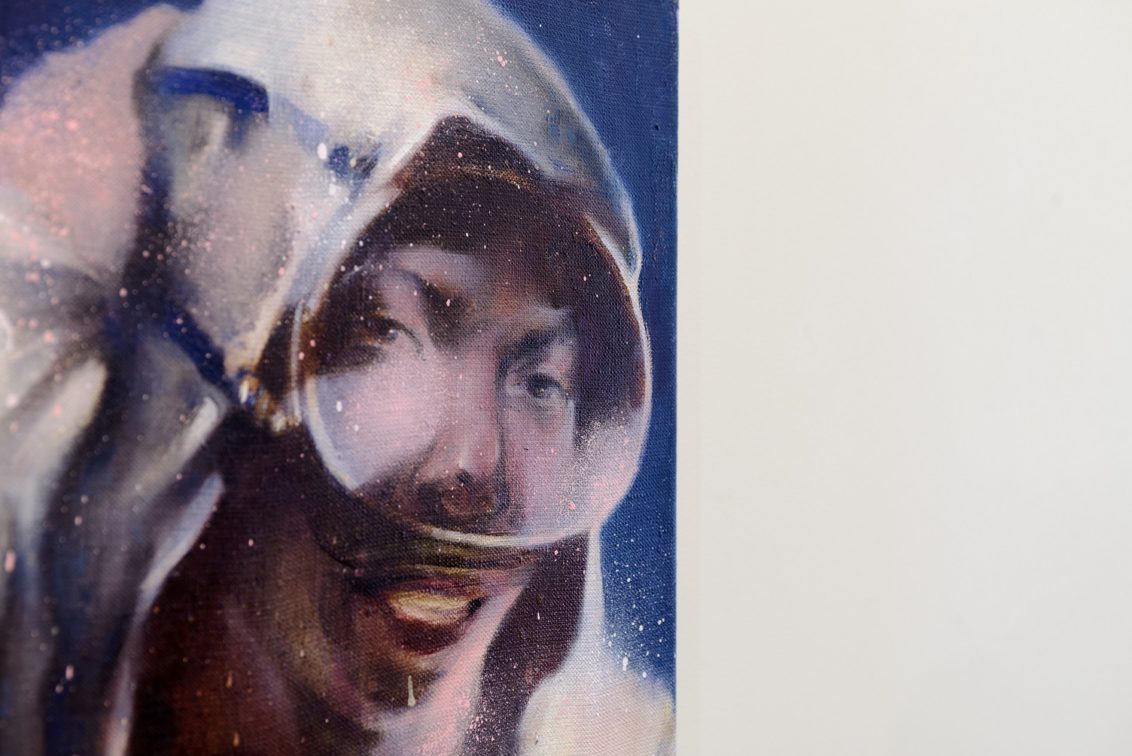 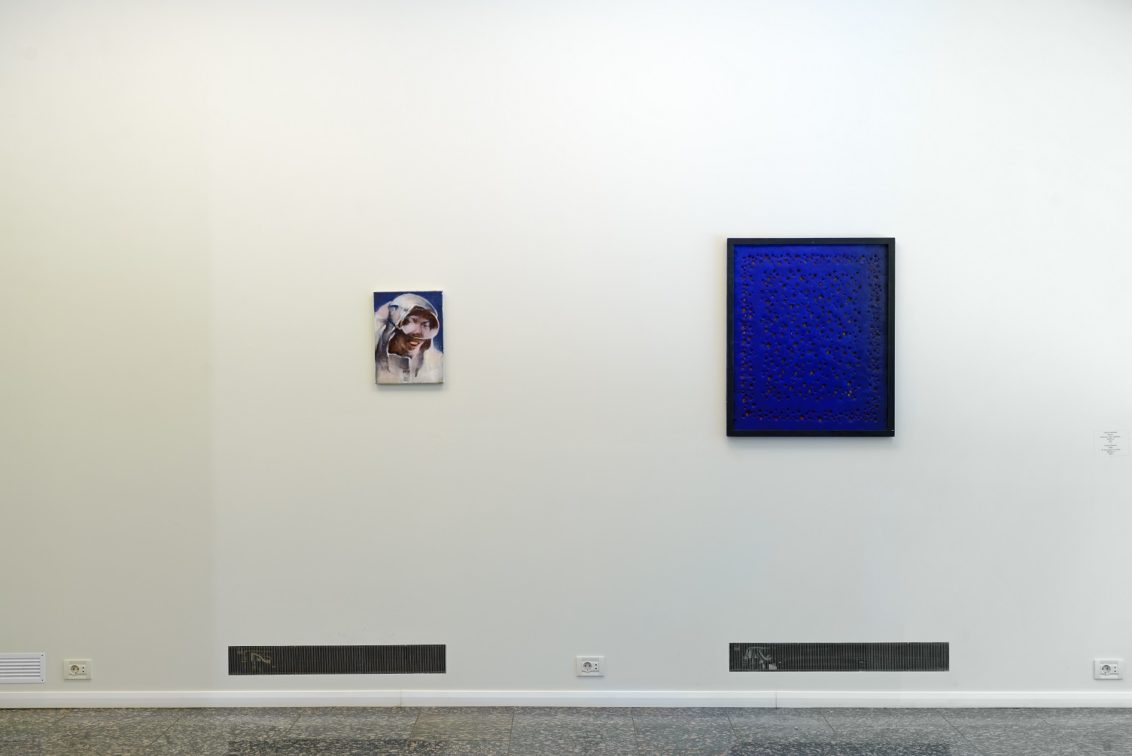 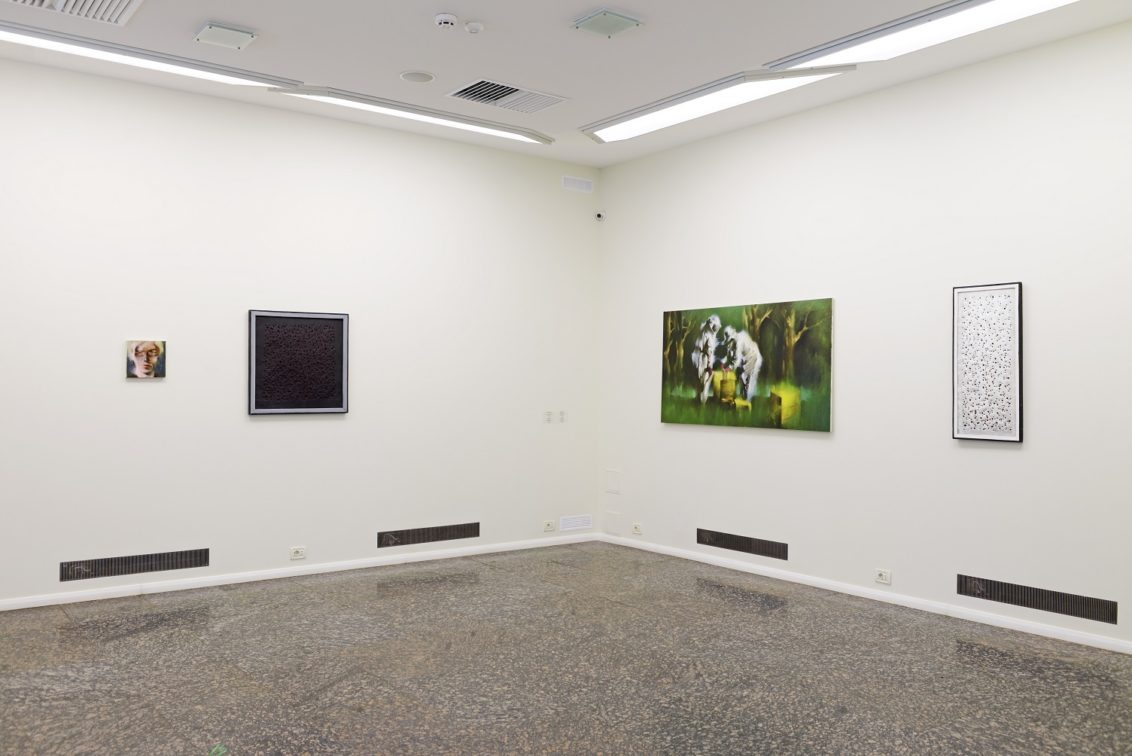 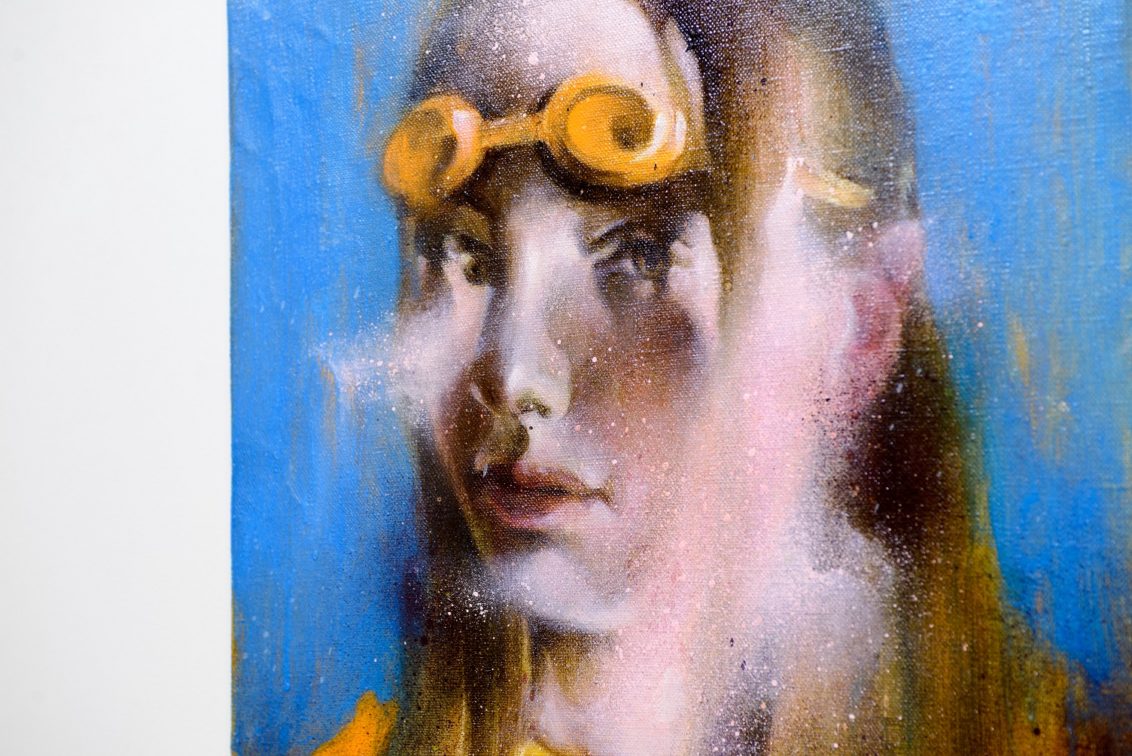 “The Constellation” cycle, that was launched in 2015, seeks to match the creativity of the Odesa artists of two different generations – nonconformists who were not recognized by the State, had no opportunity to exhibit their works and were forced to emigrate, and contemporary artists who are able to experiment and completely free in their statements. They worked at different times and set different goals. Often it is impossible to find a direct connection between them. Therefore, the result of such a comparison can be very unexpected.

This is more about opposition, rather than influence or exchange, in the case of Vasyl Sad and Sergiy Kononov.

After all, Kononov is inspired and influenced by such artists as Sergei Zarva and Yevgeny Petrov. The hero of Kononov’s work is always a person whose character is deformed and suffers changes. The new series, which is exhibited at the show, is an attempt to outline the relationship between man and nature, which is dominated by the first. Is it natural and unbreakable or perhaps the man’s domination over the nature is only a historical stage that mankind will be able to overcome?

Vasyl Sad, in turn, is a member of the group “Mamay” – a community which is formed on the basis of the movement of Odessa nonconformism of the 1960s. Sad joined the group a bit later, but anyway he is close to them in spirit. Exclusively abstract works by Sad, made on metal and framed by self-made wooden panels, seems like maps of the starry sky. For Sad it is a kind of meditation to work with color, texture and volume. Here, a person as a depicted object is absent, but he/she is present as a subject who watches the beauty of the universe.