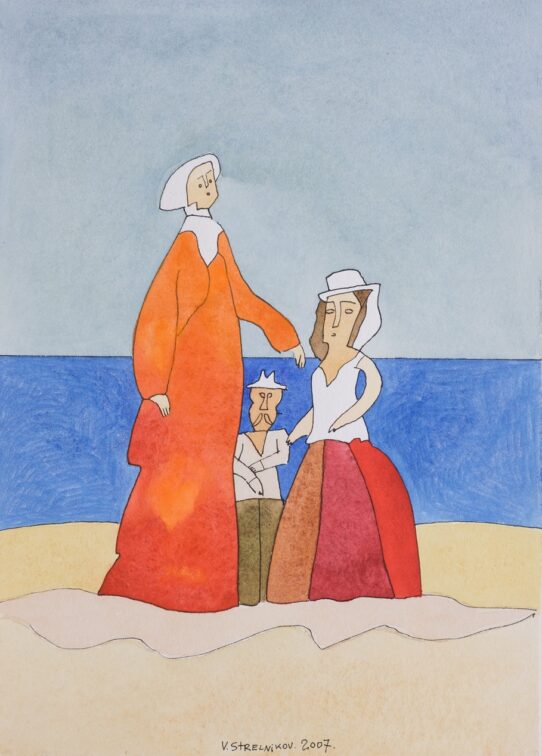 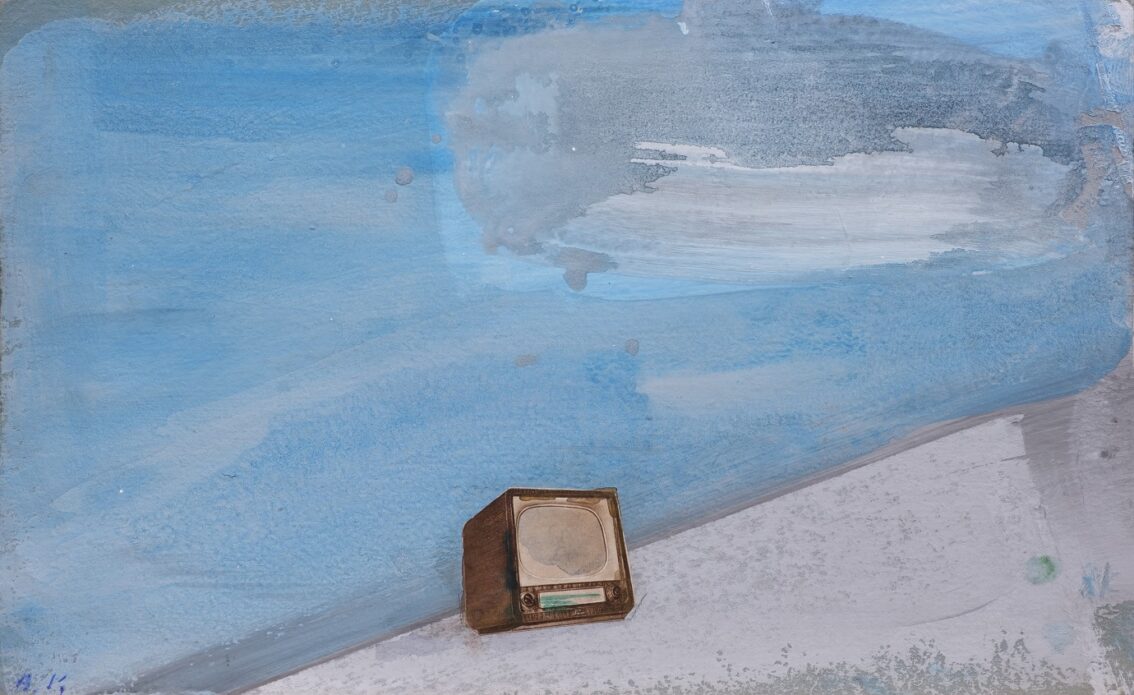 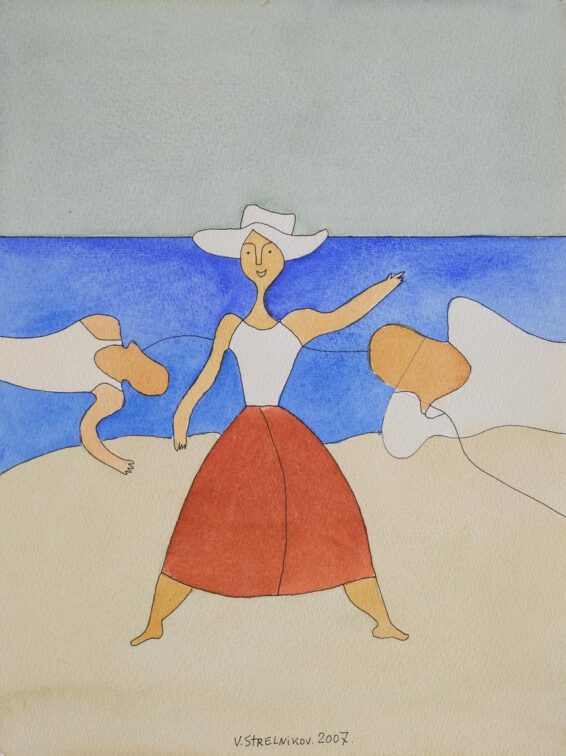 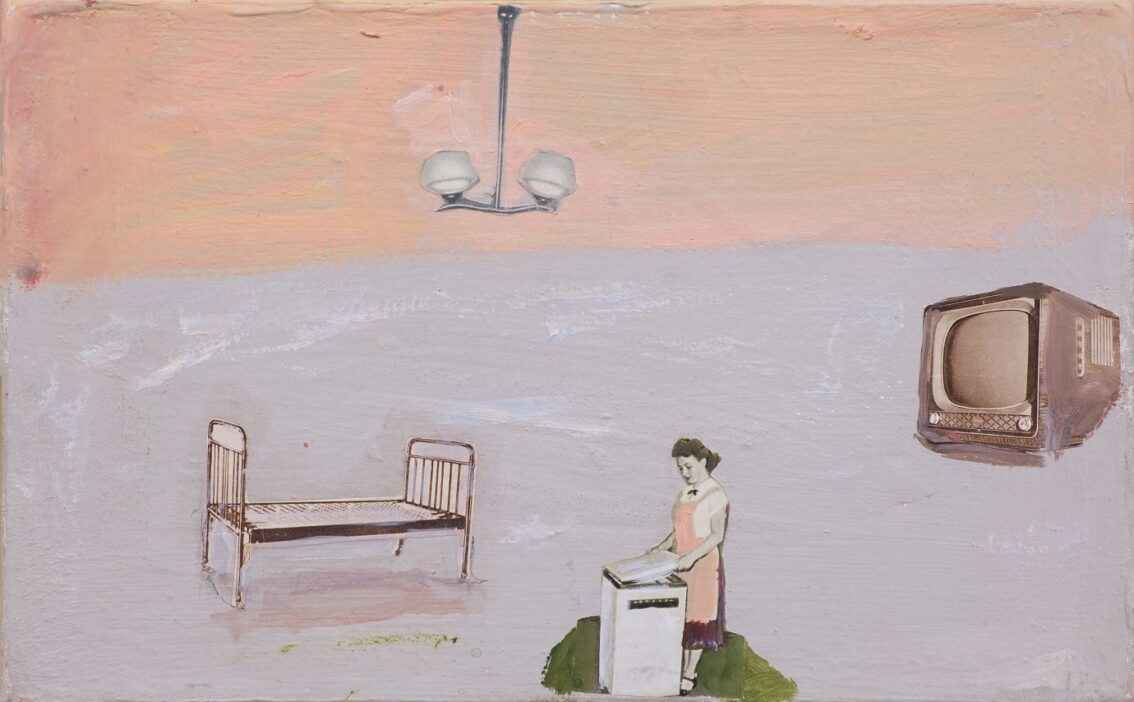 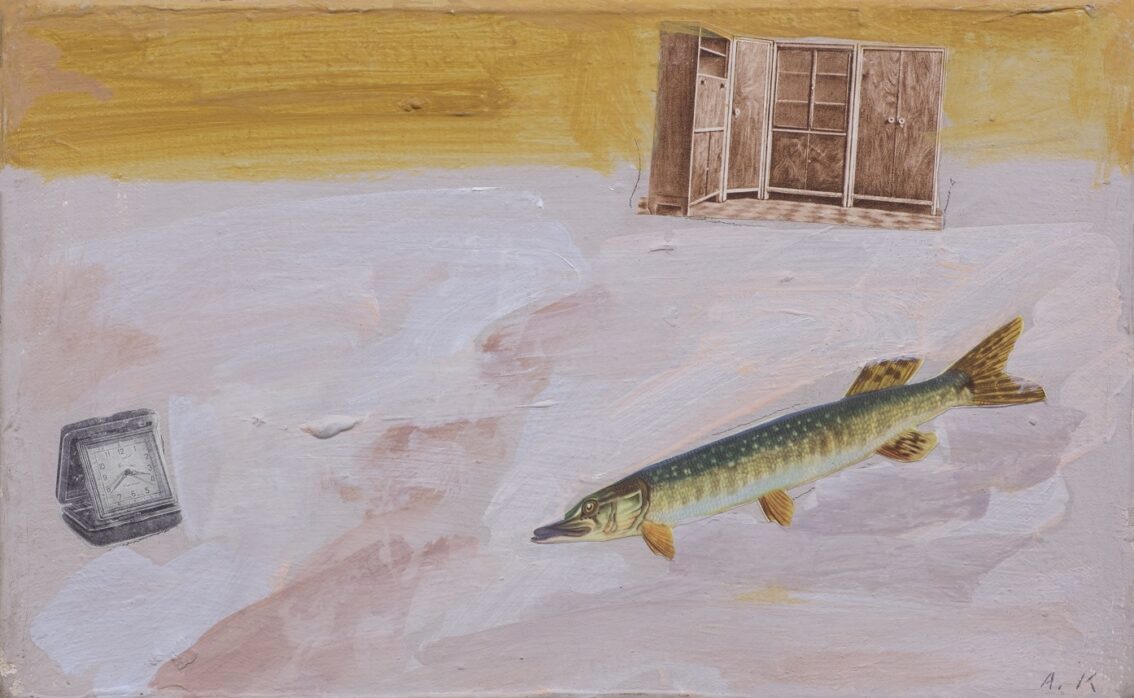 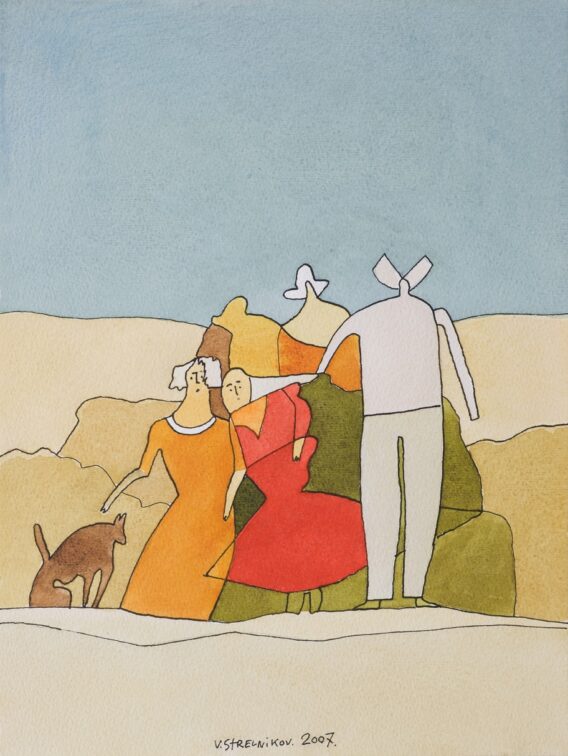 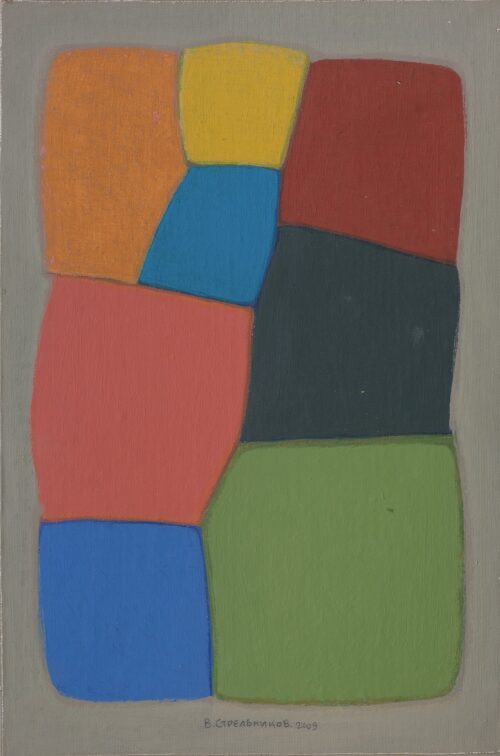 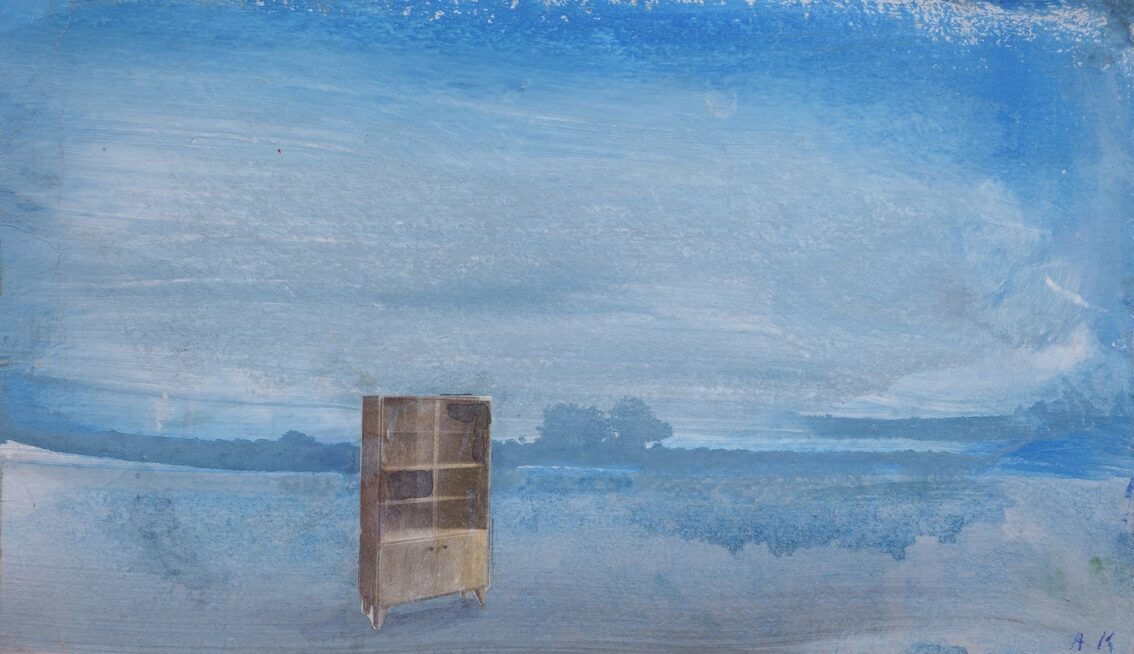 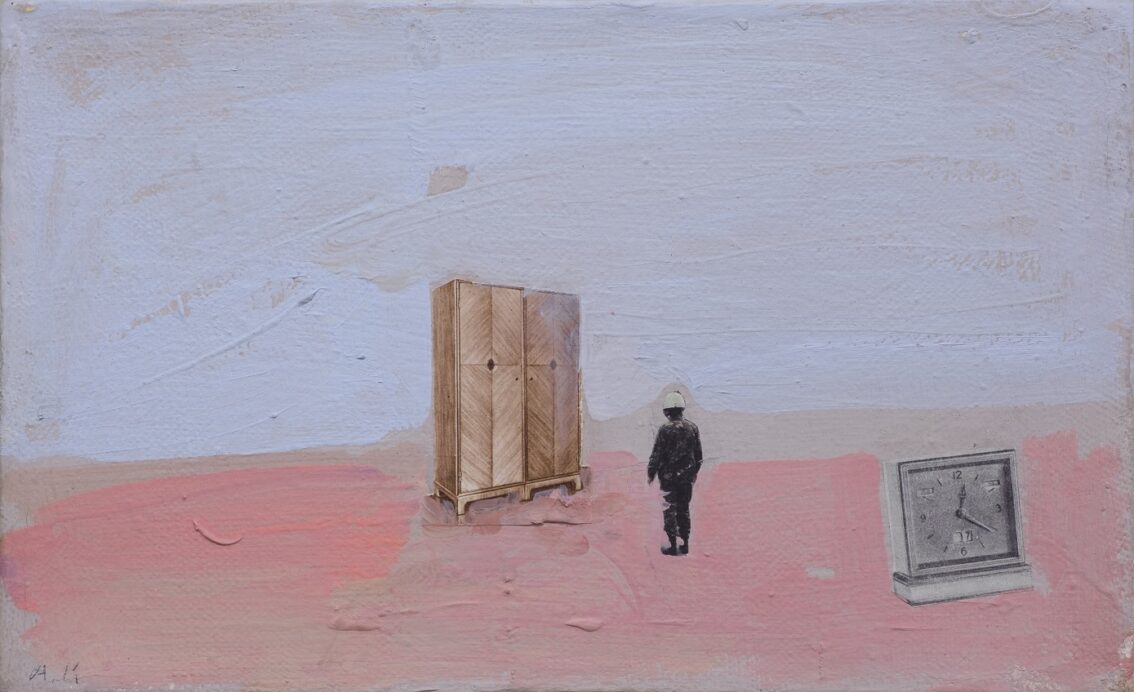 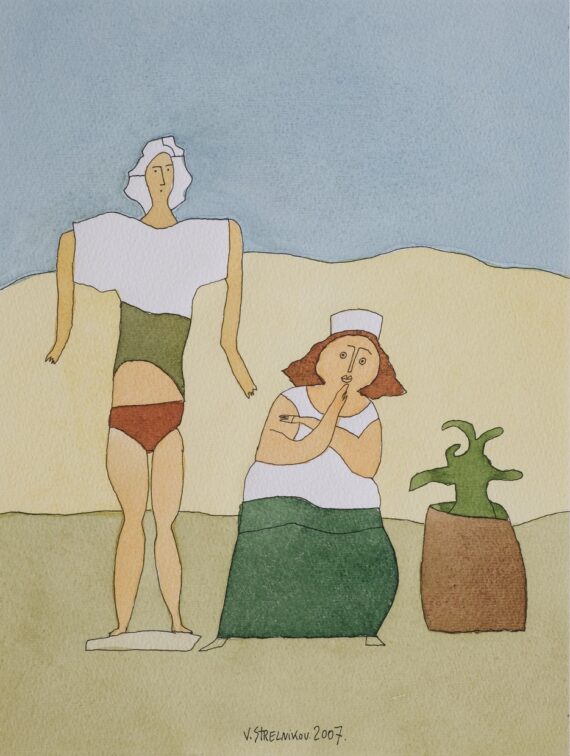 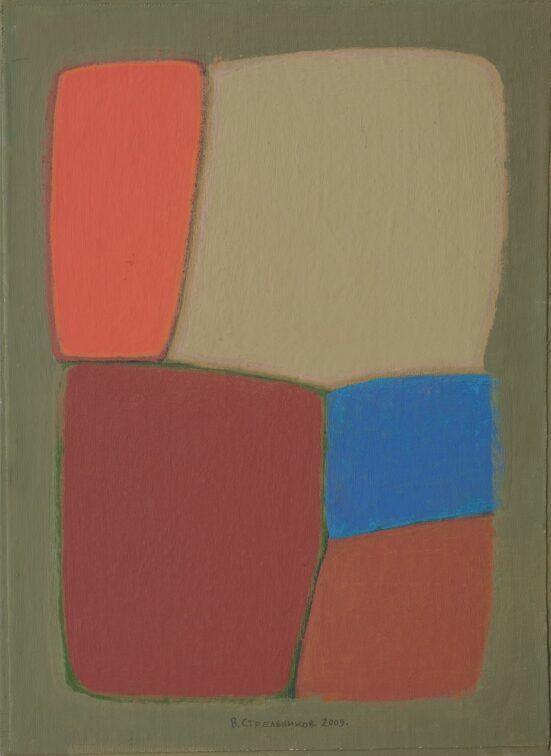 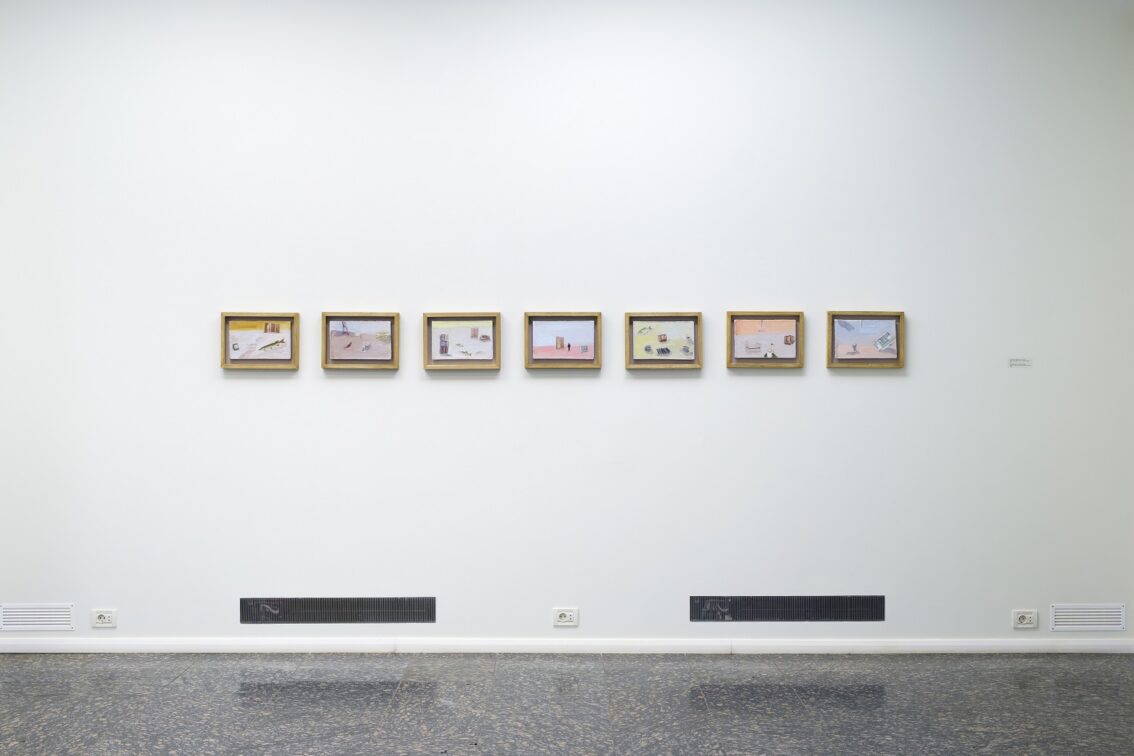 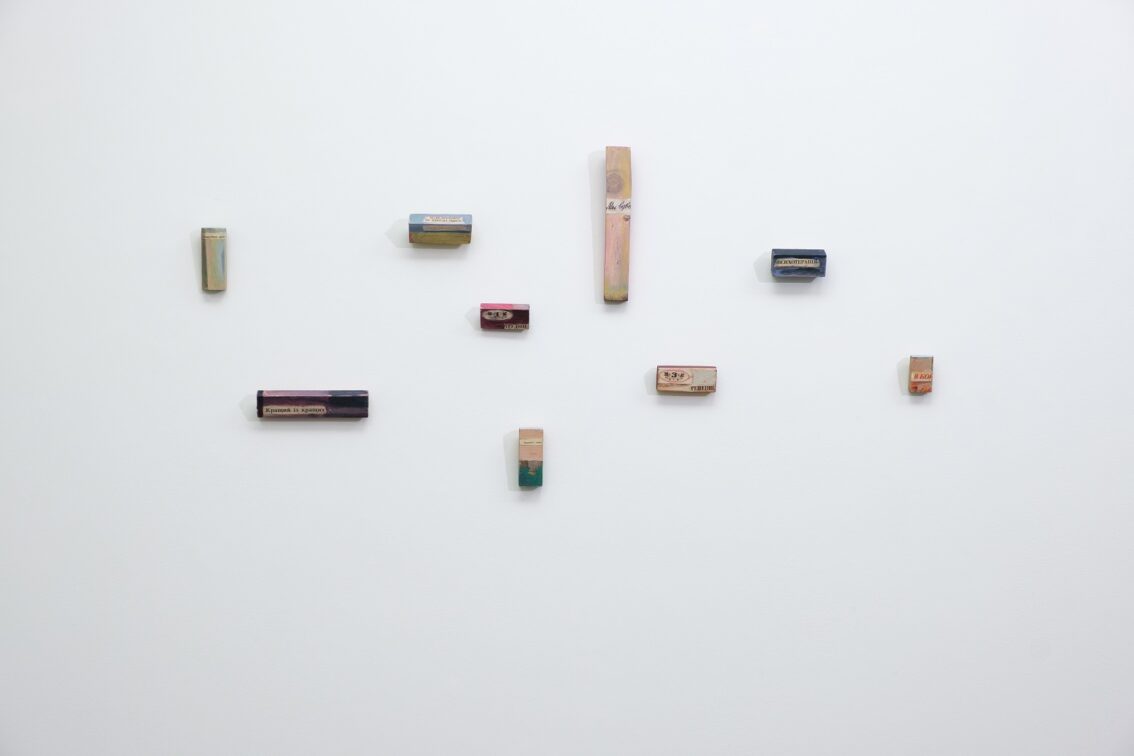 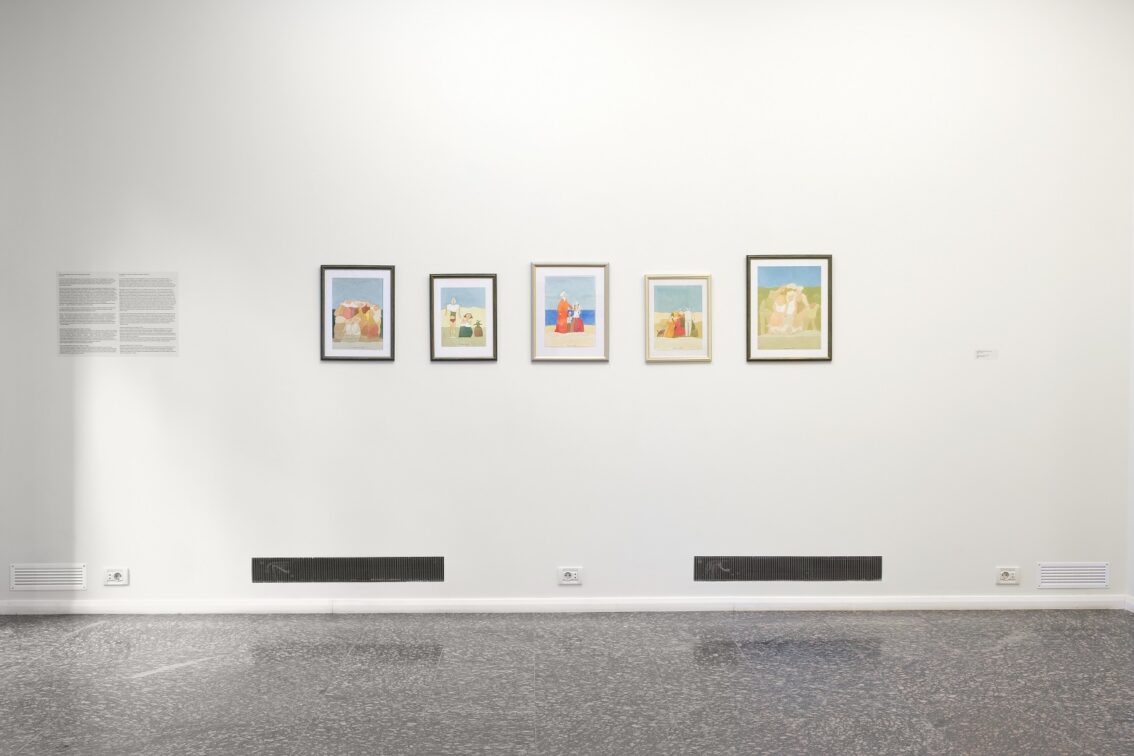 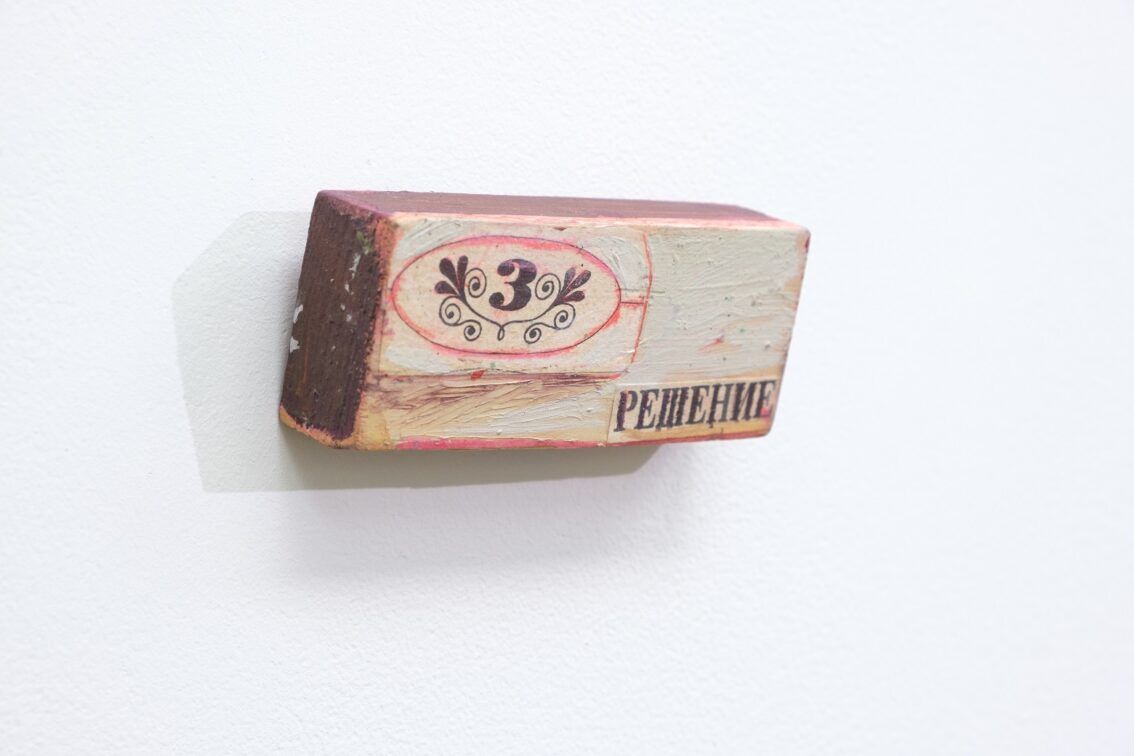 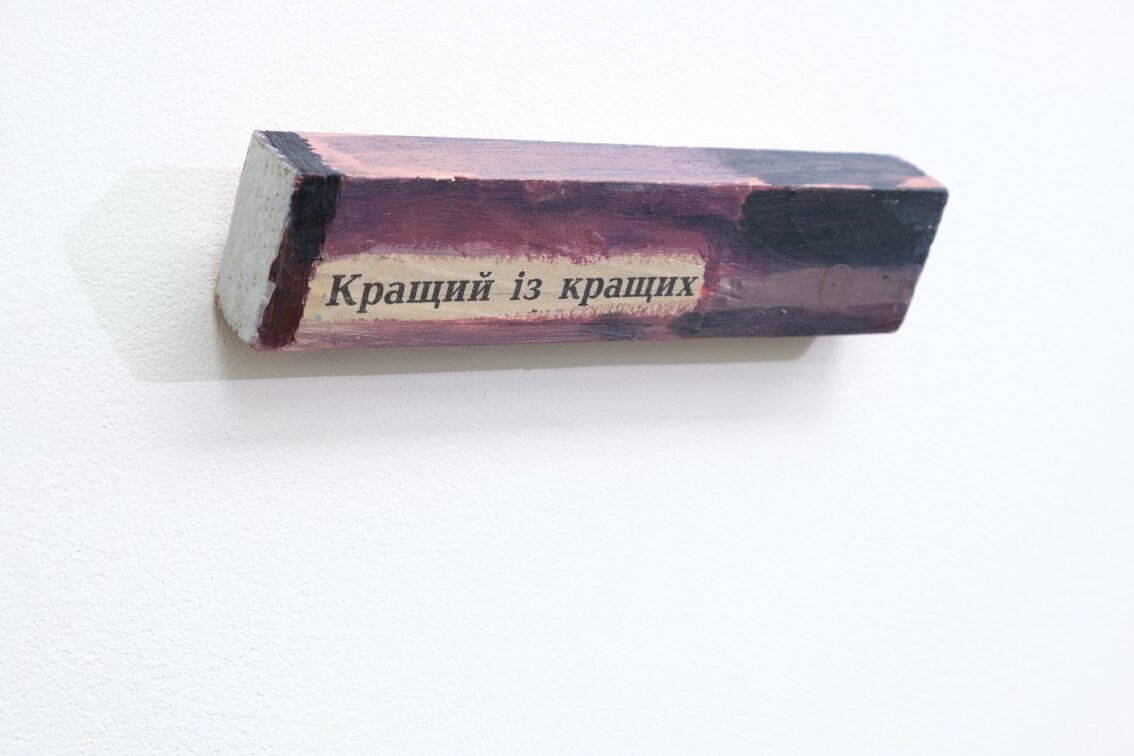 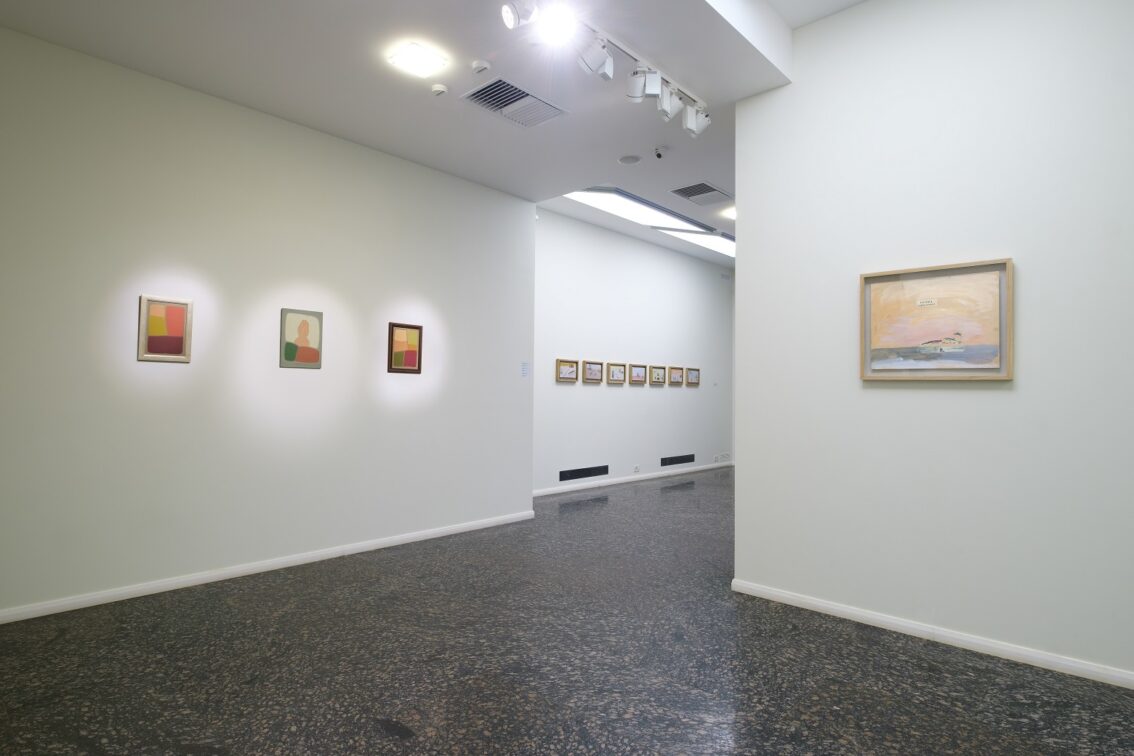 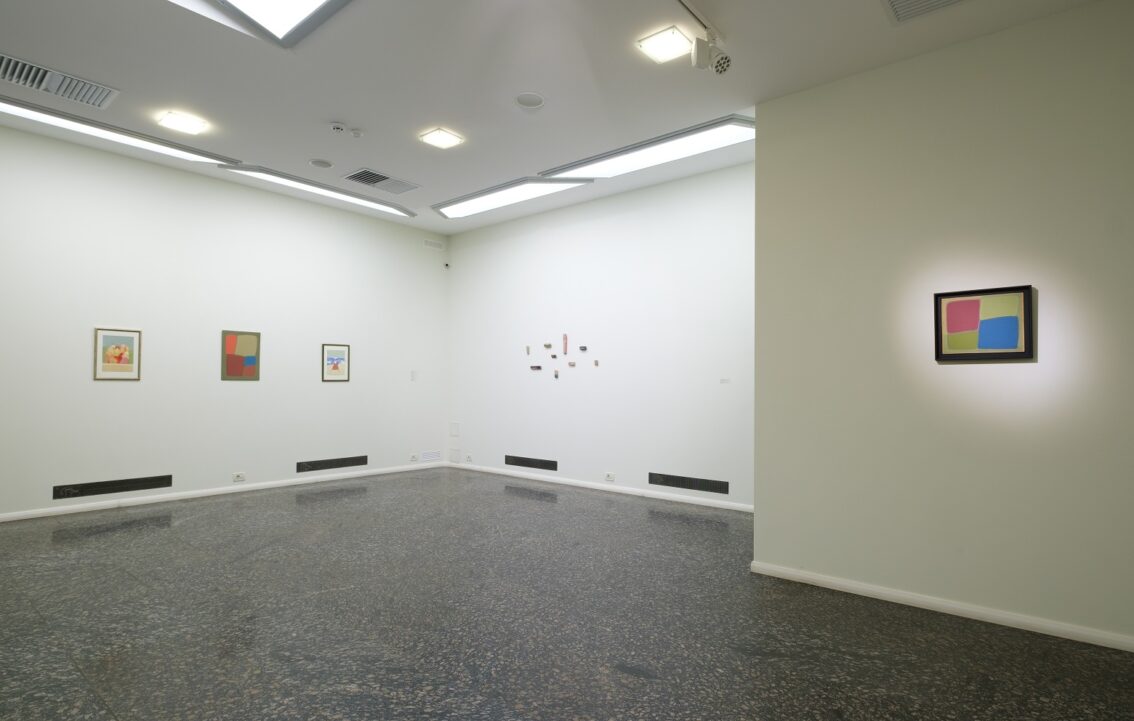 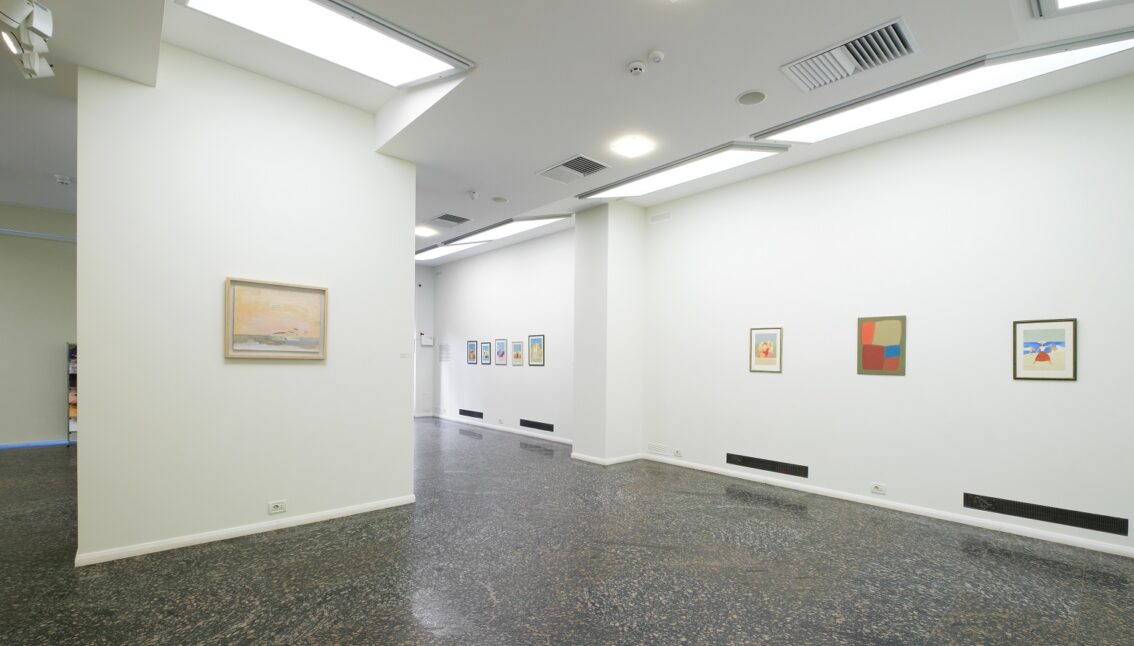 On July 2, the fifth exhibition of the Constellations series opens at the Dymchuk Gallery. Within its framework, works by Odesa artists of different generations are presented – Volodymyr Strelnikov and Alexandra Kadzevich. Constellation is a series of exhibitions in which the artistic practices of two generations are compared: representatives of Odesa nonconformism of the 60s-80s and contemporary Odesa artists. The exhibition will feature watercolors from the 2000s and abstractions from the 90s to 2000s by Volodymyr Strelnikov and the series Between Things and Short Words of 2018 by Aleksandra Kadzevich.

Although the goal of “Constellations” is not to establish continuity or to select artists based on formal similarities, a certain consonance of artistic practices and personalities is still a prerequisite for forming a pair. In the case of Strelnikov-Kadzevich, the first thing that catches your eye is the connection of artists, albeit not at all complementary, with their city. Odesa with its richness of textures and colors acts both as a background and as an inspiration, as something that attracts and repels, something that is difficult to live without. Strelnikov, forced to emigrate under pressure from the Soviet special services to Germany in 1979, already from the end of the 80s, as soon as it becomes possible, regularly returns to Odesa. Kadzevich, who went to study in Kyiv, also admits that although the artistic life in the city by the sea is less active than in the capital, she is drawn to return there. In response to this almost Mediterranean general laziness, as well as the sluggishness of artistic processes, Kadzevich creates the Noch gallery in his workshop. Strelnikov, along with a group of like-minded nonconformist artists, was one of the initiators and active participants of unofficial apartment exhibitions – the only opportunity to exhibit in the 60-70s. In either case, of course, due to various circumstances and reasons, the artist goes beyond his role as a solitary creator and undertakes to “equip” the world around him, creating situations, opportunities and provoking the development of the local art scene.

If we return to the artistic practice of Strelnikov and Kadzevich, then we can see some similarities here. Even though both are experimenting with materials – they have a wide range of artistic means in their arsenal – however, they remain true to painting. For Strelnikov, this is work with abstraction as a continuation of the traditions of modernism in the conditions of the primacy of socialist realism; for Kadzevich, it is work in the conditions of a post-medium, where the pictorial beginning always remains. Sometimes their painting moves from canvas to board or cardboard or is filled with collage elements, calligraphic splashes. Both are important in how the material behaves, they attach fundamental importance to color and light.

Volodymyr Strelnikov born in Odesa in 1939.

In 1959 – 1962 he studied at the Odesa Art School but did not complete his education. In the 1960s he joined the group of young non-conformist artists. He took part in “apartment exhibitions” not only in Odesa. One of the founders of the creative association Mamai. In 1979 he took part in the unofficial exhibition Contemporary Art from Ukraine (Munich – London – Paris – New York). In the same year, Vladimir Strelnikov emigrated to Germany under pressure from the Soviet special services, which persecuted him for organizing “apartment” exhibitions.

The works are in the collections of the Zimmerli Art Museum (New Jersey, USA), the National Art Museum of Ukraine, the Odesa Art Museum, the Museum of Contemporary Art of Odesa, the Odesa Literature Museum, and in private collections. Lives and works in Munich. Since 1990 he has been coming to Odesa.

Alexandra Kadzevich born in 1992 in Odesa.

Graduated in Odesa Art School. M.B. Hrekova (painting department) and the course “Contemporary Art” at the Kyiv Academy of Media Arts (Kyiv). In June 2018, she founded artist-run space Noch in her studio in Odesa. Nominee for the PinchukArtCentre 2019 Award, participant in the fourth SWAP Art Residences Program: UK / Ukraine 2019, and Salzburg International Summer Academy of Fine Arts (Salzburg, Austria) in 2021. Lives and works in Odesa.