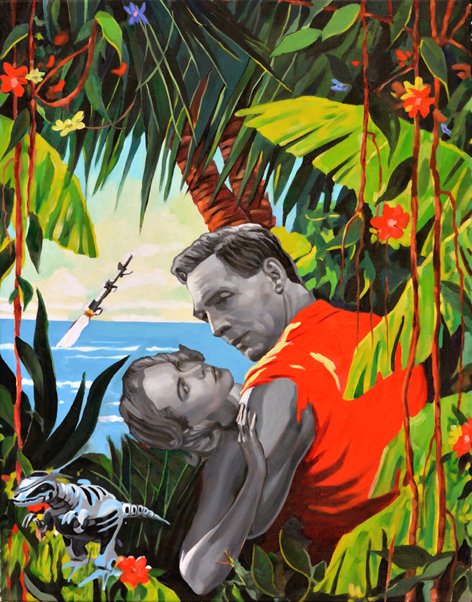 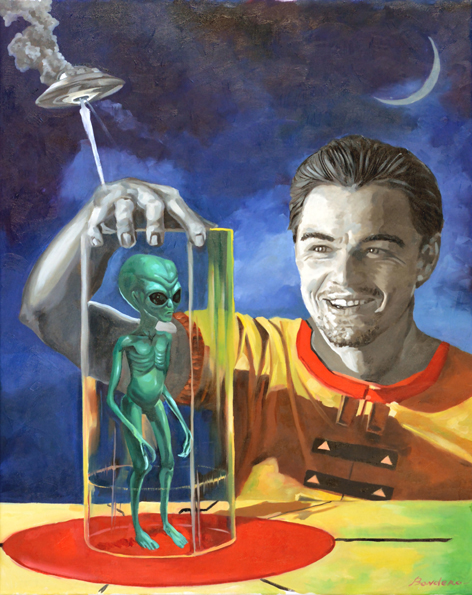 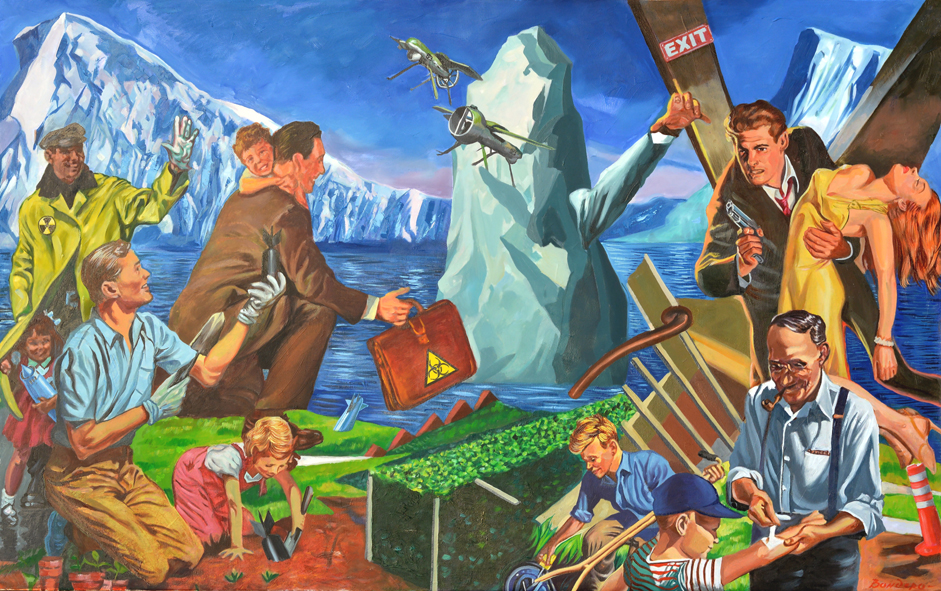 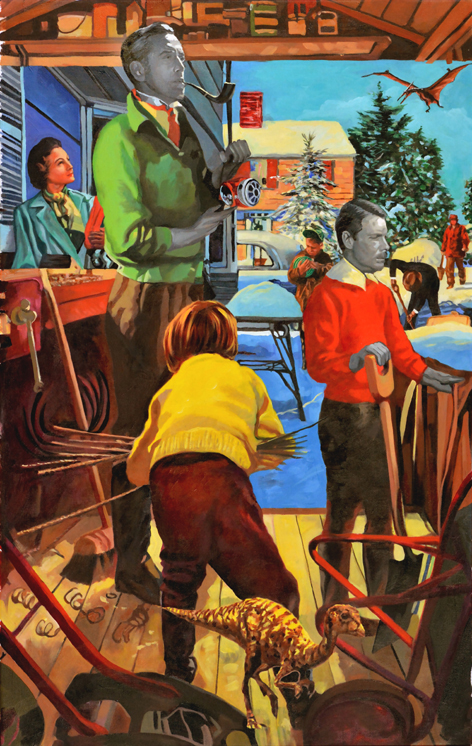 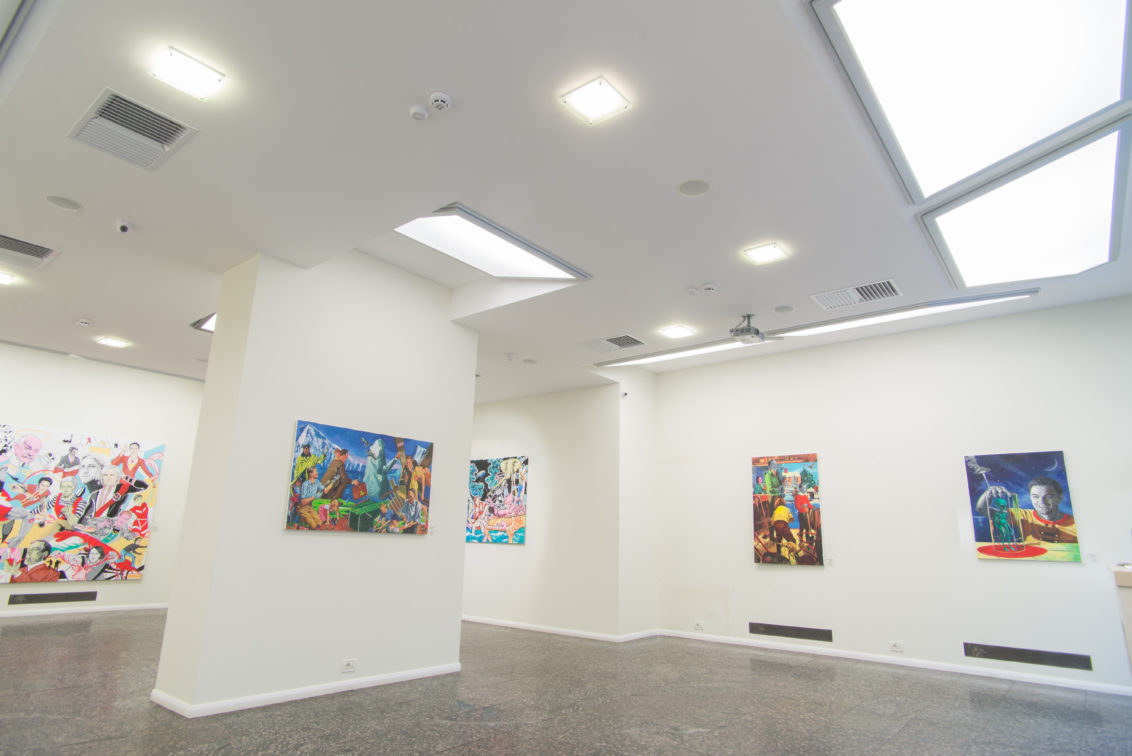 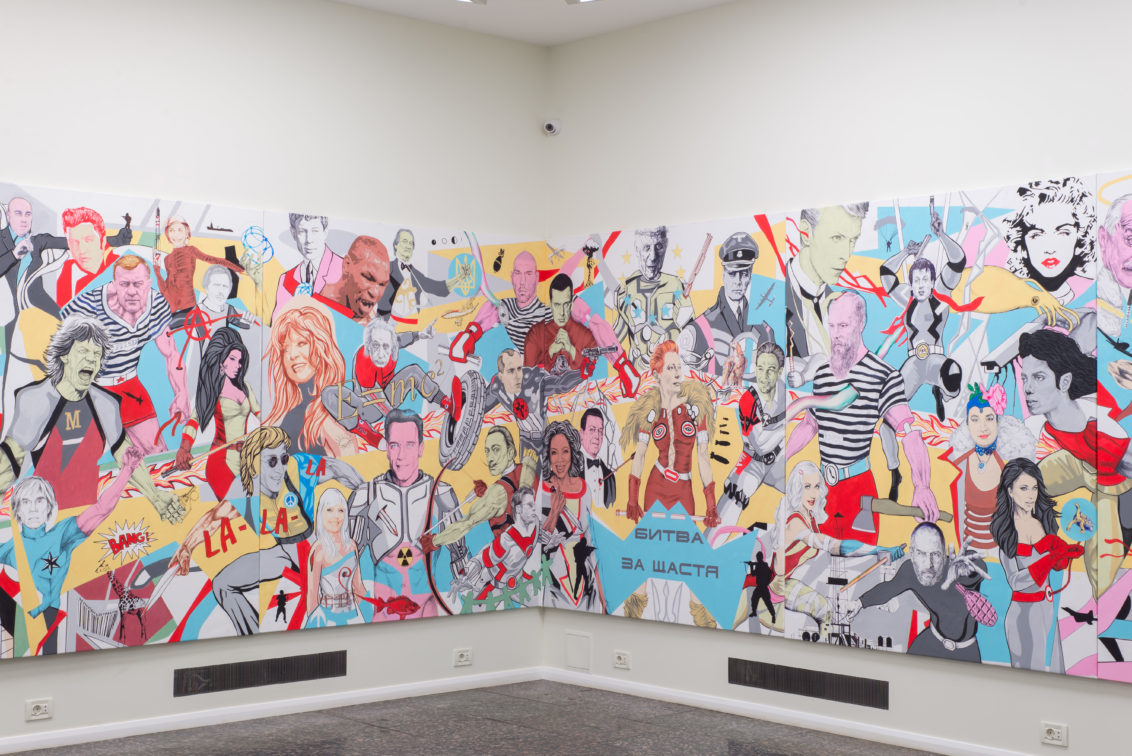 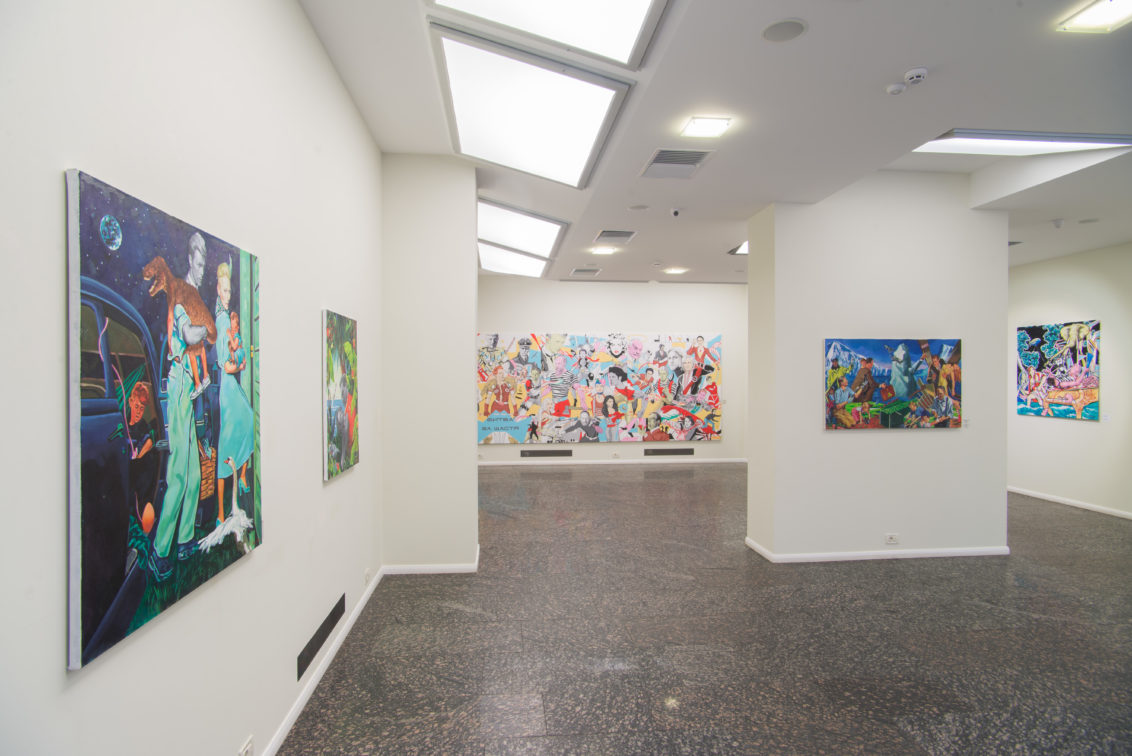 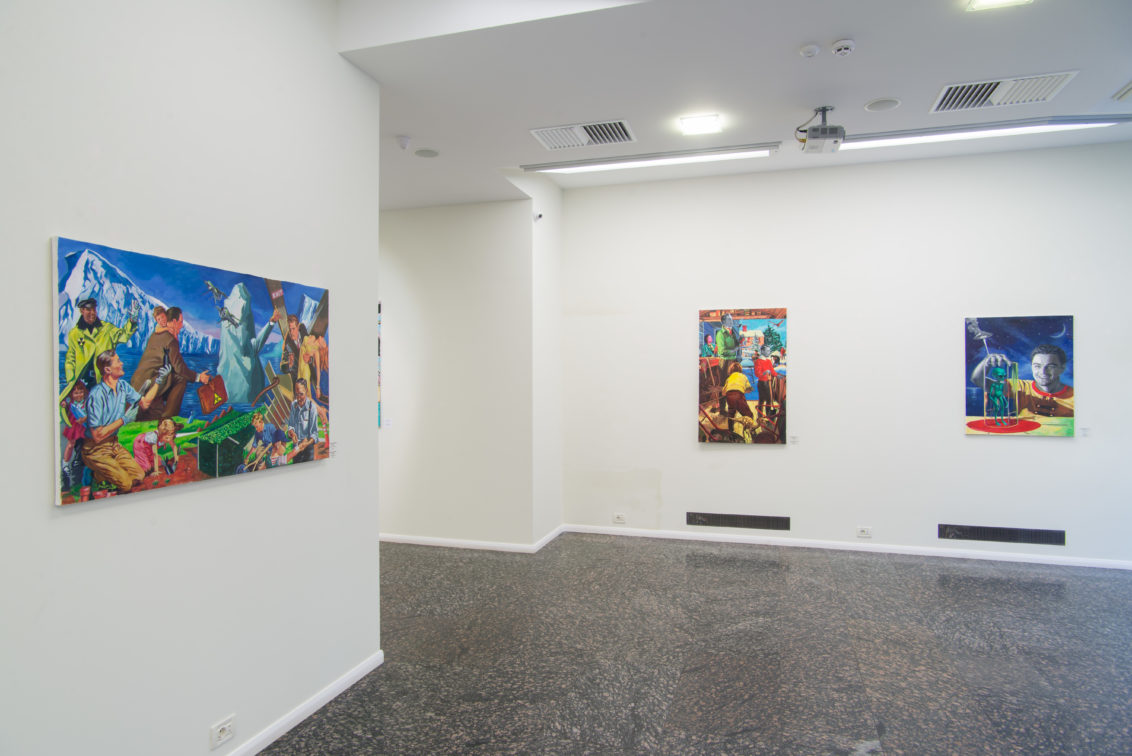 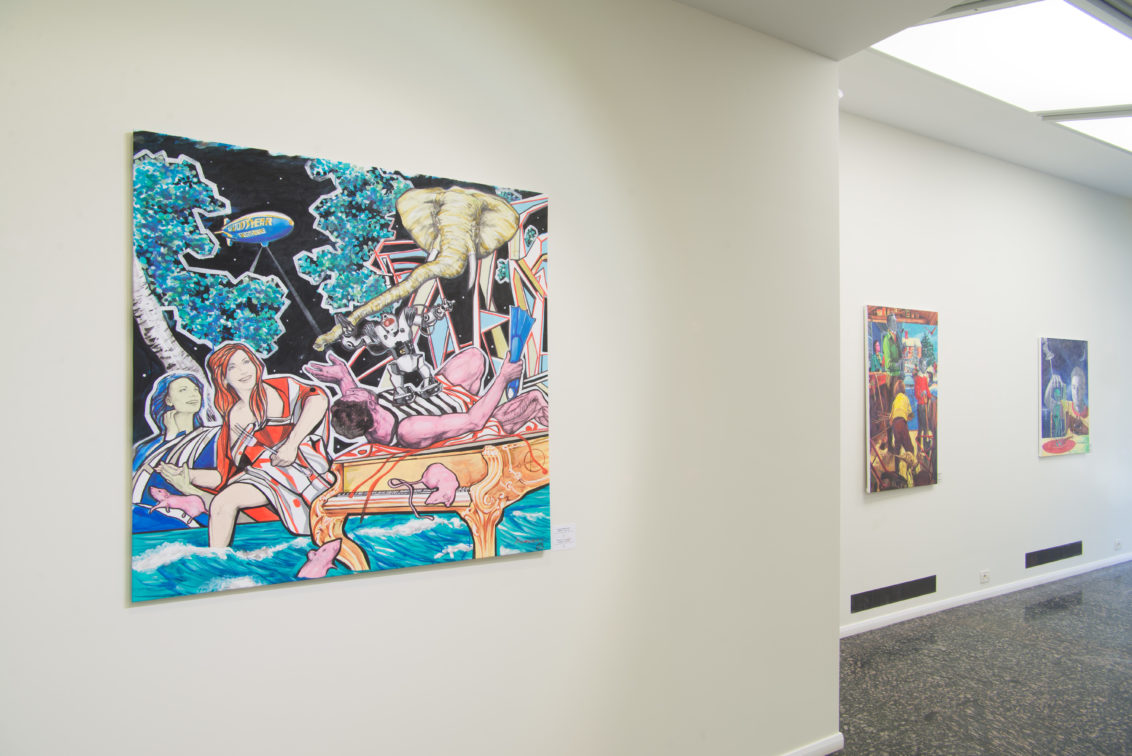 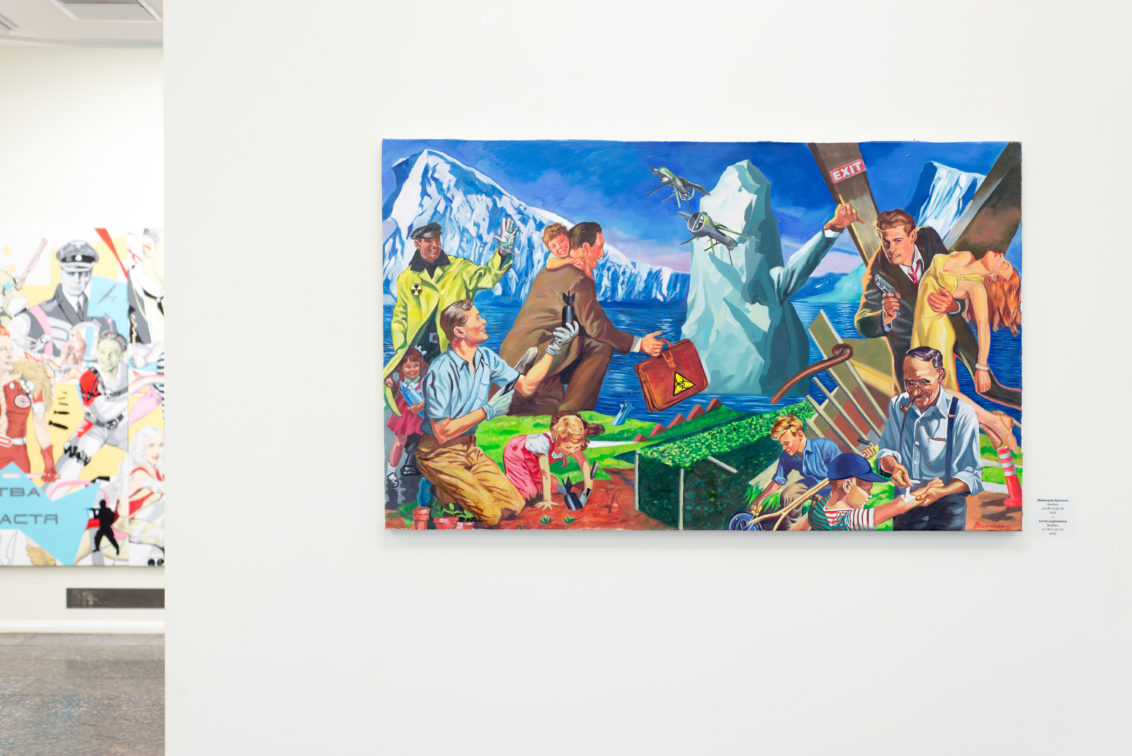 «We are a group of artists that live at the cusp
between previous war and forthcoming apocalypse,
and we state that the time of surreal neo-pop has come.
But what is it? Science? No. Religion? No.
Art? Yes, indeed.
This is the future lifestyle of human. It is a fierce,
ruthless and all-absorbing fusion of all achievements of previous generations.
We work at the intersection of art, science and religion».
Bondero / Berezhko

Dymchuk Gallery opens an autumn exhibition season with the project “Battle for Schastia” (Battle for the Happiness) by Odessa artists Bondero / Berezhko. The project was presented in the NT-Art Gallery (Odessa) as a part of the main program of IV Odessa Biennale of contemporary Art.
The artists easily use a whole arsenal of subjects that art history and popular culture can offer; they also add computer technologies and New Age and, as a result, get highly characteristic paintings which they call a surreal neo-pop. By mixing different art trends, Bondero and Iryna Berezhko try to imagine how the future will look like and to offer new models of cultural development. On a large mural viewers can find a lot of familiar faces – Hollywood and Soviet movie stars, celebrities, but all of them appear in strange configurations and situations that are thought-provoking, funny and frightening at the same time.

Facts about artists:
Vadim «Bondero» Bondarenko is a Ukrainian artist. Born in 1967 in Baku. In 1986 graduated in Baku art school on a specialty `Painting`.
He studied at the Moscow Art School named after Stroganoff. In 2010 he wrote the novel “Hypostasis” about artists in Odessa, Kyiv and Moscow.
Irina Berezhko graduated in Willem de Kooning Academie in Rotterdam, Netherlands. Works and lives in Netherlands and Ukraine. Takes part in international festivals and group exhibitions, also acts as curator.