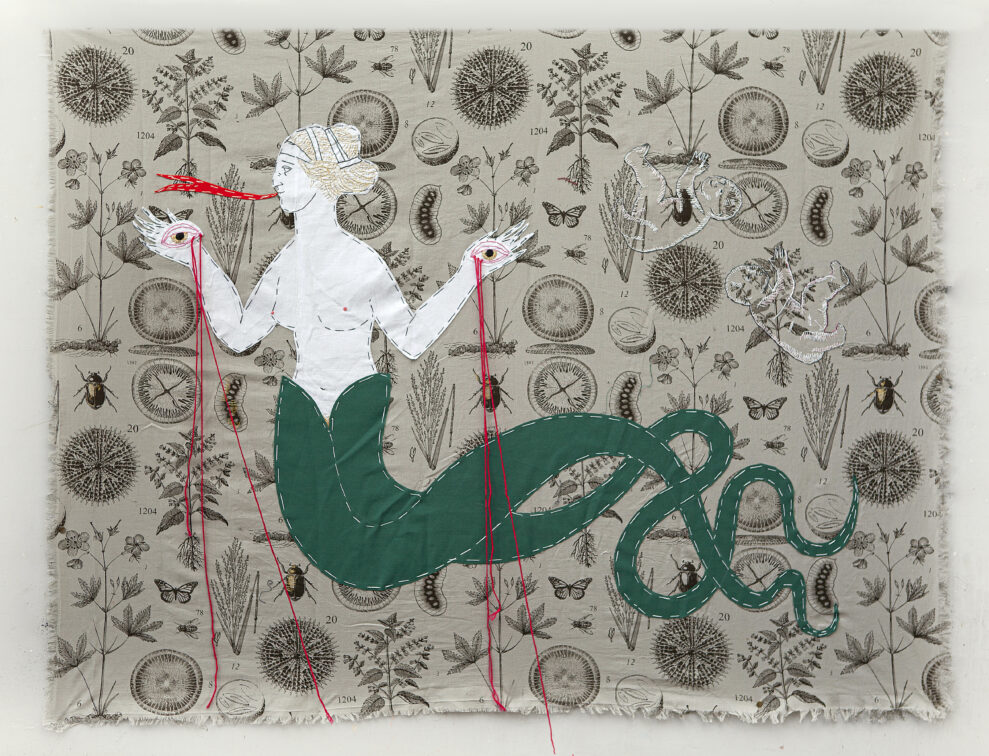 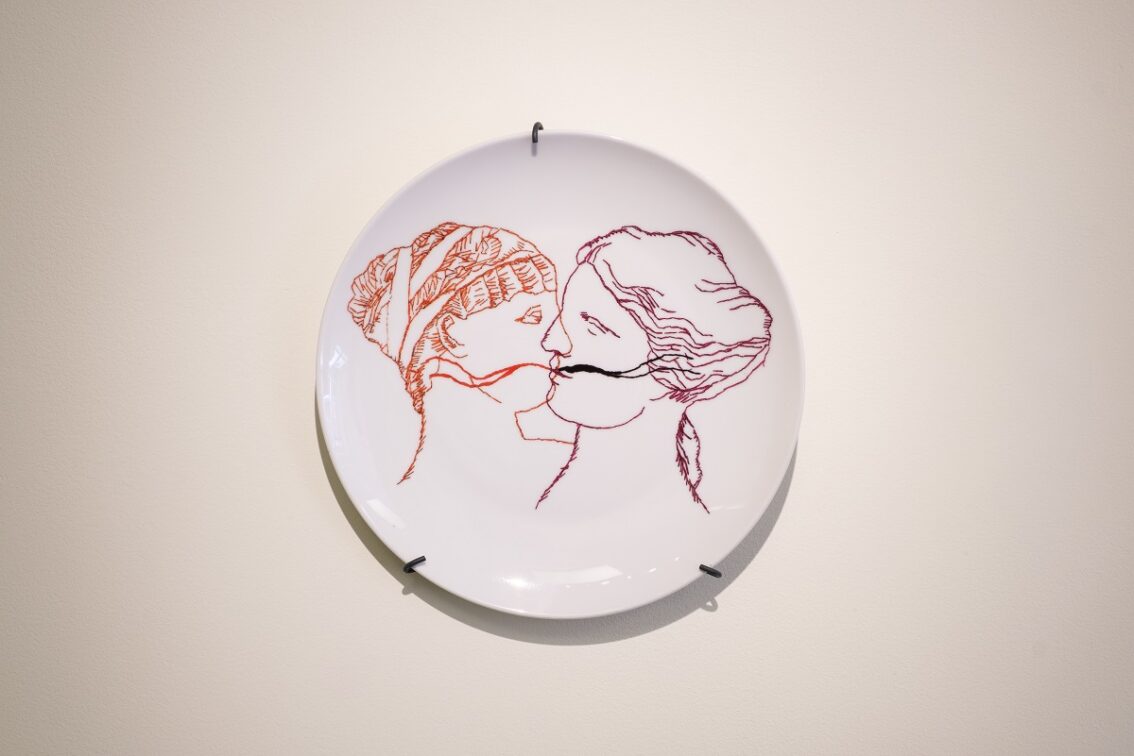 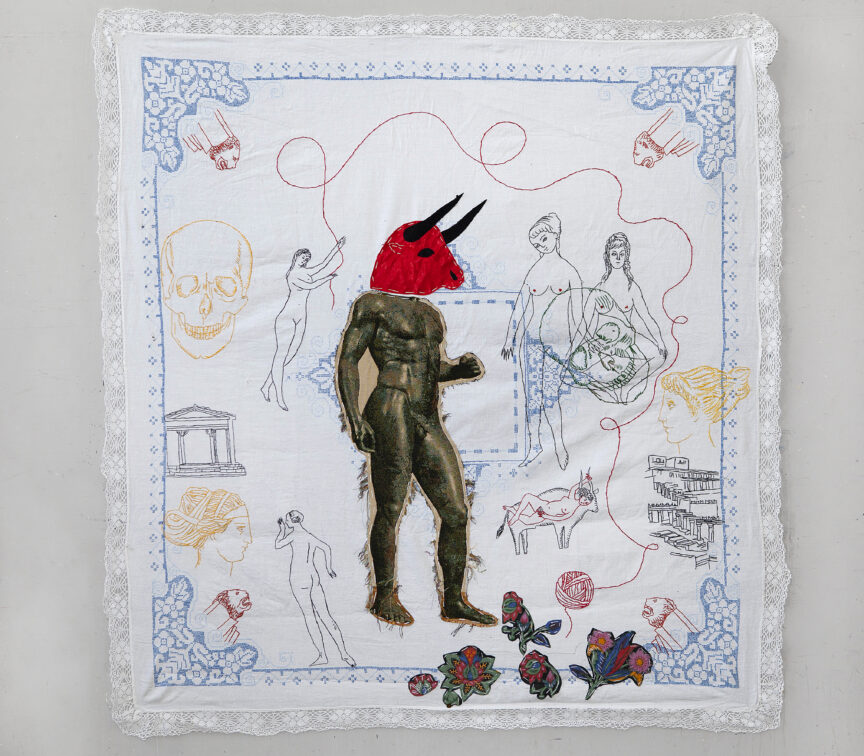 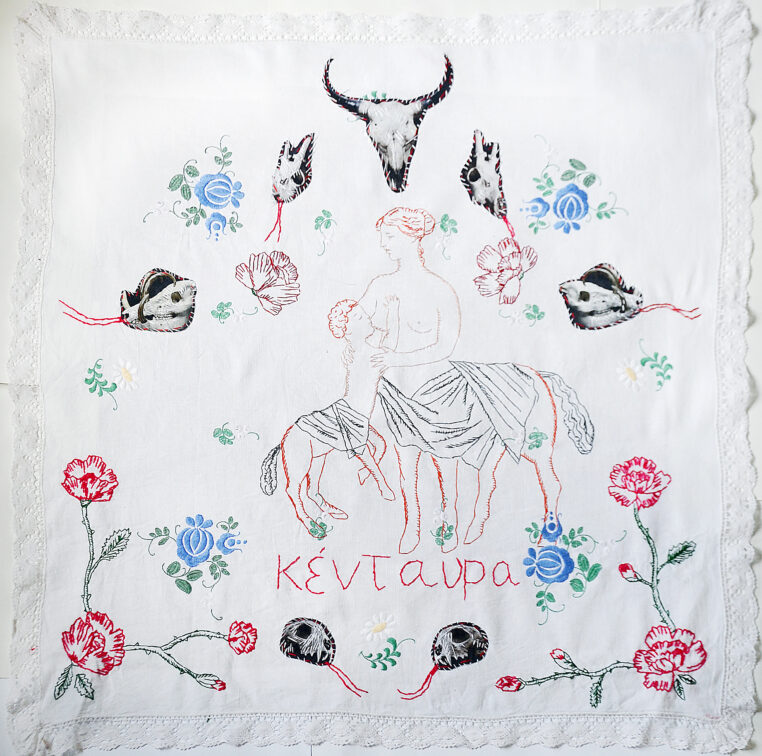 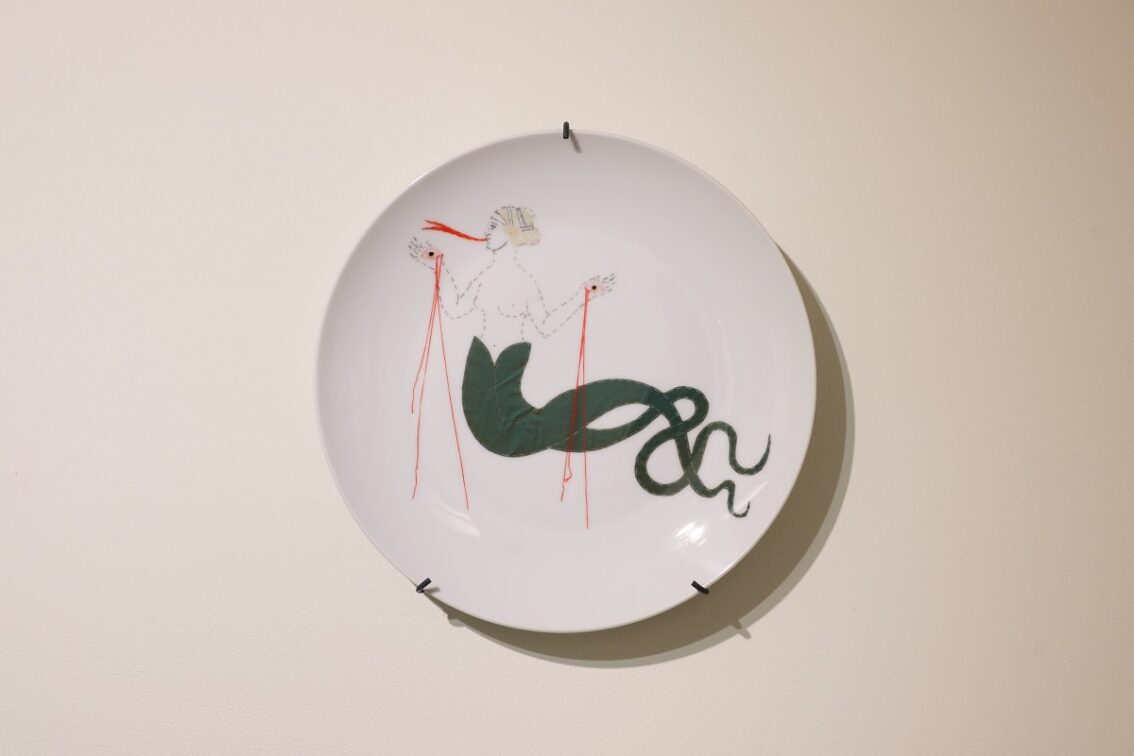 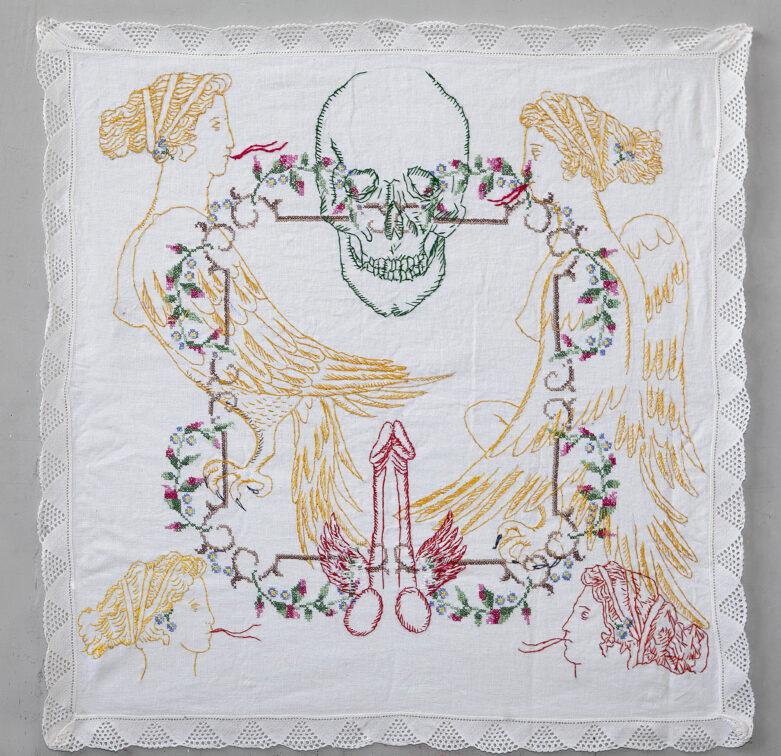 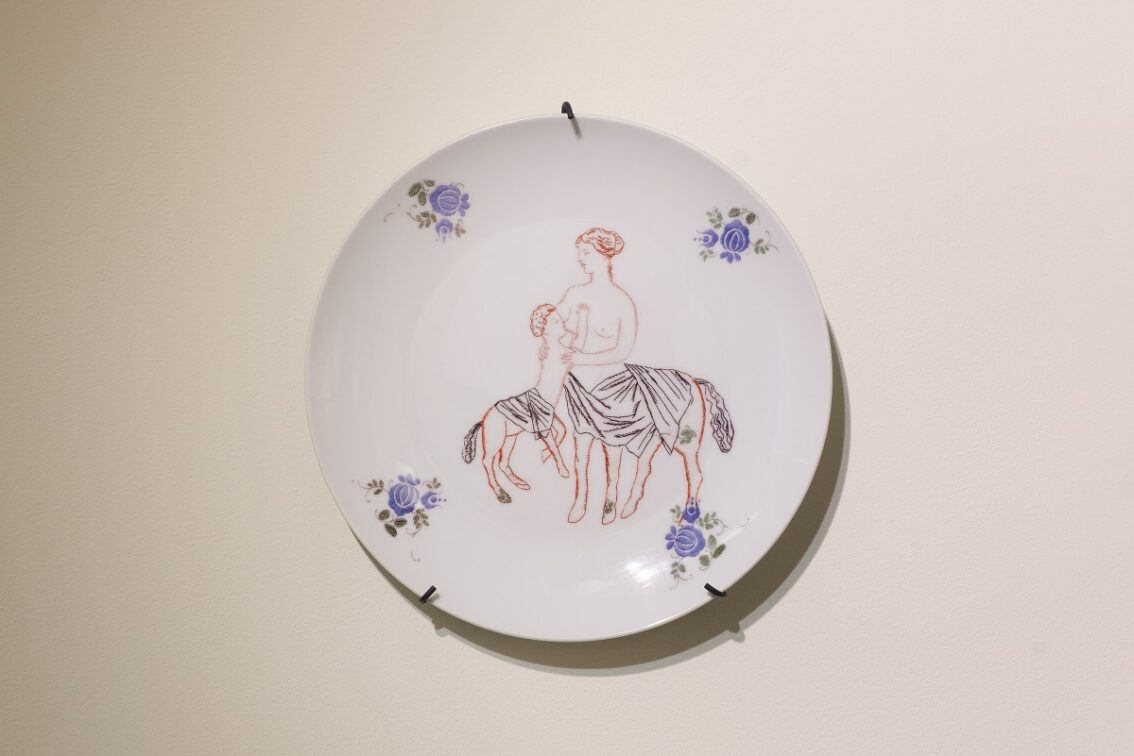 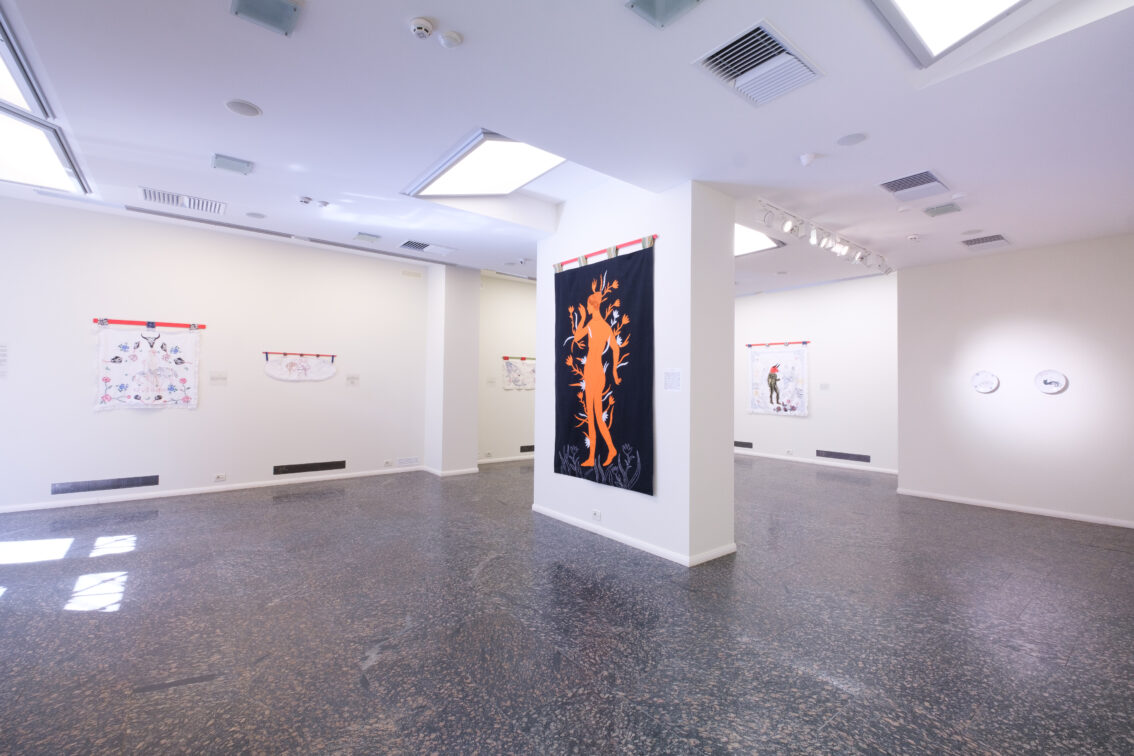 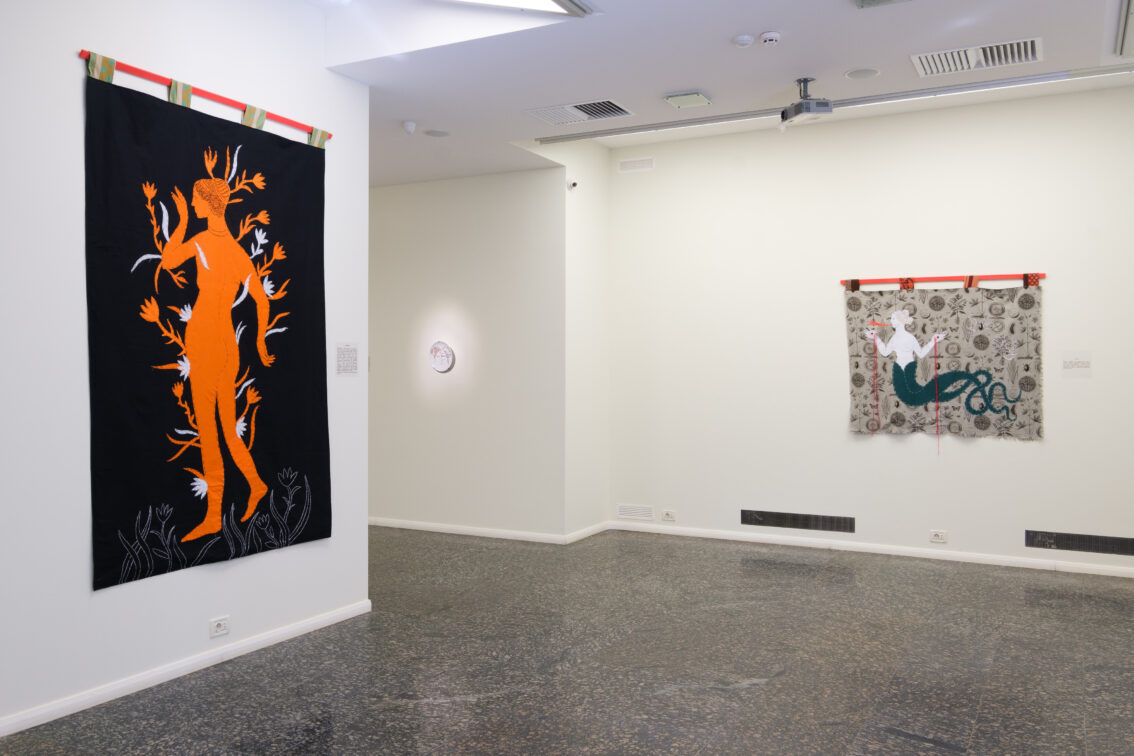 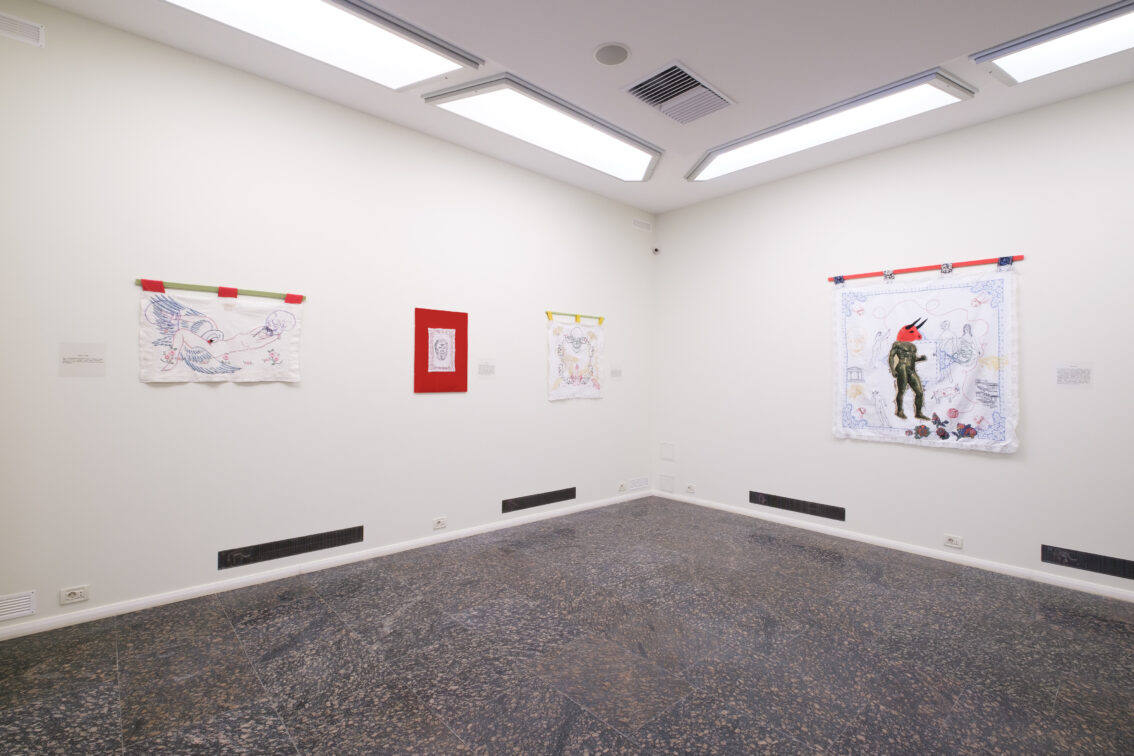 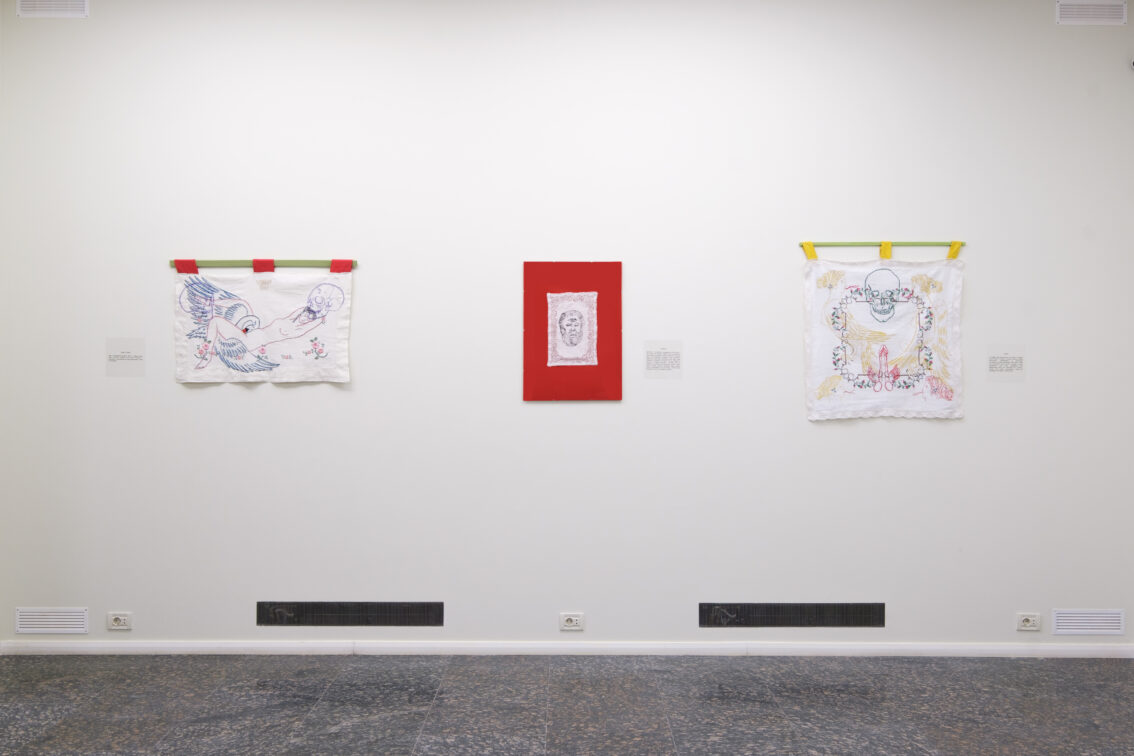 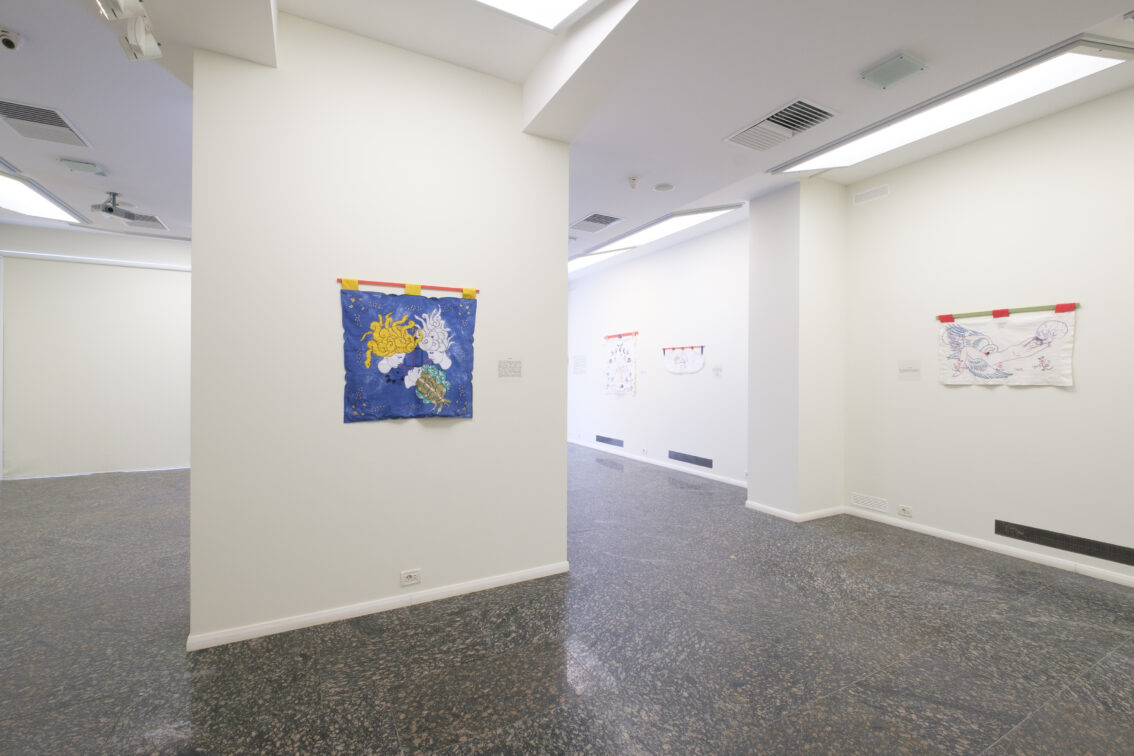 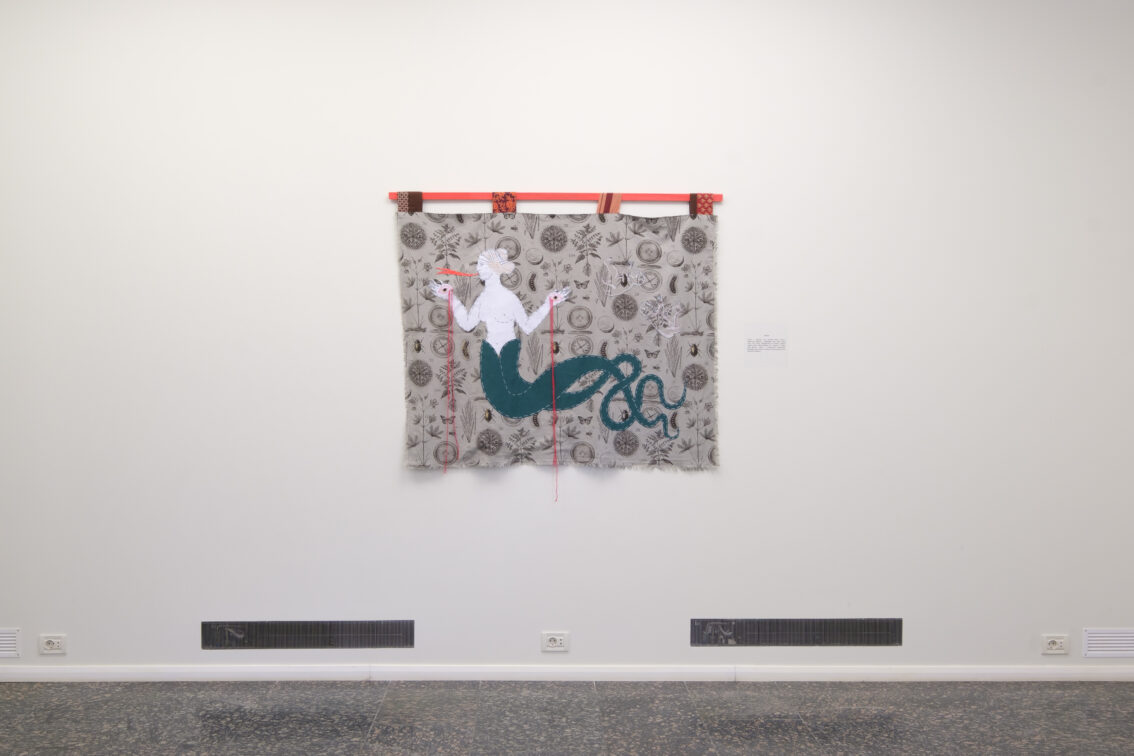 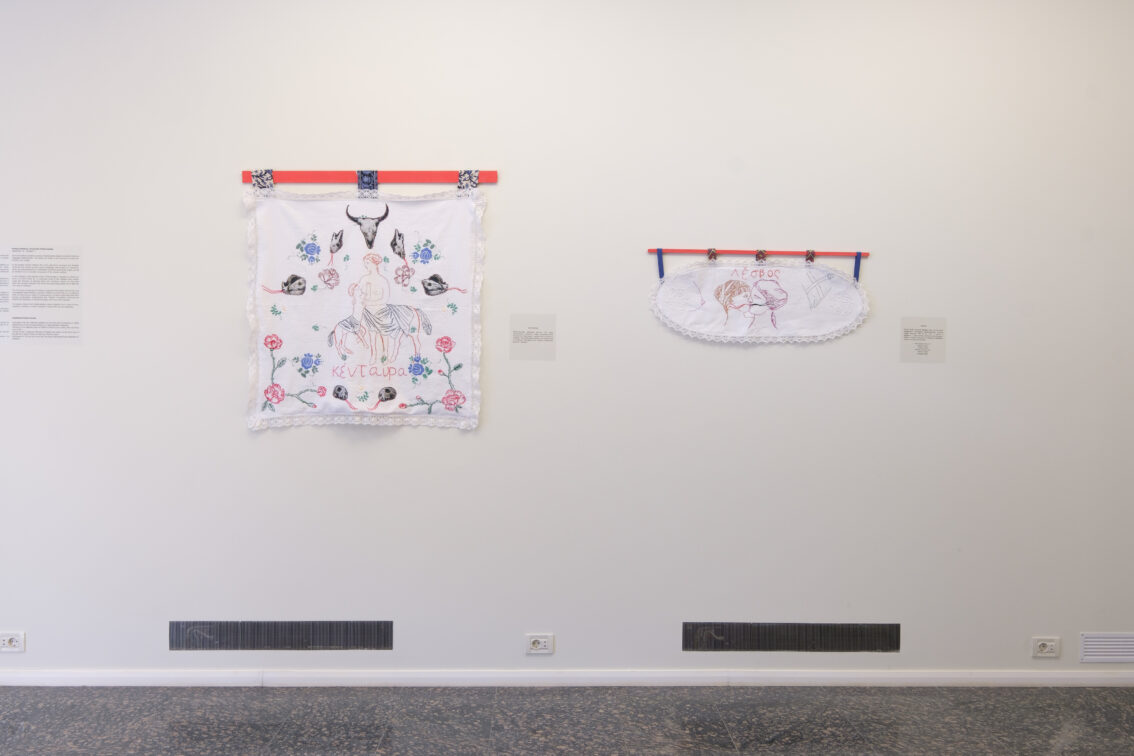 Dymchuk Gallery presents a series of textile pieces based on ancient myths by Anastasia Podervyanska. The works are made in the technique of hand embroidery and collage.

In the project Ancient Bestiary the artist referred to monsters and fantastic creatures that inhabit ancient Greek mythology. She focuses on characters, which are characterized by a combination of human and animal origins, as well as eroticism as an invariable component of the ancient outlook.

In her complex, multi-layered works, Podervianska is inspired by various aspects of ancient Greek art. In particular, some of her collages were created under the influence of classical black- and red-figure pottery. On the other hand, the unusual materials with which the artist works allow her to offer her own view of antiquity.

The technique of execution of works is crucial for this project and for the work of Anastasiia Podervianska in general. Textiles and embroidery as a traditional craft are becoming an object of contemporary art due to bold plots and unexpected combinations. Undermining this “female” occupation reinforces the motif of the liberation of female sexuality, which the artist explores.

The bizarre heroes from Podervianska’s pieces together form a kind of encyclopedia, a bestiary, in which antiquity is closer than ever to modernity.

In 2002 graduated from the National Academy of Fine Arts and Architecture, Department of Monumental Painting, M. Storozhenko’s workshop.

Member of the National Union of Artists of Ukraine since 2002, Fiber Art Fever since 2020.

Winner of the V National Triennial of Textiles and winner of the third prize of the 8th WTA World Textile Art Biennial, Madrid, Spain.

Participated in 20 solo and more than 40 group international and Ukrainian exhibitions.