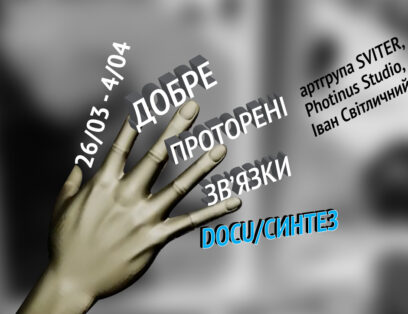 In March 2021 Dymchuk Gallery becomes one of the locations of 18 International Human Rights Documentary Film Festival Docudays. It presents a multimedia project Well-Trodden Connections, in which a group of Ukrainian media artists create a dialogue with the visionary developments made by scientists of the 1960s–1980s, and the popular science films from the Kyivnaukfilm film studio in the same period.