Works from the collection of Anatoliy Dymchuk at the “Art of the Ukrainian Sixties. Possibility of a museum” show 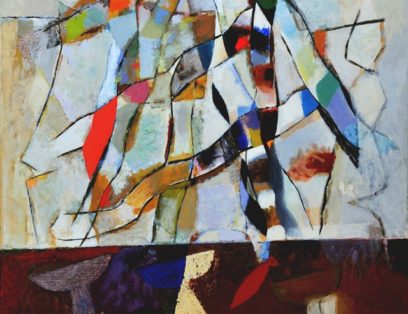 The “Art of the Ukrainian Sixties. Possibility of the Museum” show runs at the National Art Museum of Ukraine.
For the very first time in many years the artworks of the Sixties are exhibited together in the National Art Museum of Ukraine. These works are presented as an integral artistic phenomenon, despite the fact that these artists worked in quite distinct, barely interconnected contexts, and their works weren’t exposed in the same exhibitions during artists’ lives.
The exhibition “Art of the Ukrainian Sixties. Possibility of the museum” consists of the works of 23 authors from Kyiv, Kharkiv, Odesa, Lviv and Uzhhorod. In particular, one can find at the exhibition works from the collection of Anatoliy Dymchuk featuring Volodymyr Strelnikov, Oleg Voloshinov, Stanislav Sychov, Oleksander Anufriev.
Approximately 100 paintings and graphic works from museums and private collections, as well as a selection of archival materials will be featured in the exhibition “The Art of Ukrainian Sixties”. Several educational events are planned within the frame of public program of the exhibition. Lectures, film screenings and concerts will bring the visitors nearer to the culture of that era and will help to see it wider and bigger.