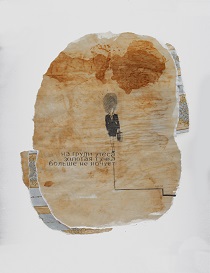 Dymchuk Gallery presents a collection of poetry “Likehokku” by Igor Gusev with author’s illustrations at an annual book fair “Arsenal Book Festival” that will take place from 22 to 26 April in Mystetskyi Arsenal. Simultaneously, an eponymous show with more than 35 graphic works and a dozen of installations will be opened for public. Subsequently the book will be available in Dymchuk Gallery at Yaroslavska str., 21.
The book presentation will be held on the  at the “Hokku” hall.

During the last two years Igor Gusev, known primarily as an artist, practically daily published short poems on his Facebook page. Most often, these poems, which Gusev named “likehokku”, summarized the events unfolding in Ukraine very precisely and concisely. With three or four lines as if it was a telegram Gusev informed his readers about the latest news. Sometimes his branded irony showed through these lines and sometimes pain and fright of the February events at Maidan, Grushevskogo, in Crimea. The laconic form and the depth of the Gusev lines content indeed provided the artist with a lot of likes and reposts in social networks where he continues to publish his poems though not as often as before. However, speaking as a poet, Gusev was unable to completely give up his usual visual language and created several series of graphic works – “Sociopank” and “Wall islands” that supplemented likehokku as a result. Works from the series “Common human flesh” (1998) and “12 minutes stolen from humanity” (2012) were added to the new series. Thus, the collection of poetry “Likehokku” with the author’s illustrations emerged. 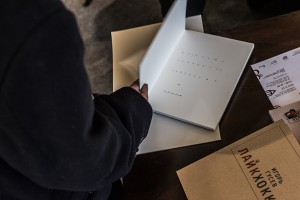 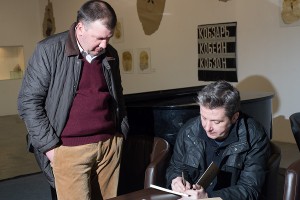 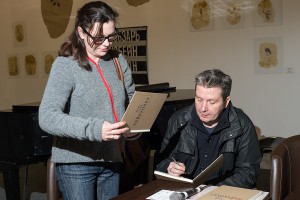 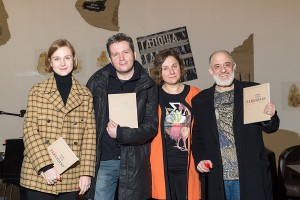 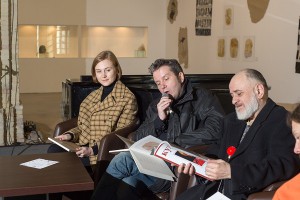 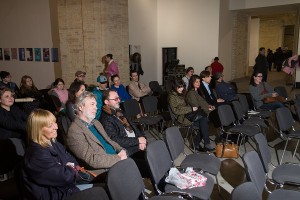