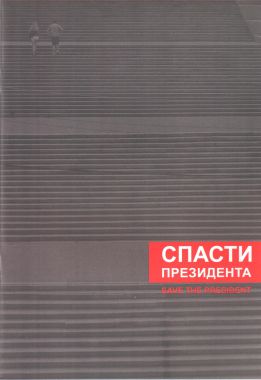 “February 27, 2012 can with certainty be called the date of the death of Mishka Yaponchik, Son’ka Zolota Ruchka and the entire pantheon of the last romantics of the criminal world. This day marks the occurence of an unexpected, fatal rebranding of the entire Odessa world order, with its inexhaustible love of life and creation of myths.

The place of the immortal Odessa heroes, noble swindlers and charming scoundrels, clever smugglers and aristocratic dockhands was taken over by terrorists.

Fortunately, the terrorist attack was averted by the secret services. The president was miraculously saved. All that remains is to save Odessa’s reputation.”

(I.Gusev, from the catalogue’s curatorial text)