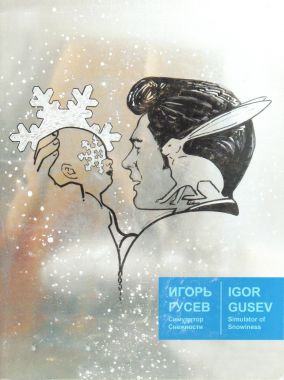 “In a matter of moments, myriads of fluffy, six-pointed flakes transform not only the depressing landscape, but also the consciousness of the person observing. Lightly replacing autumn decay with the blinding pomposity of a winter tale, they cozily settle on your eyelashes and announce that everything that earlier was bluish, black and gray-brown-crimson has suddenly become white.

This happens year after year and century after century. Just like the artist’s desire to decipher and reconstruct all manifestations of the Fullness of Being.” (I.Gusev, from the catalogue’s curatorial text).