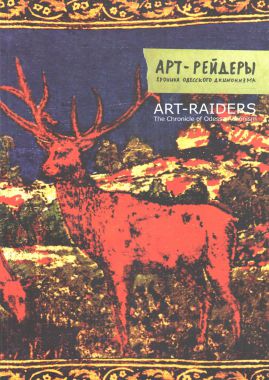 The catalogue includes documentation of the activities of the group “ART-RAIDERS” whose actions took place in Odessa at the Starokinnyi Market between 2007 and 2009.

“Museums are dead, institutions are discredited, galleries are bourgeois. The last vestige of life is the flea market” – thus sounds a phrase from the group’s manifesto. The group’s characteristic features are irony, the absurd and simultaneous reflection on expression that unite contemporary art and the color of the Southern Palmira.