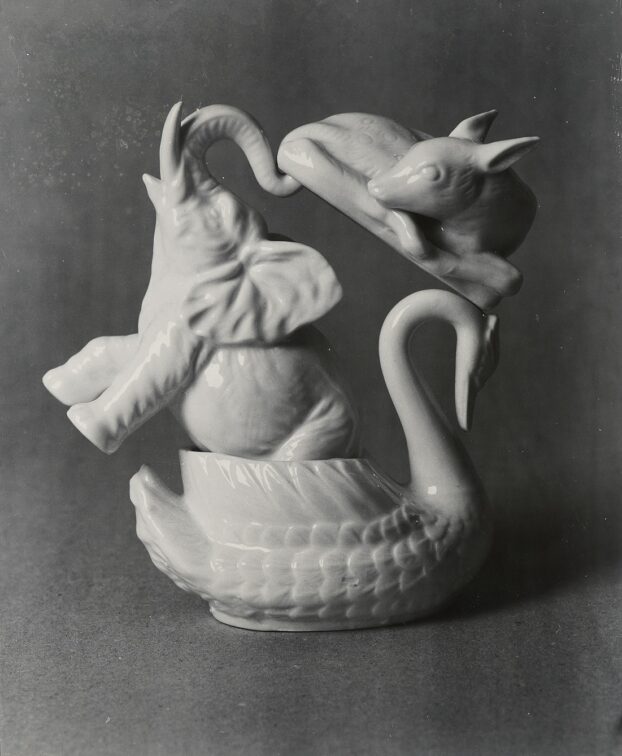 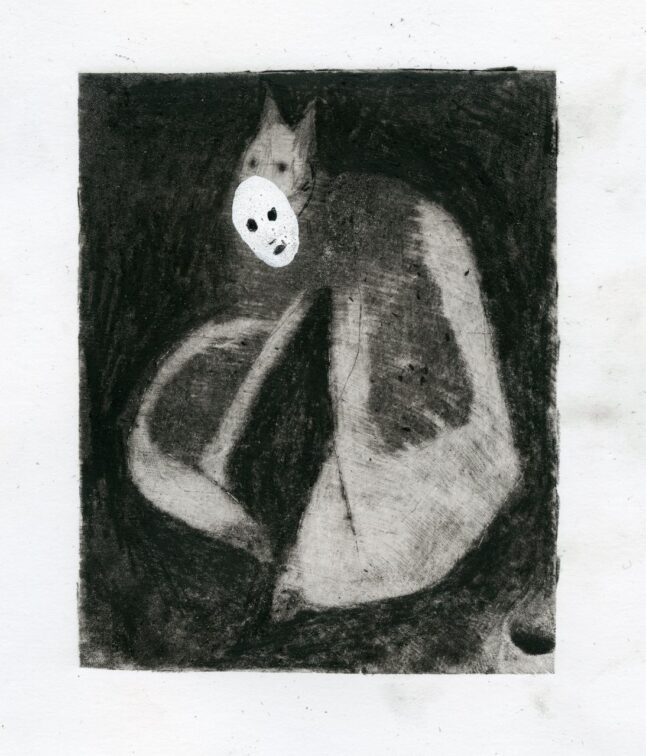 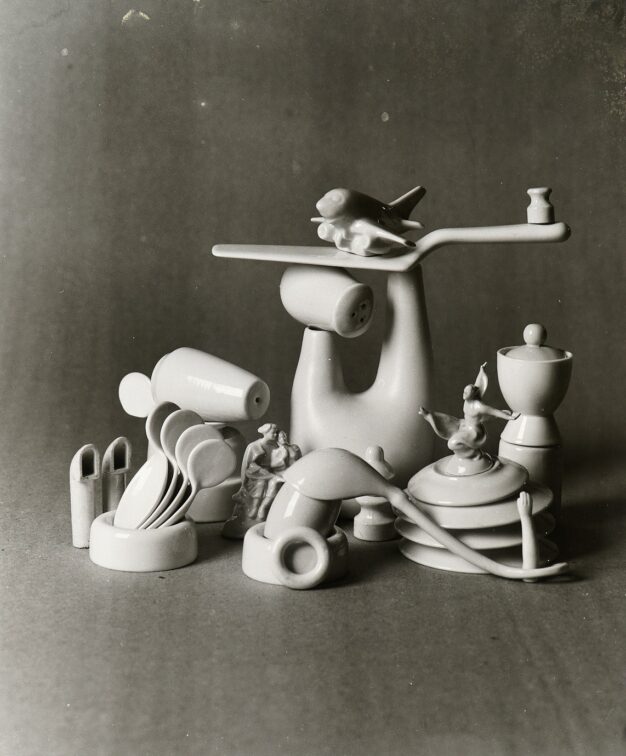 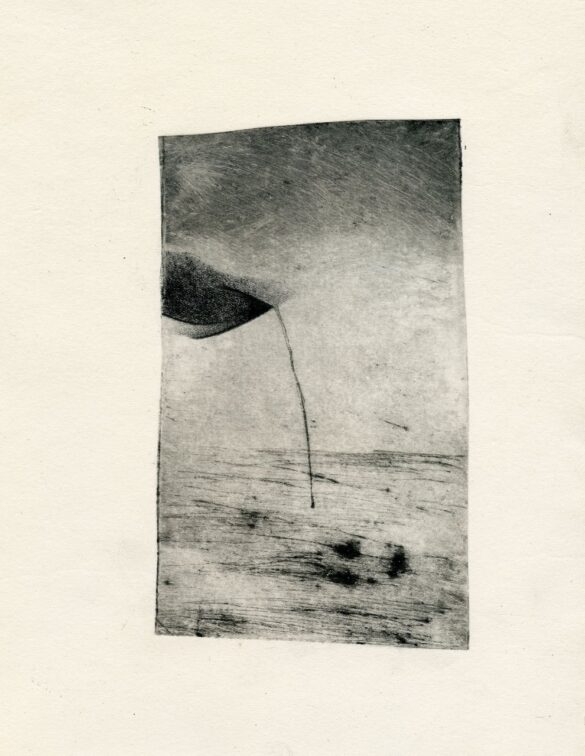 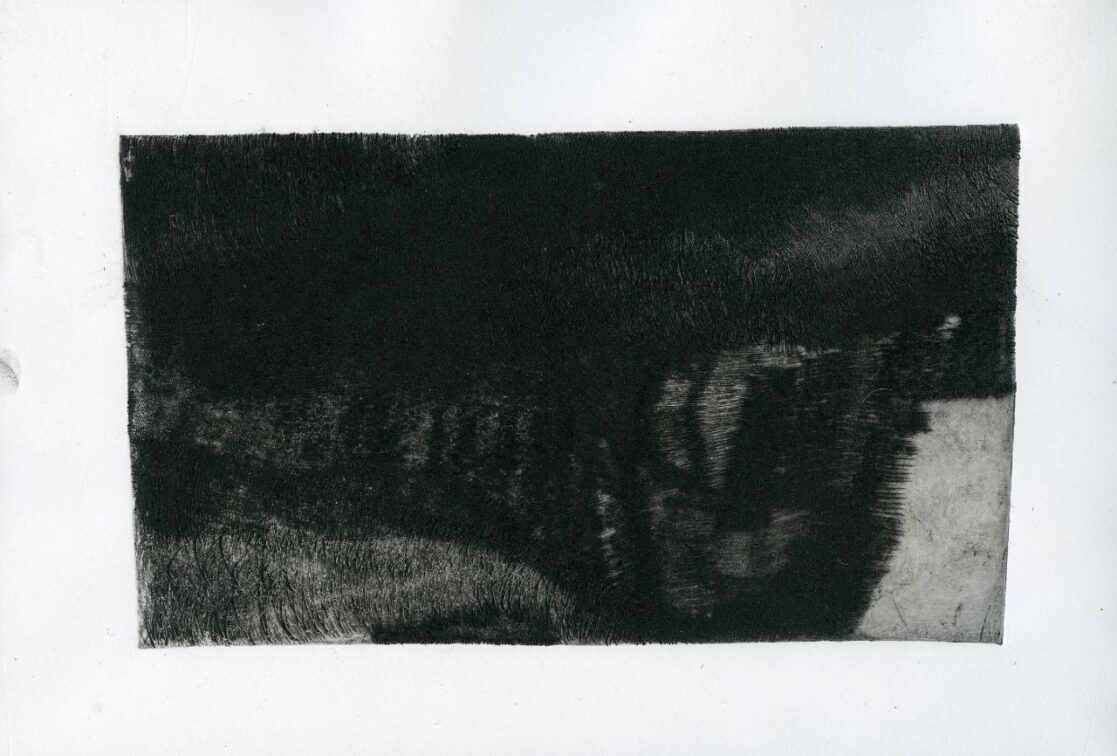 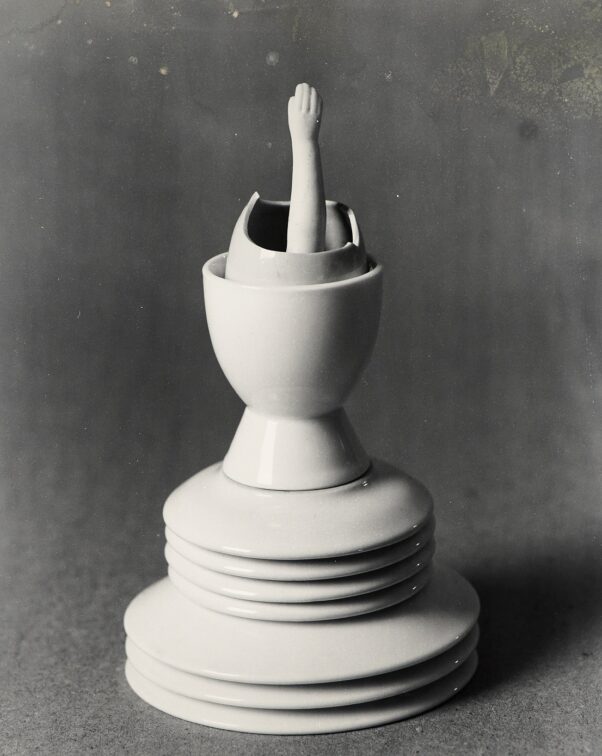 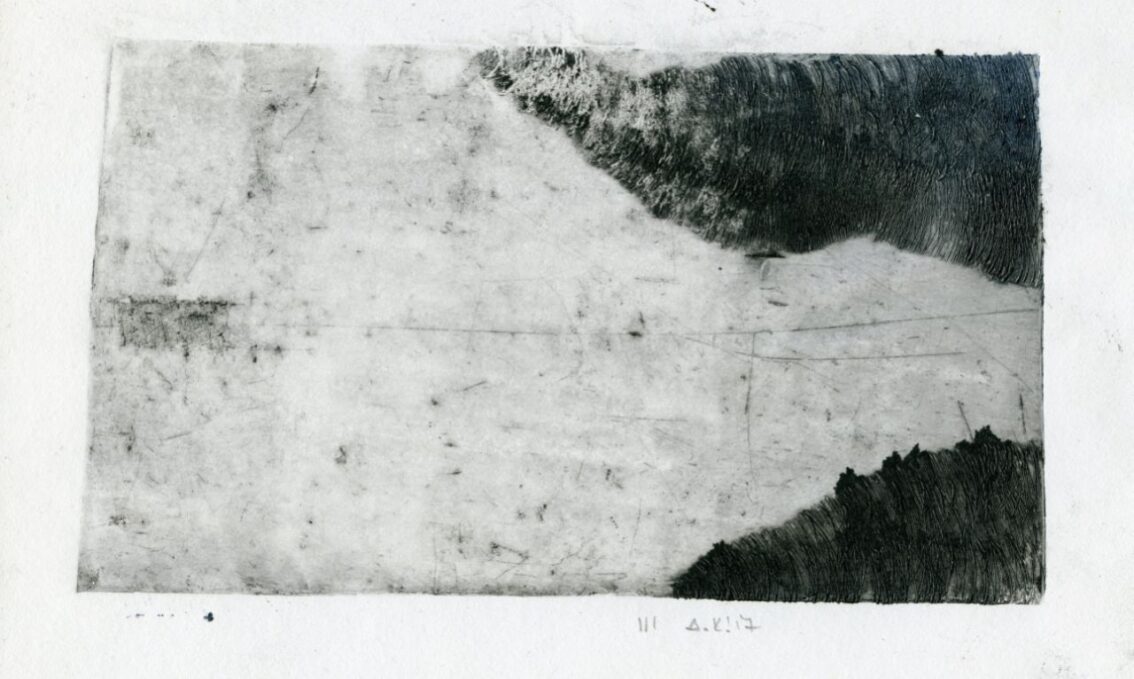 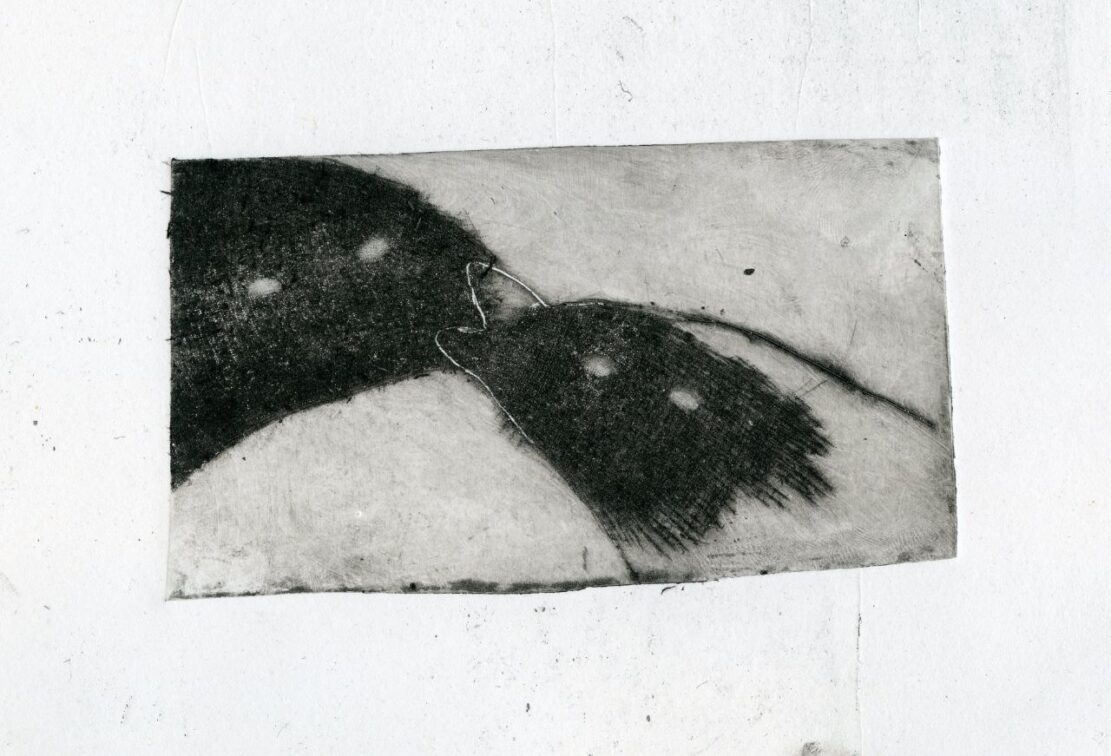 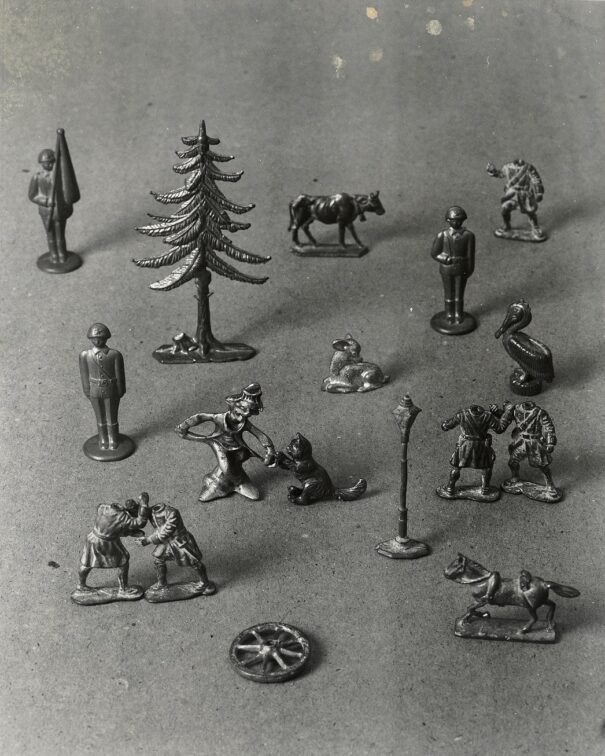 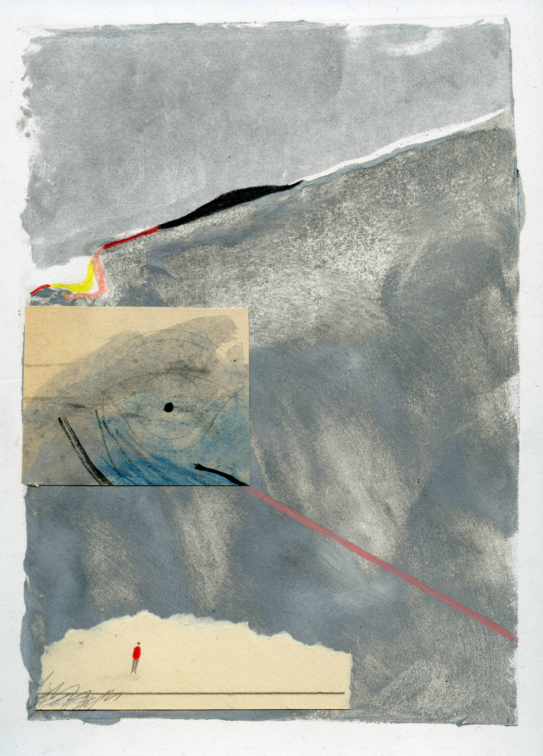 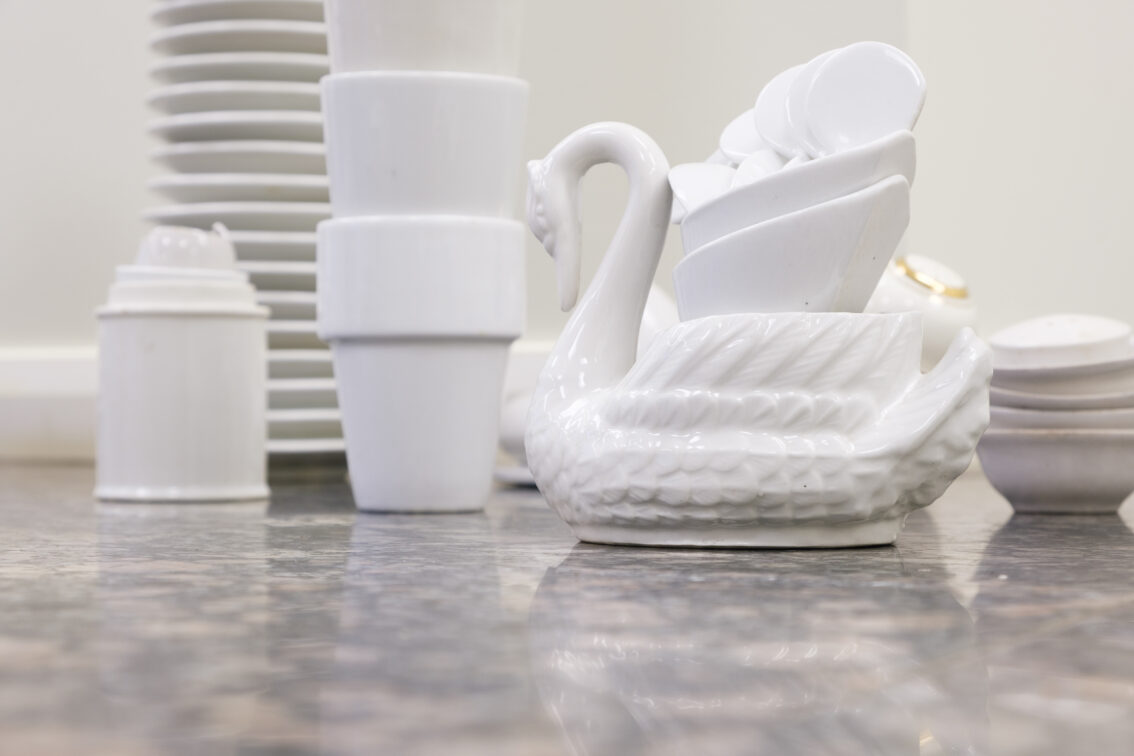 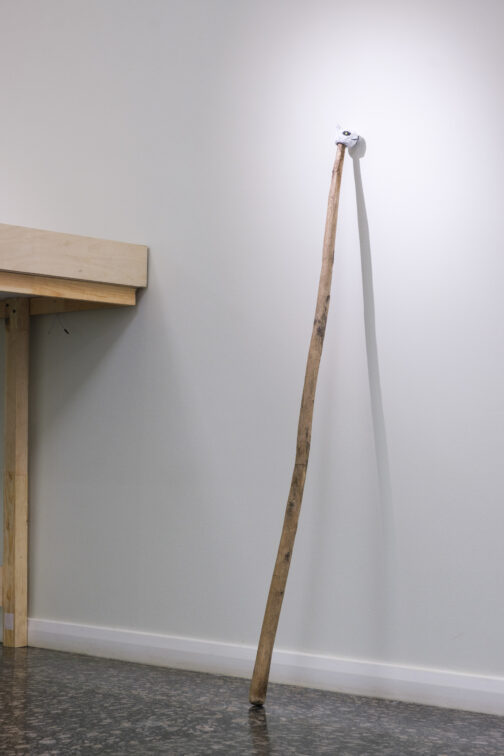 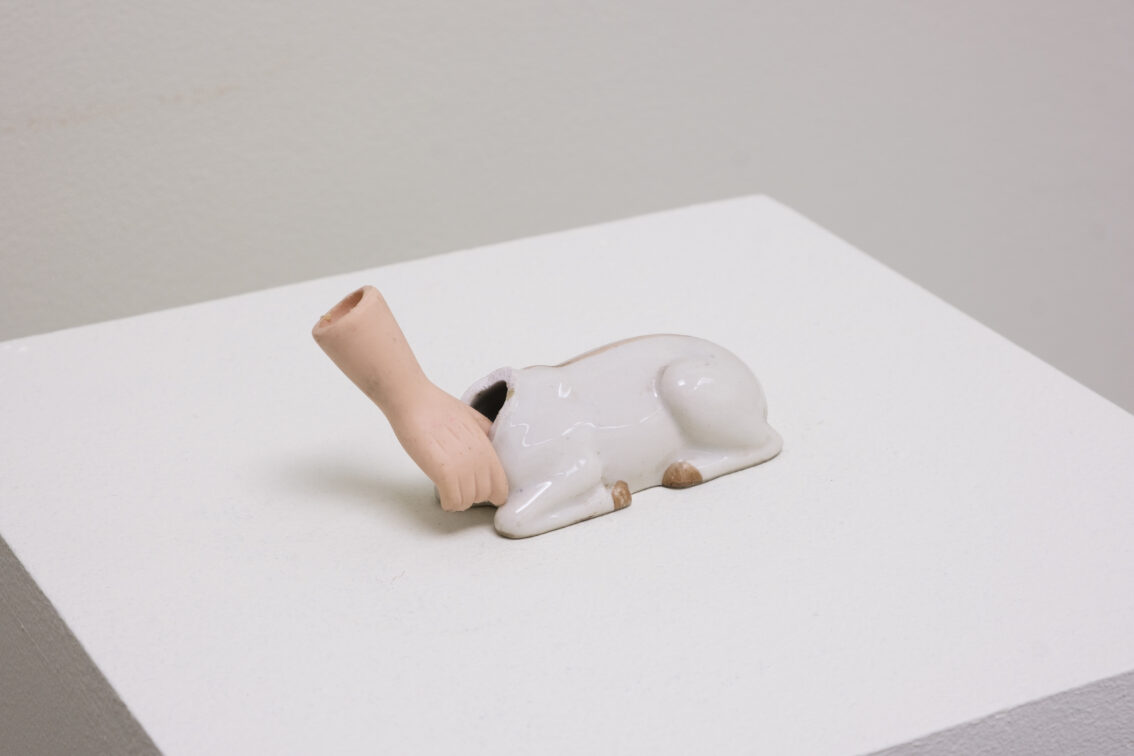 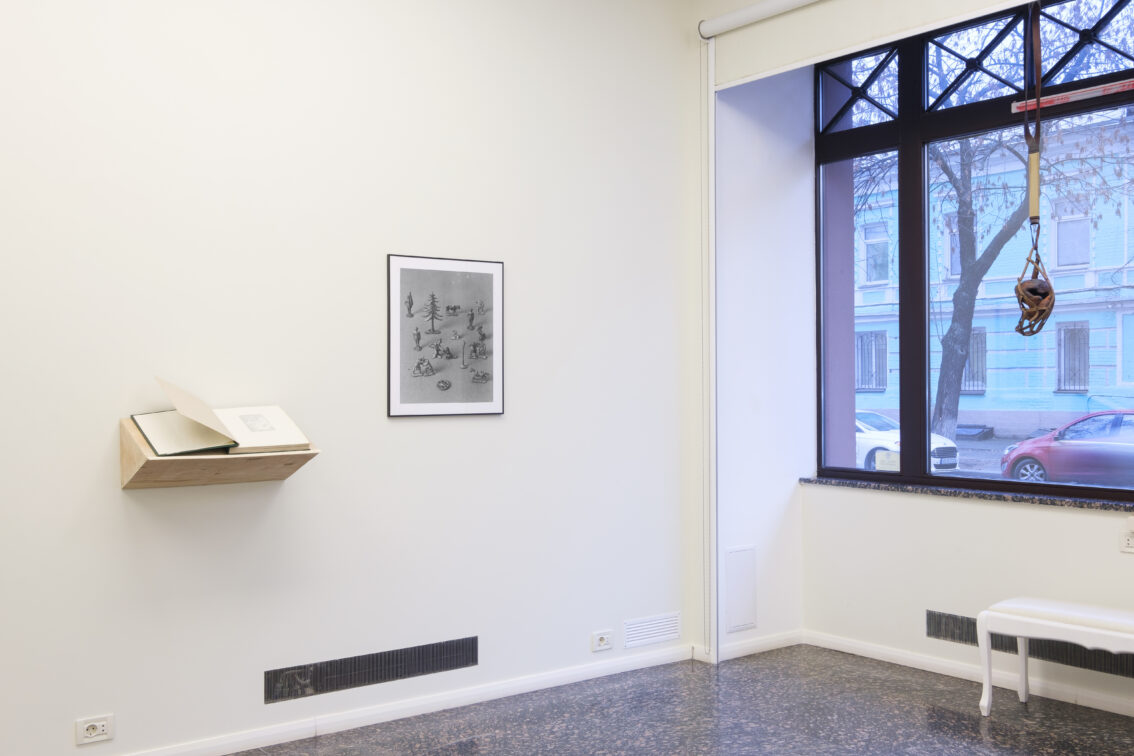 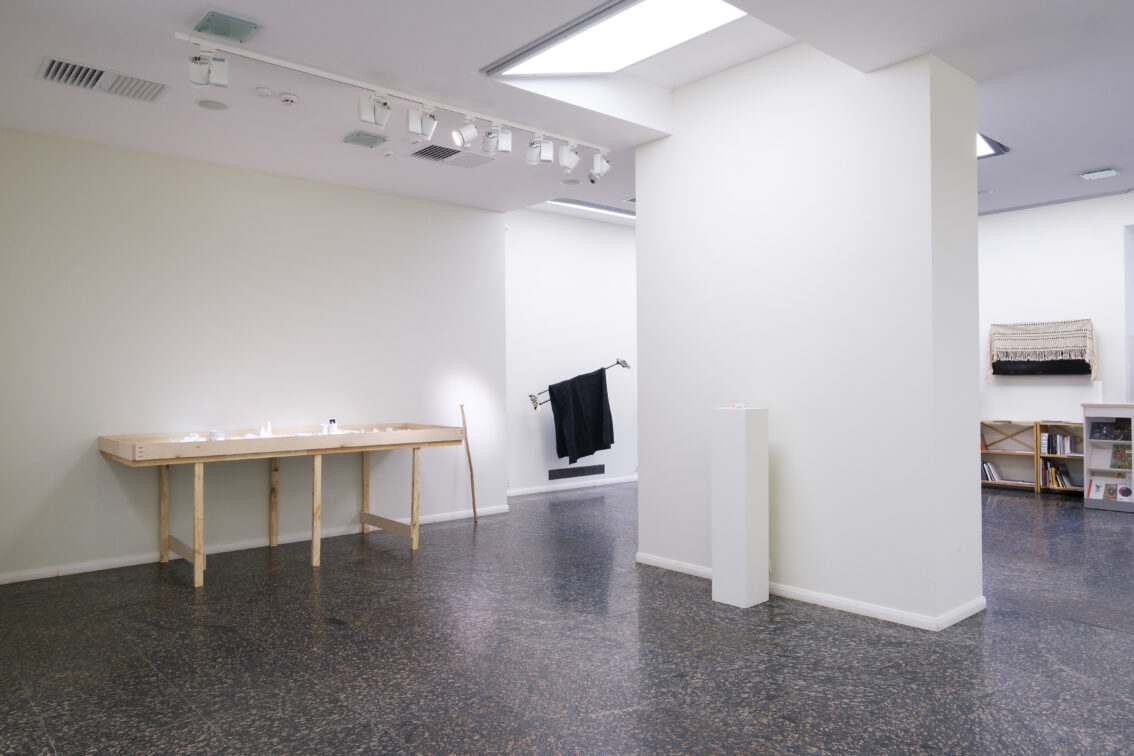 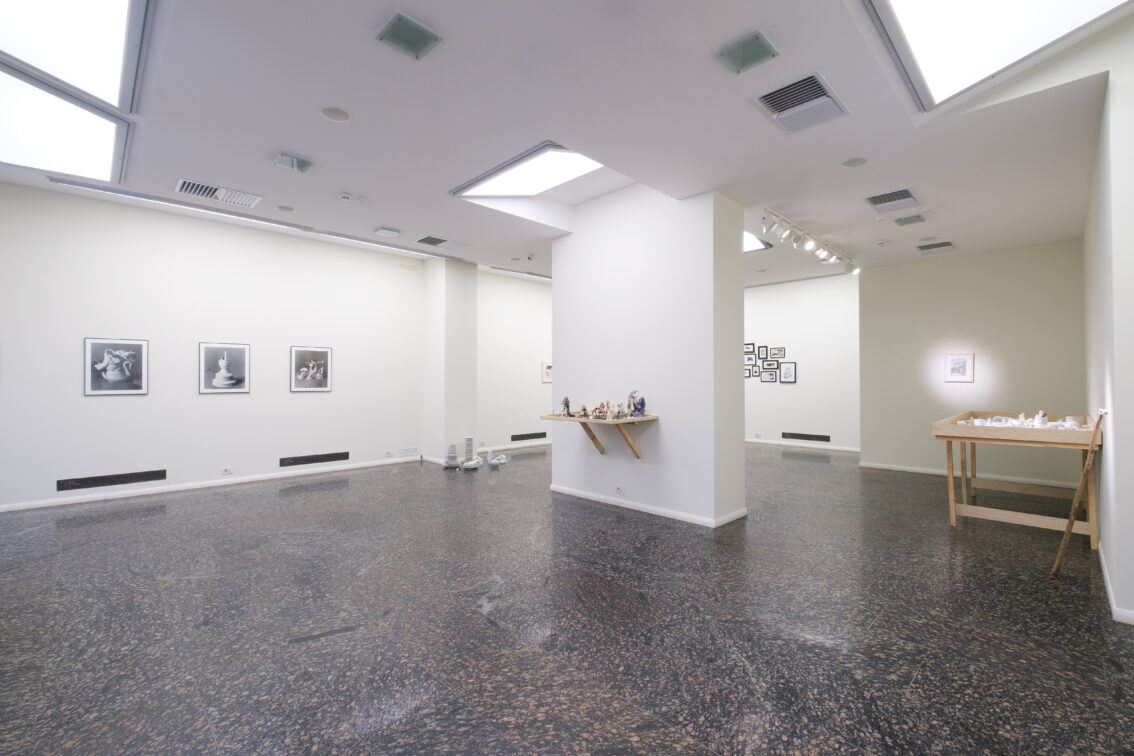 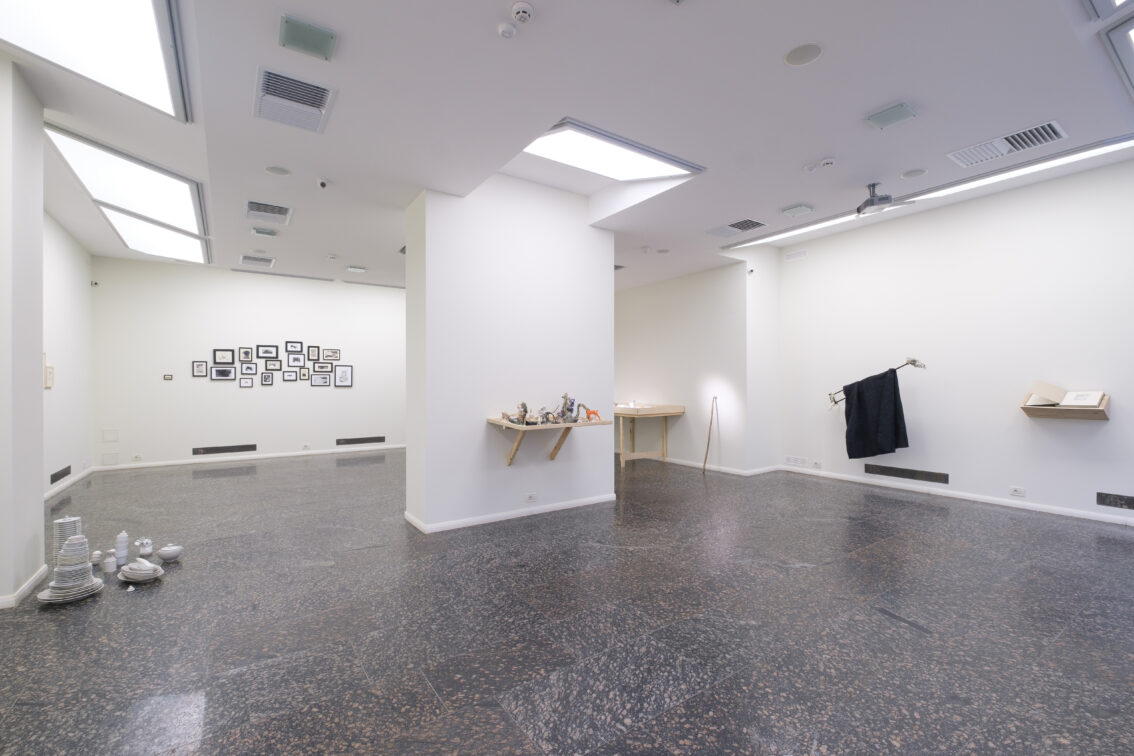 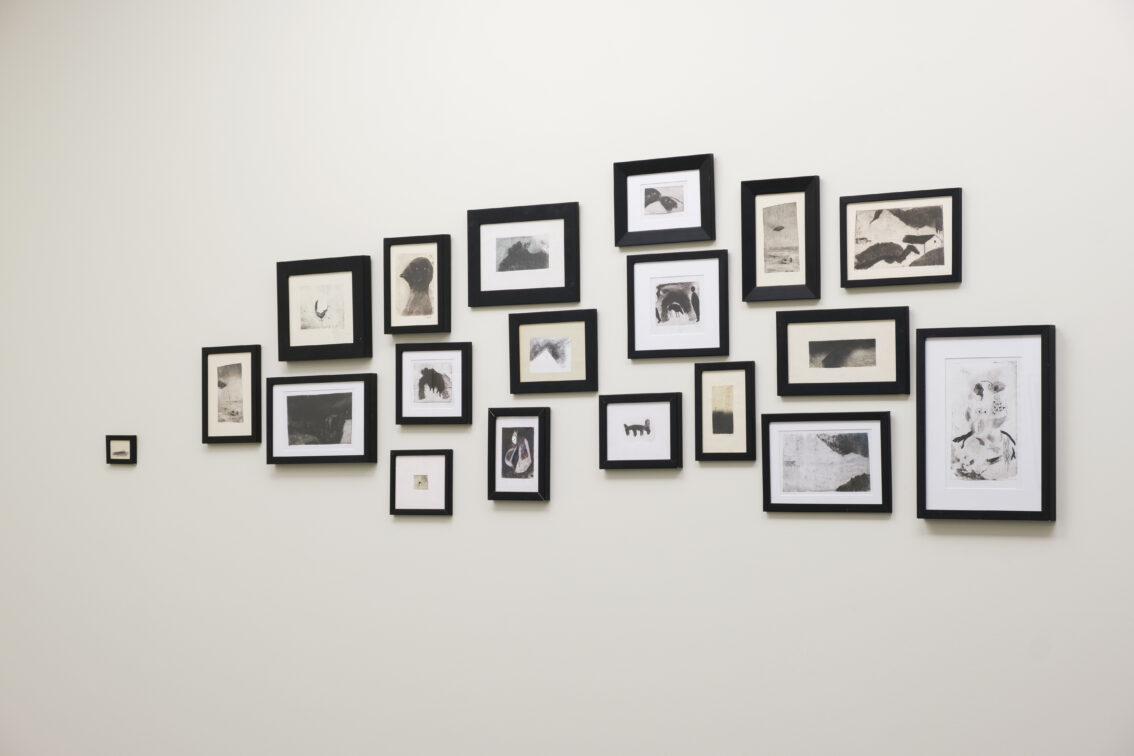 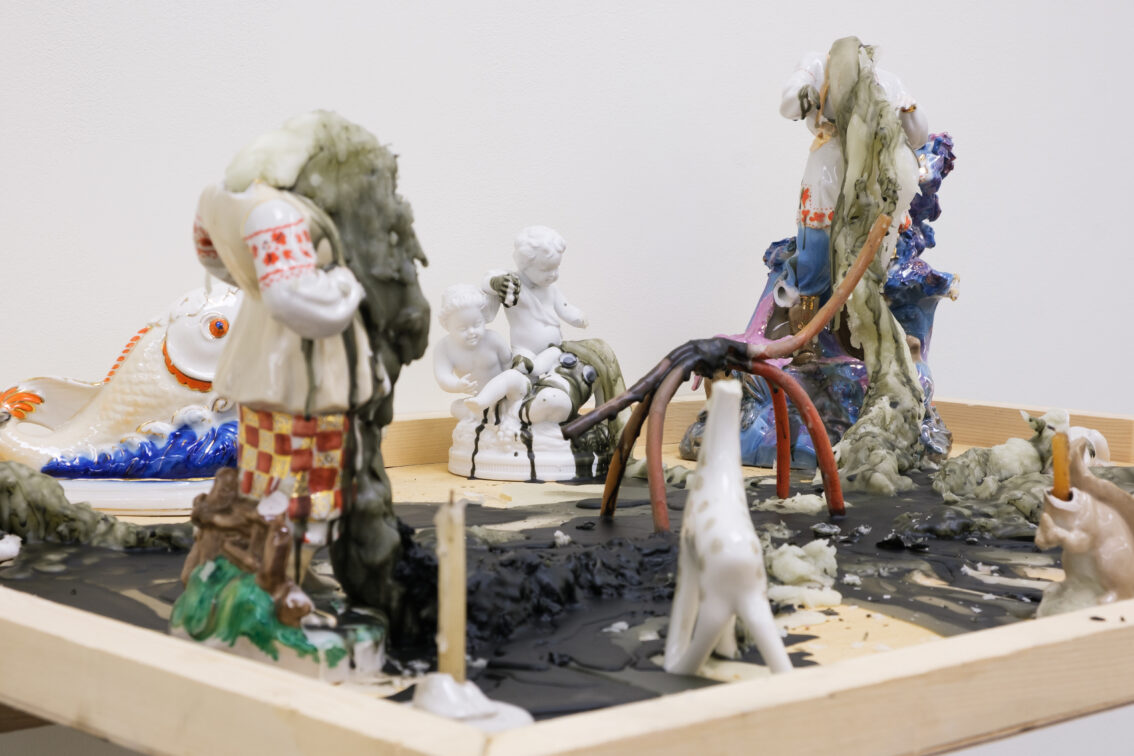 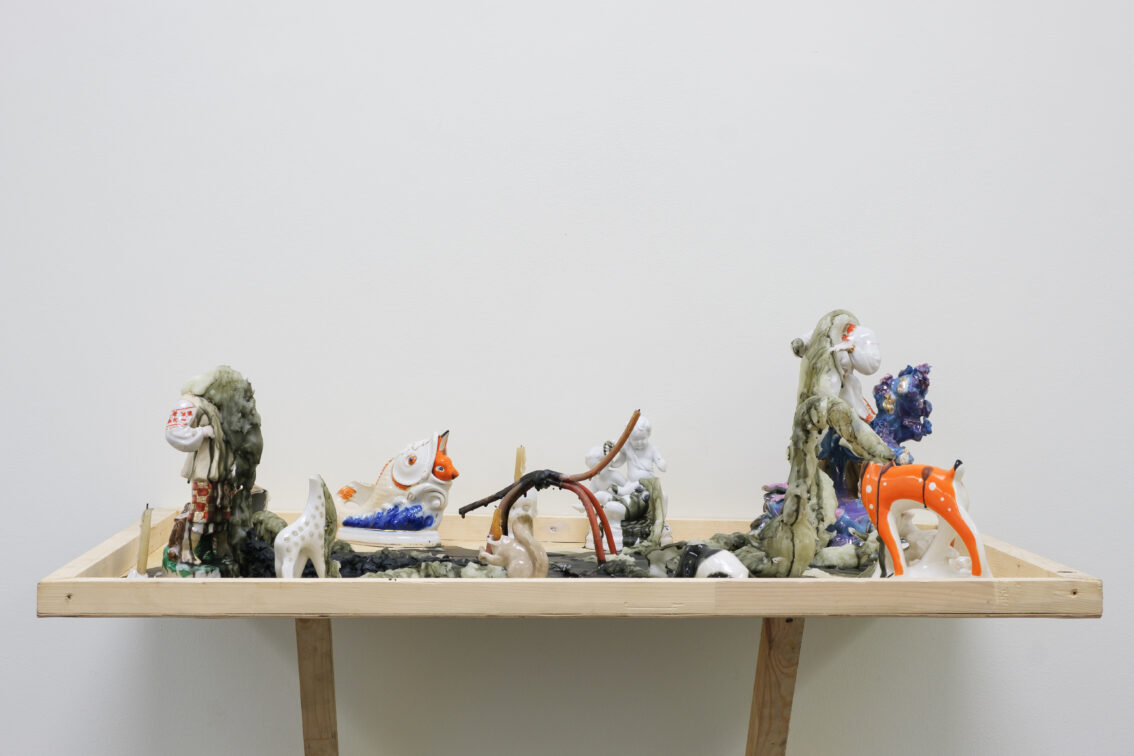 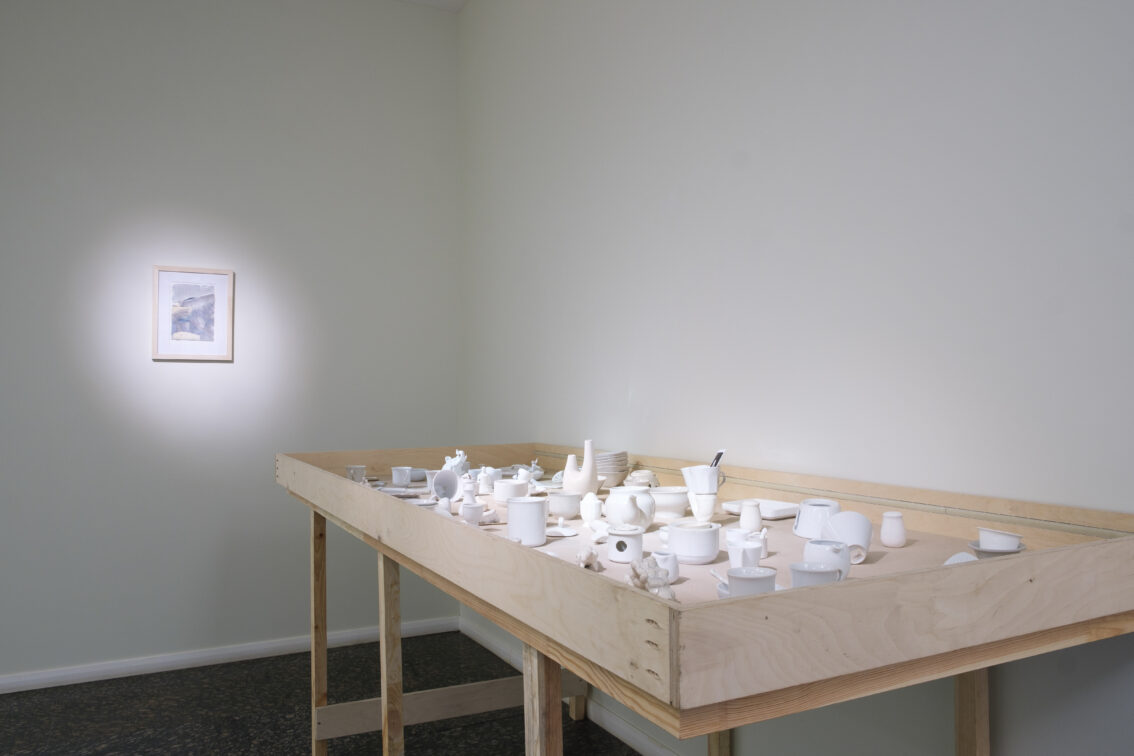 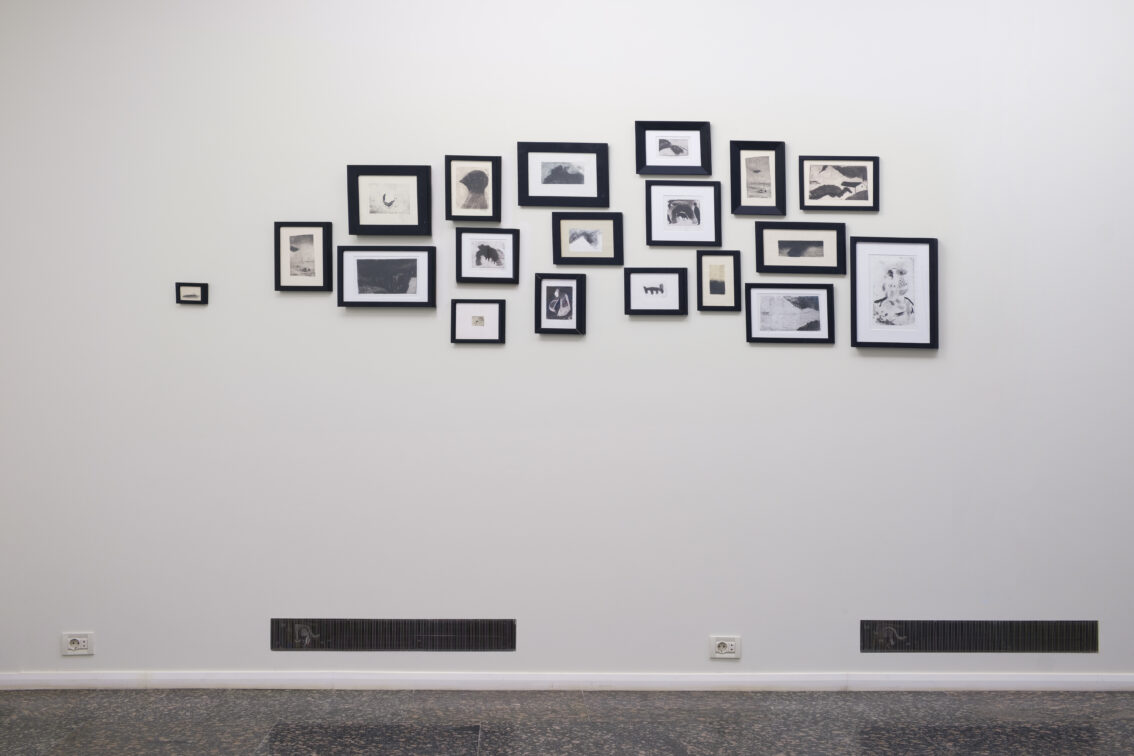 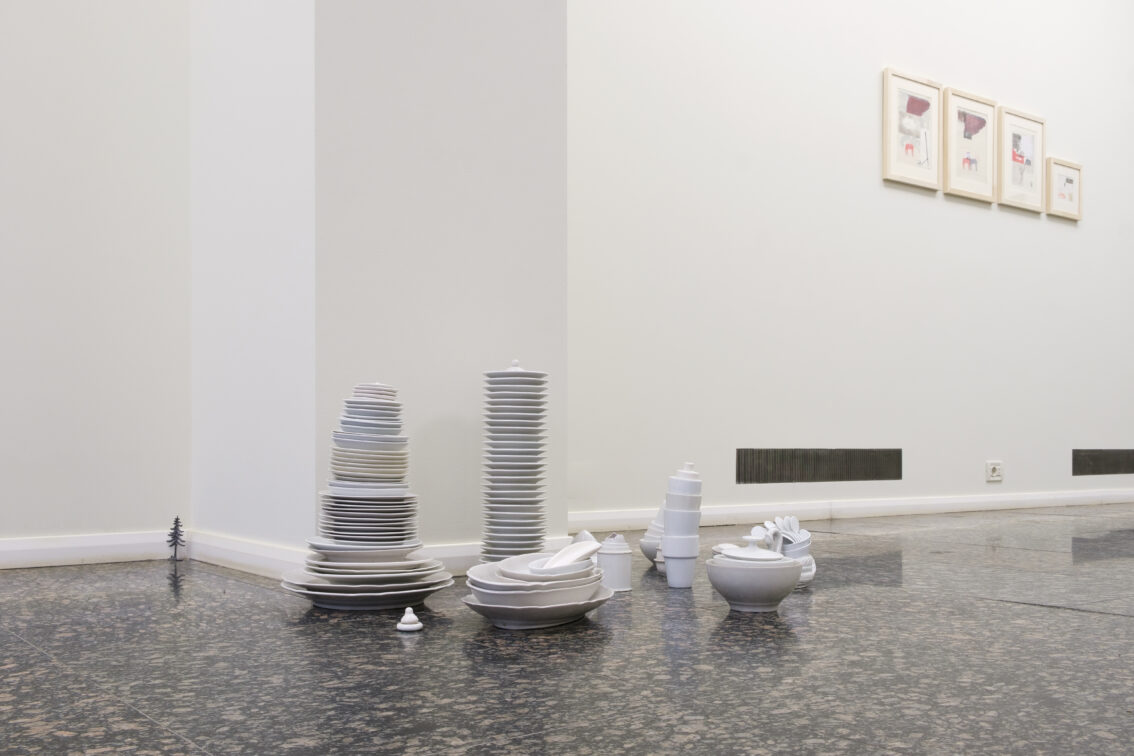 Dymchuk Gallery presents a project by Kyiv artist Dmytro Krasnyi. The show consists of his graphics, collages, objects and photographs.

In his works, the artist addresses the theme of rituals, magical consciousness and domestic mysticism. Looking-glass, the underworld that penetrates our daily lives, are his definition of the “Tartarus”. At the same time, the motive of memory, its distortion and transformation is important for Krasnyi’s ​​practice – this applies to both individual and collective memory.

Krasnyi’s works work with these topics in various forms. Thus, the artist’s collages are a certain interference in the objective reality, a rethinking of the memory of the past. Random amateur photographs are transformed from documentary evidence into surreal objects that demonstrate reality from a magical point of view. Collages made from the artist’s graphic works are a game with his personal memory, a re-assembly of his own visual language.

The artist applies a similar collage principle to objects. He combines things found at flea markets in unexpected still life compositions. Some of them are supplemented with wax – a plastic material that indicates the fluidity of time and variability of memory. According to the artist, along with the wax from the objects get rid of the memory of their original purpose. At the same time, the artist refers to the ritual of “pouring wax”, which is still performed by the people to cure diseases, relieve fears or predict the future.

Compositions of objects are also present in the photos – they are a kind of “doppelgangers” that create the effect of recursion. Thus, Krasny emphasizes once again that the universe he created is specular, multidimensional and open to multiple readings.