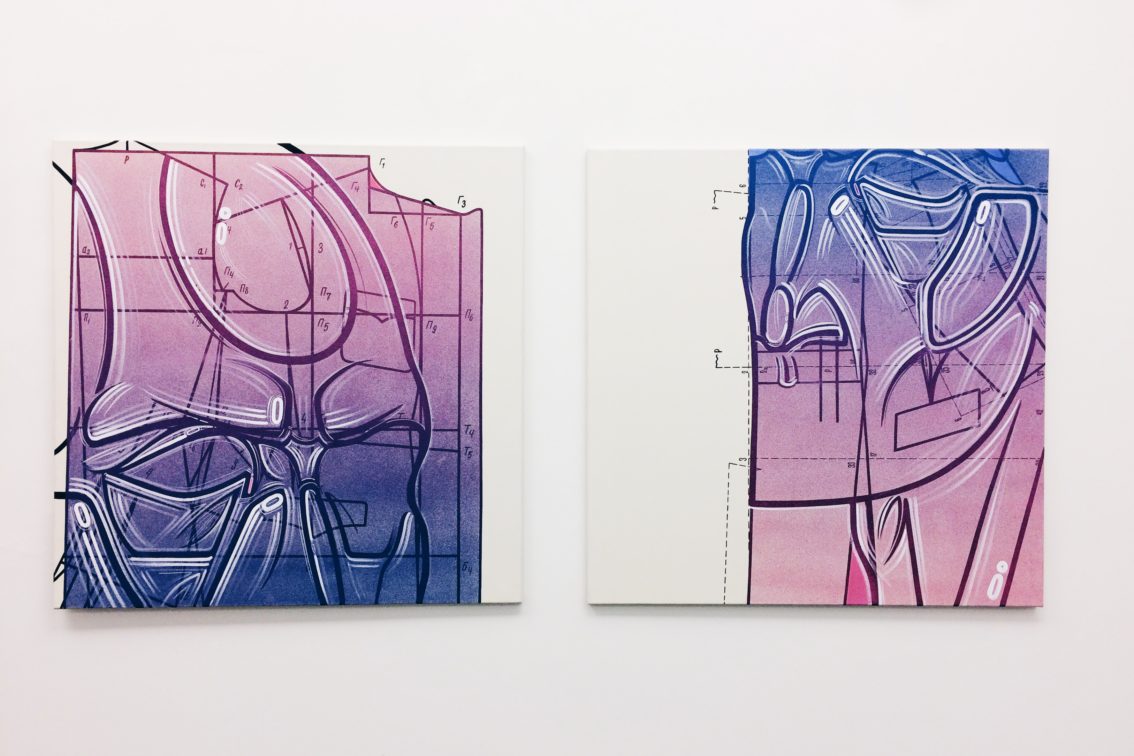 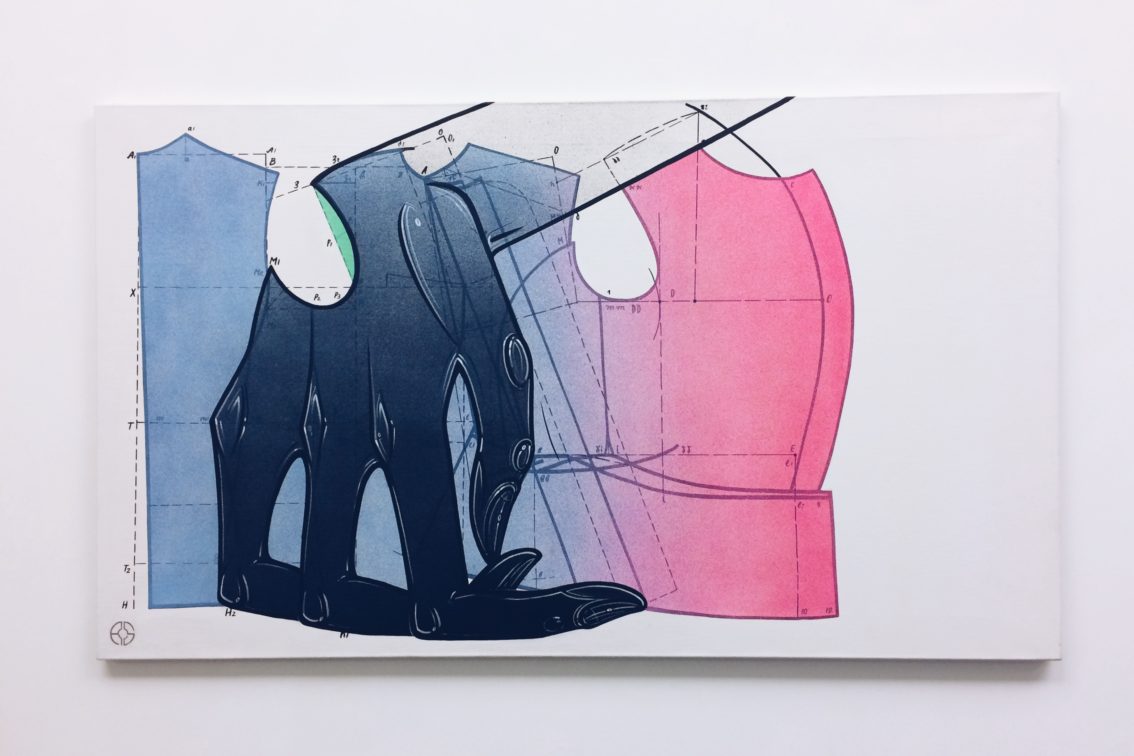 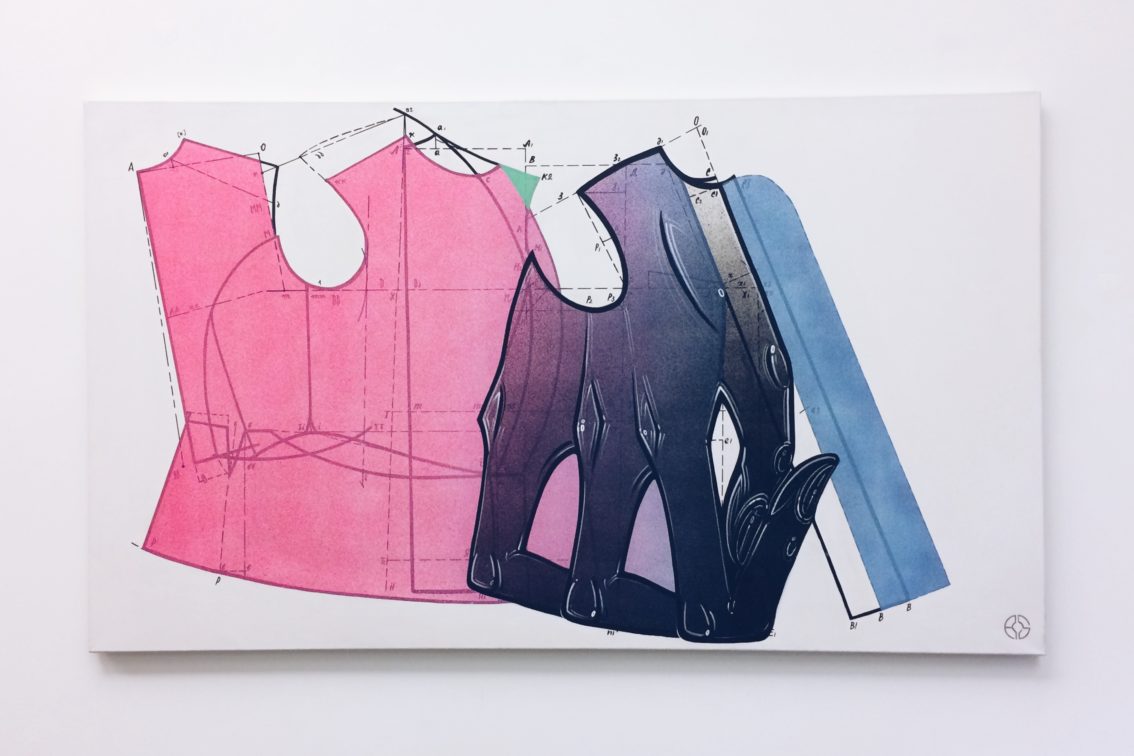 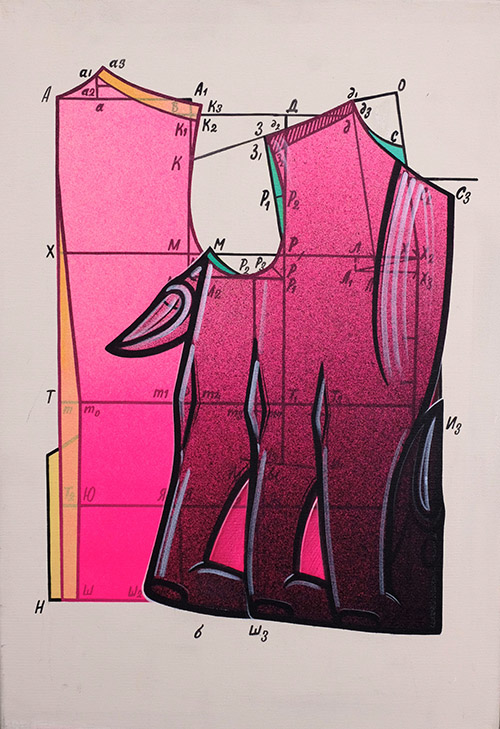 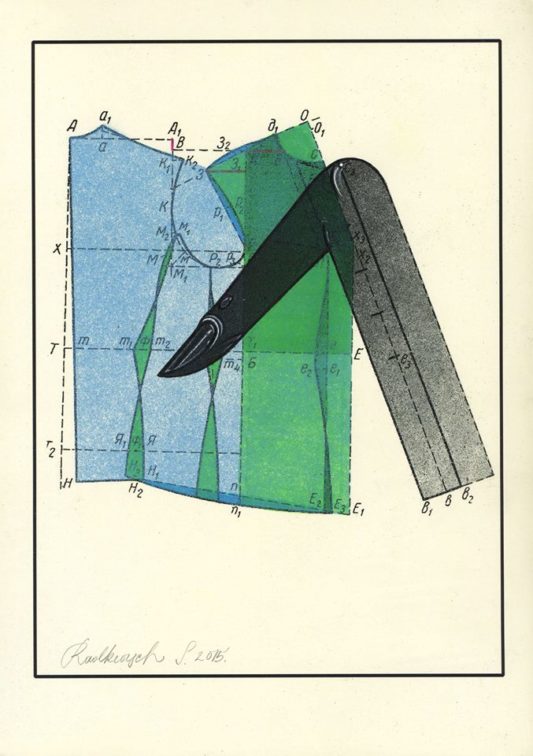 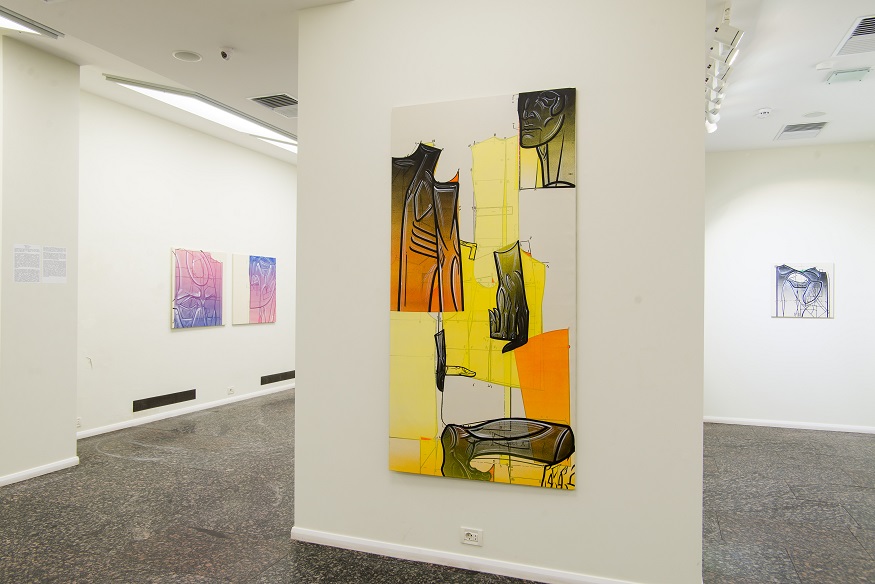 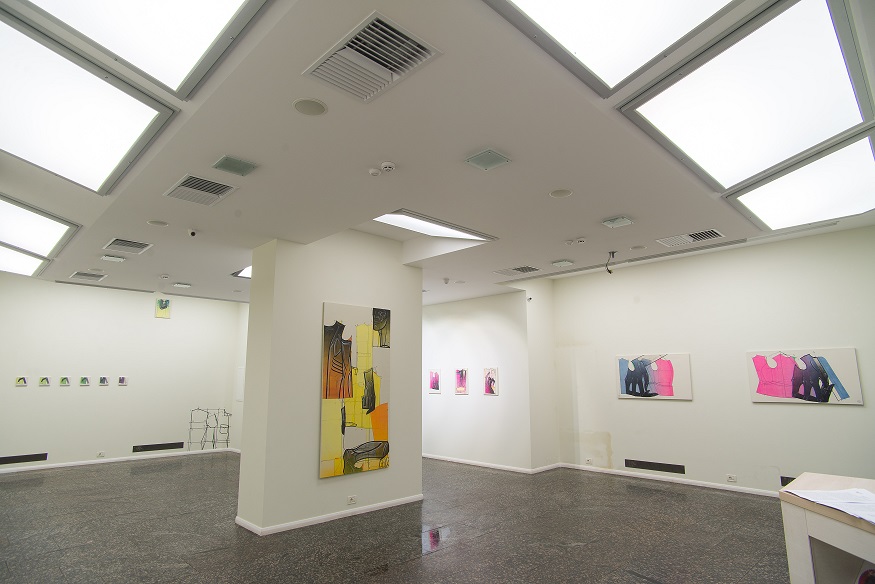 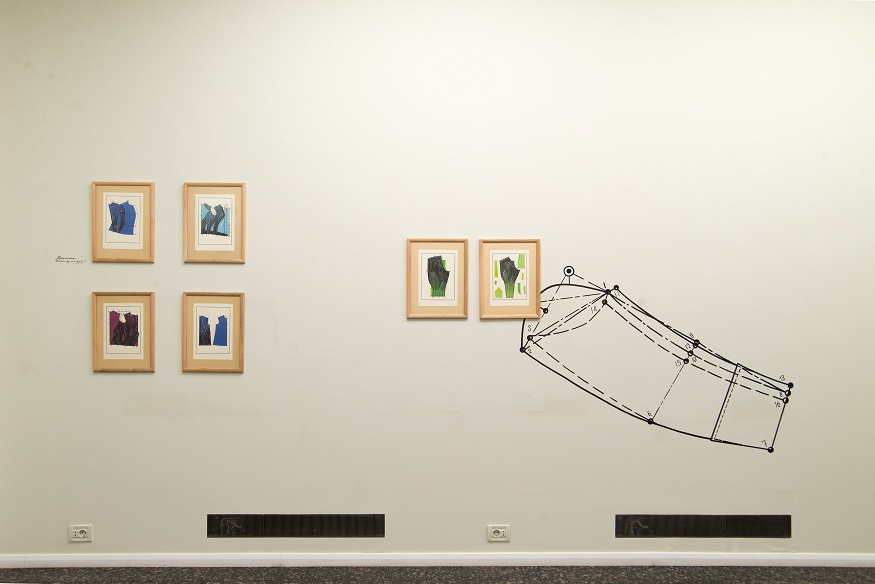 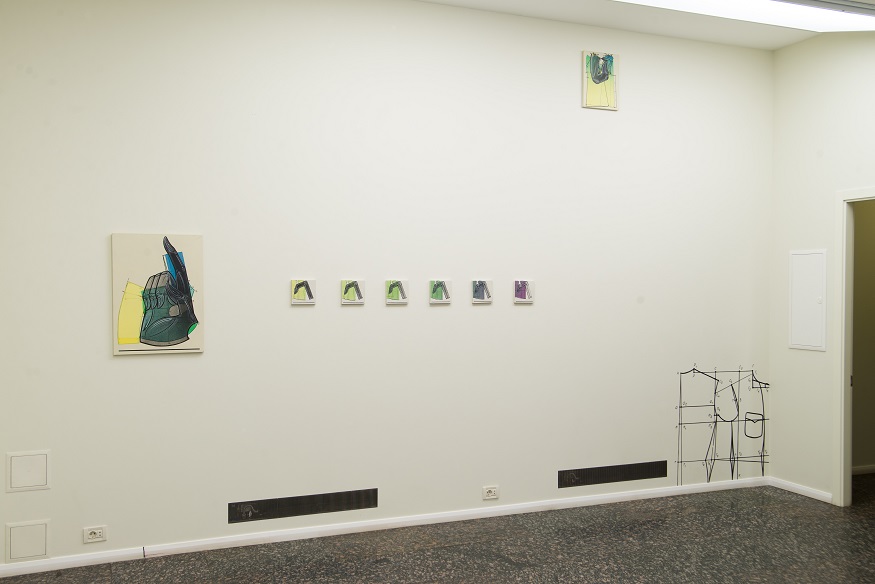 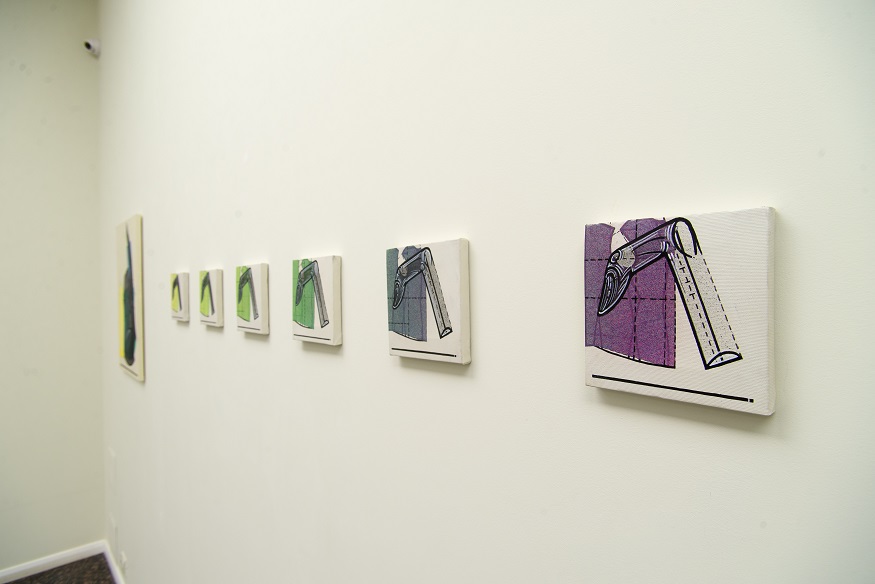 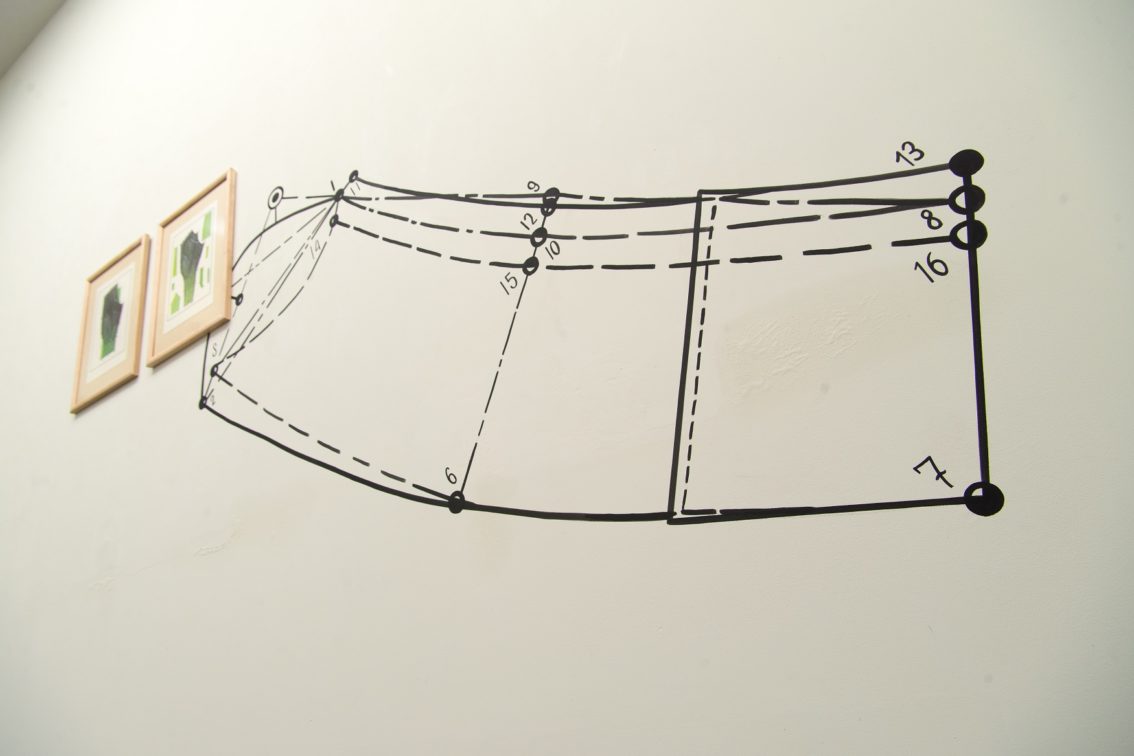 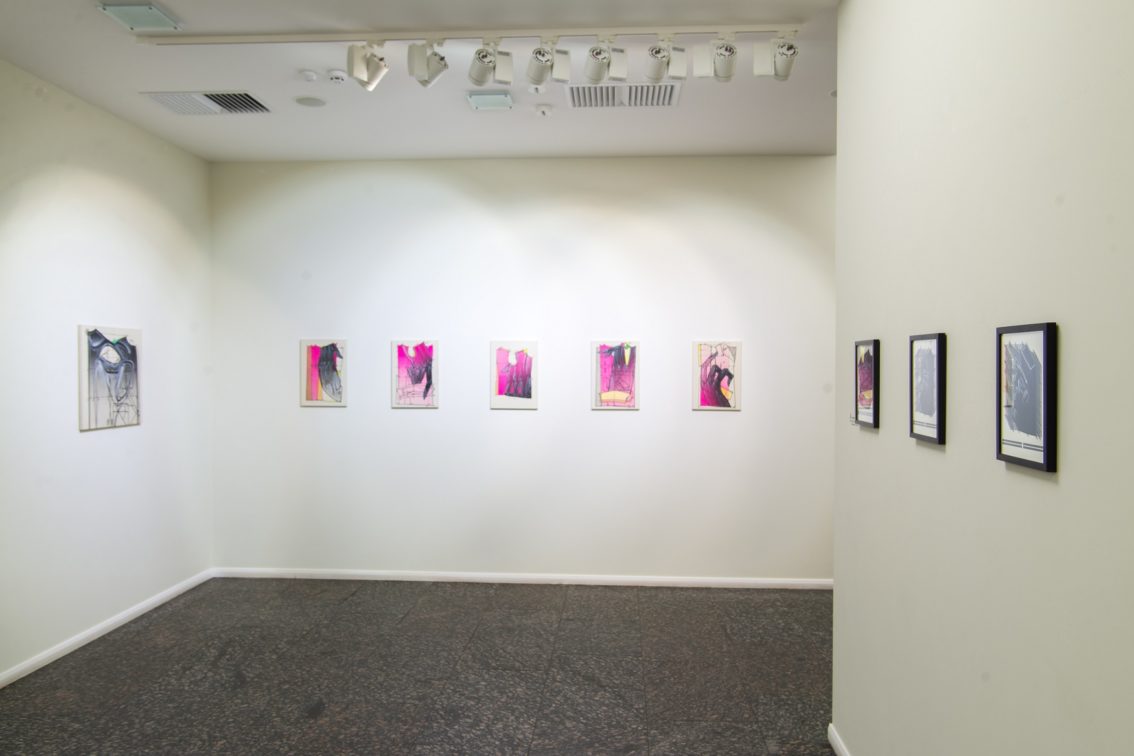 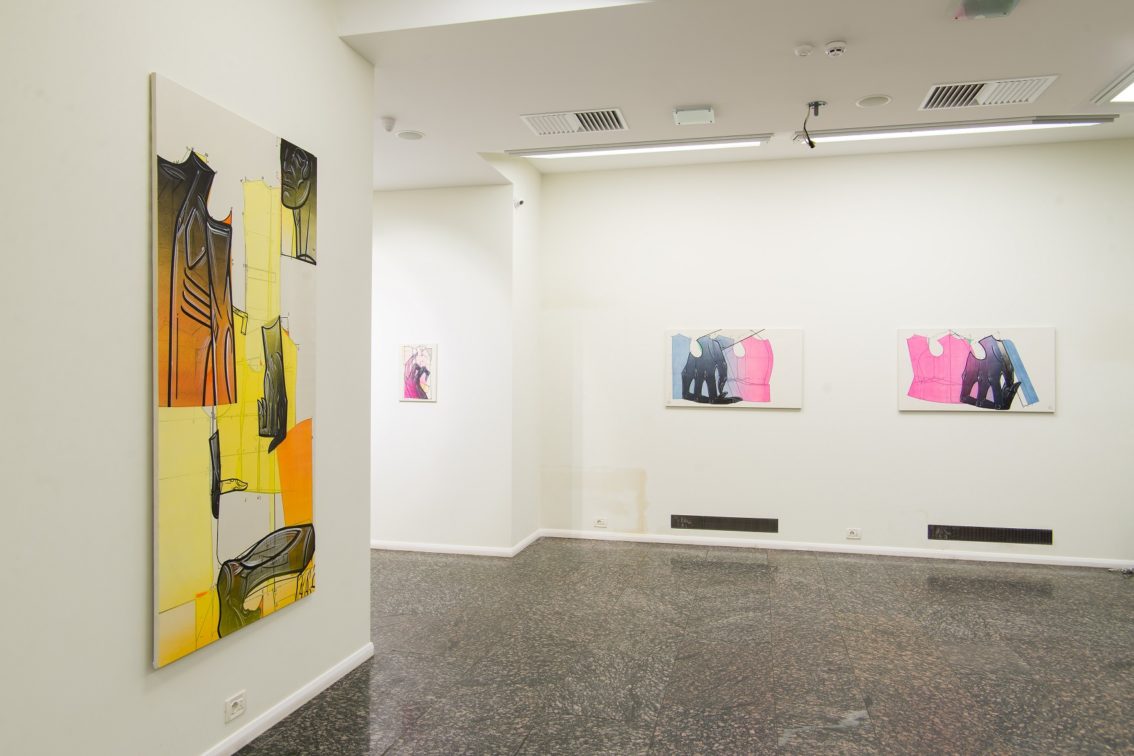 Talking about his current project, Sergiy Radkevych points that the word “fragments” has been often used in his numerous projects of the last years and immediately decides – this will be the name of the project. So, “Fragments”.

First of all we have to remember previous works of the author, which are often quite monumental, based on religious iconography. In 2014 he worked with the people silhouette’s targets which are used at shooting-ranges. For example, painting “Repose” is dedicated to those who have suffered from violence of the government. The motif of the target is also used at “Sergiy Nigoyan. Armenian motive. Repose”. The artist often uses simplified geometric motifs in his works, for example the recent series of “Victim”, which was presented at the Museum of Contemporary Art of Lyon. Radkevych also works with Braille (Mural “Fragment of Hope” at Poznyaky). Thus, an abstract image of the artist’s works is connected with a certain frame and figurative elements that animate it. Often the subjects of his works are borrowed from sacred art.

The same combination we can see at the project “Fragments.

Taking as a starting point terrifying images of the armed conflict in Eastern Ukraine and in particular tortured bodies of Ukrainian solders, which reoccur in the local media with a frightening consistency, Radkevych overlaps them with sewing patterns of military uniform. Or rather the other way around, he carefully studies the sewing patterns of the Soviet, German, Ukrainian (historic period is not so important as an army is always about killing) military uniform. The image of the solders bodies’ fragments is the only thing the artist is able to carve out, looking at the sewing patterns.

Traumatized by the disasters of war, which gradually become the norm, young man of a drafting age, takes them to a different realm. In the world of patterns, charts and figures, formalized, visually appealing, vivid images lose their heavy charge. Viewed from afar they may seem the formalistic drill. The artist consciously aims at this contradiction to illustrate fragmented nature of our perception dictated by contemporaneity.