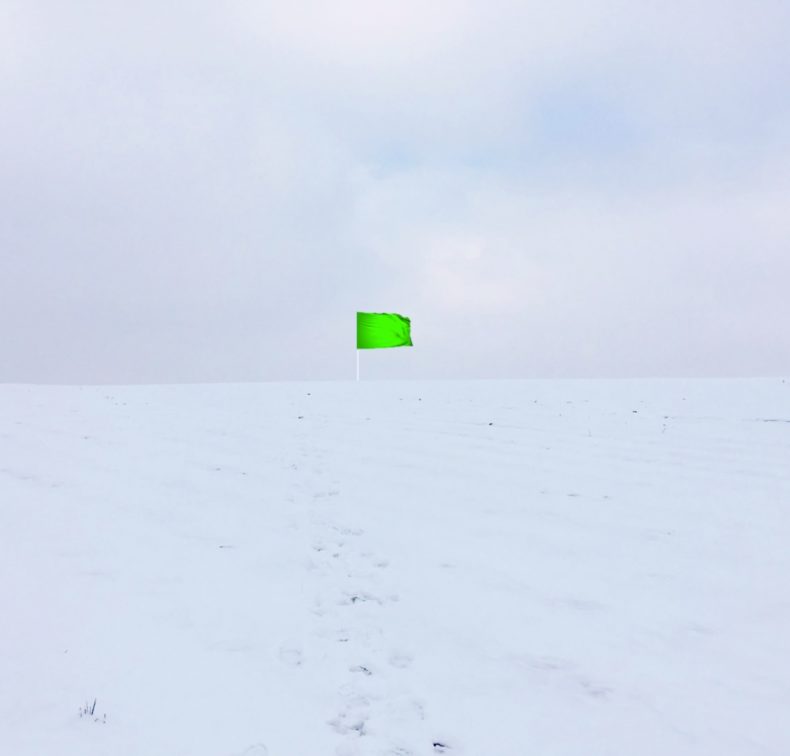 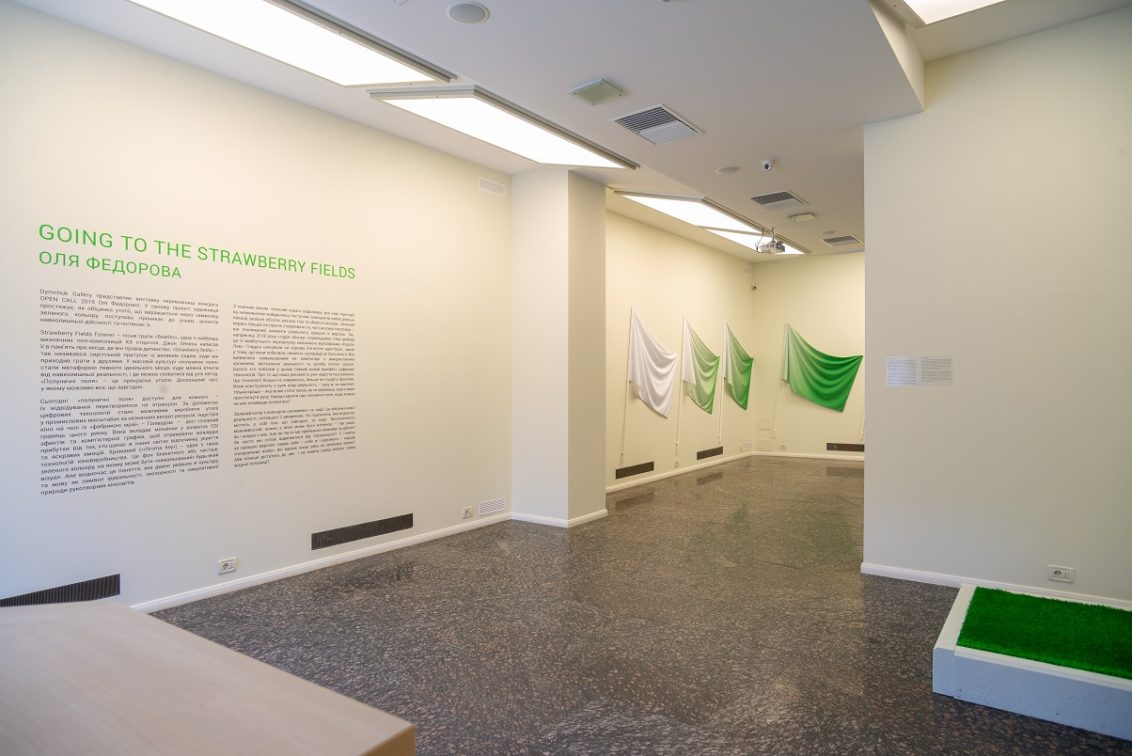 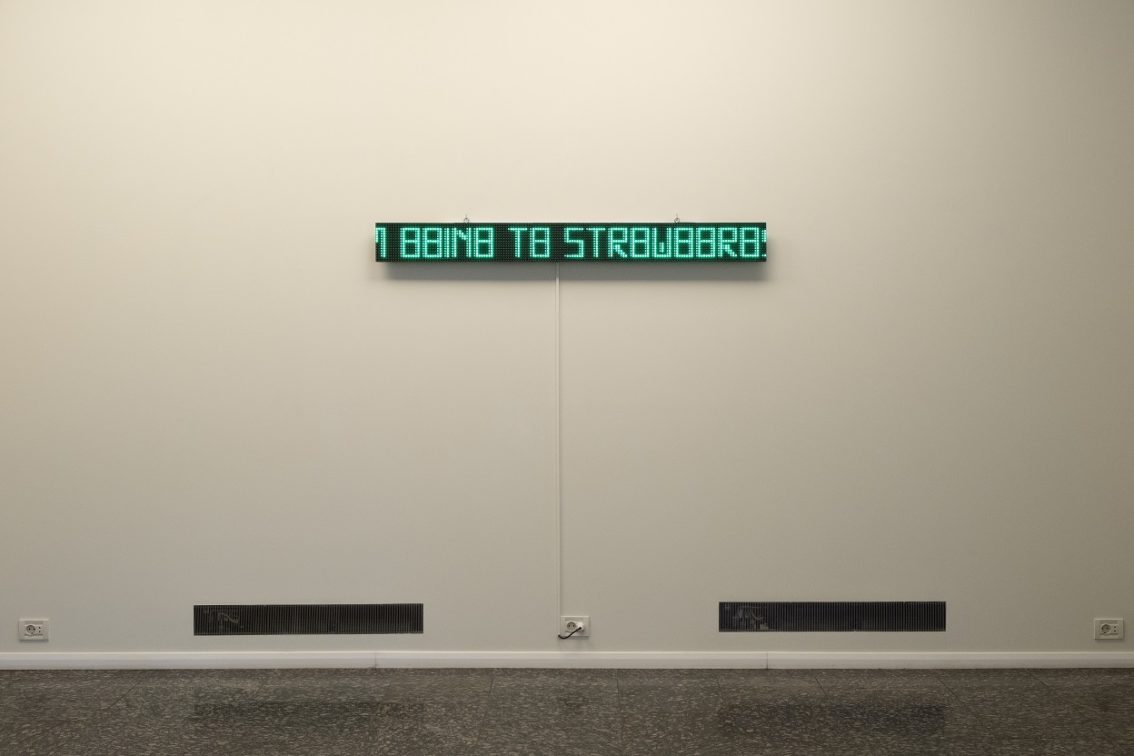 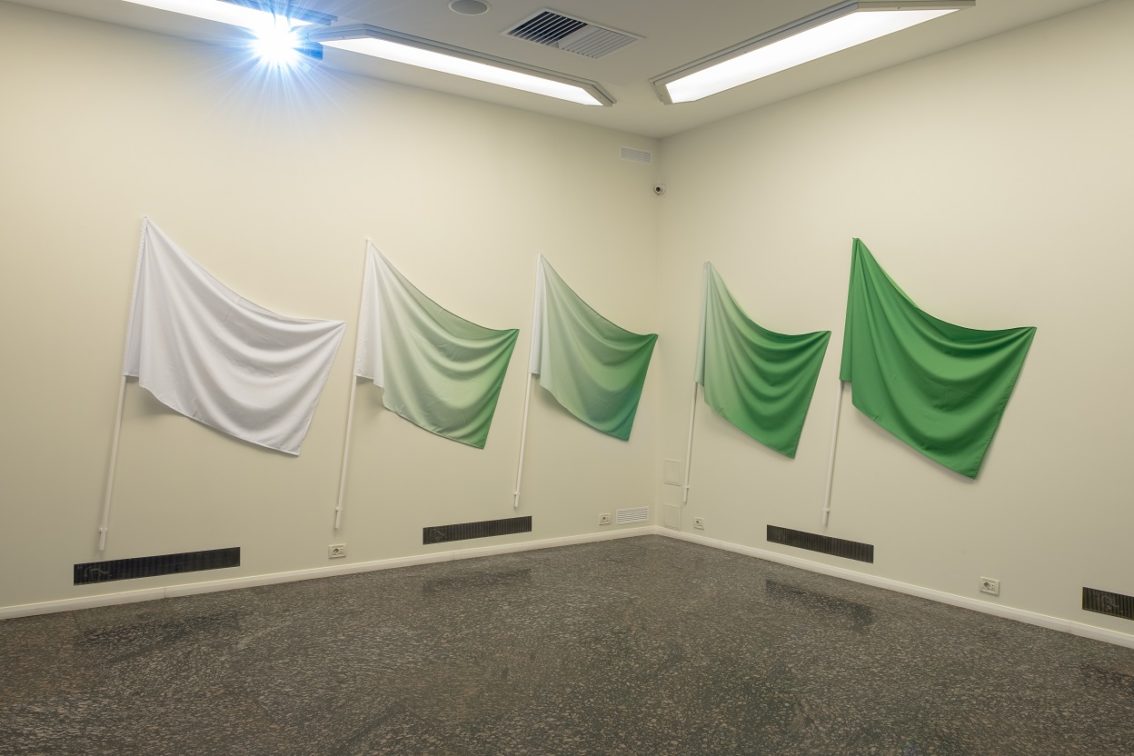 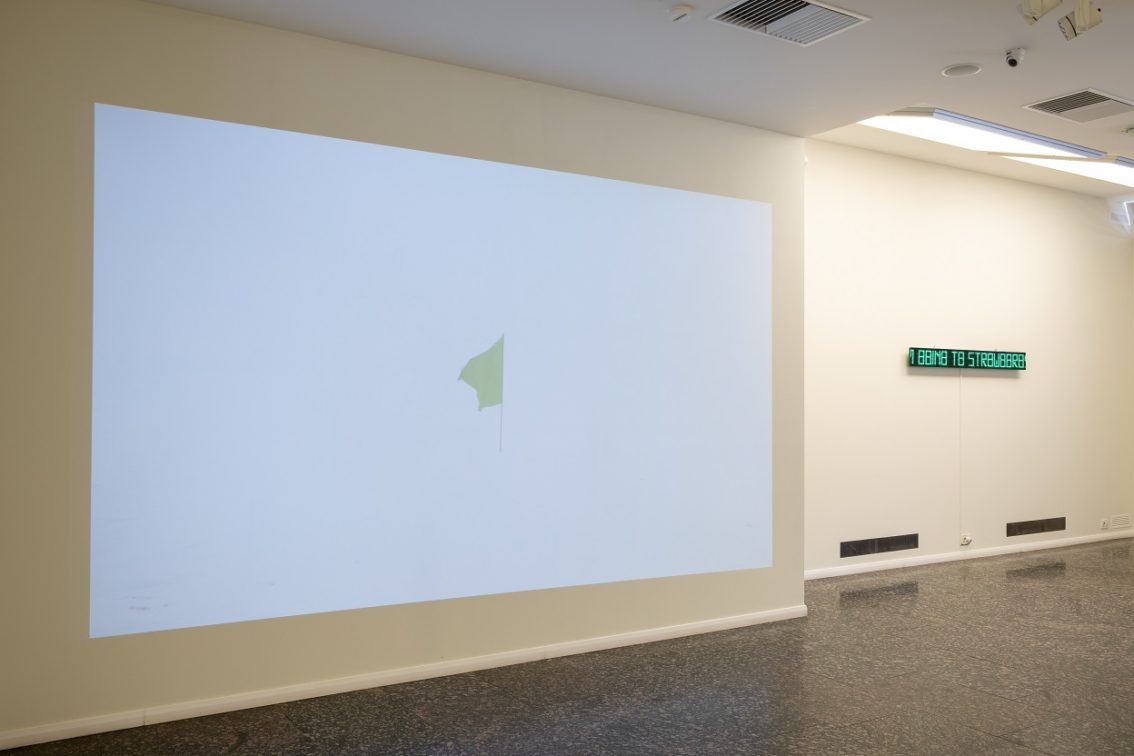 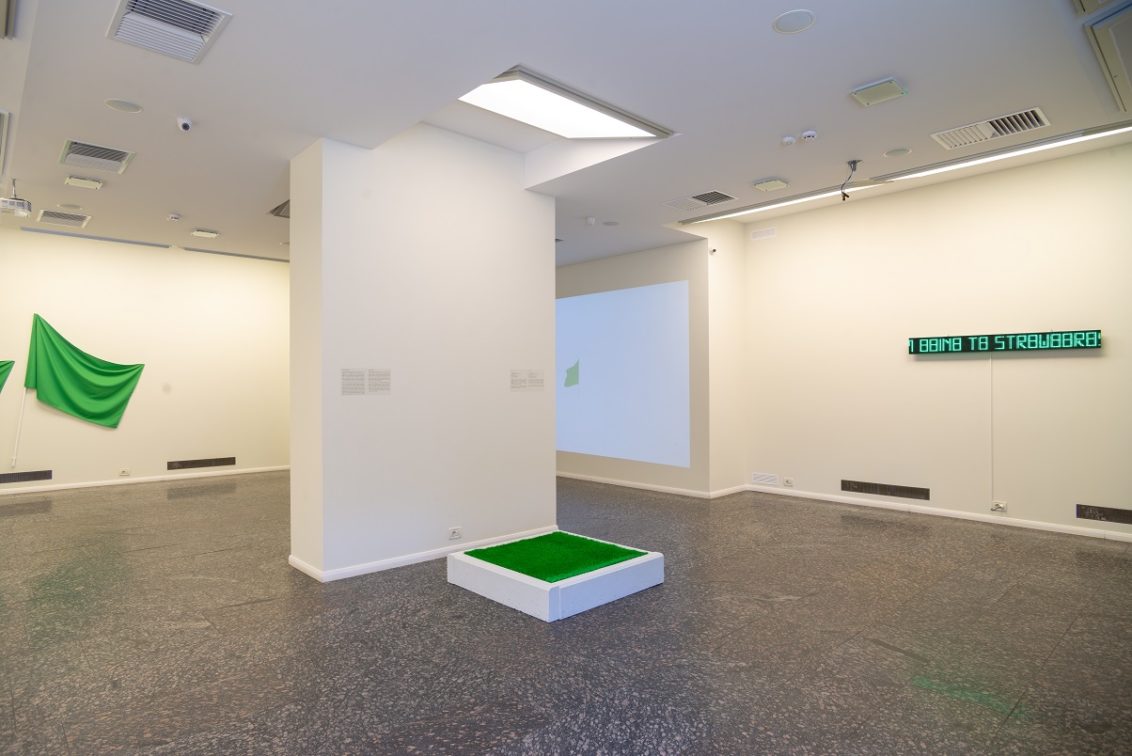 Dymchuk Gallery presents an exhibition by Olya Fedorova, the winner of OPEN CALL 2019. In her project, an artist reflects how the promise of utopia, expressed through the symbolism of green colour, gradually penetrates into different aspects of the reality.

Strawberry Fields Forever by The Beatles is one of the most famous pop compositions of the 20th century. John Lennon wrote it in memory of the place where he spent his childhood. Strawberry Fields is the name of an orphanage with a large garden, where he came to play with friends. In popular culture strawberry fields have become a metaphor for the ideal place where you can escape from the reality, and where you can hide from all the troubles. Strawberry fields is a wonderful utopia. A perfect world in which everything is possible.

Today strawberry fields are available to everyone – they were turned into an attraction. With the help of digital technology, it is possible to produce utopias on an industrial scale at low cost of resources. The movie industry headed by the “dream factory”, Hollywood, is still the main player in this market. It invests millions in the development of CGI effects and computer graphics in order to receive billions of dollars from those who look for other worlds to have some rest, hide away, and receive vibrant emotions. Chroma key is one of such technologies of film production. This is a background of blue or, more often, of green colour, on which any visual can be “drawn”. But at the same time, it is a concept that has long been included in culture and language as a symbol of irreality, illusory nature and the simulation nature of “man-made” cinema.

Each year, the “green screen” gains the new territory on the set, gradually replacing real locations, real objects, real bodies and faces of actors. “Green screen” no longer seeks to create something that does not really exist, it is intended to replace reality with its best version. For example, at the end of 2018, Disney unveiled a teaser trailer for their upcoming remake of the classic cartoon The Lion King. The audience was waiting for another live-action adaptation, but in the fact they saw that there was nothing “live” in it. It all turned out to be made on a computer using chroma key, virtual reality, and motion capture. Many have interpreted this as a definite new manifesto of digital technology. The fact that our reality is not real enough. That technology no longer simulates or produces phantoms. It is constructing a new reality – the same as the original, but better; which can become anything you want, all you need is to stretch a hand. Why should you dream about strawberry fields, if you can live there?

Green is the color of chroma key and hope. This is a promise of a new reality, the potential of its discovery. As emptiness, which at the same time contains everything and nothing. The infinity of opportunities, each of which can be embodied, as well as none of them. But how often do we take it for real? How often are we prepared to give up the true? In pursuit of the best version of ourselves – to give ourselves up for the imaginary strawberry fields on the green screen? To find out later that there are no strawberries in the green grass?