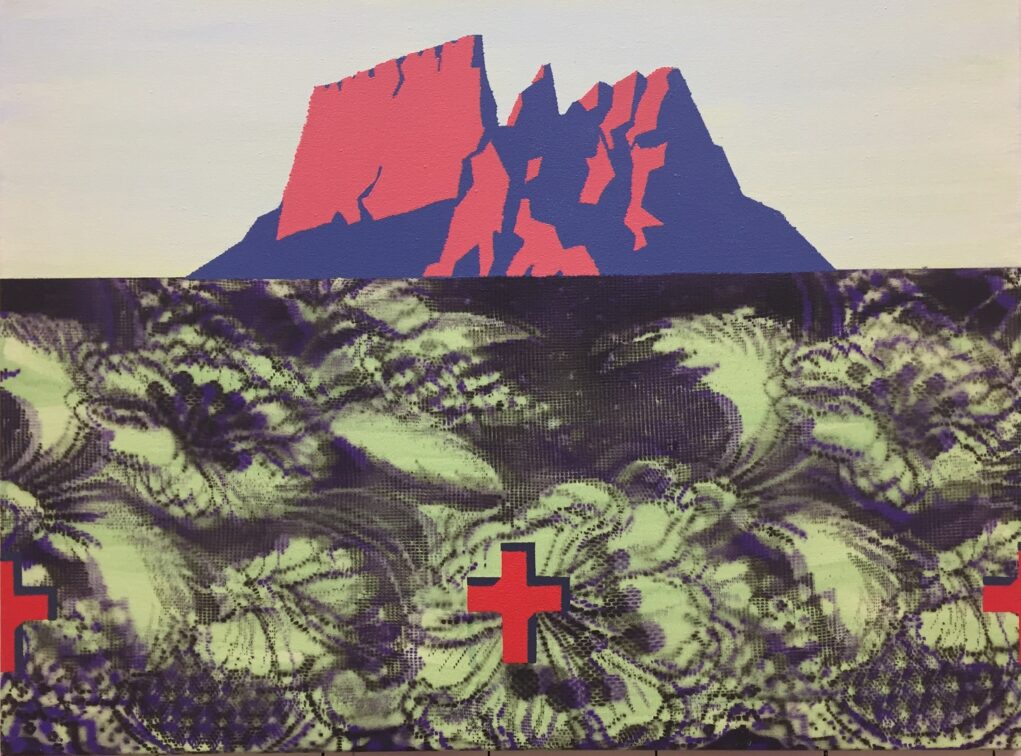 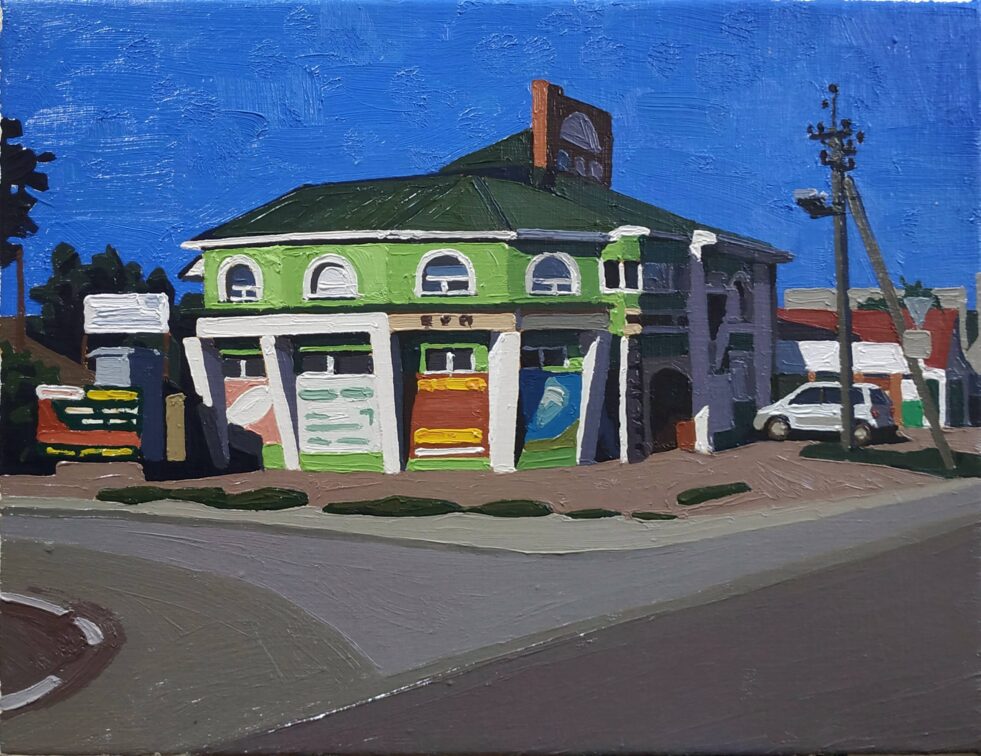 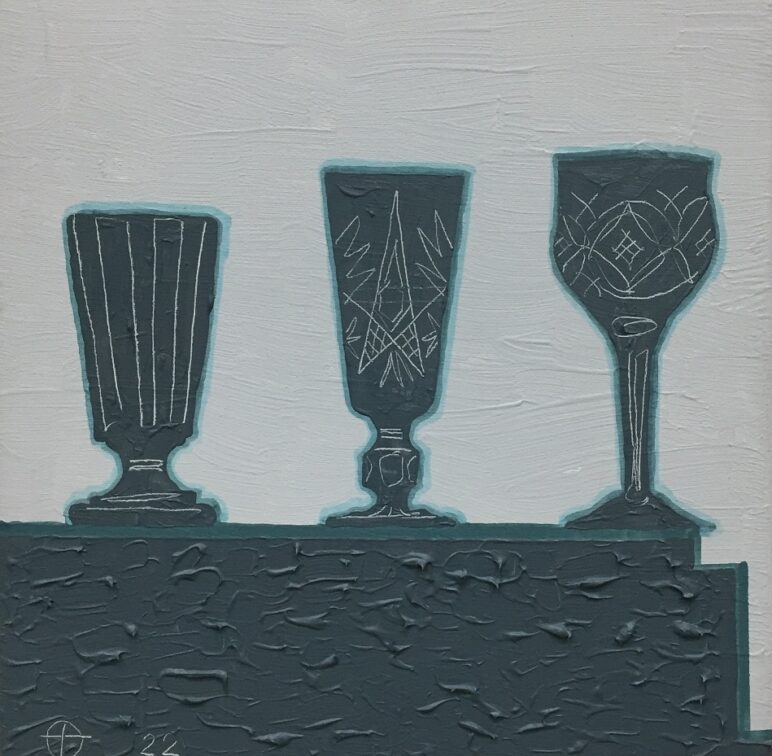 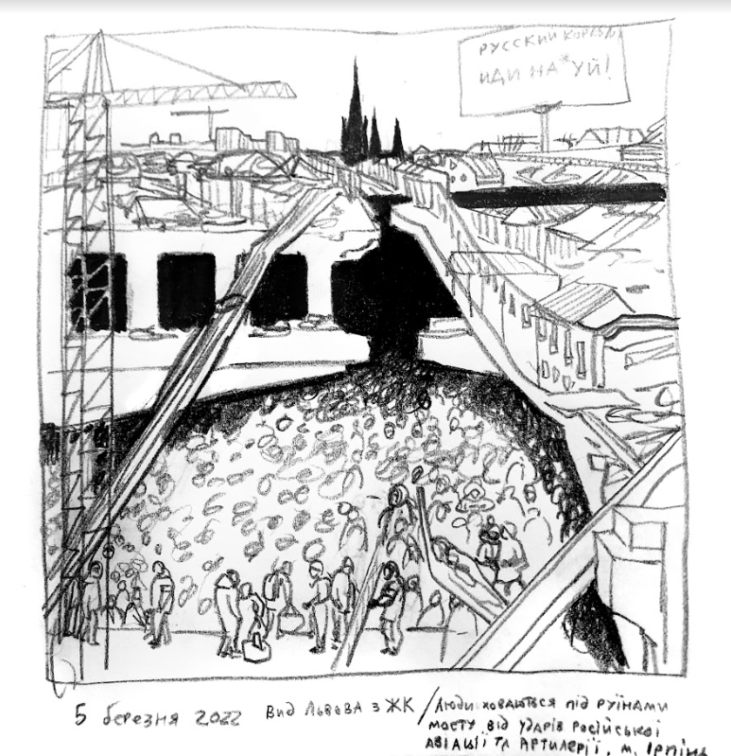 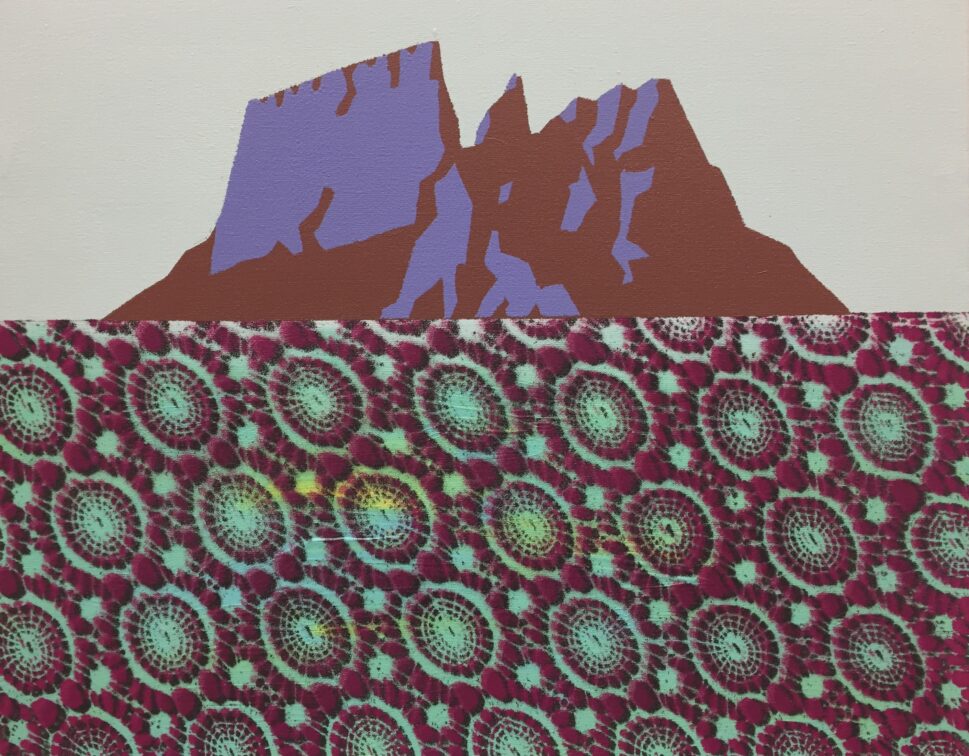 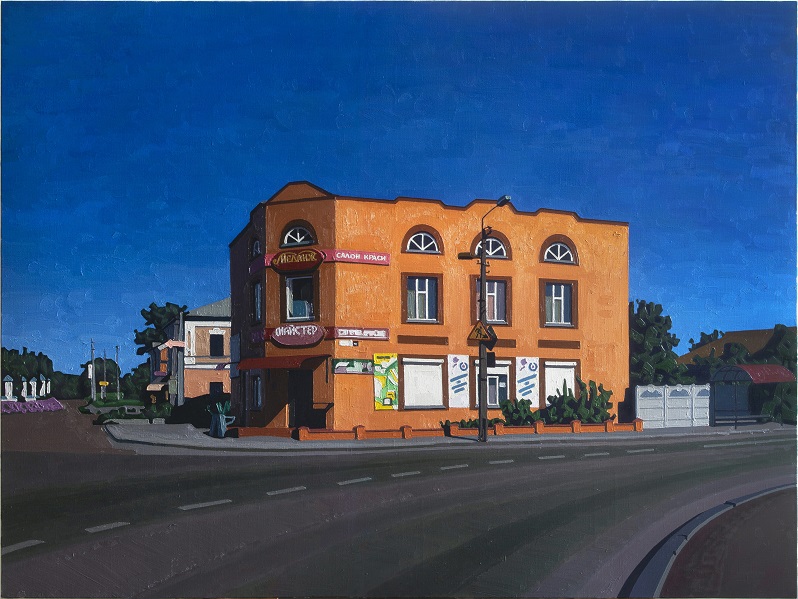 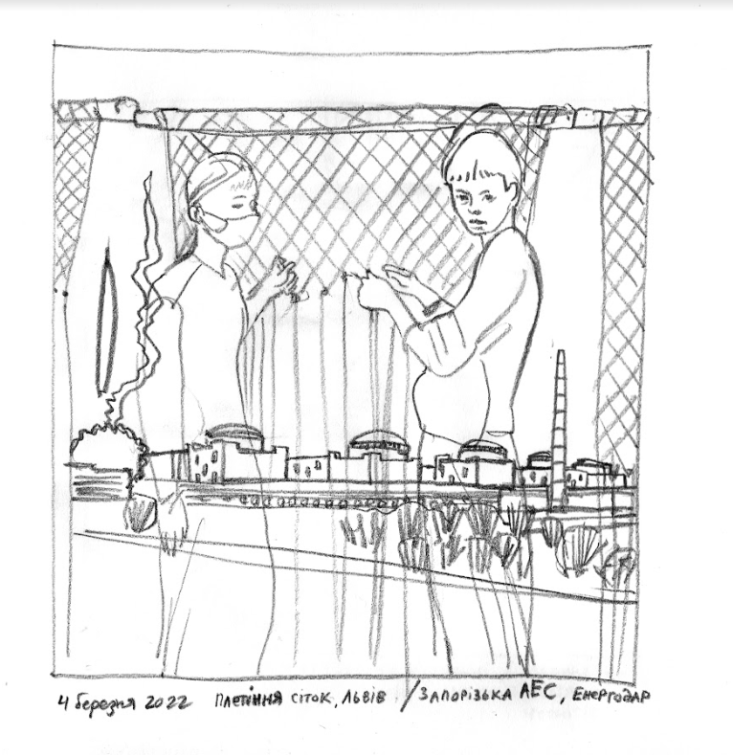 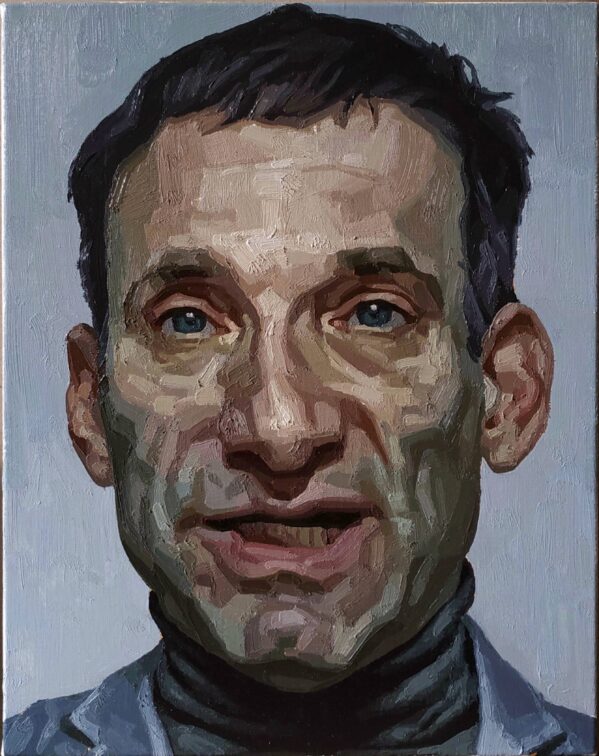 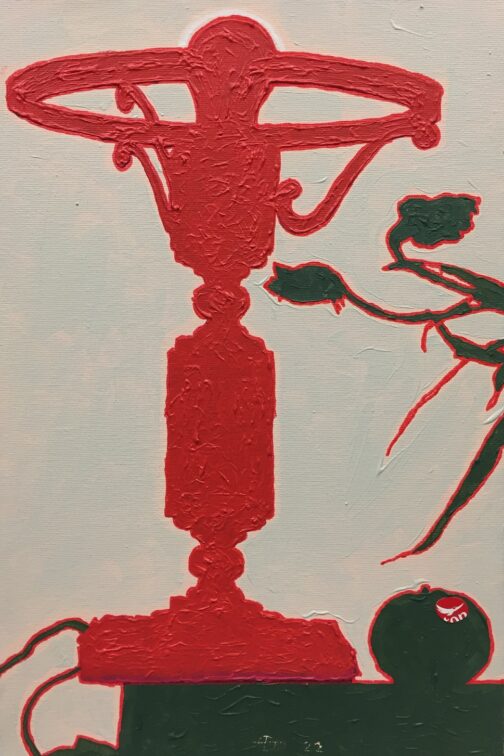 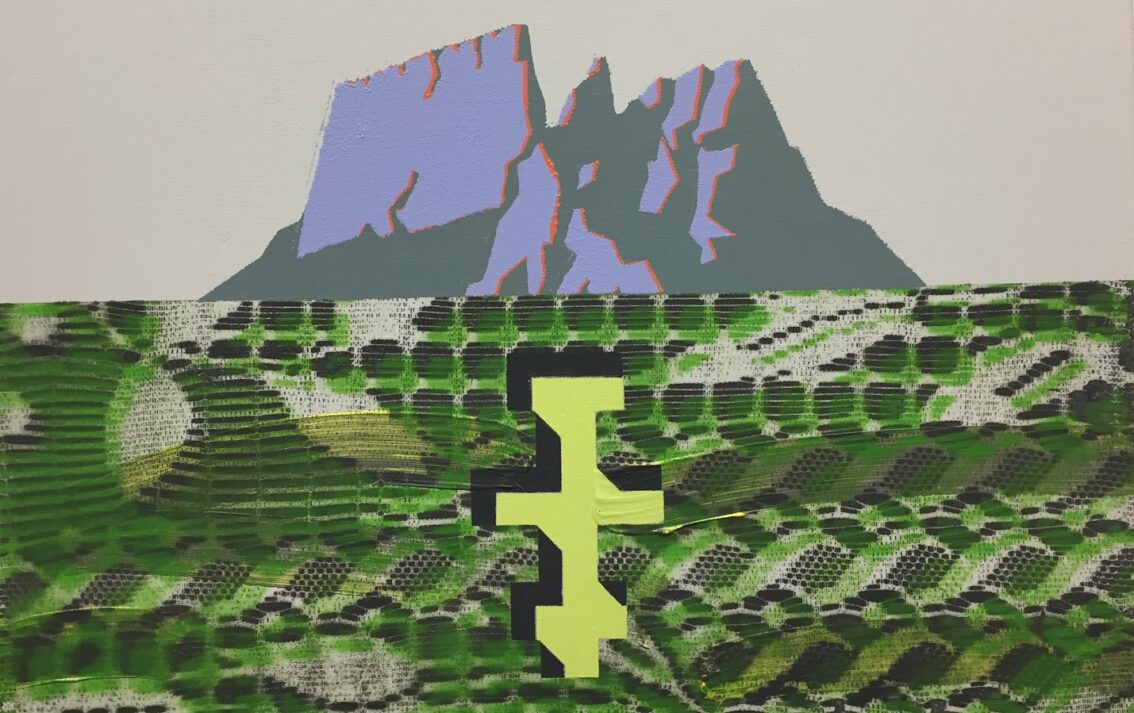 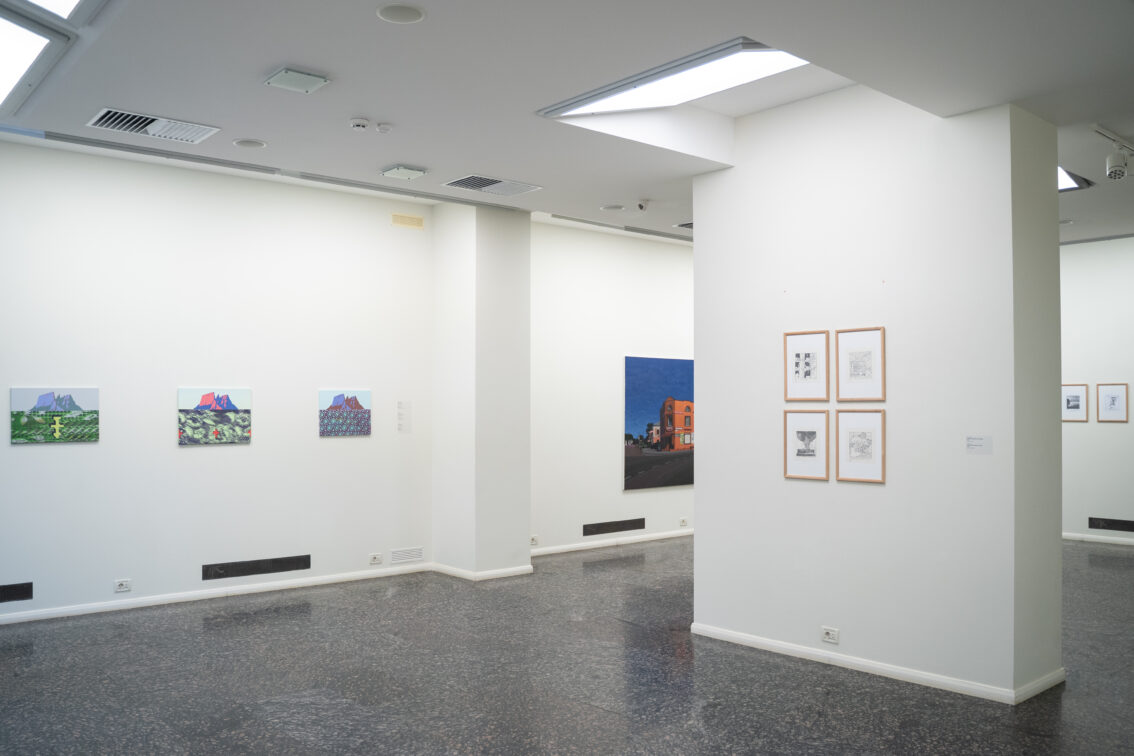 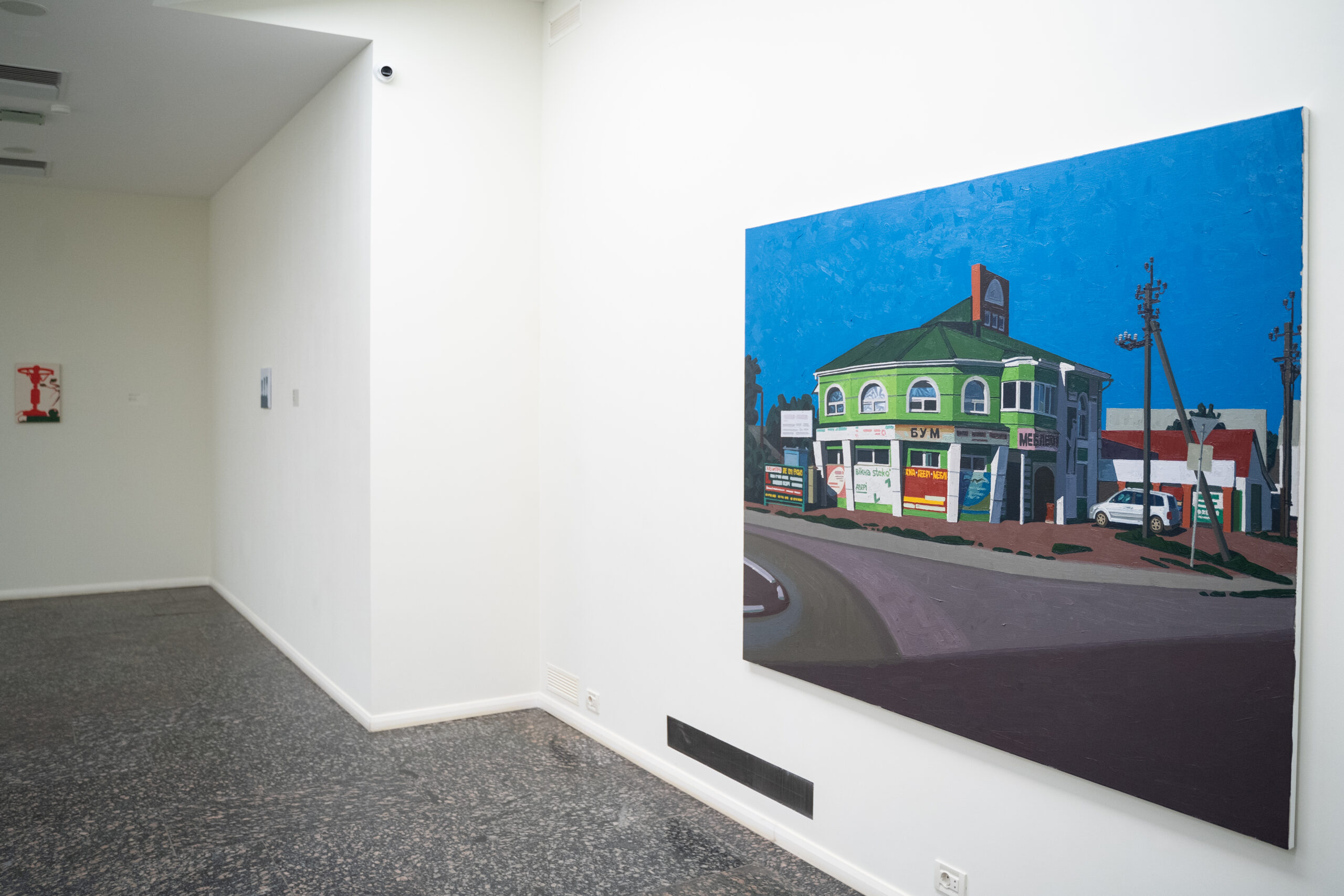 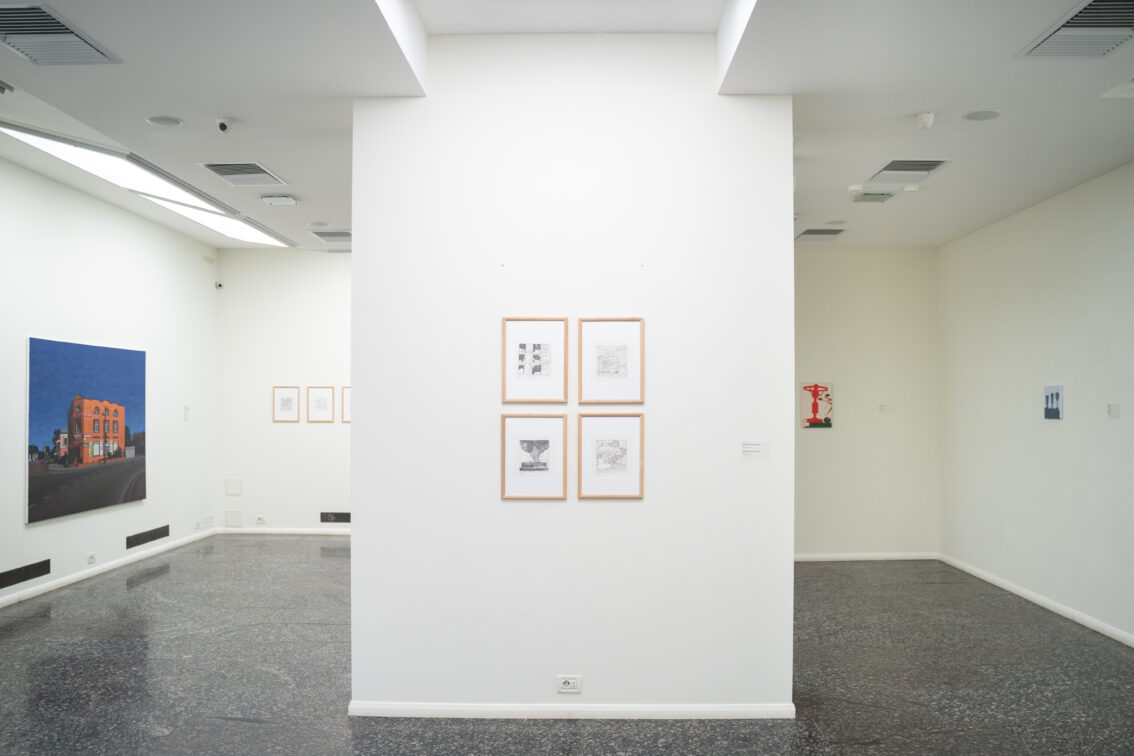 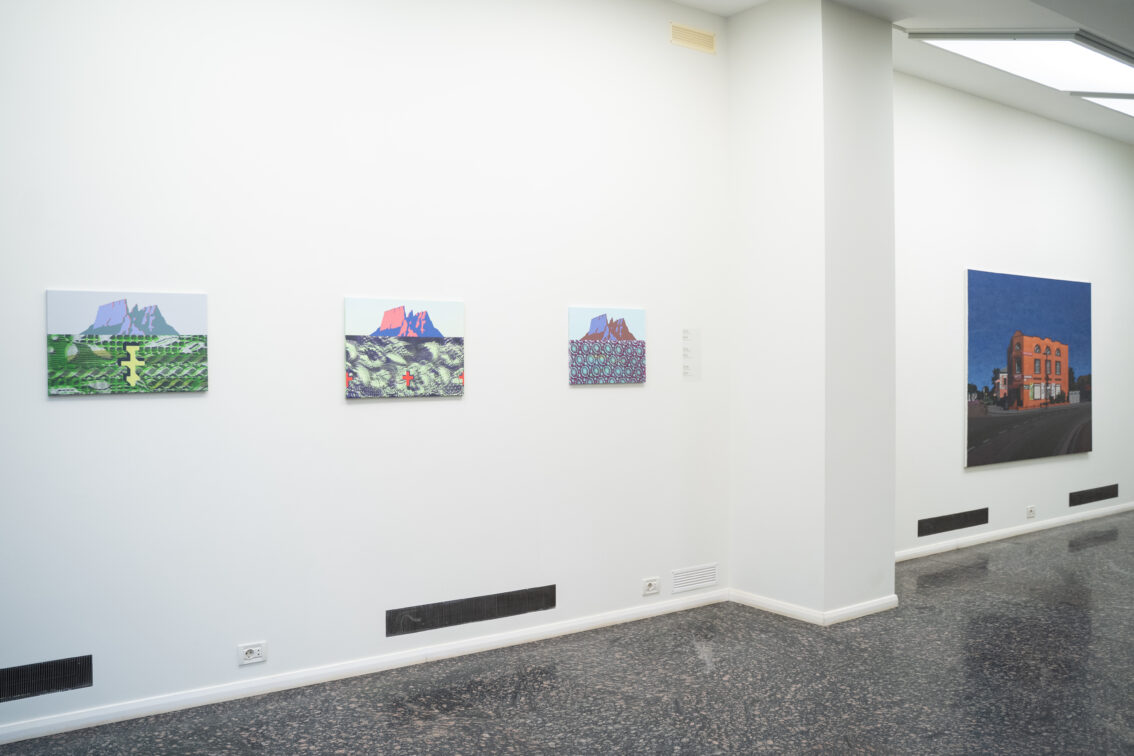 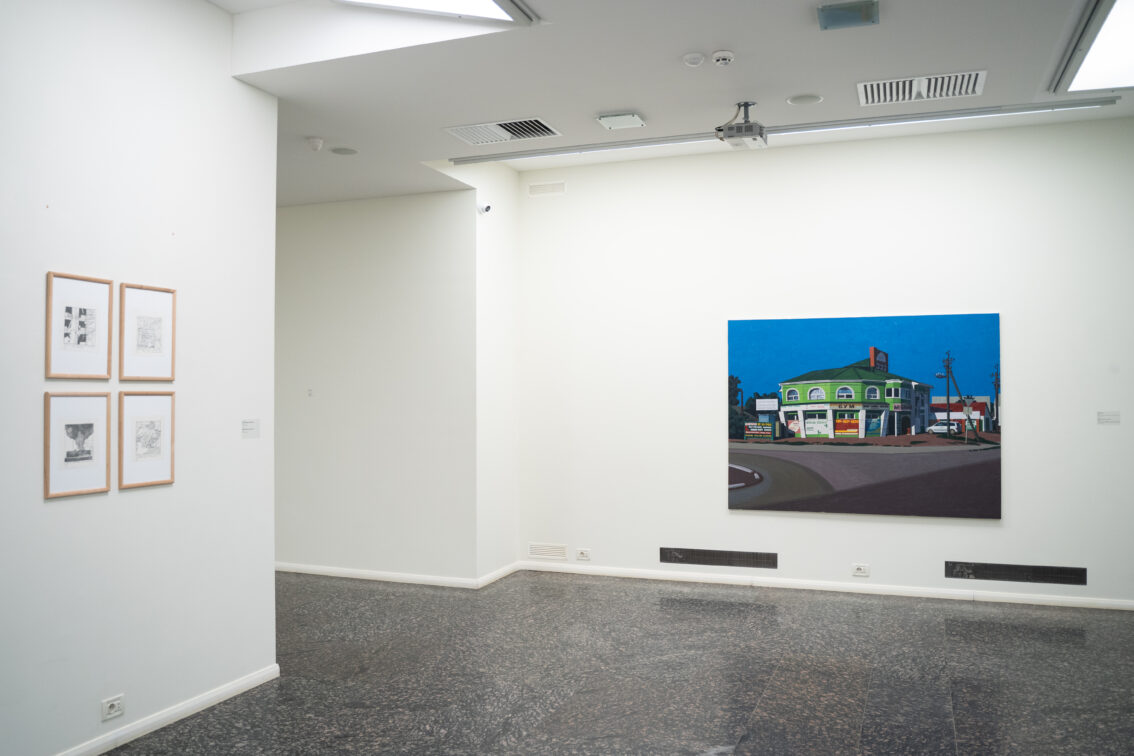 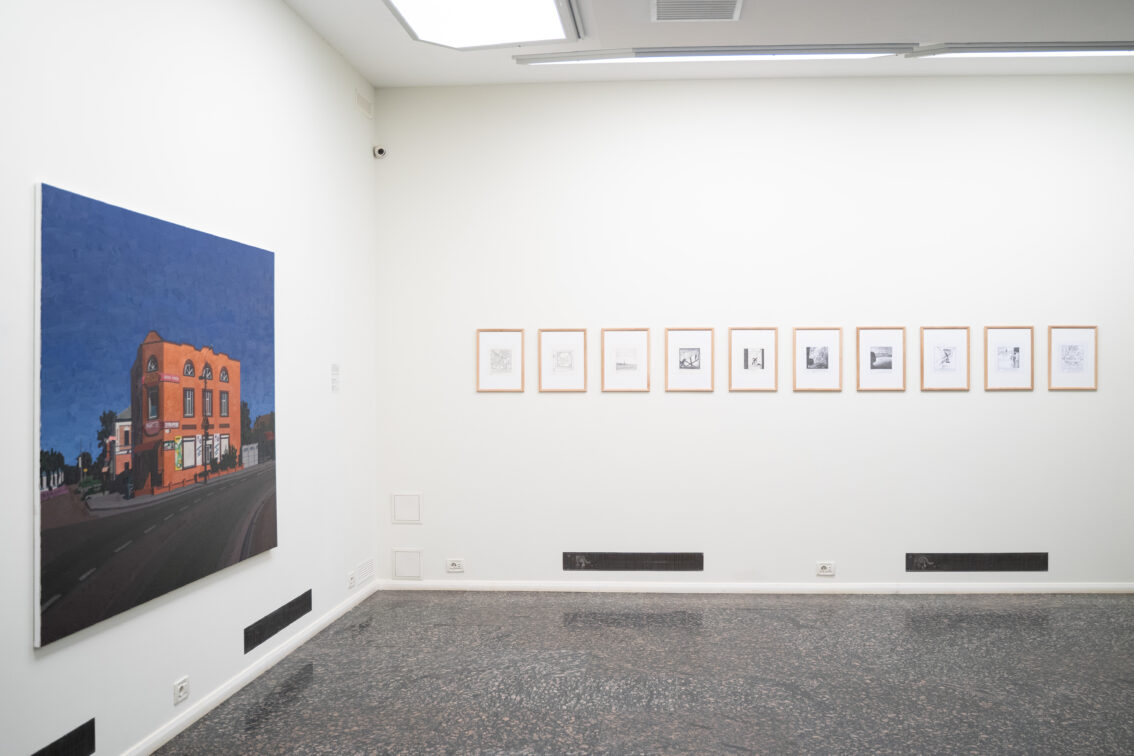 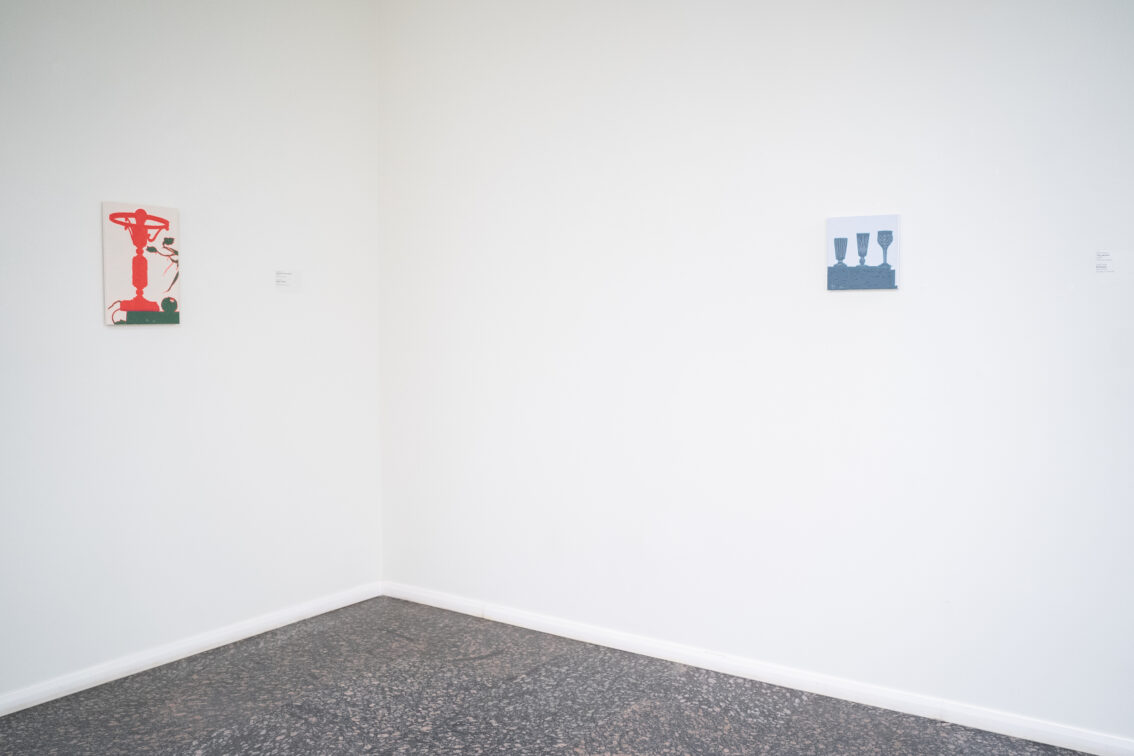 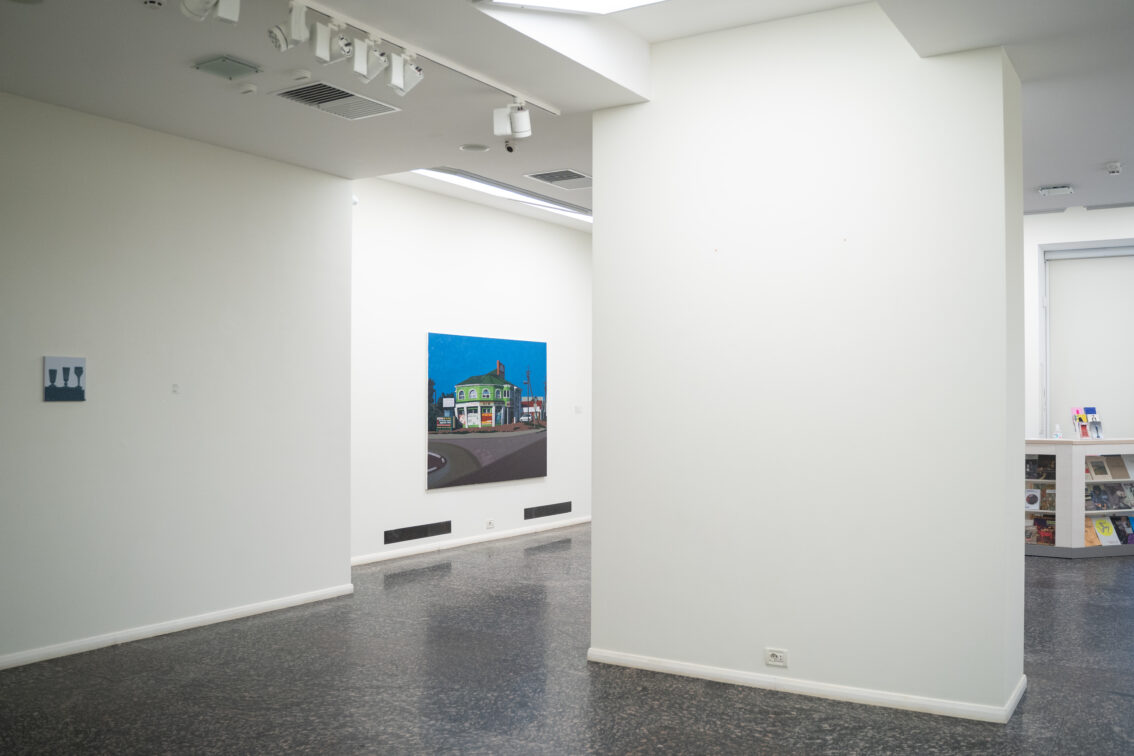 Dymchuk Gallery presents a sequel to ‘Diaries. A collective exhibition of wartime art. This chapter features some works that were made after February 24, when Russian troops invaded Ukraine. The works included into the exposition often depict one or another event that happened during the last months of the war.

The second part of the project features graphical works made by Inga Levi from the series ‘Double exposure’. Those are diarylike sketches the artist has been making during her trips from the beginning of the war and up until now. Every work consists of a peaceful life scene the artist experienced that particular day, and a drawing of military photo reports she came across in the news, thus resembling two photographic negatives laying one over another. Also, the exhibition features Yuri Pikul’s paintings from the series ‘People’s architecture of Ukraine’ dedicated to the provincial architectural tradition, whose examples are scattered all over the small towns of Ukraine. Finally, the exhibition includes paintings made by Oleg Tistol from his series depicting shadows cast by the objects in the vault, where the artist spent the first months of the war, and some works from the ‘Ai-Petri’ series, where the mountain itself is interpreted by the artist as a symbol of Ukrainian victory.