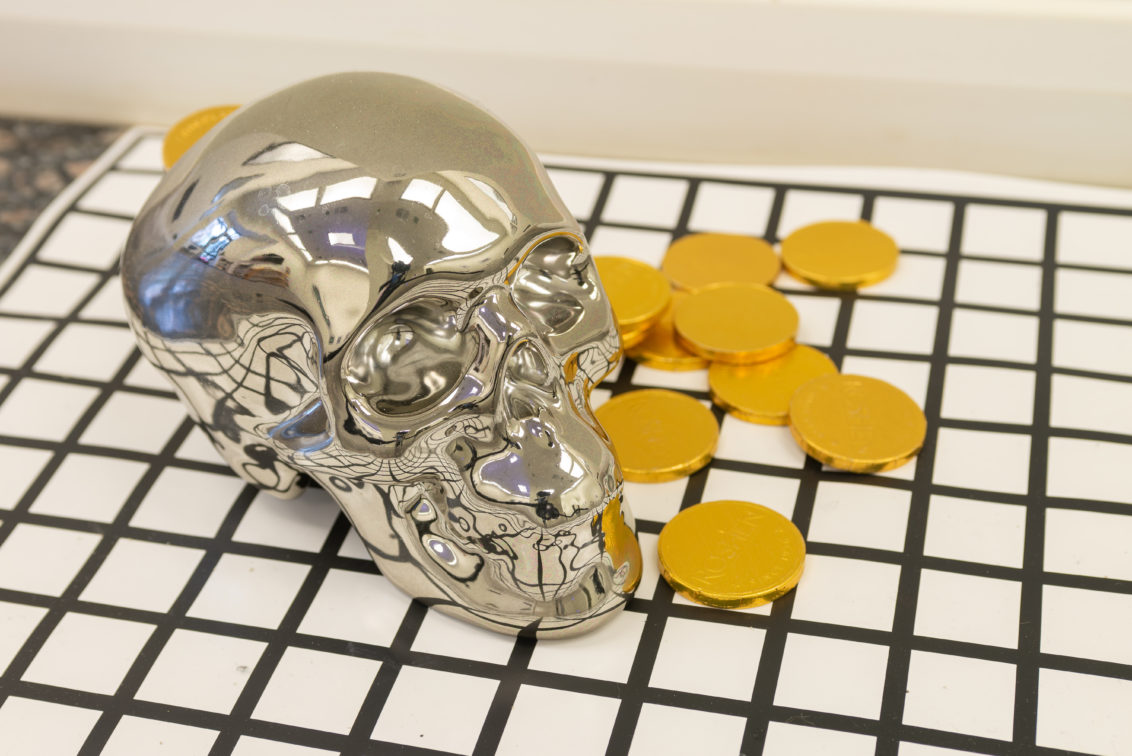 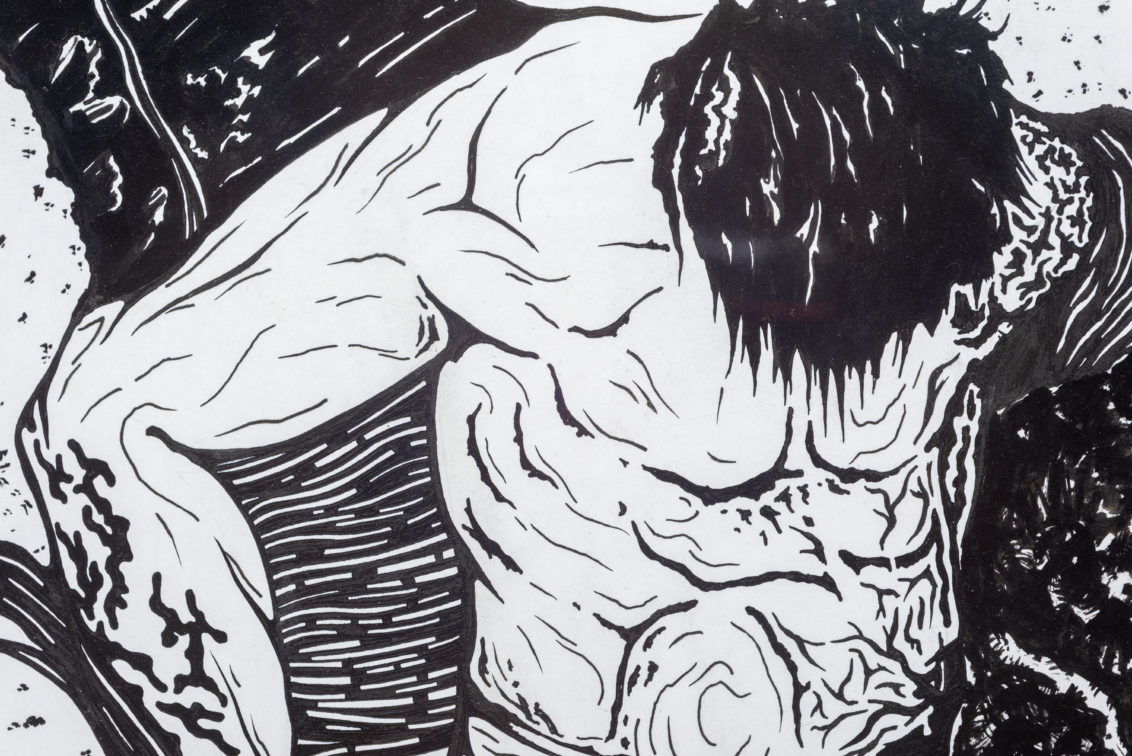 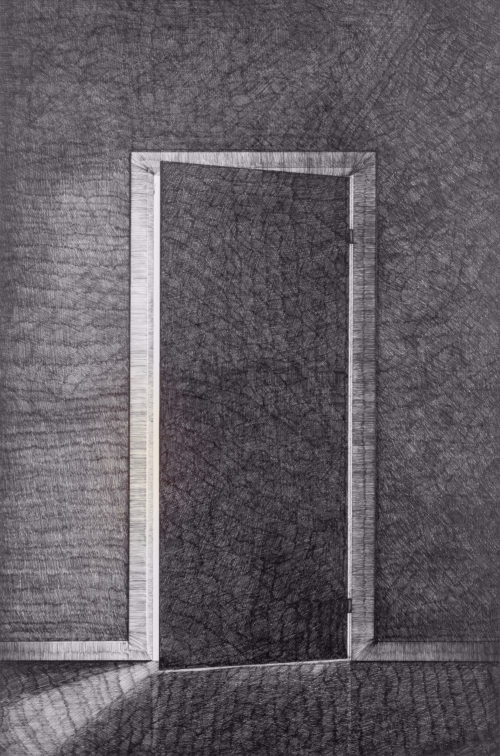 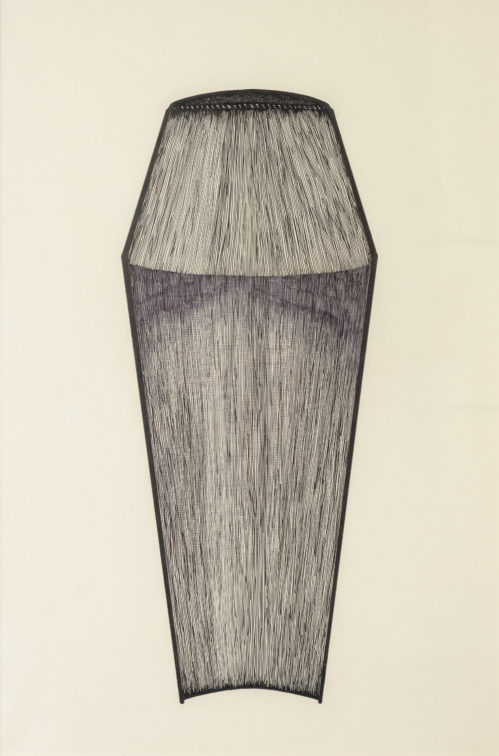 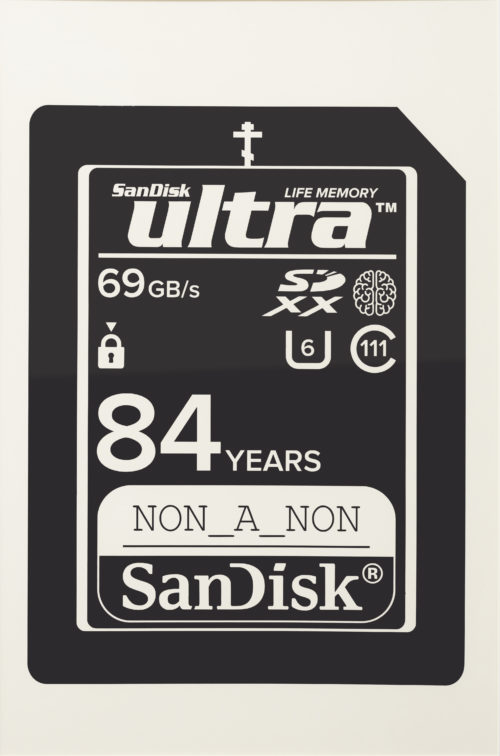 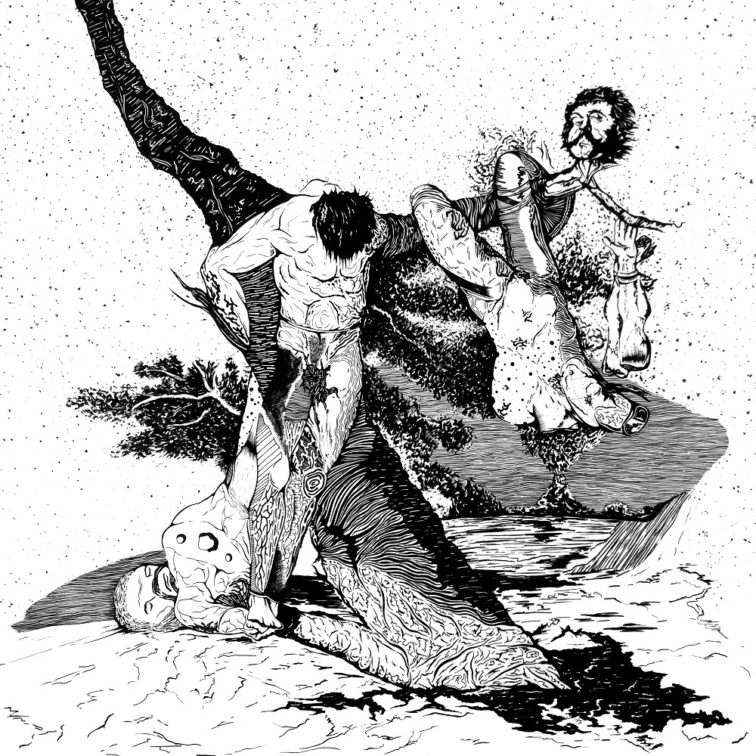 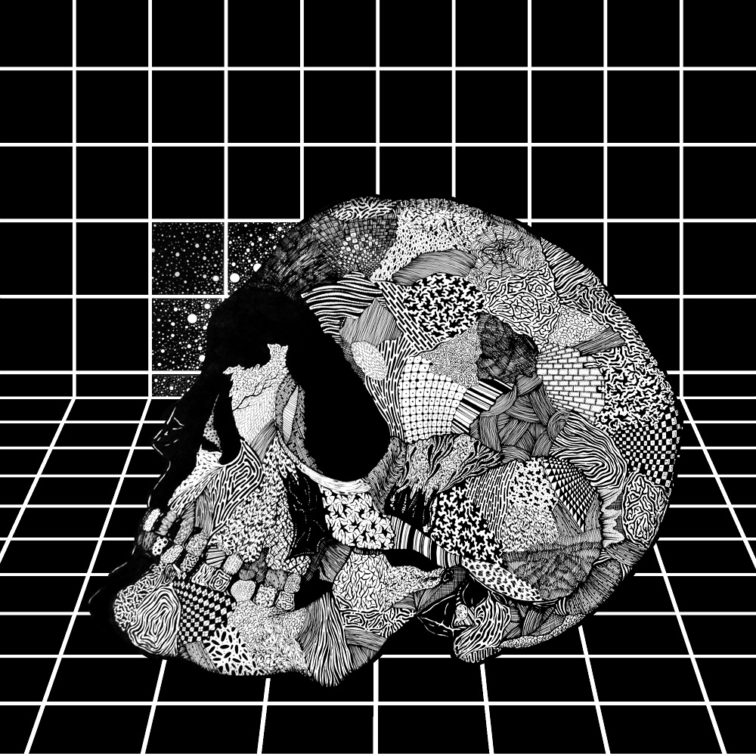 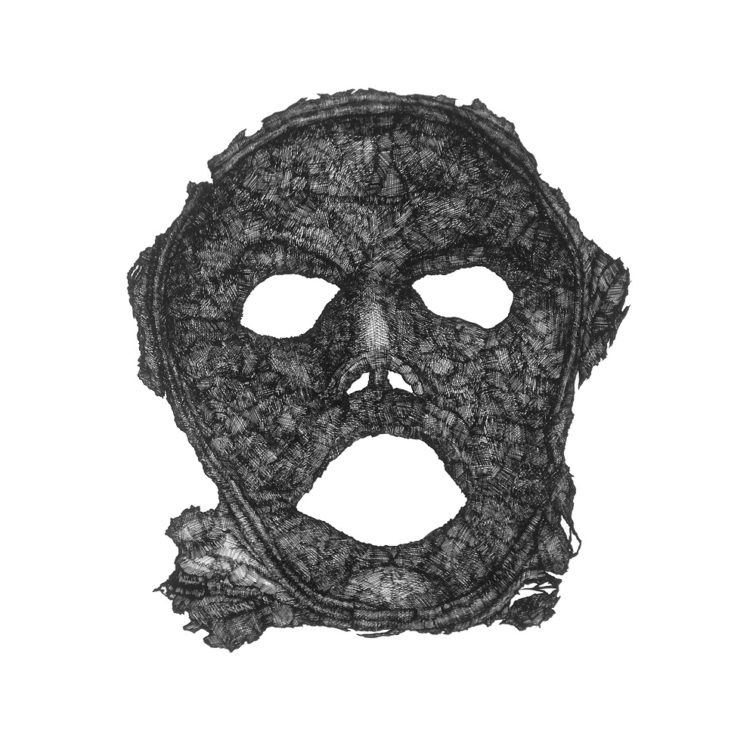 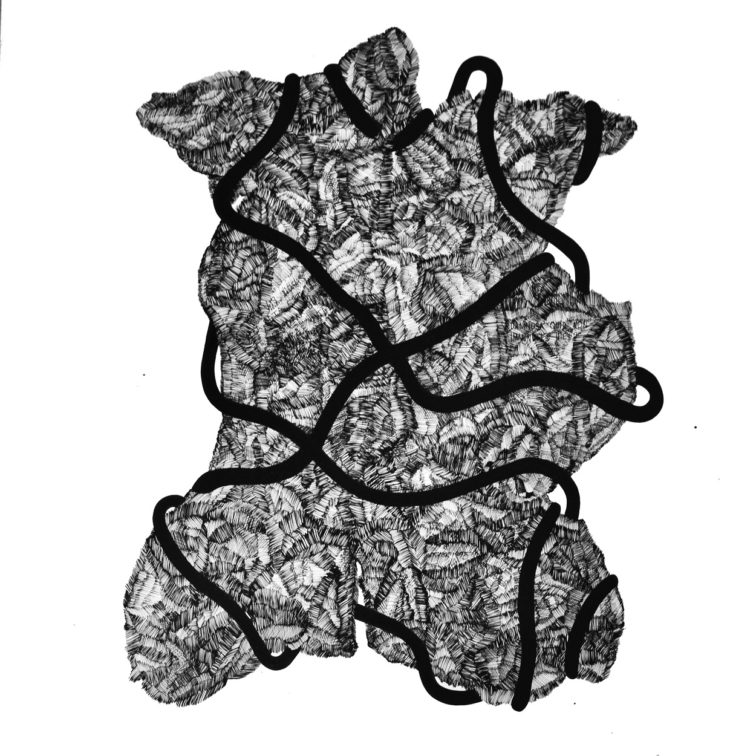 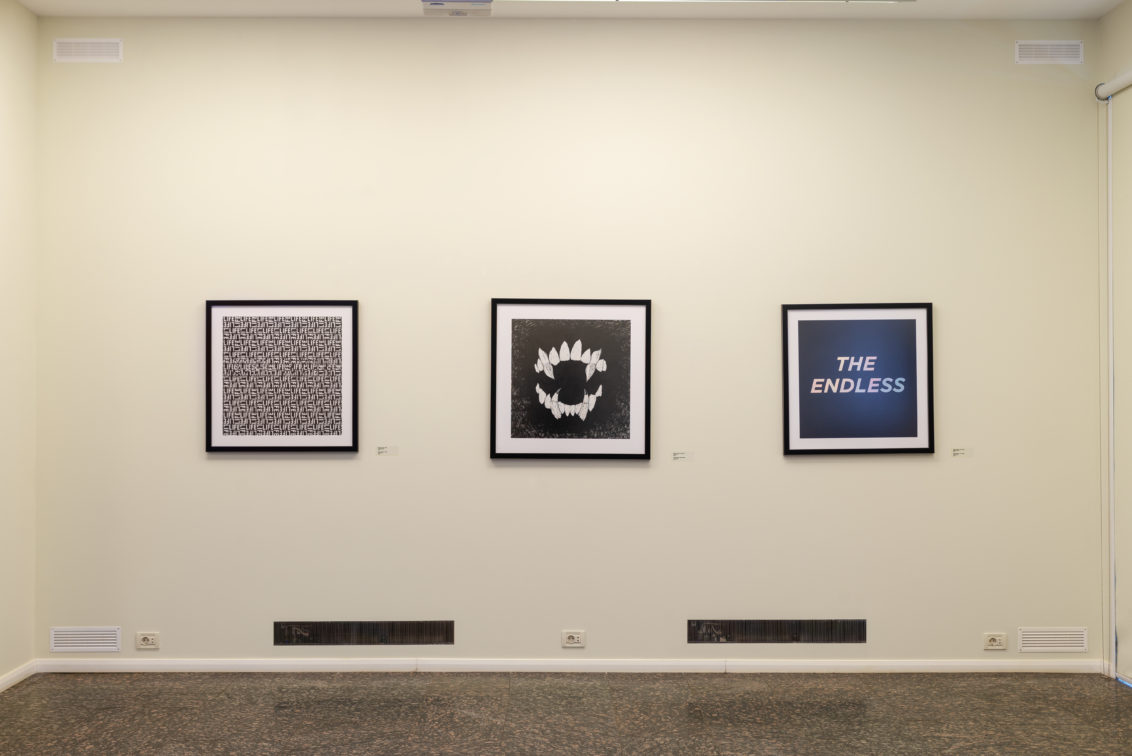 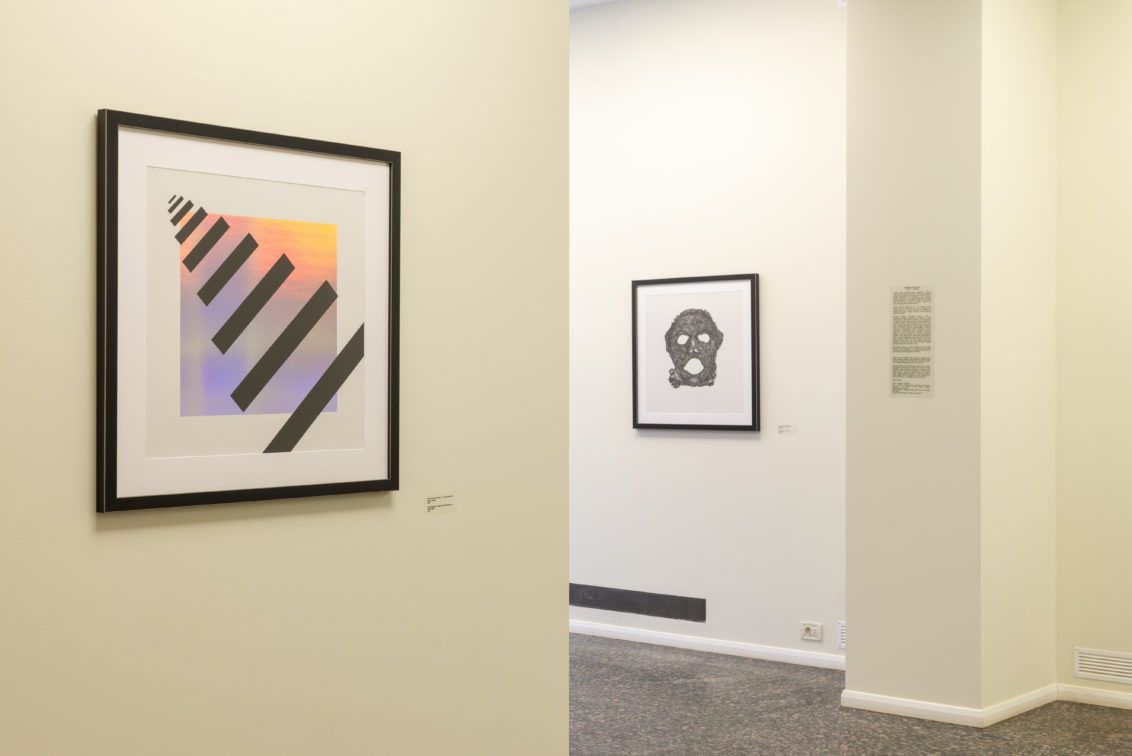 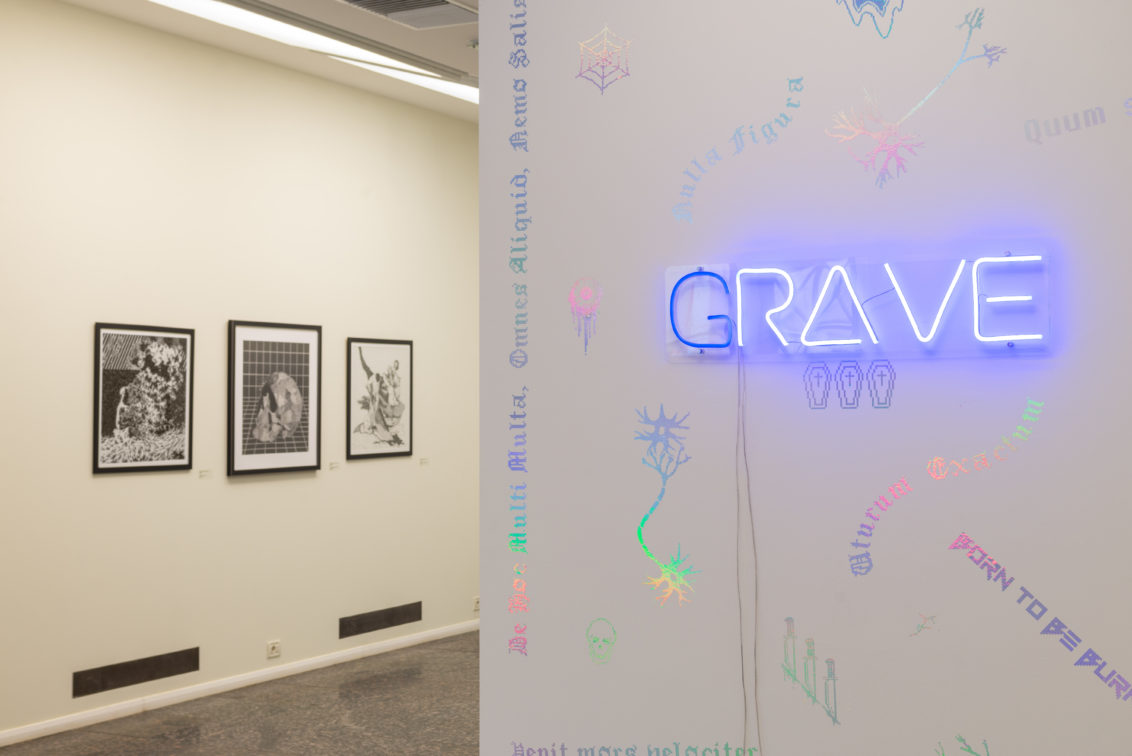 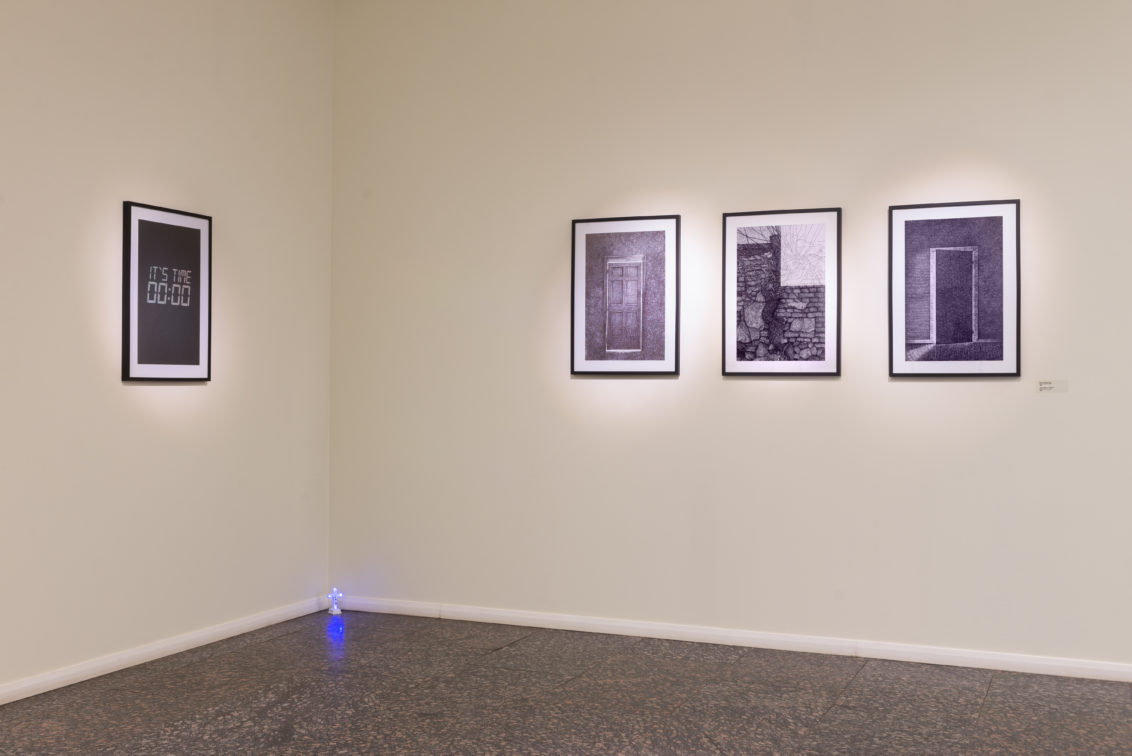 Dymchuk Gallery presents Deathtopia project – an exhibition of graphic works by Vitaliy Agapeyev. The title itself reflects the main motive of the artist’s research: the place of death in culture and the ways of coexistence with this frightening, but inevitable phenomenon. Why is it so difficult to accept our own mortality? Is the avoidance of the theme of death in everyday life an element of naive utopian thinking? And if so, where to look for an alternative to this collective illusion?

“It’s hard to admit that you are constantly moving. This is symptomatic both for the individual and for the society as a whole. The raised dissonance between the real and the imaginary entails infantilism and a mess of constant conflict that generates a society of constant readaptation, which feeds on the myth of utopia. The turning point after the proclamation of the New Middle Ages, initially by Novalis, then later by Umberto Eco and others, never came. In the orbit of everyday life, there are wars, conflicts, clericalism, epidemics and cataclysms. The only difference is that dance macabre was transformed into a more relevant rave macabre and found other broadcast platforms.

Culture tries to eliminate death as much as possible from everyday life through the carnival and integration into mass culture. But the illusory shield, made of cryonics, digitization of consciousness, gerontology and other quasi biological practices cannot protect from the arrows of eternity. In order to keep our reputation in an irreversible condition, we need to stop the naive denial and recognize the impossibility of utopia with cold calm. For the sake of rejecting the romanticism of dystopia and establishing a permanent state of deathtopia.

Neither the emergence of new media nor the history of art can break the relationship between death and two imperatives of its image: consolation or intimidation. After all, the entire surface on which these two points are located does not cease to rely on the human skull. And the matter is not in its versatility, but in the subtle relationship with the sacrifice of worship, which spans hundreds of thousands of years. The relationship that arose in early times as a psychological reaction to the necessary death of someone for the sake of the salvation of the entire group. This algorithm was easily transformed into a sacred necessity at the start of civilization and, undoubtedly, reached its climax through Christianity. Cultural devaluation of the present reverses the image of the lamb to its origins and again transforms it into the bones of the tribe. Every accessory or print with a skull and other morality symbols is tolerant and tenderly assuring us: “Today is not your turn, everything is ok, relax, happiness is always near.” However, none of the carnivalized images of death have nothing to do with the real (non) being. Actually, as well as hints of utopia.

Death causes objections, as all that is unknown. After all, despite the technological progress of mankind, this phenomenon is completely inaccessible to analysis. In parallel with this, in order to reduce the excessively inflated degree of pride, the transition to eternity deprives homo sapiens of hegemony to creativity. Death unselfishly transmits material for work to inhumane agents – bacteria, temperature, humidity and others – and they carry out their task always without fail. And where we see only emptiness, the whole creative workshop of nature opens.

The boundless entropy background signals the futility of the false clinging for its own biology. However, it does not override other variants of existence in time and space. Only a new type of person can continually draw energy from it and convert it into a continuous creative process through a rational interaction with the noosphere. Infect others and thus give them eternal life in their own works in the midst of defeated deathtopia. And, with the rest, turn the oppressive memento mori from the Damocles sword into another reminder that every second of life is a necessary occasion for happiness”.

Vitaliy Agapeyev 1989 – Born in Ternopil; 2012 – graduated from the Ternopil National Pedagogical University. V. Hnatyuk, Institute of Arts, Department of Fine Arts; Free artist, co-owner of the Square Na brand and the cloud-design firm Ideath. Participant in many exhibitions in Ukraine and abroad. → ∞.