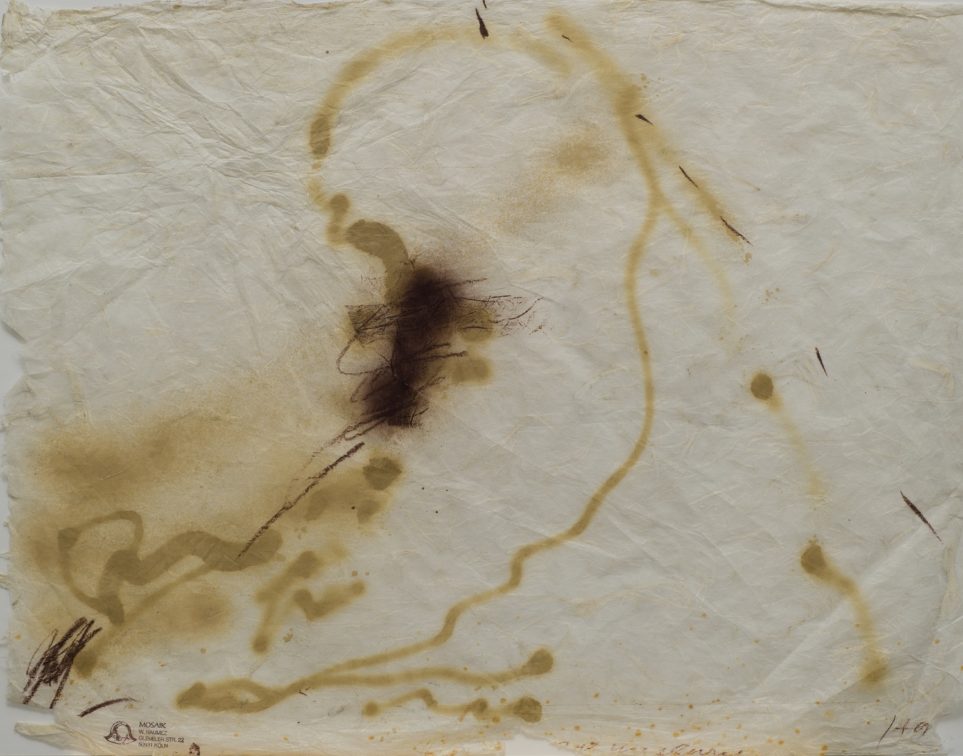 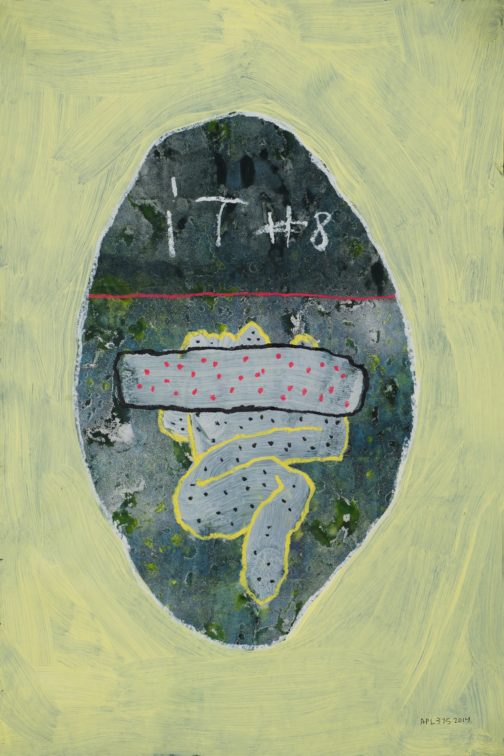 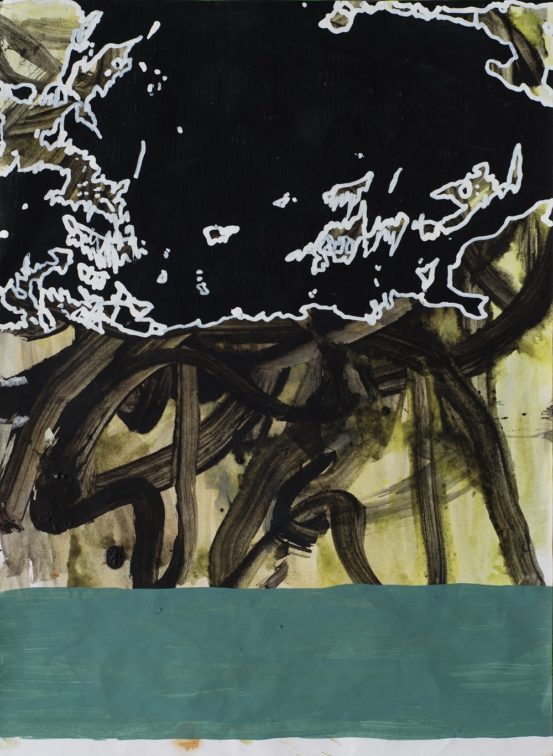 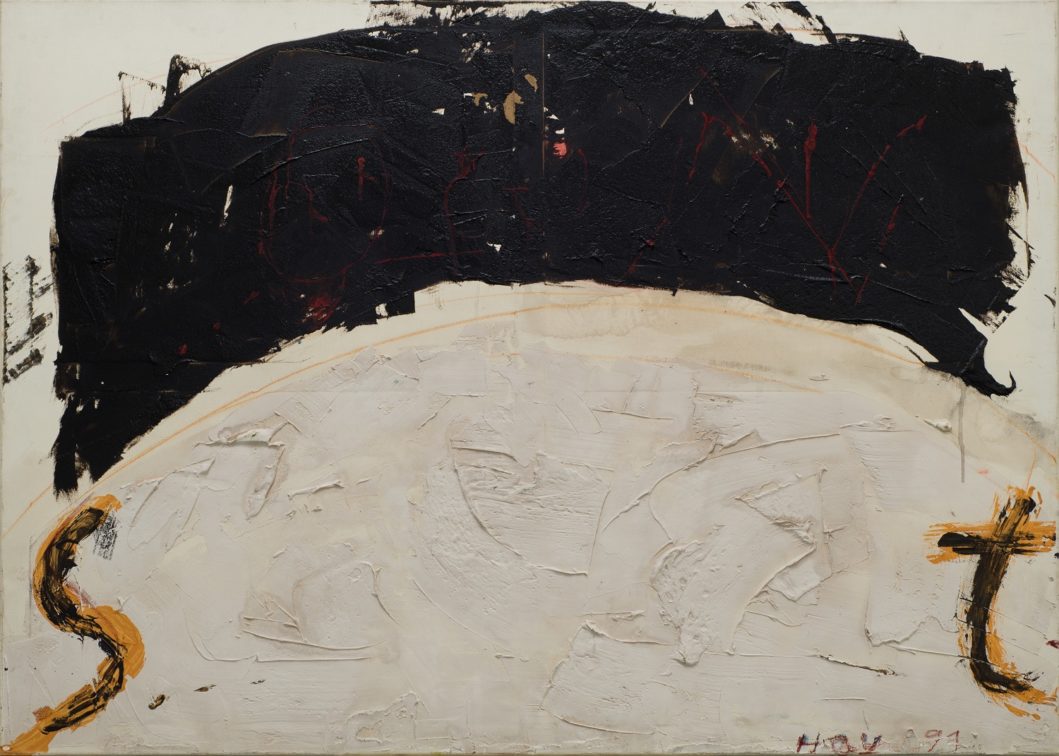 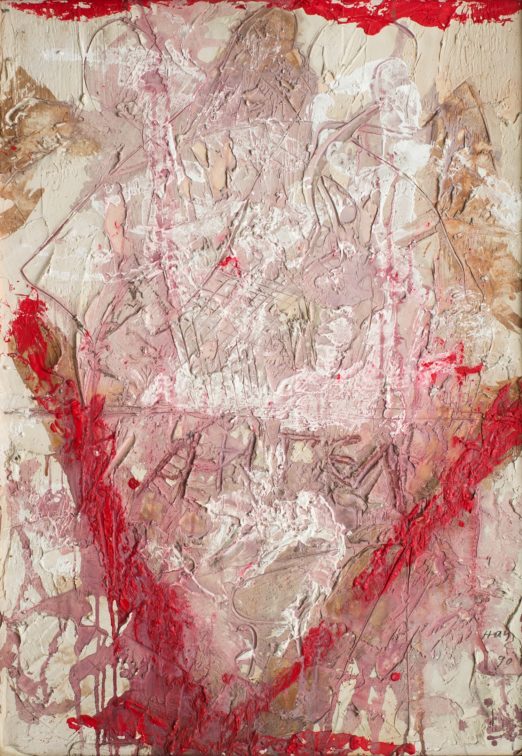 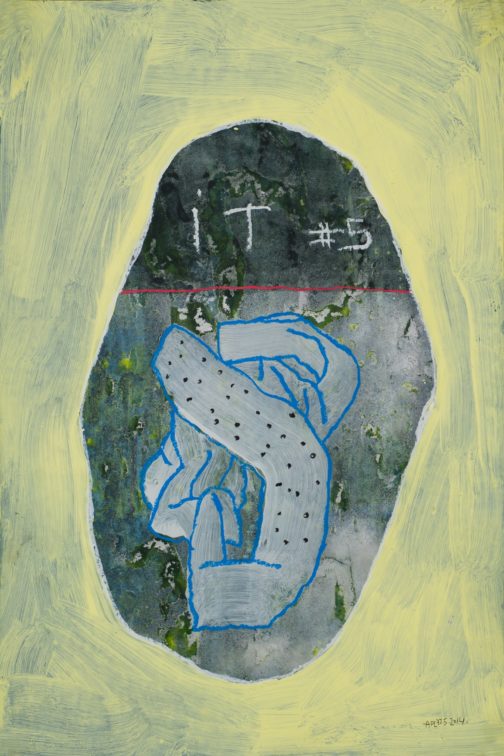 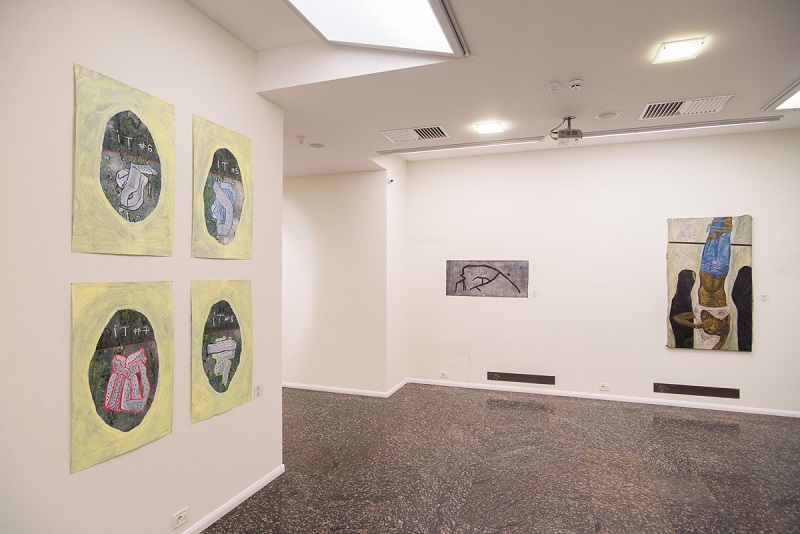 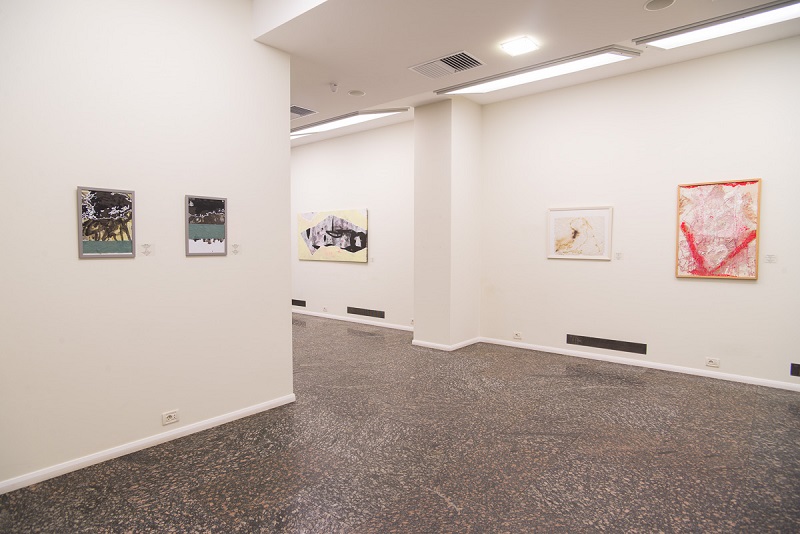 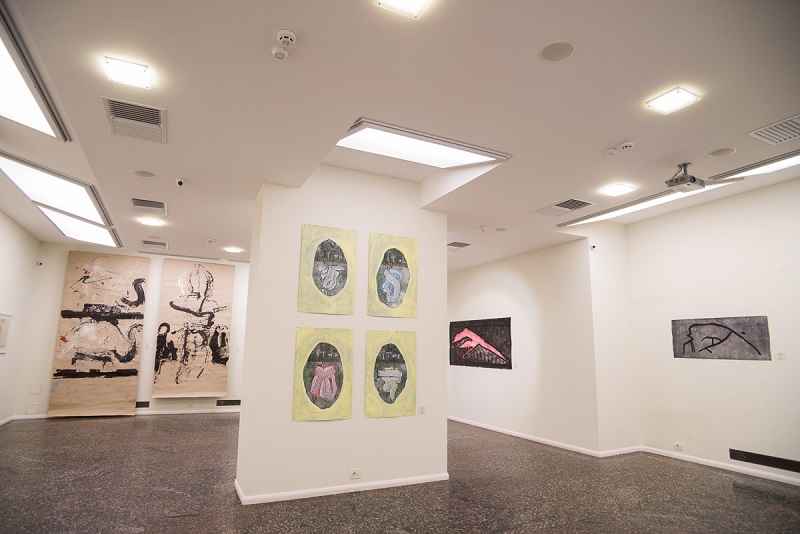 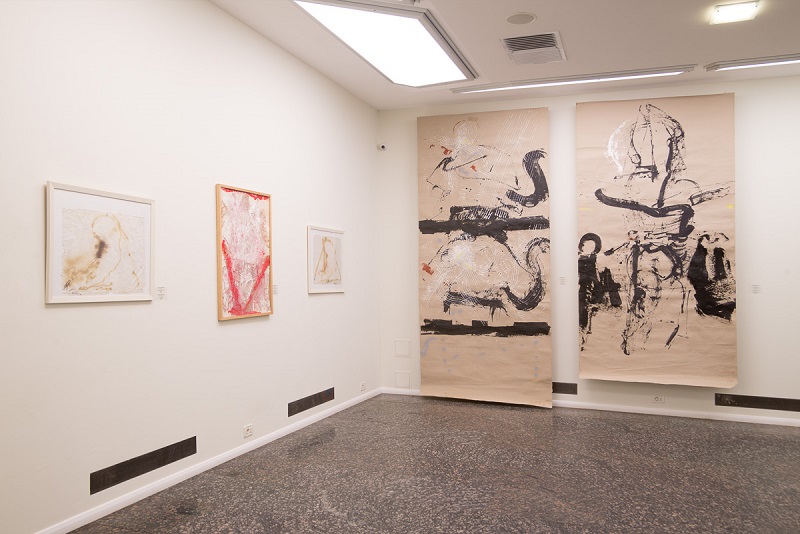 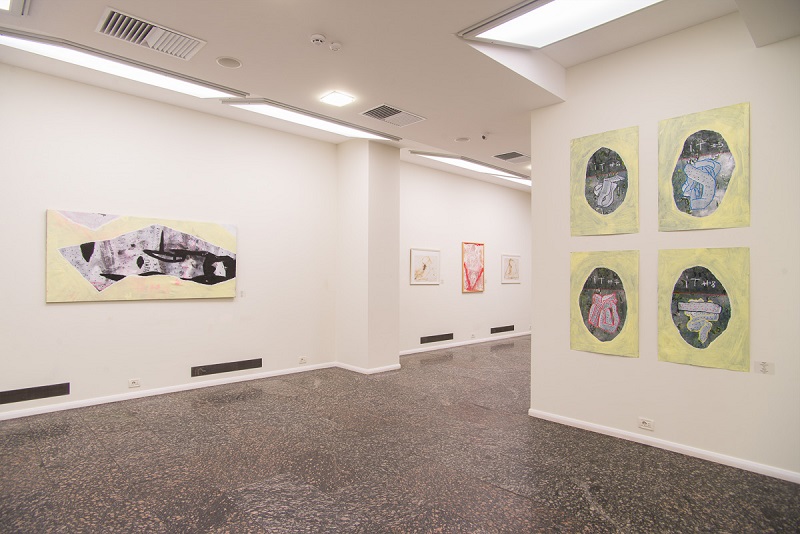 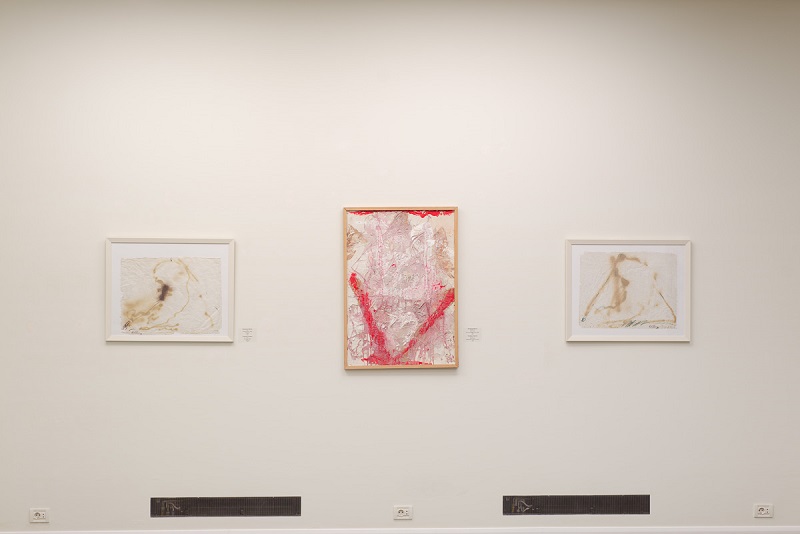 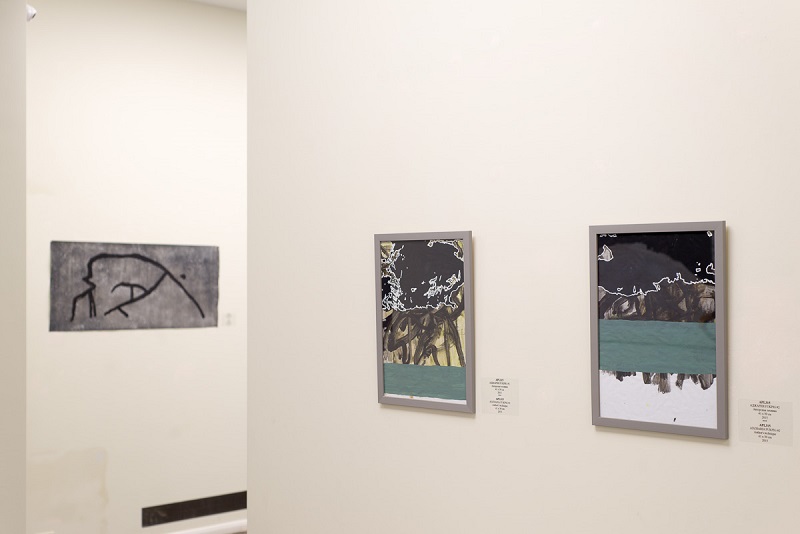 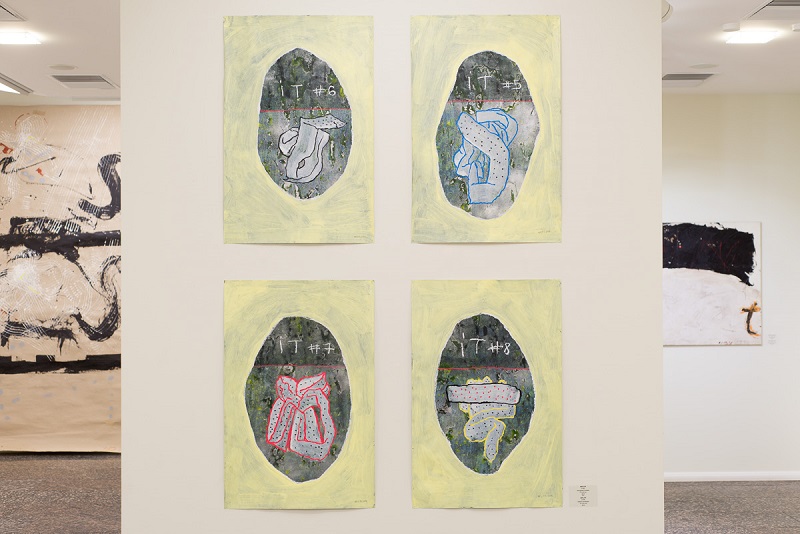 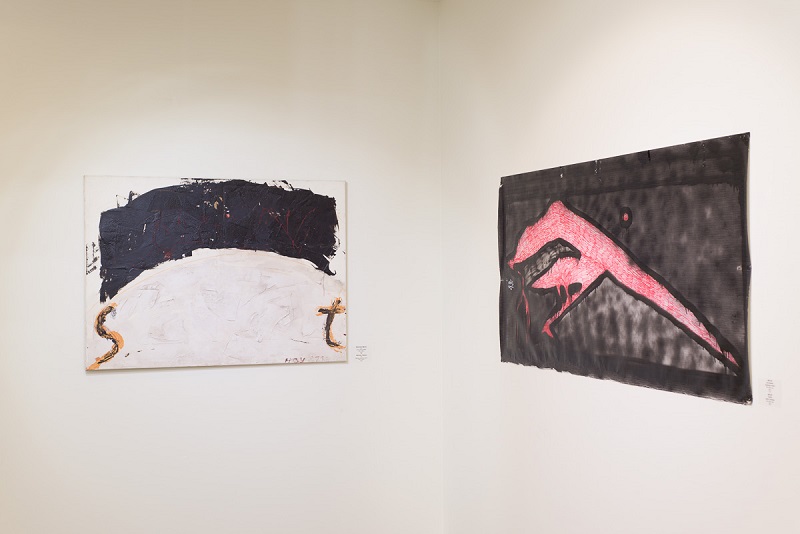 Dymchuk Gallery opens the second exhibition within the «Constellations» series. The show features the works of such Odesa artists as Volodymyr Naumets and APL315 who belong to different artistic generations.

The project «Constellations» is intended to be a series of exhibitions that juxtaposes artistic practices of Odesa nonconformism representatives of the 60-80’s with the creative pursuits of contemporary Ukrainian artists. The first “Constellations” show was held in Dymchuk Gallery in March, 2015 and presented the oeuvre of two outstanding Odesa artists – Yuriy Yegorov and Aleksander Roytburd.

It is hard to detect any other two artists in the history of Odesa’s art of the last century that are so akin and at the same time so different to each other. Volodymyr Naumets is primarily known for his challenging conceptual performances of the 1970-80-ies and also for creative endeavors that led to the merging of abstract art with the traditions of Russian icon-painting. APL315 is a pseudonym or a nickname hiding an entomologist by training who is actively and consistently engaged in graffiti painting and also experiments with the traditional medium – oil on canvas.

Artistic practices of these artists are common in their passion to experiment and their rejection of the conventional framework. Escape from the figurative image, textured surface of the painting (whether it is canvas, wood or paper), expressivity, which is combined with balanced image, minimalistic colour-grade are outstanding characteristics of Volodymyr Naumets and APL315 method. However, APL315 and Volodymyr Naumets have very different mindset. The former is concerned with social issues and derision of total social mediality. The latter is entirely focused on “spirituality” and individual’s existential experiences.

The decision to juxtapose artistic practices of Volodymyr Naumets and APL315 is imposed by the interest to the formal similarity of their pieces and the possibility of interaction between different paradigms that represent two generations of Odesa artists. The result of this constellation is unpredictable and largely depends on the viewer’s experience.

Volodymyr Naumets (1945) is an artist, a representative of the Odesa nonconformism. In 1959 graduated from the Odessa Art School (studied under M. Zaitsev with fellow practitioners V. Khrushch, V. Strelnikov, E. Serpionova). In 1964 graduated from the Odesa State Art College named after Grekov, where he studied with V. Marinjuk, L. Yastreb, V. Tsjupko, S. Sychov. In 1964 graduated from the Stroganov Moscow State University of Arts and Industry (Russia). Since 1976 – an active member of the creative association “Moscow Committee of Graphic Artists”. Naumets is a member of the unofficial exhibition «Contemporary Art from Ukraine» (Munich – London – Paris – New York) (1979). Artist’s works are in private and museum collections in Ukraine, Russia, Germany and other countries. Volodymyr Naumets lives and works in Germany since 1980.

APL315 (1986) is a graffiti artist. In 2008 graduated from the Department of Biology  of the Odessa I.I.Mechnikov National University. Participant of international residences (Seoul, South Korea) and exhibitions (Hungary, Germany, France, Korea, Azerbaijan, Poland). Since 2000 works as a street artist; since 2006 collaborates with galleries and exhibition spaces. APL315 lives and works in Odesa, Ukraine.