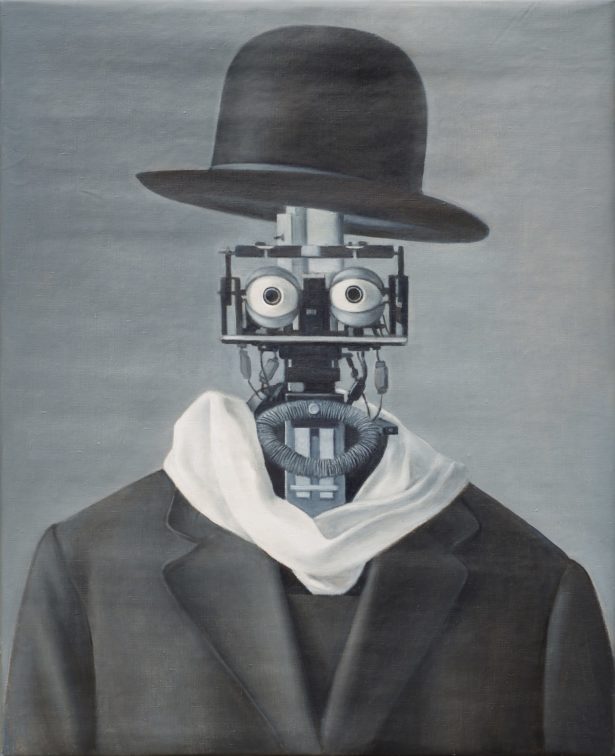 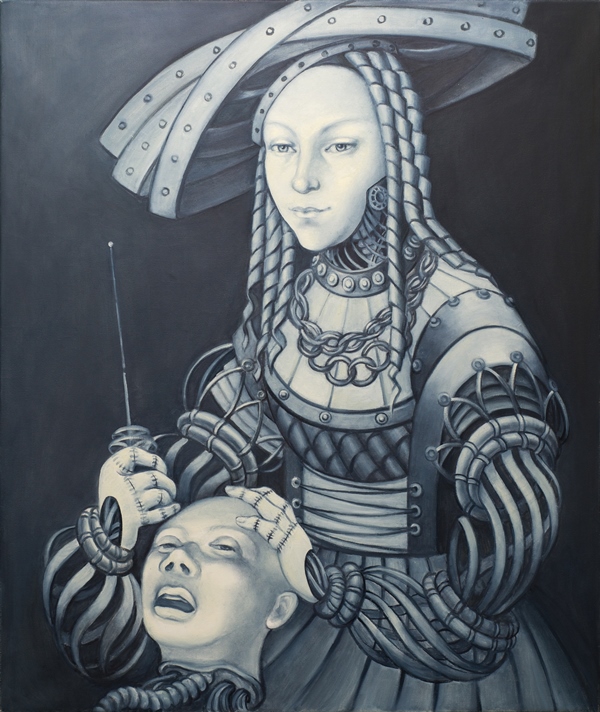 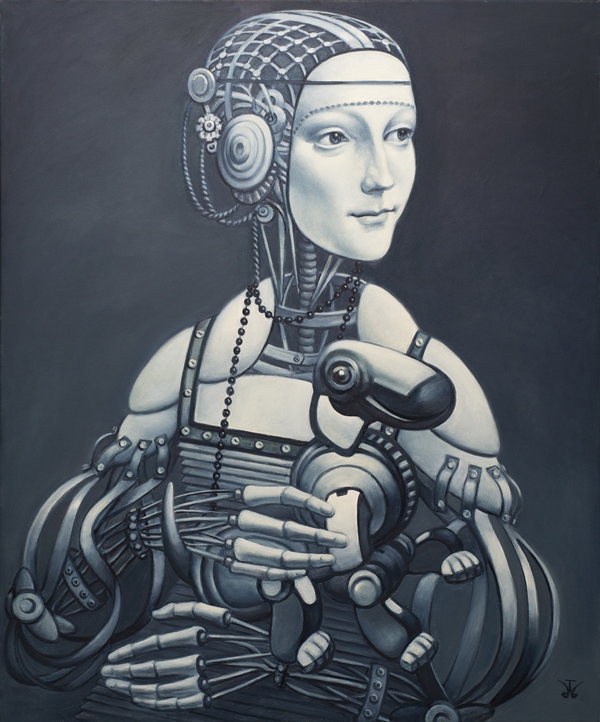 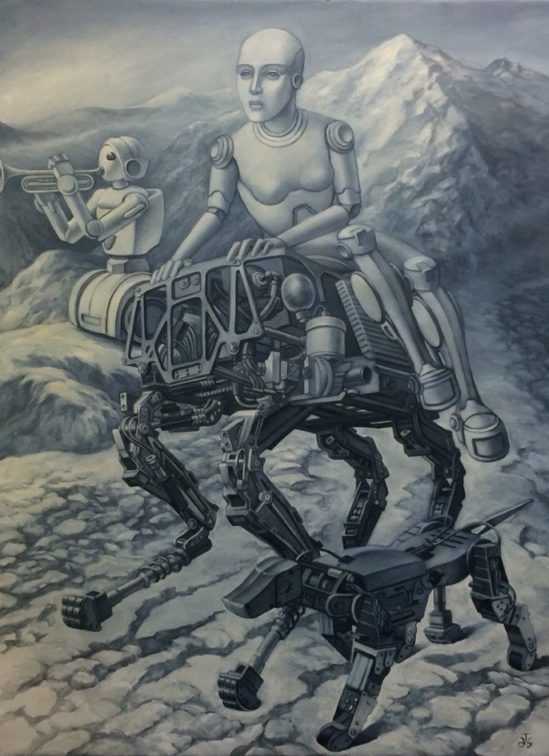 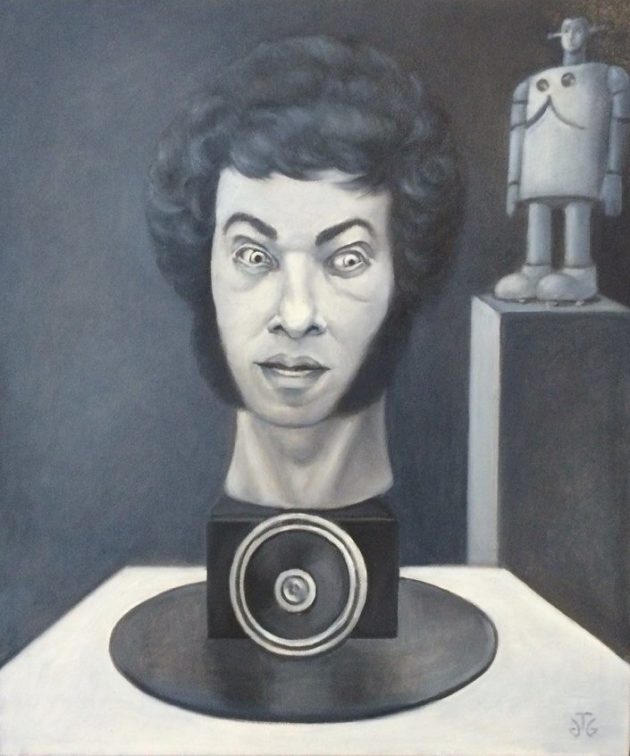 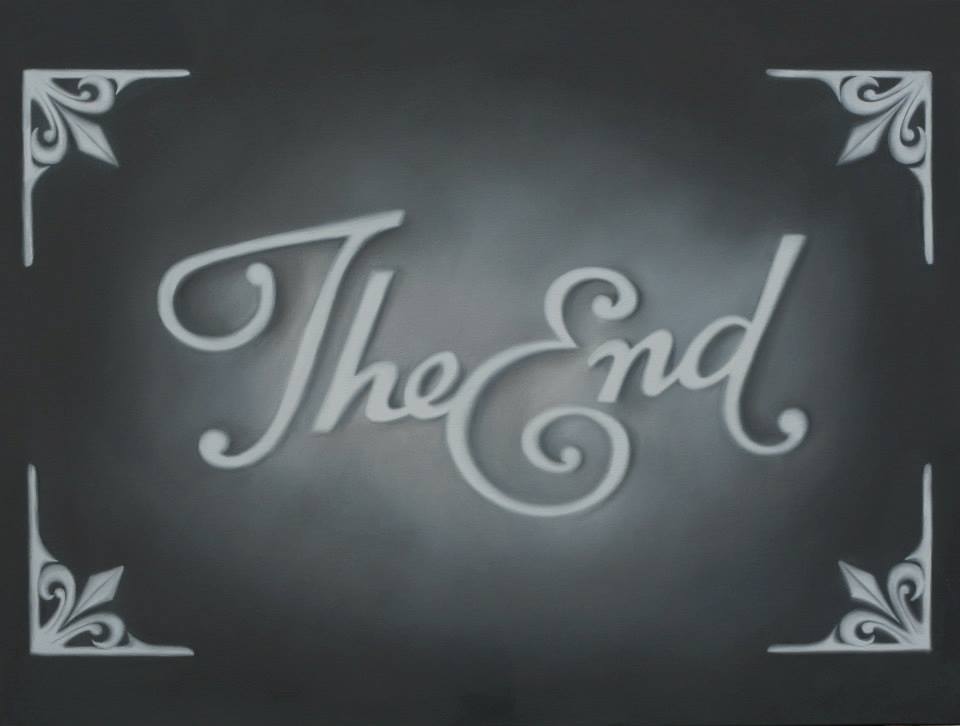 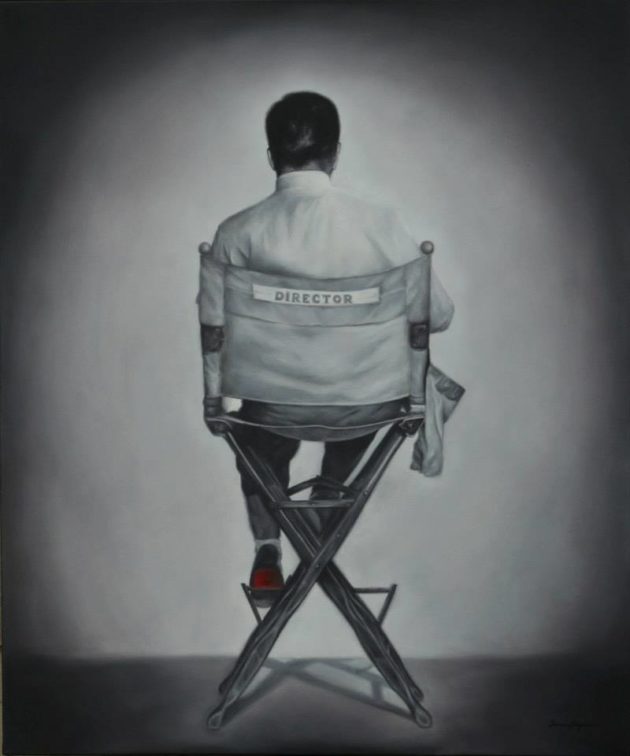 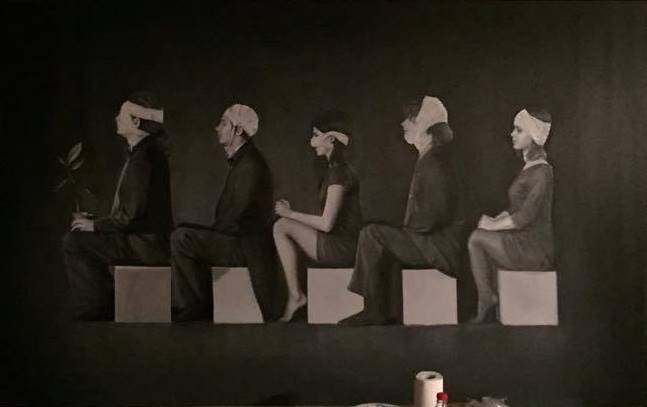 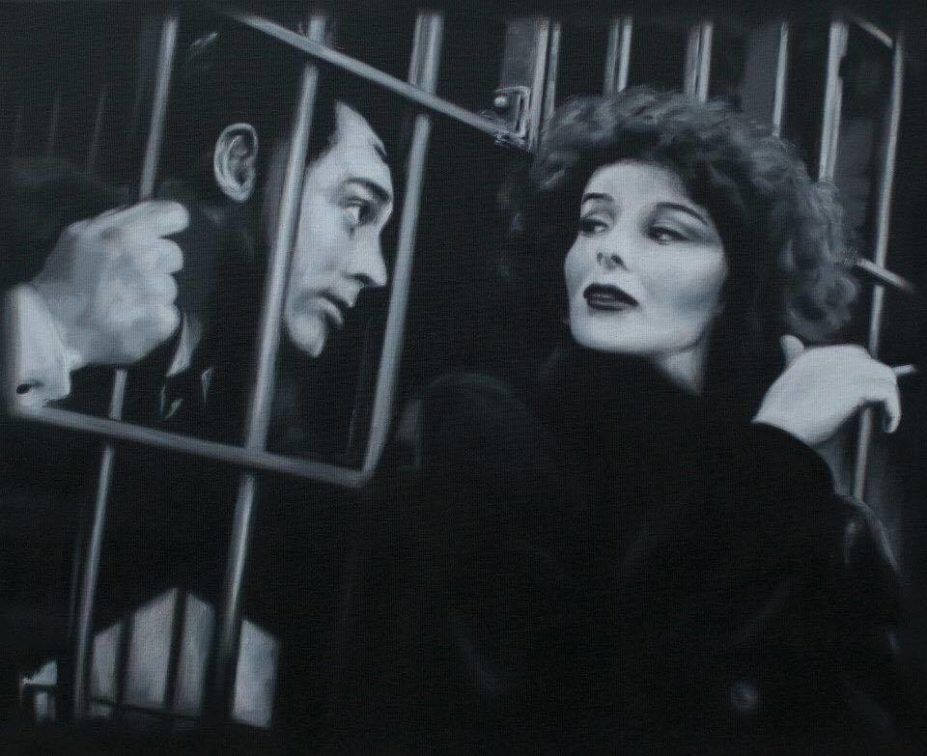 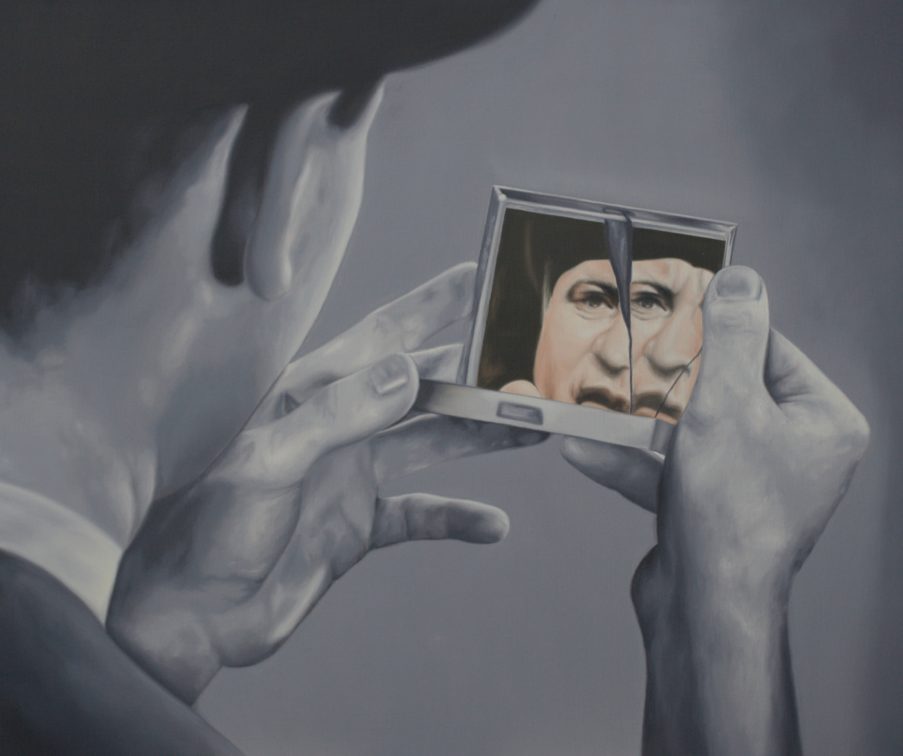 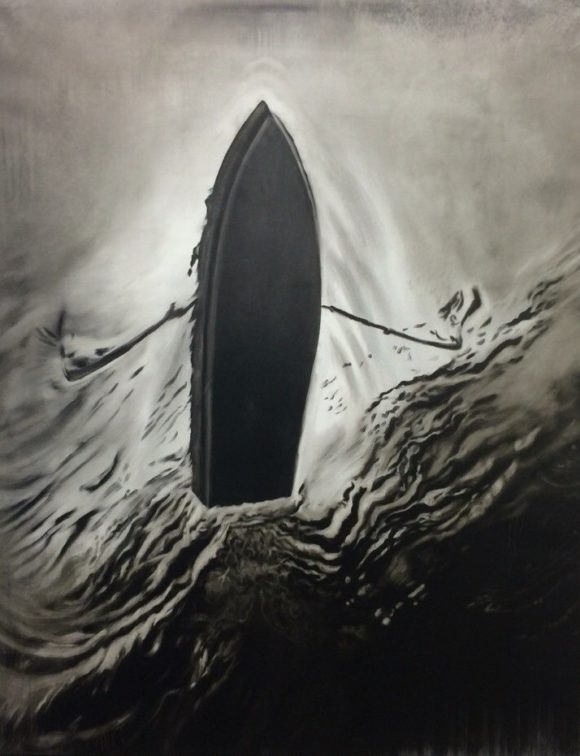 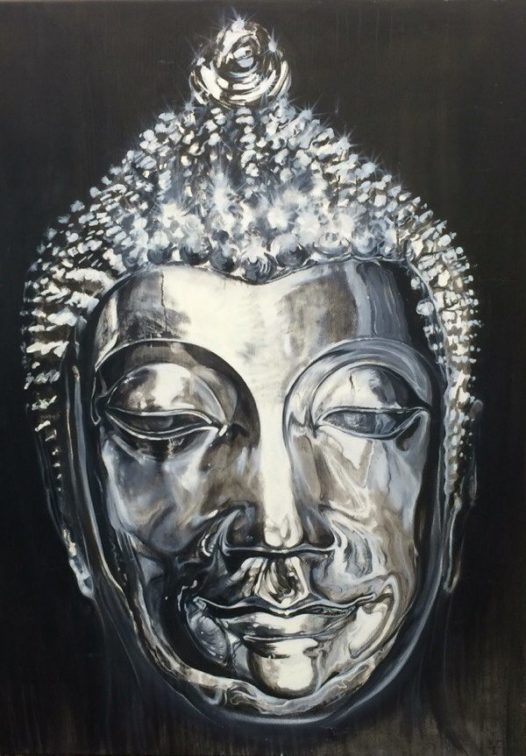 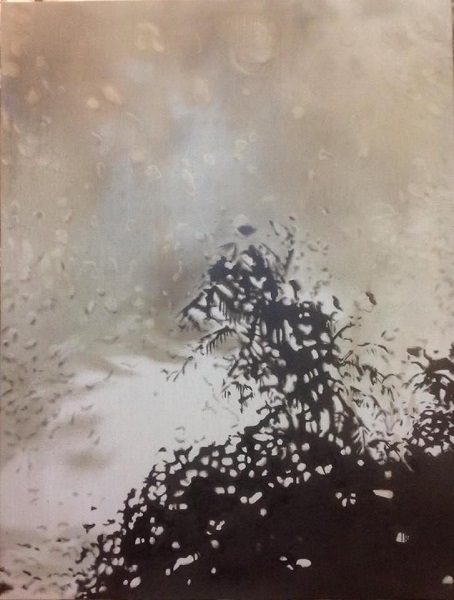 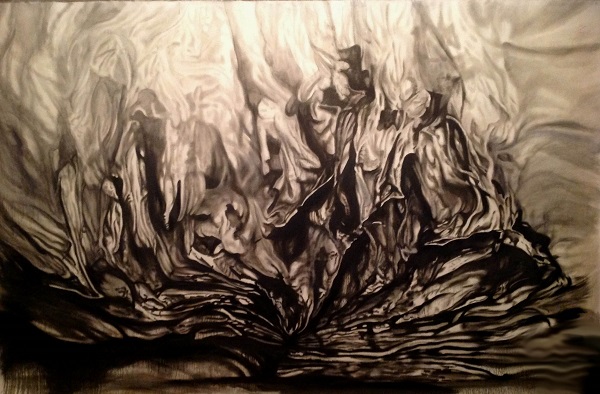 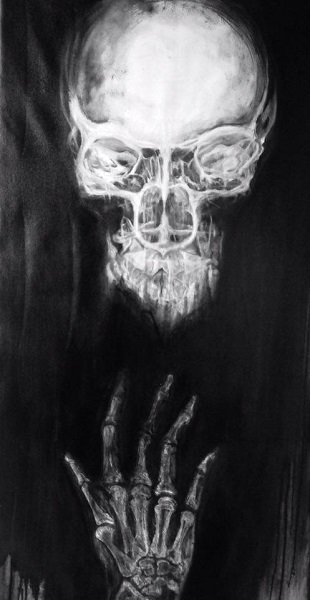 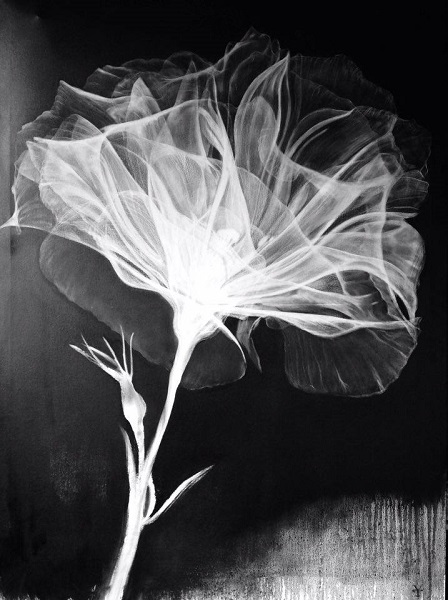 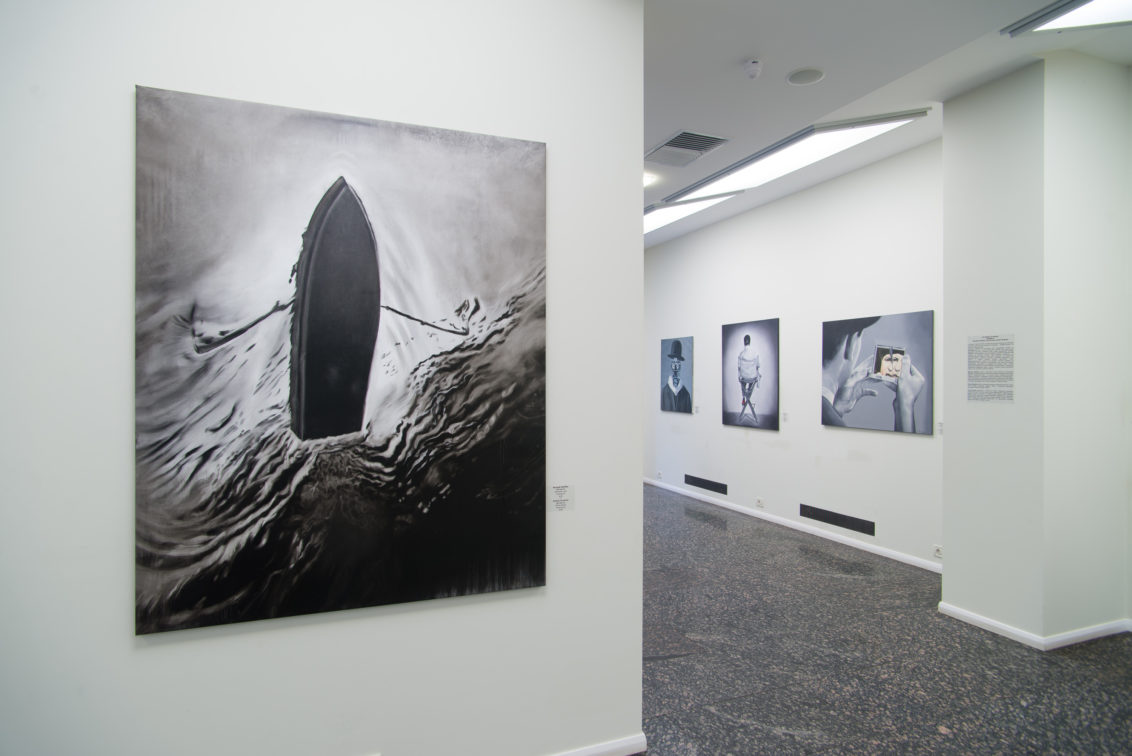 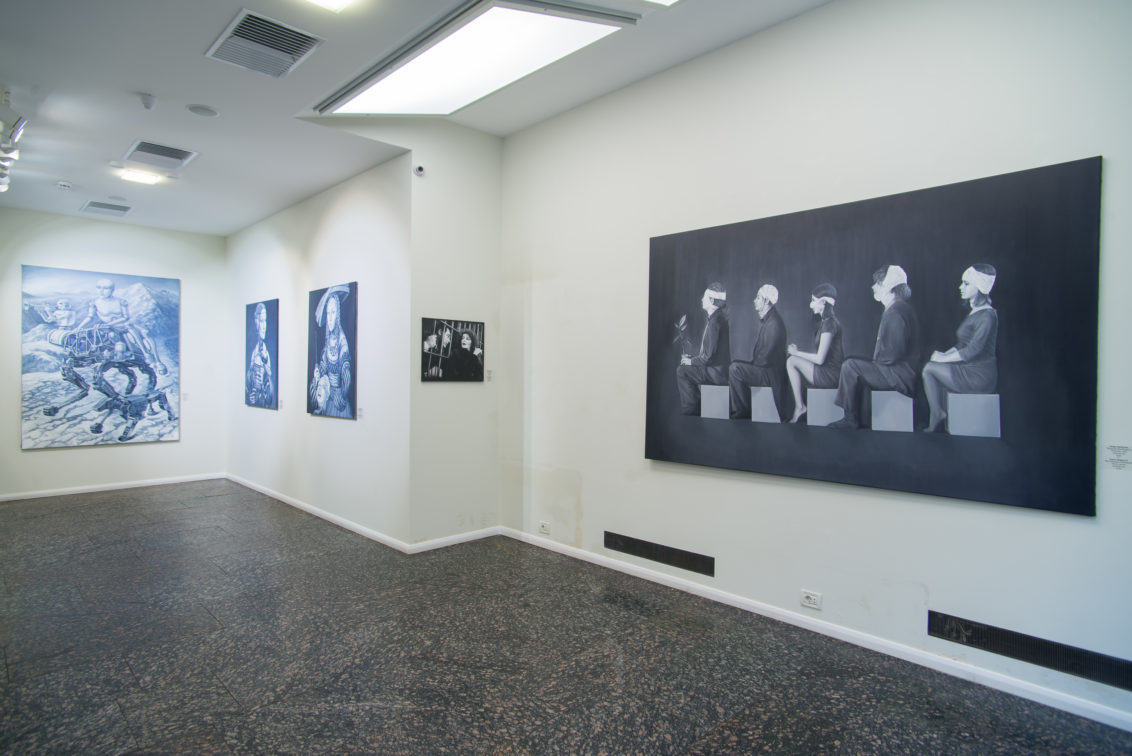 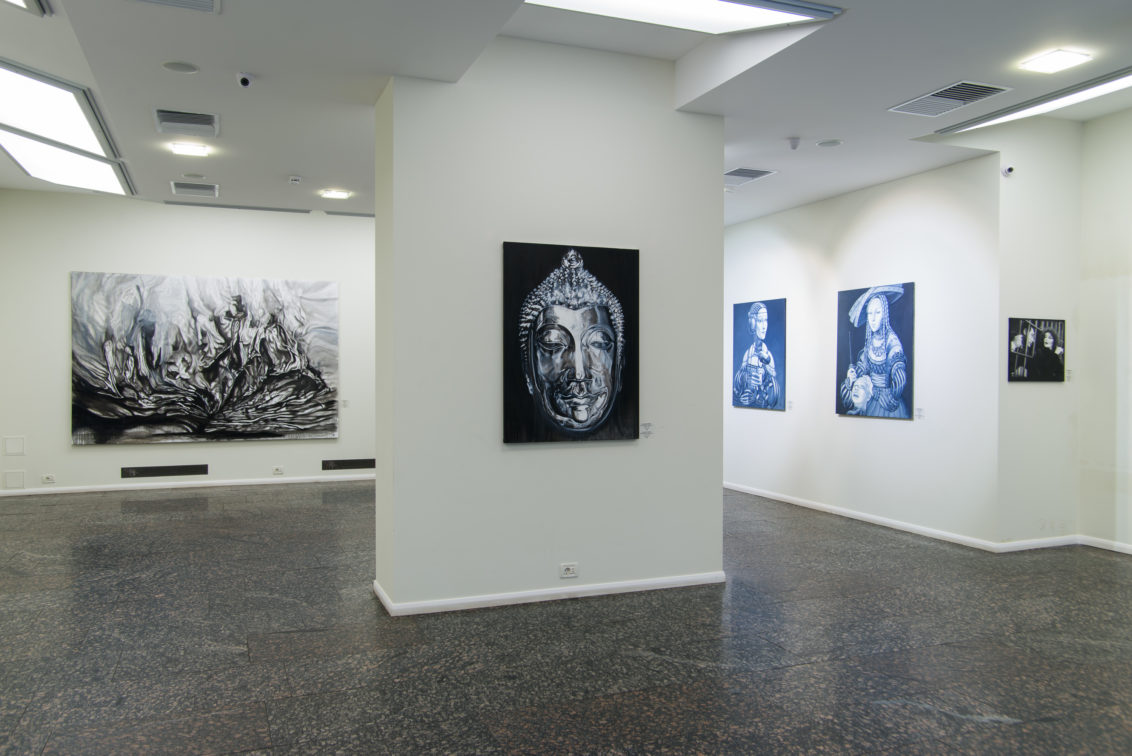 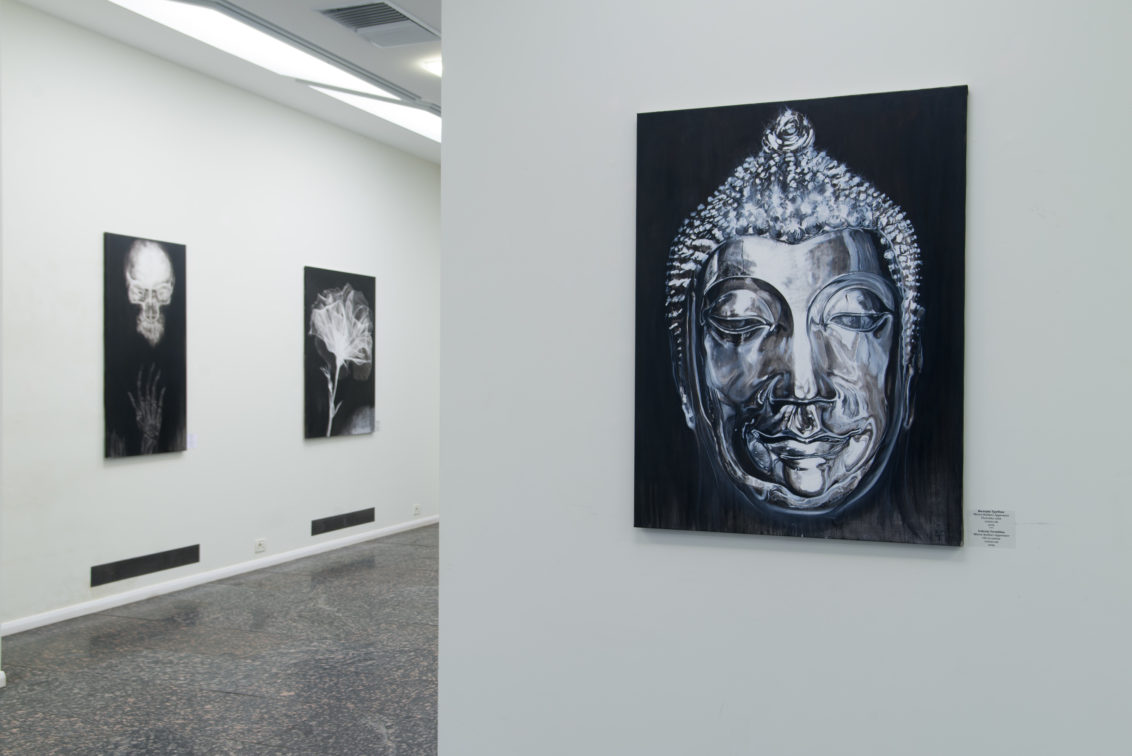 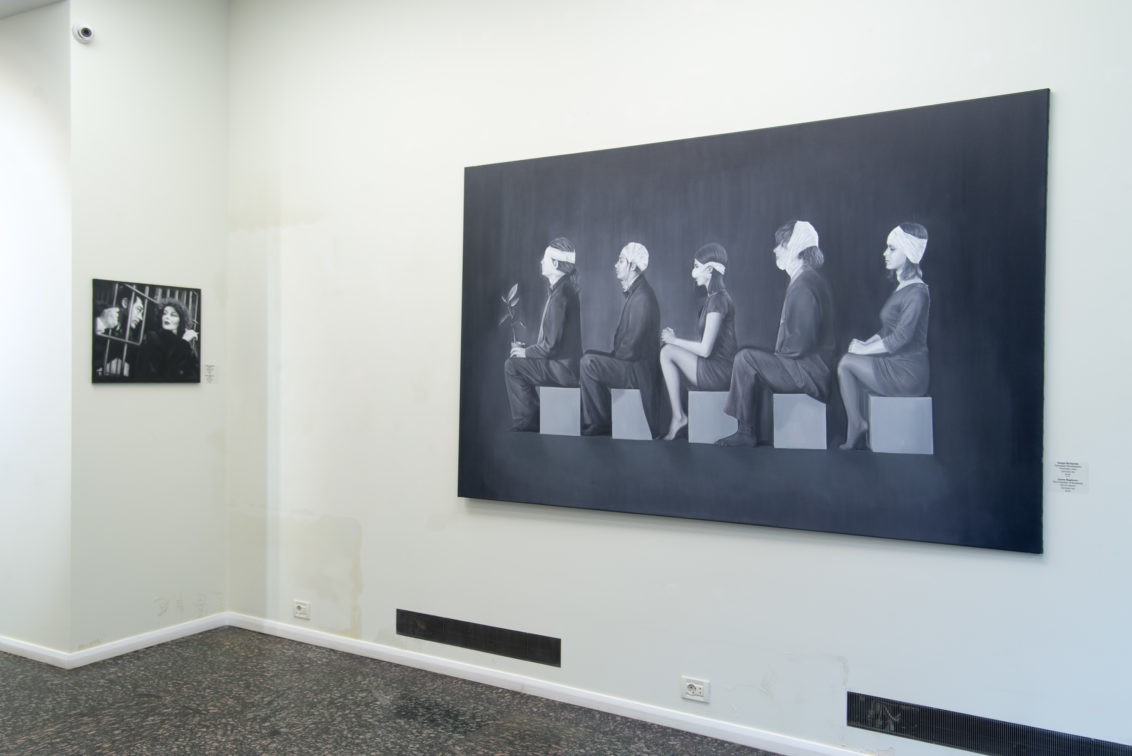 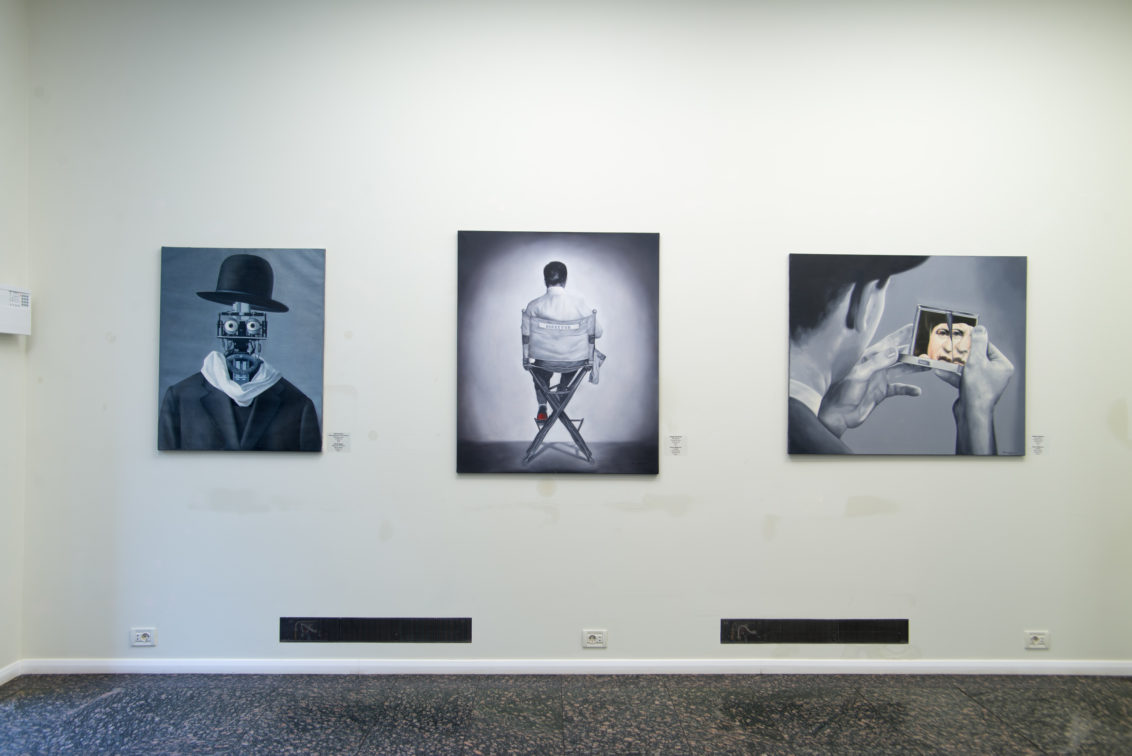 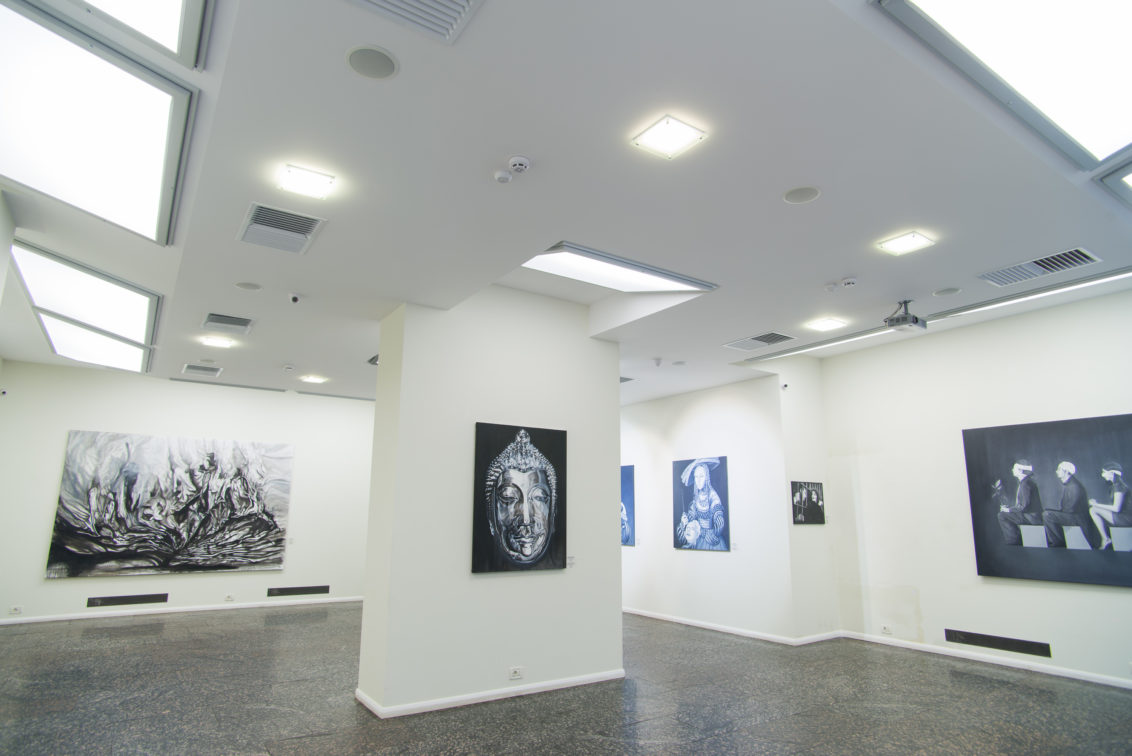 On the 26th of May Dymchuk Gallery opens a group show “Classified” by three Ukrainian artists – Valeria Trubina, Taia Galagan, Inara Bagirova.
A common motif for the artists is the reduction of color to photographic black&white in a series of paintings on which they had been working during the past year. However, a formal method is probably the only similarity among their works, as the artists abide to their subjects and mediums. Inara Bagirova appeals to cinematic stories of the golden age of Hollywood and, by using photorealistic images, captures and recreates suspense that is in the air. Valeria Trubina presents a series of paintings alike roentgenograms that uncover the skeletons of objects and demonstrate their fragility and vulnerability. Taia Galagan constructs people-machines referring to the concept of a post-human, however using classic paintings of the age of humanism as prototypes to her works. Consequently, polyphony arises where every voice that sounds in unison with others can be easily distinguished.

Valeria Trubina (1966) – painter, author of objects and installations. Graduated from the Luhansk college of arts and the Kyiv State Art Institute. In the late 1980s – early 1990s, she joined the Paris Commune art squat. Trubina is said to be the muse of the Ukrainian Transavantgarde. Her works are in the collections of National Art Museum of Ukraine (Kyiv), State Tretyakov Gallery (Moscow), Zimmerli Museum, Rutgers University (New Brunswick, New Jersey, USA). Lives and works in Ukraine and USA.

Inara Bagirova (1979) – painter, works in the genre of photorealism. In 2002 graduated from Bogomolets National Medical University. Studied at the workshops of L. Rossovaya and A. Kolesnikov. Participant of international and domestic exhibitions. Lives and works in Kyiv.

Taia Galagan born in 1968 in Kyiv. Ukrainian artist, author of installations, objects, video and audio performances. She completed a course of theory and history of art at the NAVAA (1995). Got MFA (Master of Fine Arts) degree in painting at the University of Saskatchewan, Canada (2000). She taught drawing, basics of design, color theory in higher educational institutions of Saskatchewan and British Columbia (2000-2007). Lives and works in Kyiv.