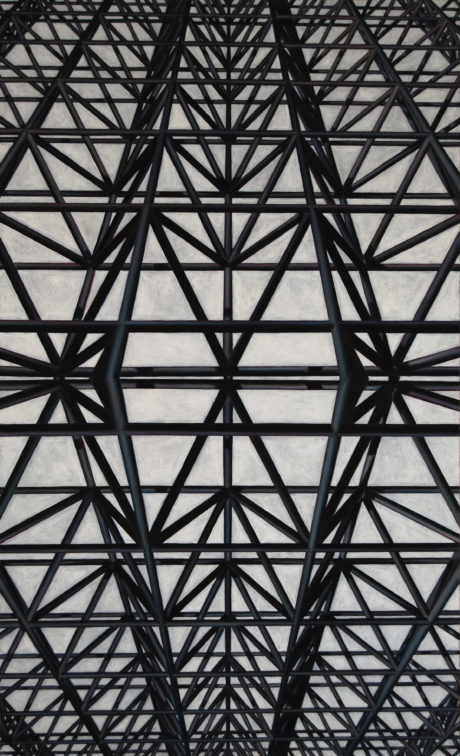 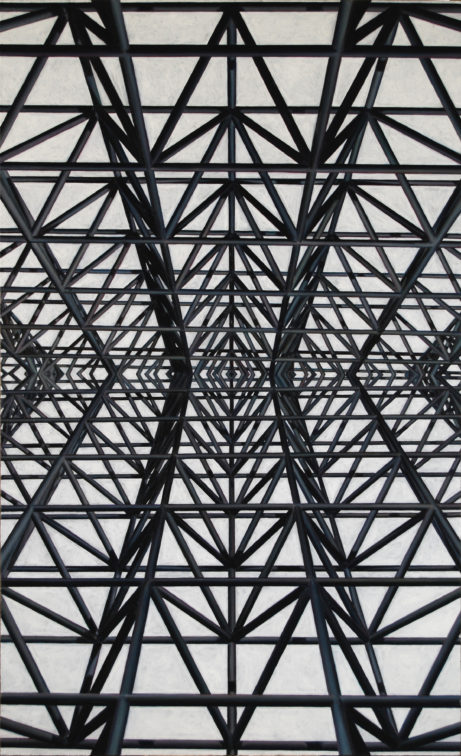 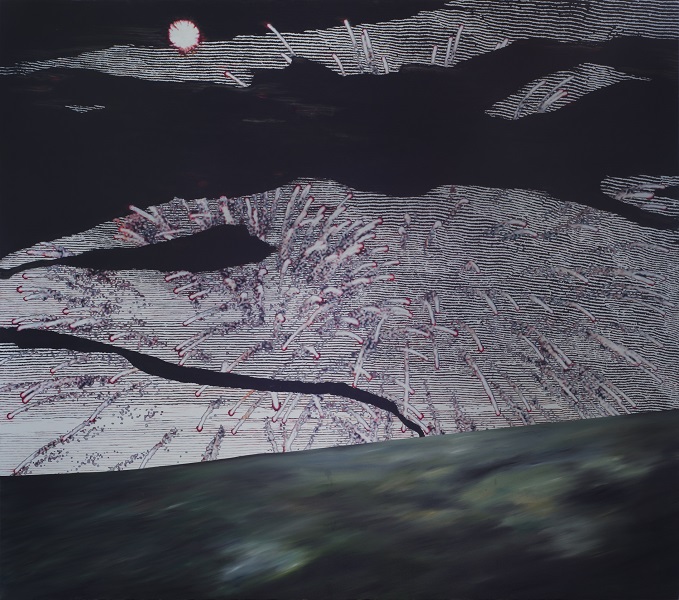 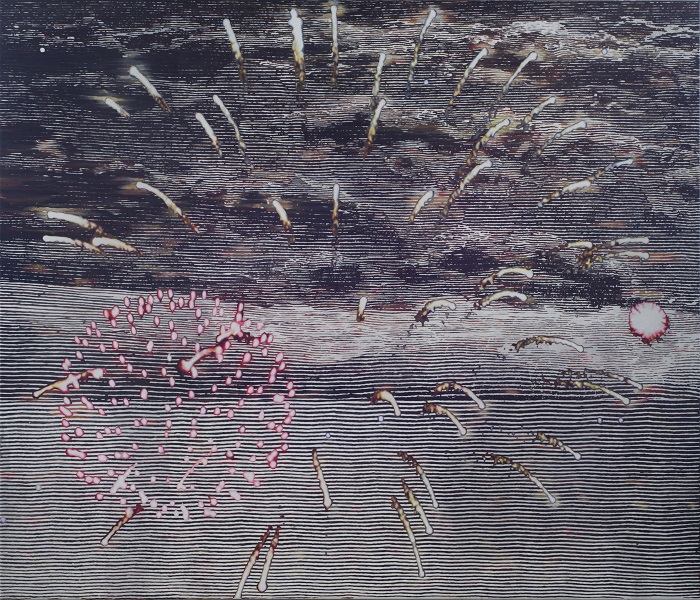 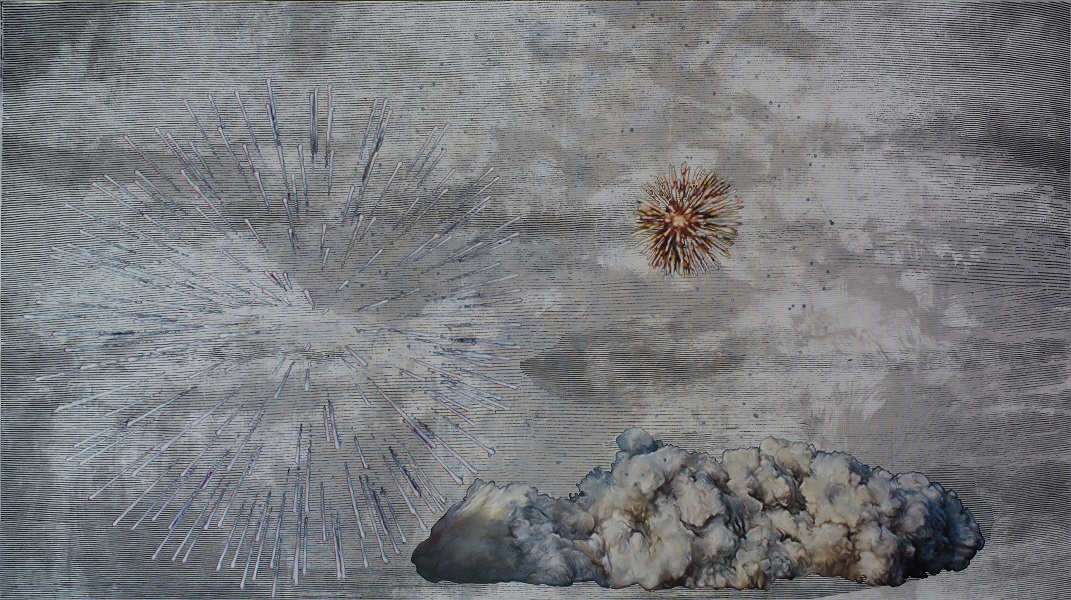 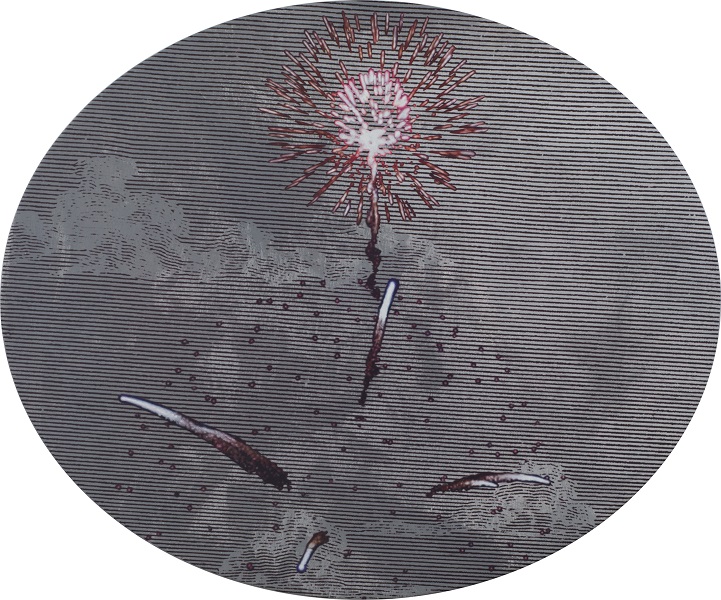 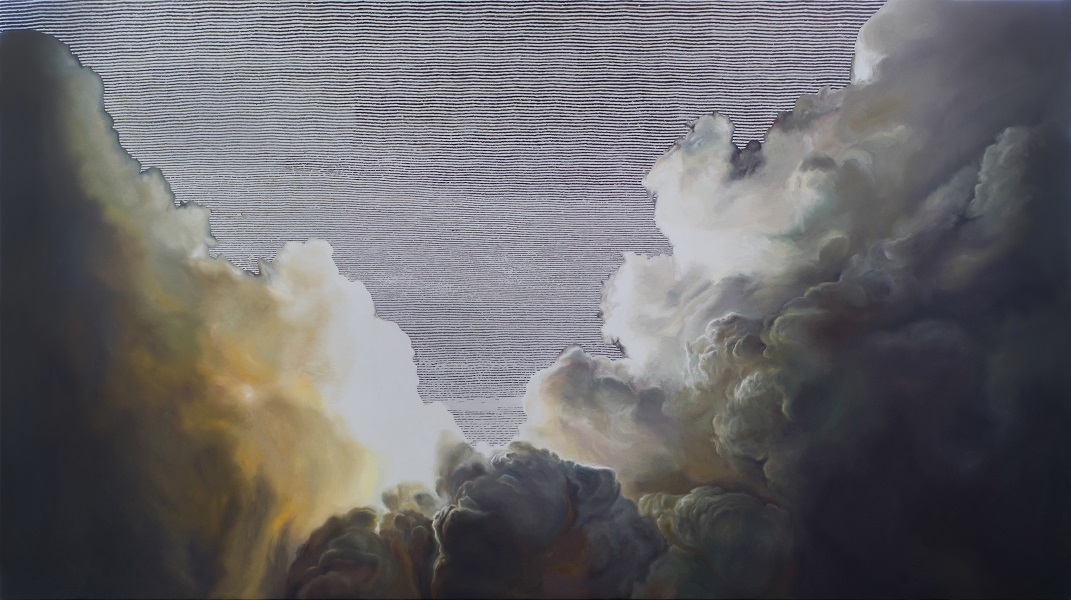 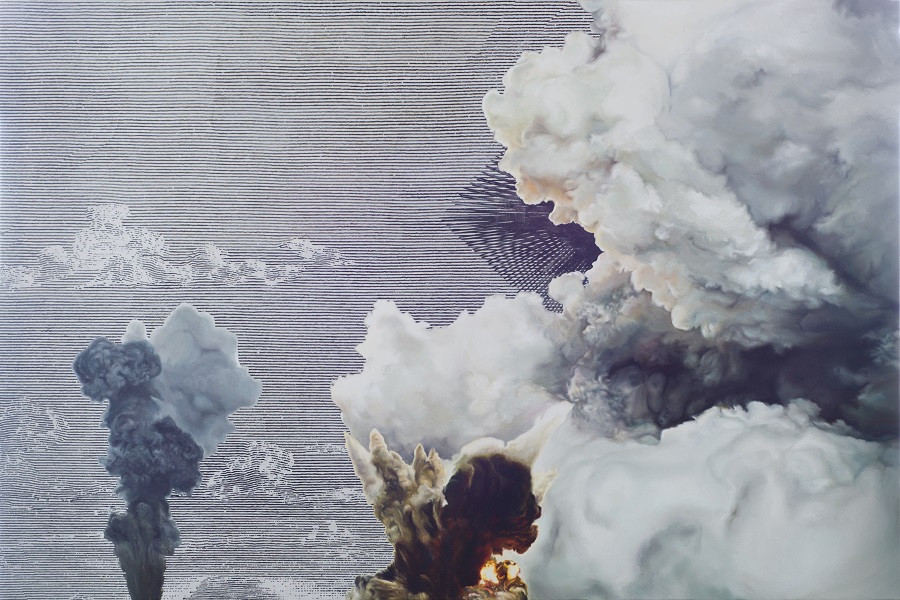 In May, Dymchuk Gallery presents a solo exhibition “Operating Manual” by Artem Volokitin, a Kharkov-based artist, who takes part in a group exhibition at the Ukrainian pavilion at the 56th Venice Biennale this year.

Interestingly, Volokitin’s piece “Spectacle – 1″ is the only painting among the other art forms in the exhibition of the Ukrainian pavilion, which includes the works of young (artists under 35 years by international standards) Ukrainian artists. Ukrainian artists are often reproached for the excessive attachment to the traditional media like oil on canvas, while in the case of Volokitin (especially in recent years) the painting looks not only quite appropriate, but also incredibly modern reflecting such attacks with dignity.

In fact, “Spectacle – 1”, as well as works previously shown at the “Fear and Hope” show in PinchukArtCentre, are linked by a common story and convey the whole range of emotions experienced by the artist as a citizen of the state, drawn into a military conflict. In a new project Volokitin continues the previously announced topic – depicting the frightening physical phenomena in the face of which the man realizes his finitude. On the one hand, Artem is fascinated by the physics of the process, which he discloses as a painter. On the other hand, portraying the explosions is a kind of living in the everyday reality that is overwhelmed with aggression. Maximally simplified graphical background of his work resembles the technique of an engraving. And here comes to mind a series of etchings «The Disasters of War” by Francisco Goya (1810-20). Of course, the story line of Volokitin’s works differs, but his intention to portray the military conflict in Ukraine, which he witnesses, is similar, at first glance, to a task that Goya tried to solve – realistic depicting the horrors of war. Volokitin does not portray dismembered bodies and military atrocities. He shows us an almost television picture (black and white strip background is also an allusion to the old tube TV screen) of explosions, clouds of smoke, herewith giving the works highly poetic titles like “Irreversible Beauty” or “Spectacle”. And if Goya was a direct witness of the war in the nineteenth century, Volokitin, like most people in twenty-first century, is watching her through the mass media. Is this a reason why does the picture look so frighteningly beautiful and coldly aloof? It seems that an aestheticization of catastrophes, explosions and destruction takes place here, and in this the series “Operating Manual” is absolutely opposite to “The Disasters of War”.

Medialisation of our lives, and, in particular, the military conflict in the east of Ukraine, to which Kharkiv-based Volokitin is in close proximity, definitely has become the main leitmotif of his artistic practice in recent years. Incredibly interesting to watch this transformation and we can only guess where it will lead Volokitin to in the future.

Artem Volokitin (1981) is a Ukrainian artist. Lives and works in Kharkiv and Kyiv. In 2005 graduated from the Kharkiv State Academy of Design and Arts. 1st Degree winner at Eidos (2007); awarded the first Prize for art decision at Non-Stop Media festival (2008). 1st Degree winner at PinchukArtCentre Prize (2009), nominee for the Future Generation Art Prize (2011). In 2010 studied at Anthony Gormley’s workshop, London, the UK. One of the representatives at the Ukrainian national pavilion at the 56th La Biennale di Venezia (2015).