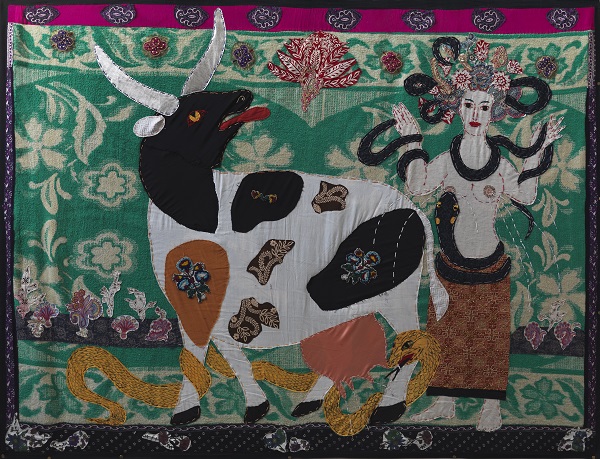 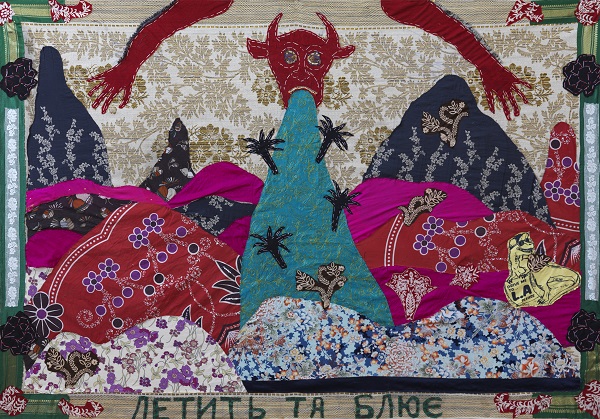 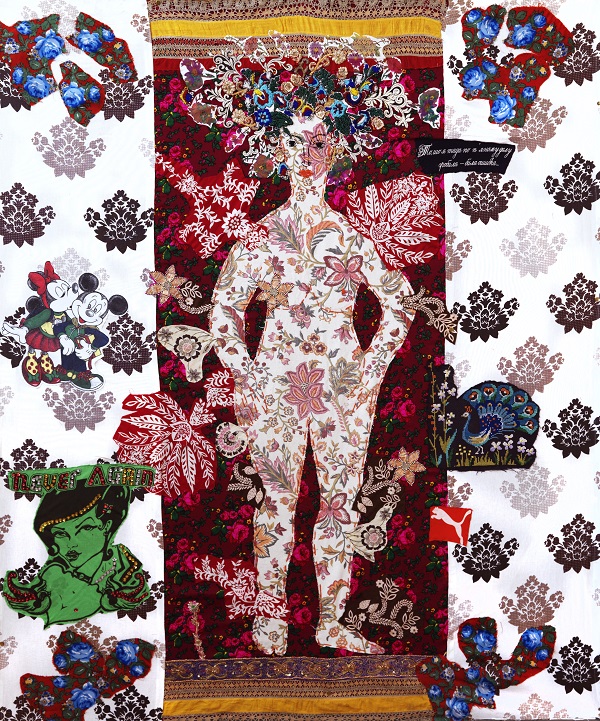 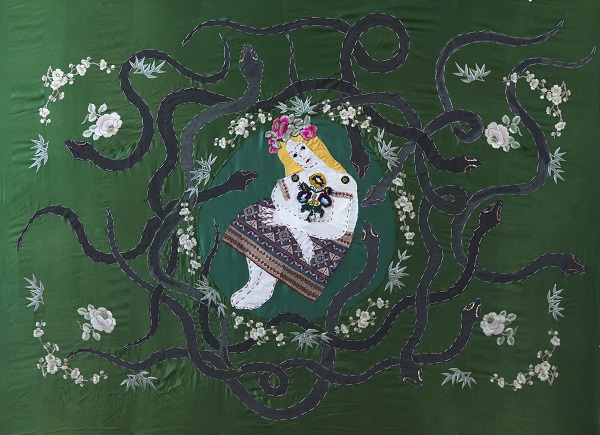 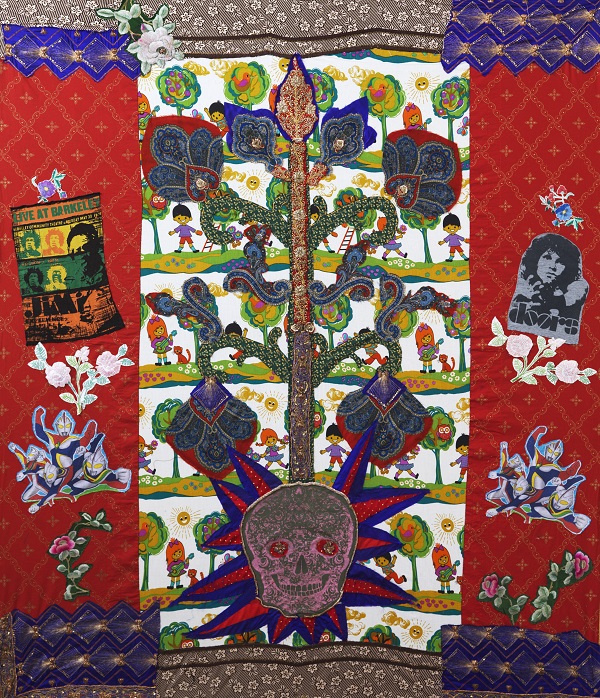 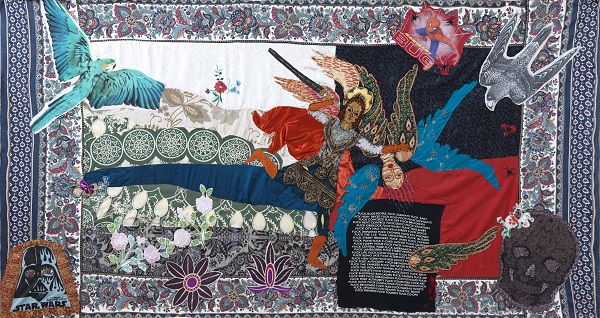 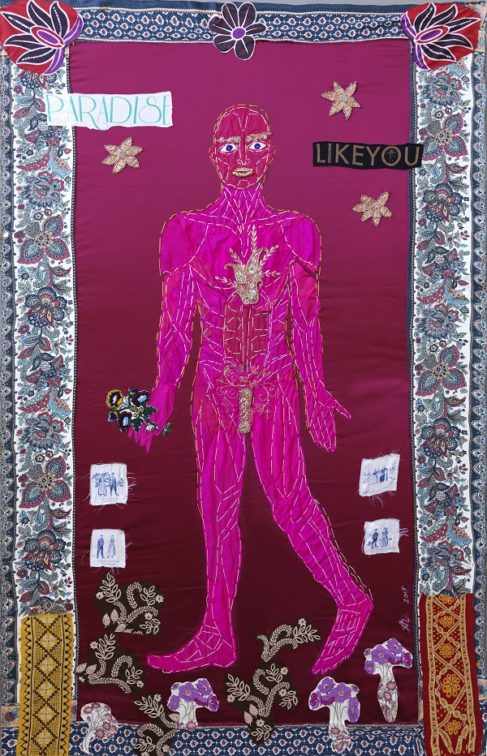 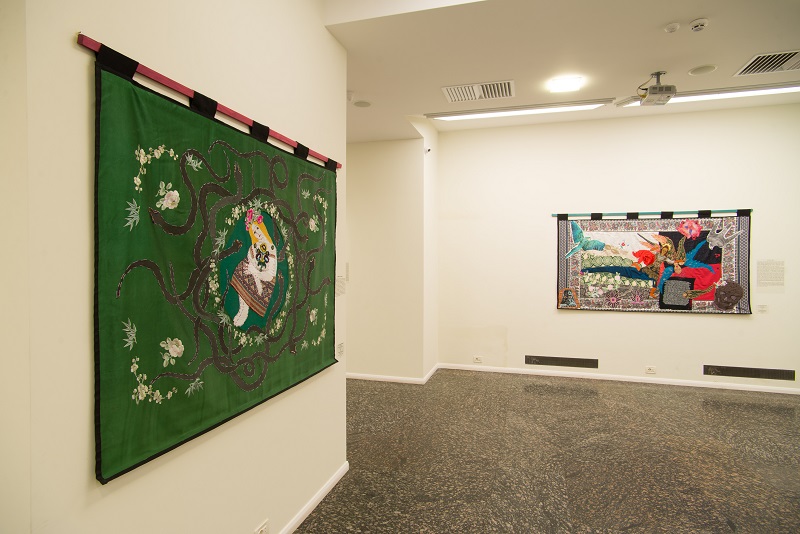 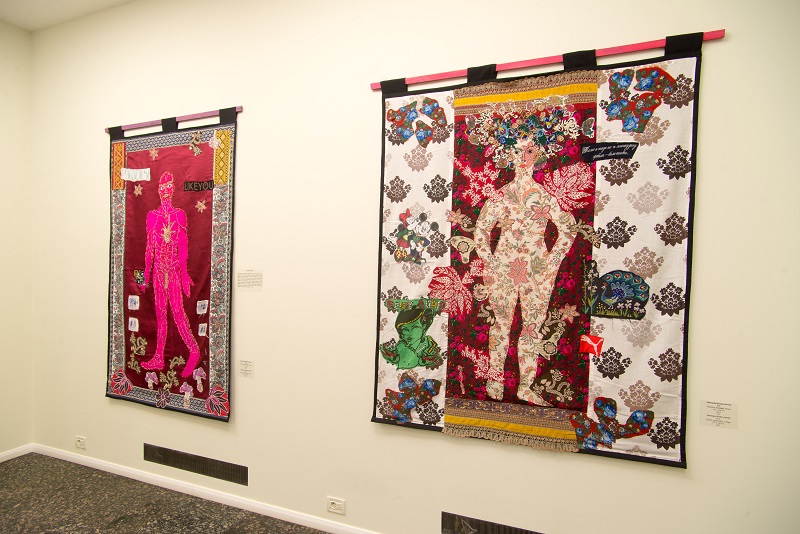 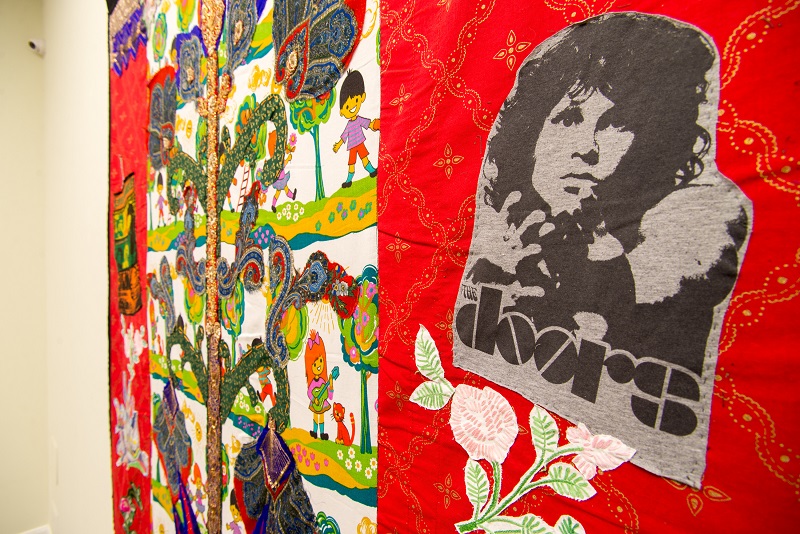 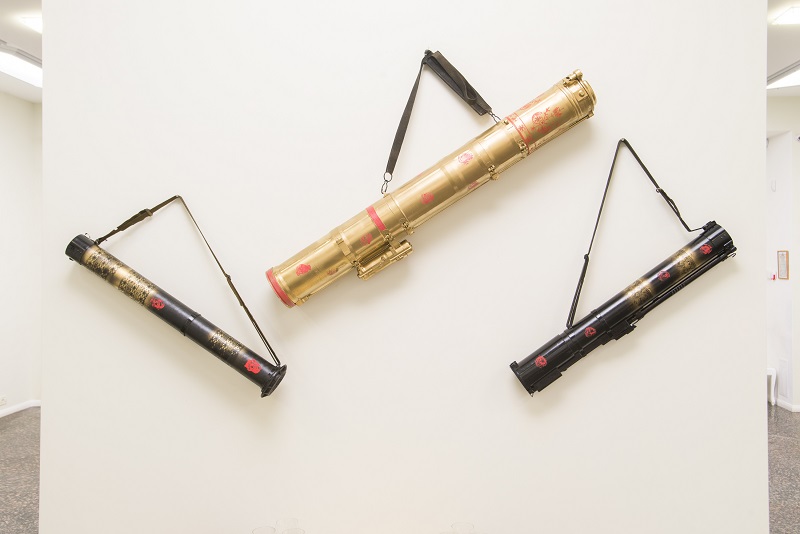 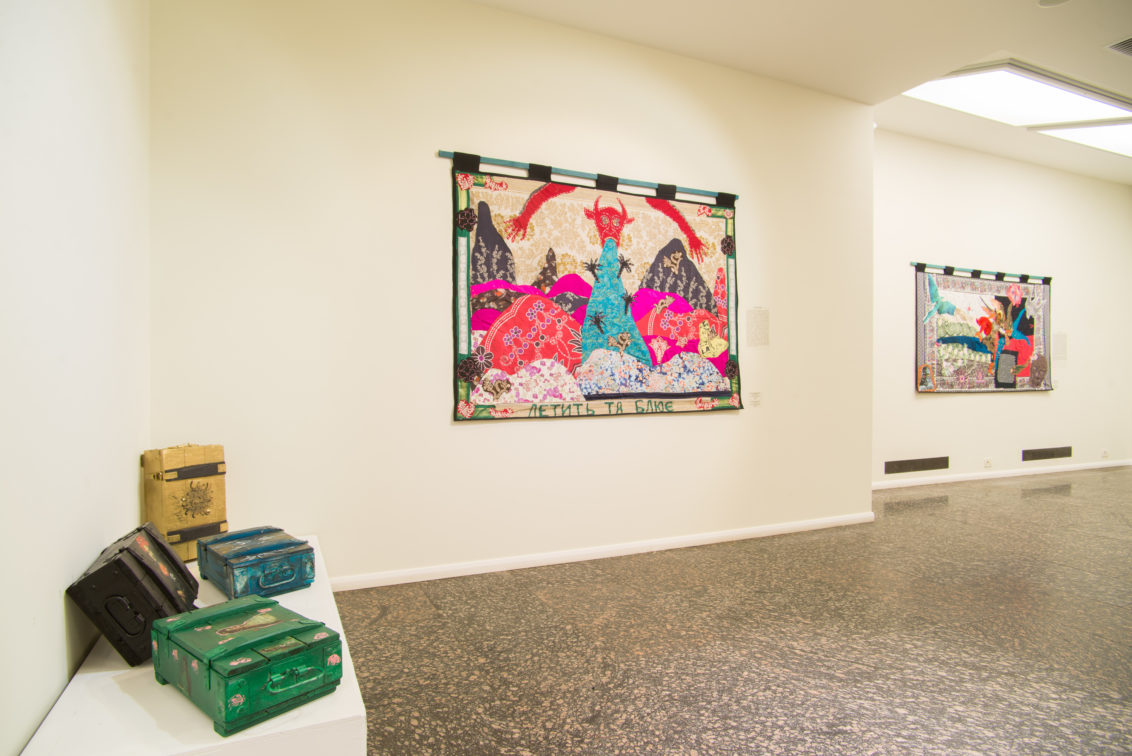 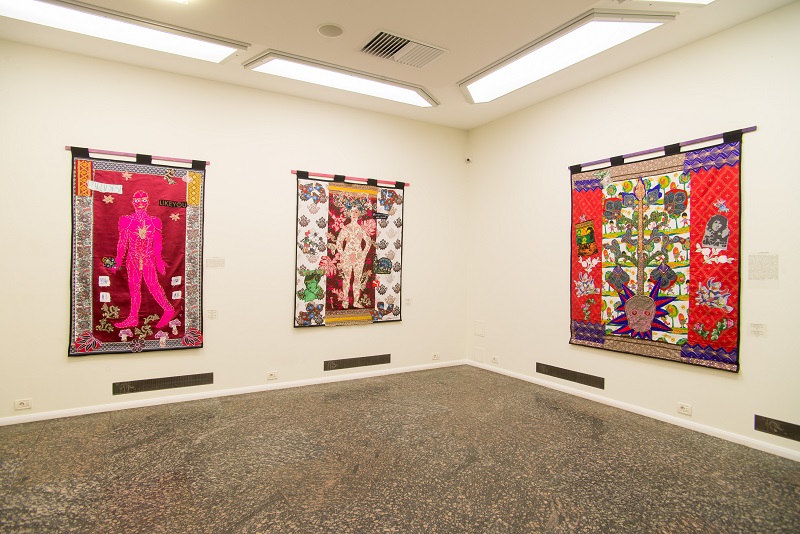 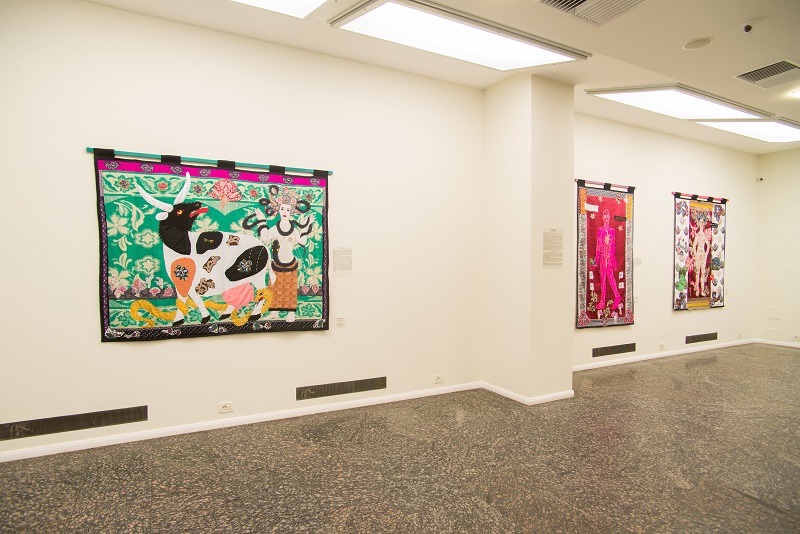 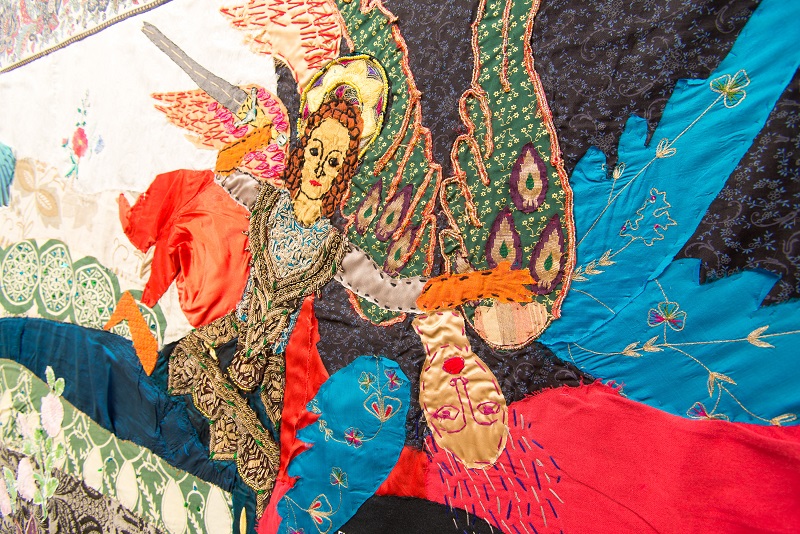 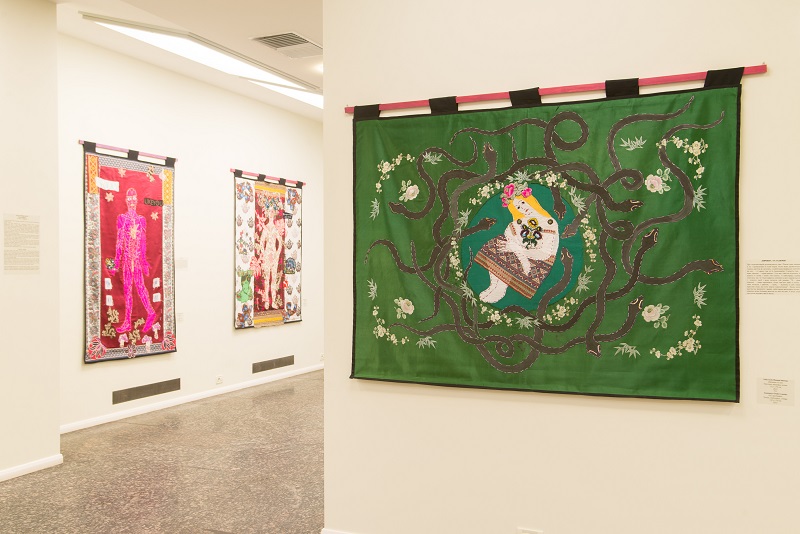 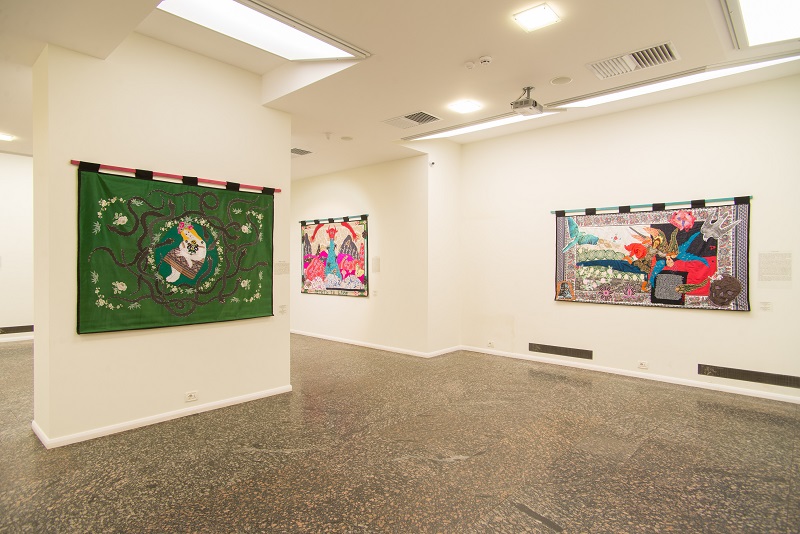 On the 21st of January Dymchuk Gallery opens a solo show “Country-Horror” by Anastasiya Podervyanska.
Recently, Anastasiya Podervyanska became interested in the book “Ukrainian People in Their Legends, Religious Views and Beliefs: Ukrainian Cosmogonic Folk Views and Beliefs” by Georgiy Bulashev. The book, written in 1909, contains short stories that reflect folk beliefs and demonstrate the fusion of paganism and Christianity.
Folk interpretation of biblical stories and legends about the creation of the world served as the basis for creating a series of works performed on the carpets and blankets in mixed media (embroidery, collage).
The media chosen by the artist allows constructing numerous narratives, comparing and contrasting them, also introducing elements of contemporary popular culture, and mixing them with national culture. Thus, a seemingly forgotten and irrelevant in the modern conditions histories, get new meanings.
The title of the exhibition certainly demonstrates that the artist chose irony as her methodology and, in contrast to serious theoretical reflections of historians and anthropologists, she appealed to the ordinary people’s language which describes the different phenomena experienced in daily life in its own way. “Woman and Snakes” and “Flies and Vomits” are vivid examples of such approach.
The exhibition will feature seven works, as well as a series of painted boxes.

Anastasiya Podervyanska (1978) is a Ukrainian artist. Lives and works in Kyiv. Member of the National Union of Artists since 2002. Her works are in the collections of: Eurolab, Museum of Modern Art of Ukraine, in private collections in Ukraine, Poland, Germany, Macedonia, the United States.