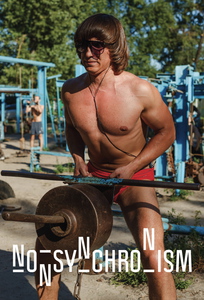 “7km” is almost ten times bigger than the “Centro” in Oberhausen and almost twice as big as the famous “Mall of America” in Bloomington, USA. The majority of the shops here aren’t accommodated in buildings, nor in kiosks. Instead, they are housed in cargo containers stacked in two storeys, one on top of the other, 16,000 in total. The goods are stored in the upper containers and then sold in the lower ones. None of the shops have names, only numbers. In addition, there are innumerable tents and awn-ings pitched in front and between the containers. The market is de facto a miniature version of Odessa. It is a state within a state with its own rules and laws. The streets of containers are exceedingly long and have been painted different colours to aid better orientation. There is a White Street, a Yellow Street, a Blue Street, a Pale Blue Street, an Apricot Street, a Grey Street, a Green Street, and a Pink Street, to name but a few.

“Kachalka” comes from the Russian word »Kachat« (pump) and is an open-air gym. It started in the early 70s with a (weightlifting) bar between two poplars near the beach. At the same time, some fitness enthusiasts have begun to construct the sport equipment under the leader of the mathematician Jurij Kuk and the gymnast Kasimir Jagelsky alone. With own investment, effort and many tons of scrap metal they have progressed little by little in this construction. Today, »Kachalka« covers about 10,000 square meters and has about 200 gym units.

The »muscle machines« based on own designs and have been welded from rusty steel scraps and rammed into the fine sand. For some weights, they used often parts of tank treads, machinery gears, crane hooks, stones or other things. The thick welds such as a finger hold together steel beams, axles and heating pipes.

Kirill Golovchenko (born 1974 in Odessa, Ukraine) lives and works in Odessa and Mainz, Germany. From 2002 until 2007 he studied photography by Darmstadt University of Applied Sciences in Germany. After been supported in the last two years of his studies by Barbara Klemm in the meantime the interest in the work of Kirill Golovchenko grows more and more. He got the Award of Documentary Photography by the Wuestenrot Foundation for the his work »7km – Field of wonders«. Further he got the DAAD Scholarship and VG Bild-Kunst Projekt Scholarship for the new project »The Ukrainian Breakthrough«. Also invitations to a solo and couple of photo exhibitions, and at least in 2009 the printing of the book »7km – Field of wonders« by Snoeck Publisher (Germany) was friendly supported by the Stiftung Kunstfonds.