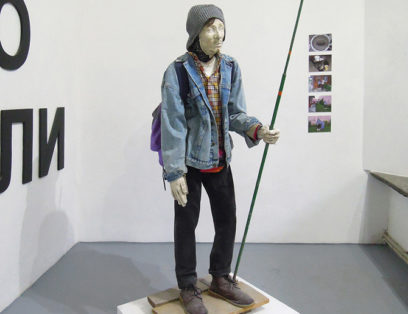 Dymchuk Gallery announced the name of the winner Open Call 2017 for young Ukrainian artists up to 35 years.

A total of 176 approved applications from 13 regions of Ukraine.

The jury, composed of Anatoly Dymchuk, Catherine Filyuk, Ana Smolak, Ute Kilter and Kinder Album, worked out 14 proposals included in the short-list and selected the winner.
The exhibition of the winner, who became Eugene Samborsky happen in Dymchuk Gallery in May 2017.

Eugene Samborsky – a young artist from Ivano-Frankivsk, a member of numerous residences both in Ukraine and abroad, the first winner of the special PinchukArtCentre Prize 2013 (as part of the Open Group). It works with various media such as installation, video, performance.