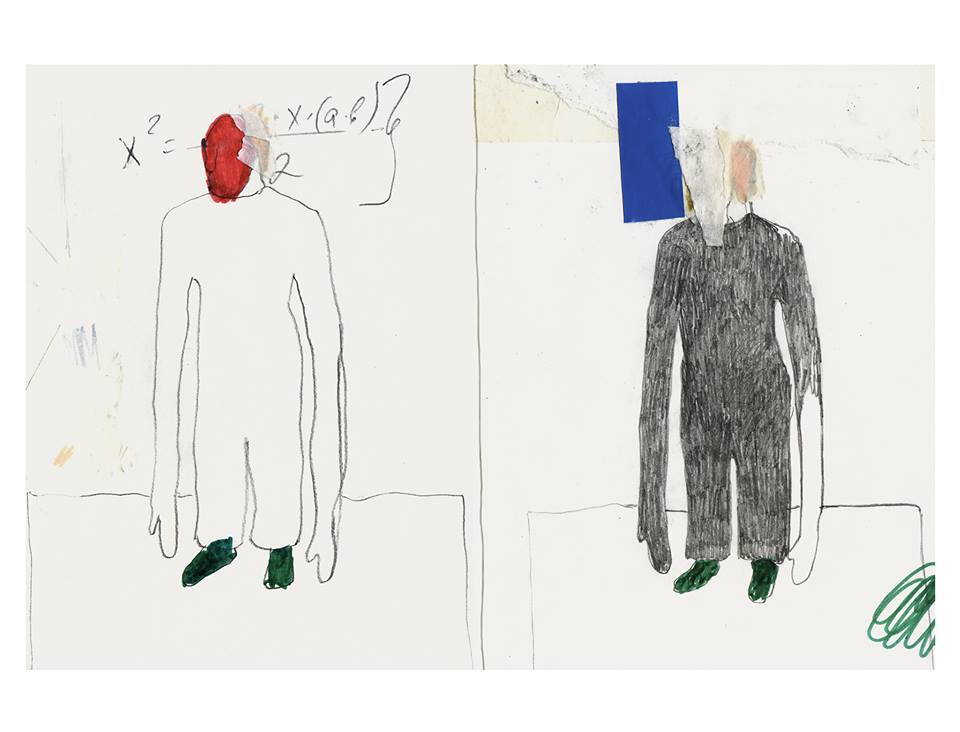 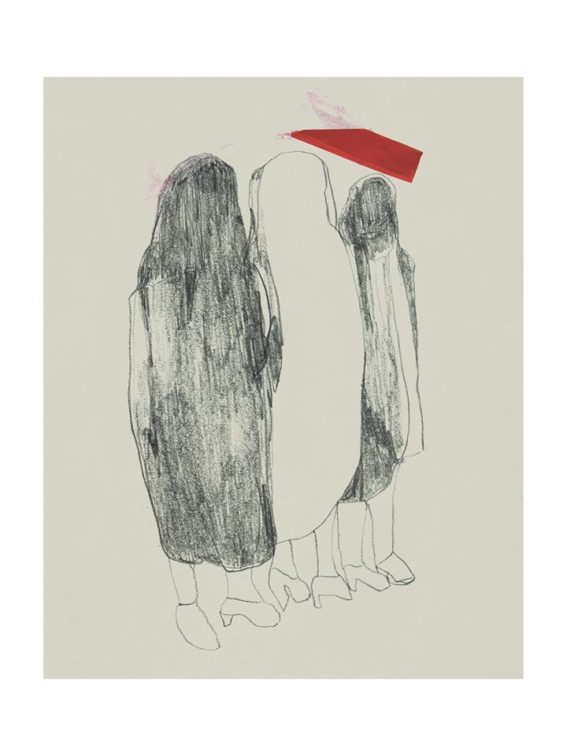 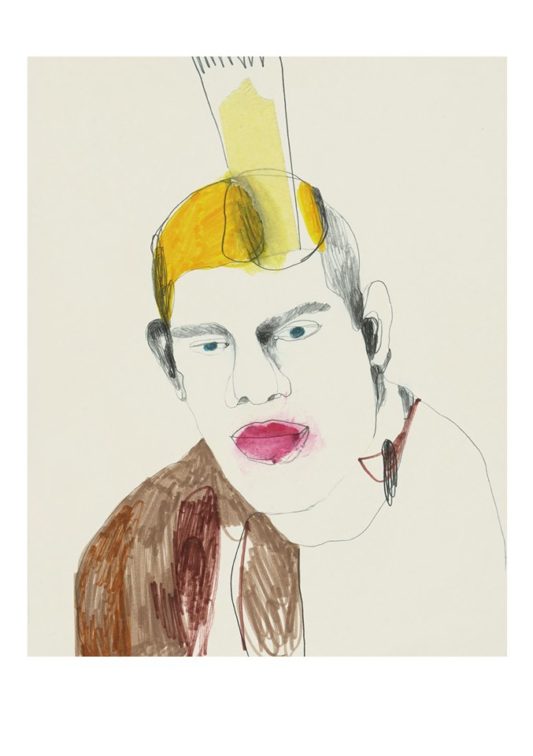 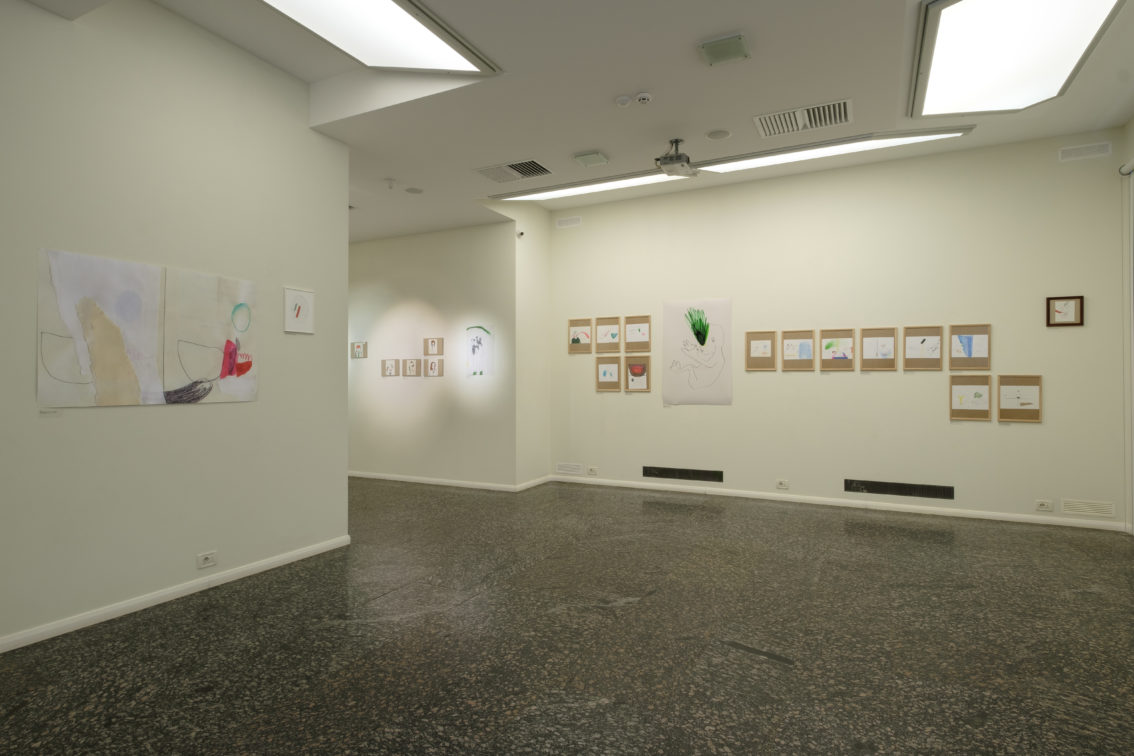 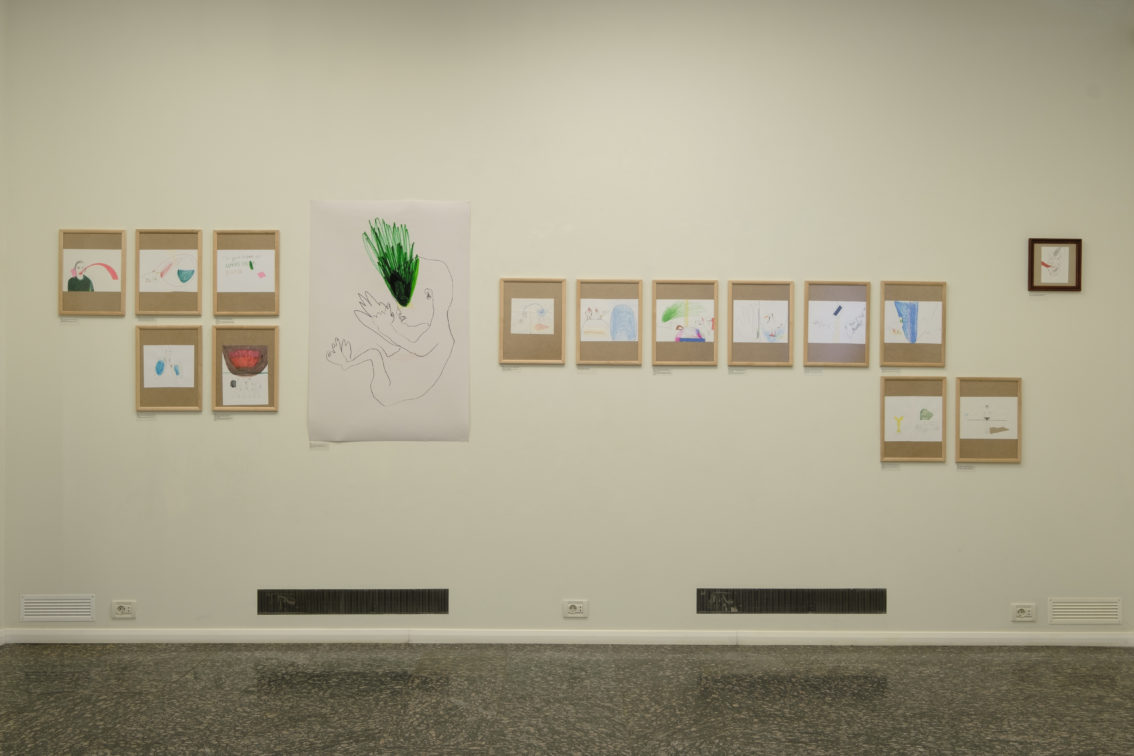 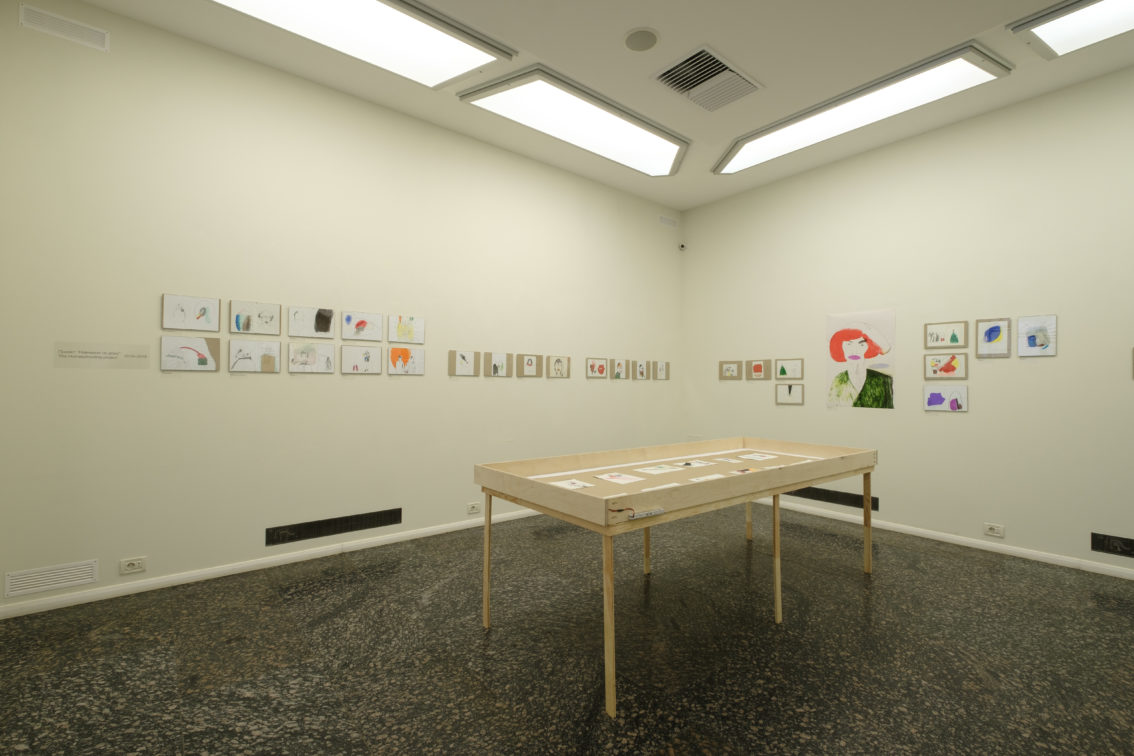 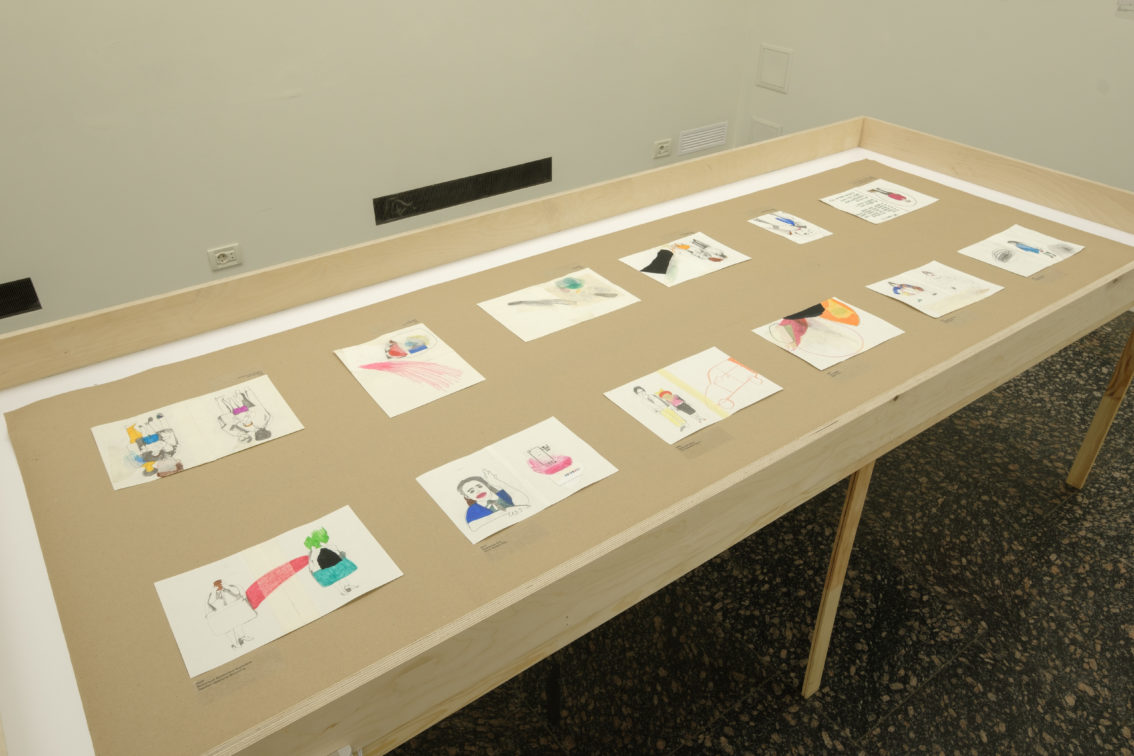 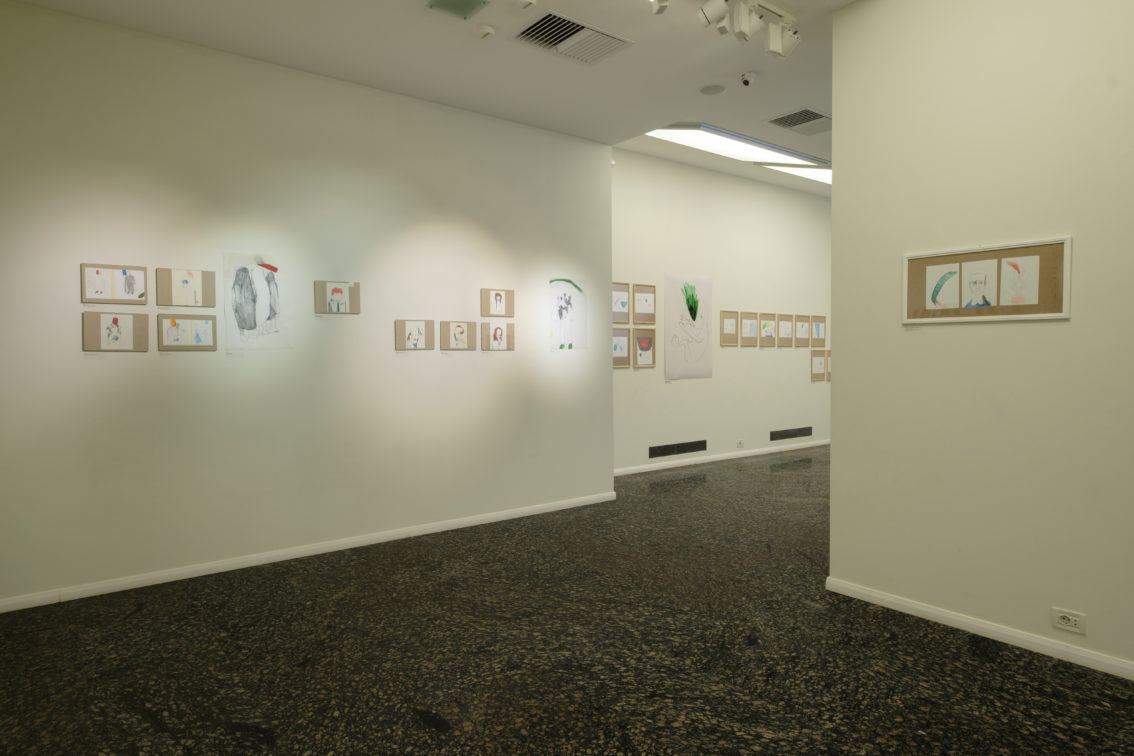 Dymchuk Gallery presents a series of graphic works by Yaroslav Solop
УРЕЧЕВЛЕННЯ/OBJECTIFIED.
The project includes the series Encyclopedia of Amazing Facts and The Homeschooling
project, in which the artist reflects on the impact of myth on social and individual
consciousness.
Mythology is most often associated with ancient legends and folklore, but the term has a
much broader interpretation. The presence of myths is an integral feature of the formation
of society, and often a driver of its development.

Yaroslav Solop refers to the concept of myth by Roland Barthes. In the collection of
essays Mythologies, a French scholar connects everyday and popular culture with the
myth, arguing that anything can be a myth. After all, a myth is not a specific idea or
statement; it is a system in which social and political phenomena are regarded as natural.
Following Bart, the artist chooses materials for his research among recognizable everyday
objects and practices: the period of schooling and numerous random “facts”.
Using the ideas of the philosopher, Yaroslav Solop examines the myth in the age of new
technologies. Digital space has become a favorable environment for myth-making, making
available the amount of information that is physically impossible to learn. Adapted to
convenient and fast consumption, the message inevitably distorts facts, events and
scientific achievements. In order to resist this distortion, a contemporary person should
carefully check all the news and facts. After all, today, more than ever, myth is a mean of
distribution of propaganda and misinformation.

Yaroslav Solop (born 1979) Sokyriany, Chernivtsi region, Ukraine.
Artist, curator, photo-explorer, lives and works in Kyiv.
Graduated Lviv National Academy Of Arts (Lviv, Ukraine) and FotoDepartament Institute
of St. Petersburg (St. Petersburg, Russia).
Since 2010, the author`s works have been presented at group and personal exhibitions in
Ukraine and abroad.
In 2012 defended his dissertation on the topic of theory and practice of contemporary
photography.